Today we have mostly been wondering just how, in the name of all things AV, TV manufacturers are actually making money any more.

For starters, it looks as peachy as a baked peach served with peach ice cream. Its rear is slim with a capital s, and its bezel is glossy, exceptionally narrow and beautifully dressed in one of Samsung’s trademark ‘crystal’ finishes. As well as looking great, the emphasis on slimness means that, like so many Samsung TVs this year, the UE40D5520 is able to fit its 40in pictures into the sort of space that would normally only take a 37in or maybe even 32in TV. 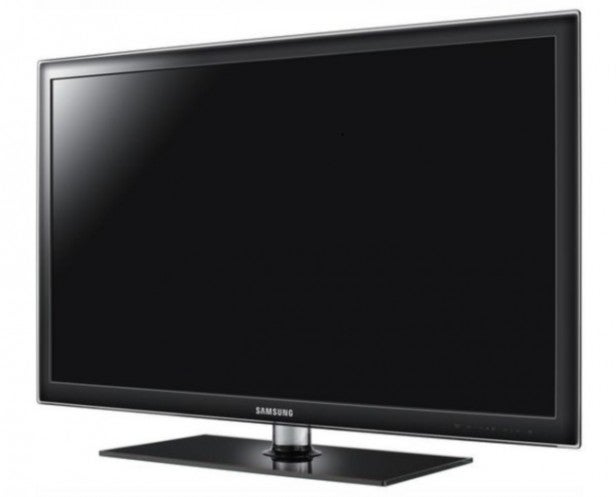 Obviously a TV as slim – and light – as the UE40D5520 would look great hanging on the wall. So it’s nice to find it positioning all of its connection ports for side entry, so wall-hangers don’t have to have cables sticking straight out of the TV’s rear and, effectively, right into their wall. The number of connections provided is exceptional for such a cheap TV too. Its four HDMIs are enough to cater for an ambitious, multi-source enthusiast’s set up, never mind the likely less source-heavy mainstream living rooms its price could well attract.

It’s got a LAN port too, there as mandatory support for a Freeview HD tuner (something you wouldn’t necessarily expect to find on such a cheap set); as a means of streaming in files from DLNA PCs; and last but not least, as a portal for accessing Samsung’s 2011 Smart TV platform.

There are also a couple of USB ports, capable of playing back photo, music and video files, and also able to take an optional USB dongle to enable the TV for Wi-Fi.

We’ve covered Samsung’s Smart TV system in some depth in previous reviews, so we’ll keep our mention of it here relatively brief.

On the content side it’s got a healthy and seemingly continually growing roster of video content, including YouTube, LoveFilm, AceTrax, the BBC iPlayer, and a recently added BBC News video headline service. Plus it’s also got dozens and dozens of smaller-scale ‘apps’, featuring simple games and infotainment for the most part.

As with the welter of apps on LG’s latest Smart TV platform, many, nay most of the apps on the Samsung UE40D5520 will be of minimal or zero interest to most normal folk. But we guess the main point is that the app system works, and works well, so all that needs to be accomplished now is a refinement/improvement in the quality and usefulness of the apps on offer.

Access to all the online content, and all the TV’s sources, actually, comes courtesy of Samsung’s class-leading Smart Hub screen, which handles a truly remarkable amount of content without looking cluttered, untidy or confusing.

The only issue with the UE40D5520’s Smart TV implementation is that unlike models higher up Samsung’s range, it doesn’t include either an open Web browser or Skype functionality.

Signs of the UE40D5520’s lowly price creep into its set up features too. For instance, there’s no proper colour management system – though you can adjust the red, green and blue elements of the white balance. You do get a plethora of little processing ‘side dishes’, such as noise reduction options, a black level booster, an edge enhancer and so on, but for the most part many of our readers will probably prefer to leave these features set to off. 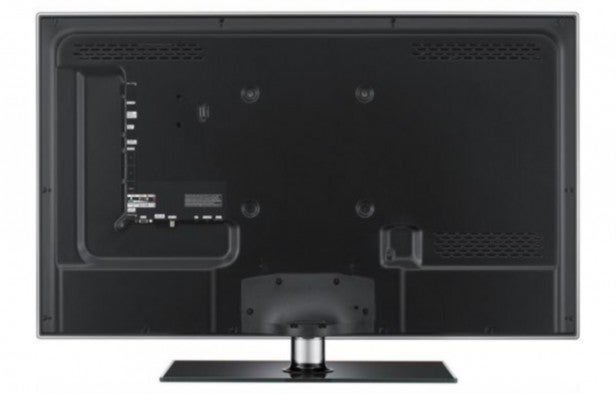 A possible exception is the MotionPlus system, which can reduce the slight blurring over motion the UE40D5520 tends to suffer with. That said, even sticking with MotionPlus’s lowest setting, the slight boost in motion clarity it delivers is accompanied by some artefacting, such as flickering edges and occasional ‘haloing’ around moving objects.

We personally tended to leave the motion processing off – especially as the screen’s native motion blur/response time issues aren’t severe at all once the TV has warmed up from cold for a few minutes.

Delving into other aspects of the UE40D5520’s performance, it’s really remarkable how accomplished its pictures look for such an affordable set. Particularly exciting is its black level response, which is comfortably the best we’ve seen from any of the recent glut of affordable 40-42in TVs that have come our way.

For a start, blacks just look blacker than they do on rival budget sets, with less of the greyness that’s all too common still with LCD technology. Even better, there’s only the most minor trouble with the sort of backlight clouding/inconsistency that can damage viewing of dark scenes on edge LED TVs. With the UE40D5520, while you can’t completely get rid of backlight inconsistencies, they’re certainly controllable enough with careful adjustment of the backlight, contrast and brightness levels not to represent, in our opinion, a real distraction, even during the darkest of movie moments.

The single best thing about the UE40D5520’s handling of dark scenes, though, is how much shadow detail it manages to produce while delivering its deep black colours. Most other highly affordable edge LED TVs tend to have to take so much brightness out of the image to produce convincing black colours that really dark parts of the picture look hollow and devoid of detail. But with the UE40D5520 dark scenes tend to look almost as deep, layered and detailed as bright ones. Samsung has even provided a dedicated adjustment to help you refine the balance between black level depth and shadow detail to suit your tastes.

Turning to the UE40D5520’s colour response, initially a curious hint of orange infused the colour palette when using the TV’s presets. But happily, despite only having a white balance adjustment and basic colour saturation/tint controls to play with, we managed to rein this problem in to our satisfaction, leaving us able to appreciate instead the impressive punchiness, dynamism and, indeed, accuracy of the vast majority of the expansive colour palette on offer. 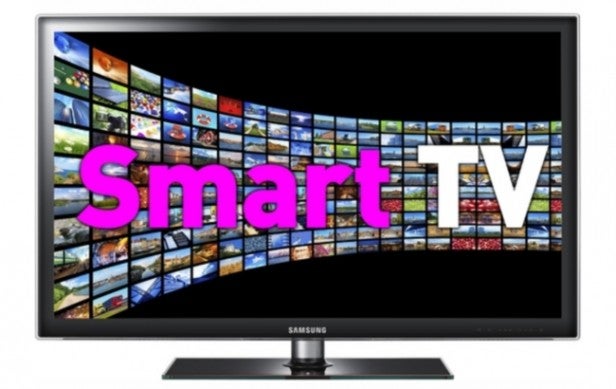 The UE40D5520’s pictures look effortlessly crisp and detailed with HD sources, except for when there’s minor blurring caused by lots of motion in the picture. Even the set’s standard definition pictures look great – clean, detailed, and natural. In fact, along with its black level performance, the UE40D5520’s standard definition efforts are arguably what most sets it apart from rival budget models.

For much of the time, the UE40D5520’s audio is OK. Certainly normal, day to day TV viewing sounds just fine. However, things go a bit awry if you feed the speakers anything approaching a thumping action movie scene, with male vocals starting to sound slightly distorted, and the speakers getting overloaded to the point where the soundstage suddenly seems to dip rather than increase in volume when the going really gets tough!

Screens like the UE40D5520 are increasingly being used as gaming monitors. So it’s good to find that placed in its game mode (bizarrely accessed via a System menu rather than the picture preset menus), this Samsung set delivers a respectably low input lag of just 34ms.

While there are plenty of other perfectly decent affordable 40in TVs out there this year, the UE40D5520 is clearly the best of the bunch we’ve seen to date – despite being also one of the most affordable.