If you’ve found yourself staring adoringly at Samsung’s extraordinarily designed 2010 edge-LED LCD TV range, only to then find yourself staring despairingly at your dwindling bank balance, then today’s review should be of interest. For what we have on our test benches right now is easily the most affordable route we’ve seen into Samsung’s latest edge-LED world.


There are two reasons why the UE32C6000 is so cheap. First, it’s relatively small at just 32in across. But second, the 6000 bit of its name reveals that it sits in the lower half of Samsung’s four-strong LED series, below the 9000, 8000, and – yes, you guessed it – 7000 series. Which immediately raises some pretty big questions over what features Samsung has stripped off it. 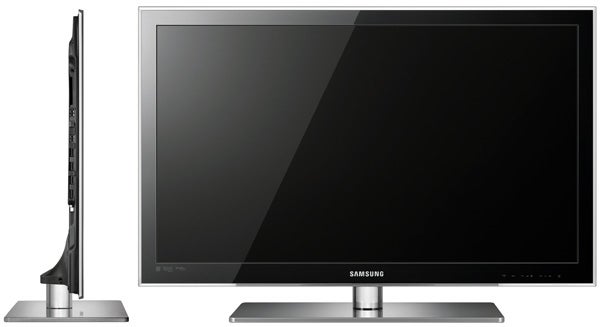 Before we get to that, though, a big two thumbs up is due to the UE32C6000’s design. We’d half expected such a relatively cheap model to be chunky and plasticky, but no. It looks adorably futuristic thanks to Samsung’s trademark svelteness, protruding less than 30mm when free of its stand. Perhaps even better considering you spend more time looking at its front than its butt is its lovely high gloss black bezel offset by a cool transparent outer trim and a remarkably solid and beautifully engineered brushed aluminium stand.


Samsung is setting the TV design pace yet again, even on a mass market TV like the UE32C6000.


Turning our attention to the UE32C6000’s connections, the fact that this set isn’t quite as skinny as Samsung’s high-end edge-LED models means you don’t have to use as many ‘shrinking’ adaptors. You can plug RF jack and Ethernet cables in directly for instance. Though not surprisingly you still have to use a provided adaptor if you’re still using anything with a Scart output. 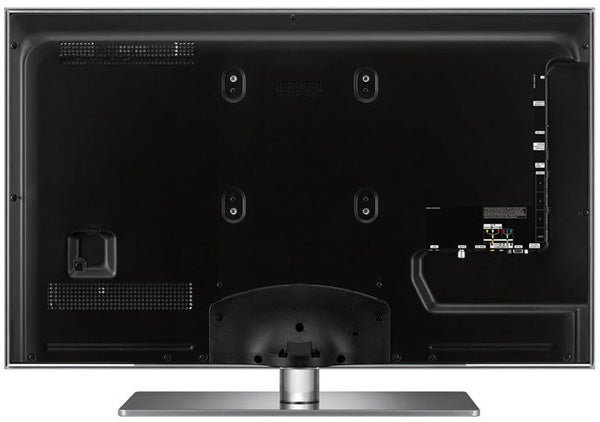 Connections are plentiful despite the 32C6000’s relatively lowly status in Samsung’s LED range, including four HDMIs, a LAN socket, a D-Sub PC port, and a couple of USBs. As we’d hope, moreover, the LAN port is there to support a built-in Freeview HD tuner, while the USBs can play a decent variety of multimedia files.


The USB and LAN ports do, however, introduce the first signs of feature trimming on the 32C6000. For while the Ethernet allows you to connect to computers on your home network, there’s no access to Samsung’s generally excellent Internet@TV online platform. And while the USBs allow you to make the TV Wi-Fi ready via an optional dongle, you can’t use them to record video to USB storage drives.


Still, while we might miss these features, none of them could ever be truly expected on a sub-£500 edge-LED 32in TV. Plus the TV is hardly short of features elsewhere.

The full HD panel, for instance, is driven by a 100Hz engine to reduce motion flaws. And the onscreen menus are impressively well stocked with features and calibration aids, including a special LED motion mode for reducing judder; multiple black level and gamma adjustments; and white balance tweaking (via red, green and blue and ‘10-point’ adjustments). Not for the first time we’re left wondering why, with so many adjustments at its disposal, Samsung doesn’t follow the lead of arch Korean rival LG in seeking endorsement from the Imaging Science Foundation (ISF). 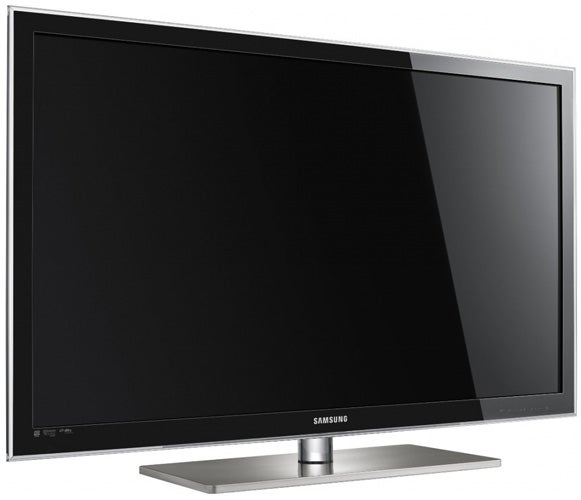 To be honest, we’d expected the 32C6000’s most obvious signs of corner cutting to emerge in its picture quality. But for the most part it performs very well indeed.


The first thing that strikes us is a familiar Samsung LED strength: dynamism. By which we mean the raw, almost visceral impact generated by a combination of high brightness levels, extremely fully saturated colours and also, crucially, a satisfying depth to the black colours that give most video images their foundation.


Looking for more subtle strengths is rewarding too. Colours prove surprisingly natural in tone despite their strong saturations, and enjoy a good degree of tonal subtlety when showing blends. Though admittedly not as much as you get with Samsung’s C8000 and C9000 models. 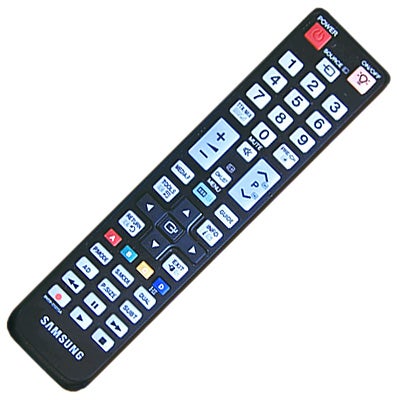 It’s also clear that the screen knows how to get the best from its full HD resolution, serving up plenty of detail and texture when showing HD material. Standard def upscaling works pretty well too, leaving non-HD sources looking reasonably sharp while only losing marginal colour accuracy. The edge is taken off the general sharpness a little when the TV has to deal with motion, even with the set’s motion processing in play. This is a key area where Samsung’s higher-spec edge LED TVs outperform the 32C6000. But to be fair, motion doesn’t actually look at all bad compared with the 32in TV world at large, at least once the TV has warmed up from each day’s cold start (many LED TVs seem to need to run for an hour or so before each day before they look their best).


Don’t be afraid to turn the motion processing off with really fast action films, though, as these can cause the processing to generate an artefact or two – especially a flickery, ghosty look to the edges of fast-moving objects.

The 32C6000‘s pictures also show one or two weaknesses, though – all revolving around the TV’s delivery of dark scenes.


First, we detected a trace of backlight inconsistency from time to time, whereby the corners of dark images look slightly lighter than the rest – especially if the picture contains a bright central element surrounded by darkness. This diminishes considerably, thankfully, if you use the Natural picture preset rather than the Dynamic one, or you reduce the backlight and brightness levels manually. But it still occasionally distracted us from what we were watching, despite our best efforts. 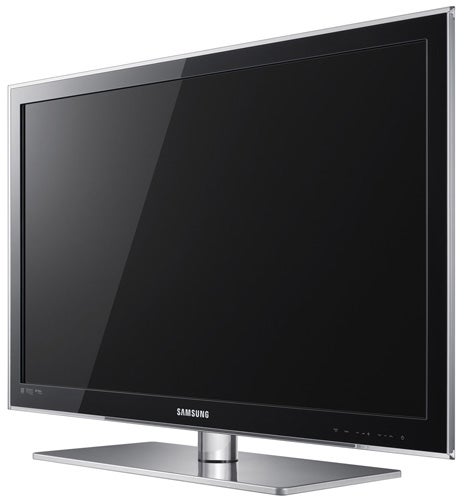 The other main issue with dark scenes is that they lack shadow detail, leaving the darkest corners looking rather hollow and slightly forced.


A lesser issue – in the sense that it’s so common to LCD TVs – is the way the backlight inconsistencies grow and contrast reduces if you have to watch the TV from any angle greater than 35-40 degrees.


Sonically the 32C6000 is decent enough for such a slim 32in TV. This may seem to be damning the TV with faint praise given how uninspiring ultra-slim TV audio generally is, but the 32C6000 does genuinely sound middling to good with basic TV fare. And while it suffers a lack of bass with action sequences, it doesn’t break down completely like Samsung’s previous generation of slim TVs did.


As well as setting the bar in design terms, the 32C6000 is a very decent all-round performer, making both its edge LED lighting and solid picture processing pay. If you fancy Samsung’s Internet@TV service then you might want to go for one of Samsung’s online-capable CCFL LCD TVs instead; the excellent 32C650 can be had for as little as £440 if you shop around online. But if you just can’t resist those sultry edge LED looks, then you can get the 32C6000 safe in the knowledge that its beauty isn’t just skin deep. 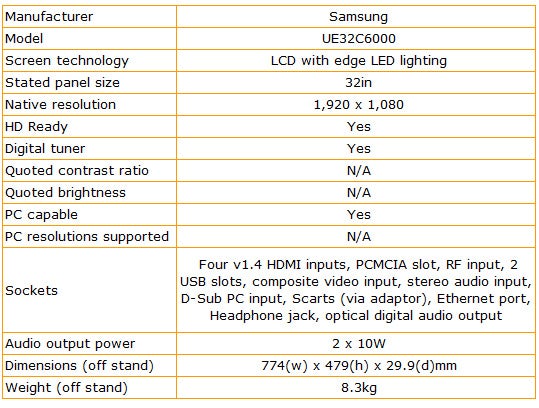