The last Samsung handset I looked at was the high-end i8910 HD which was good enough to get one of our Recommended awards. Now I have the Tocco Lite, an altogether different proposition. It is designed for those that can’t afford the high-end stuff, effectively bringing the touchscreen interface to a wider audience.


The Tocco Lite is a progression in a long line up. In May I had the slider Tocco Ultra, and way before that, this time last year, the original Tocco F480. 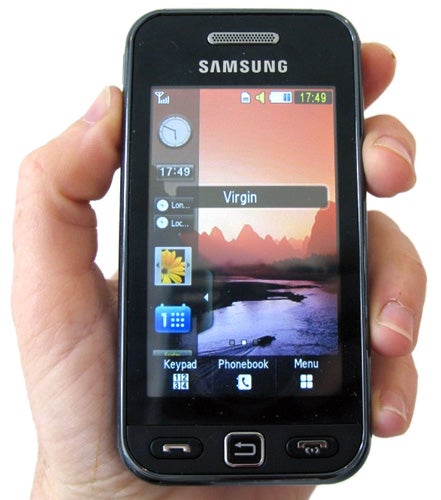 A year on, the Tocco Lite keeps the original’s all touchscreen, slab rather than slider design. And it is affordable. My review sample, for example, came from Virgin Mobile where it is free on 18-month contracts from £12 a month, or costs £44 on an ultra low £8.50 per month 18-month contract. And on Pay As You Go it costs just £130.


Of course you don’t get every whistle and bell for that kind of money. The camera, for example, shoots at just 3.2 megapixels. More difficult to swallow for some, perhaps, will be the lack of 3G. The Tocco Lite is quad-band GSM with GPRS and EDGE. But Samsung’s widgets concept is here, the touchscreen is responsive, and this is a relatively small and light phone for its genre.


Pocketability is actually a key plus point of this handset. At 106mm x 53.5mm x 11.9 mm, it is pretty small considering it packs a 3in screen. The screen is bright and sharp, and its 240 x 400 pixels offer enough breadth to make it perfectly adequate for space hungry activities like web browsing. The Tocco Lite is precisely what its name suggests in terms of weight. At 92g, it shouldn’t be a burden to tote. 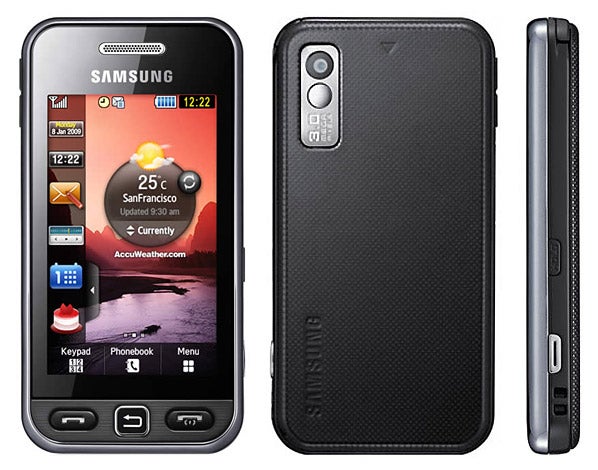 The physical design is tidy if predictable. Black is the predominant chassis colour, with a few silver highlights featuring in the three below-screen buttons. These offer Call and End features and a back button. There is a menu row on the bottom of the touchscreen, which often offers three additional shortcuts too. On the main screen, for example, these take you to the phonebook, numberpad, and the handset main menu.


The touchscreen is resistive rather than capacitive, but it proved to be quite responsive to the finger. It is certainly better tuned than many resistive touchscreens I’ve tried.


All of which makes the lack of 3G something of a pain. Yes, I know this is a budget touchscreen mobile, but the very presence of a large screen makes you hanker for the kinds of features that large screens are good at. I’ve mentioned web browsing already. Another example is the built-in Google Maps. They just cry out for fast connections. The latter also wants GPS but that is not here either. And nor is Wi-Fi.

Samsung’s touch-based user interface always impresses me, and the Tocco Lite keeps up the good work. Getting round the handset is intuitive so there’s no need to resort to the manual, and vertical menus are large so that accuracy with the finger isn’t a problem.


When it comes to entering text, there are several options. There is an accelerometer in the handset and when you are in the messaging software, you can twist the phone in your hand to get a full QWERTY keyboard in landscape mode. This is very responsive to use two-thumbed and you can toggle a T9 word recognition system on and off depending on your preference.


In portrait mode, you don’t have the QWERTY option. Instead, there is a numberpad, again with T9 toggle, and some handwriting recognition options which work well with a fingernail as long as you go quite slowly. 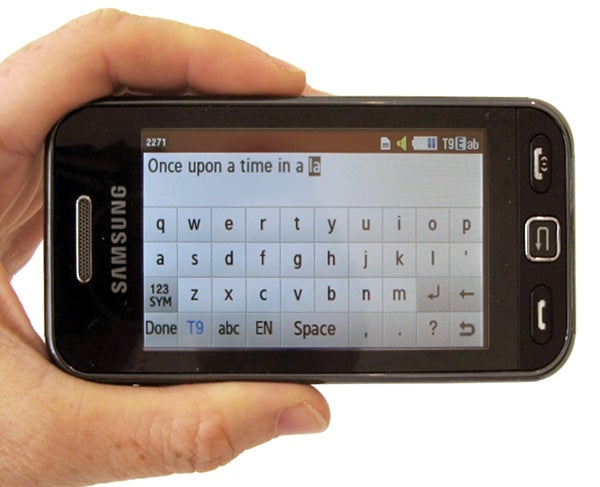 Samsung implements its good old widgets system on the Tocco Lite. There are three main screens, which you pan between with a finger. They can all be populated with widgets that you drag onto screen from a sidebar. The sidebar slides out when you tap its tab.


There are some connected widgets such as one for the weather (AccuWeather); links to Facebook and MySpace, which take you to their websites rather than being mobile clients; and a YouTube link. Trying YouTube over GPRS was not a pleasant experience. Jerky, blocky, unwatchable.


Other widgets include links to photos, the calendar, music playback controls and favourite contacts. I love the widgets system but feel Samsung has a way to go before it is perfect. One major problem is that widget icons are often large so you can only have two or three on screen at once. The multiple home screen system helps with this issue, but I am sure Samsung could make some of the widgets smaller.

There is good and bad news where music is concerned. A generous 50MB of built-in memory is expandable with microSD cards which music fans may find useful for carrying tunes. But to get to the microSD card slot you have to remove the battery making hotswapping of cards impossible.


The headset connector is Samsung’s own proprietary type and is side-mounted. This inevitably leads to pocket snagging and because Samsung provides a one-piece headset it also means you can’t use your favourite earphones for listening to music. The headset is of poor to average quality and so, while overall the Tocco Lite will do as a music phone, it certainly isn’t one I’d recommend if you are a keen music fan.


What about that camera? Well, as usual Samsung has made an excellent job of implementing the on-screen controls and it is very easy to get around by tapping the screen. There are one or two extras like a panorama mode and smile shot. 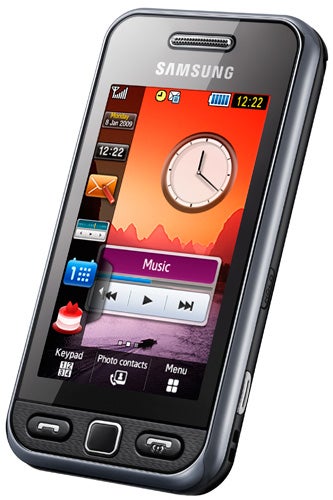 But without a flash the camera doesn’t do terribly well indoors. I found even the coloured dish, photographed under normal household lighting, was poor. Outside, things are better, though again you need good lighting conditions and to be careful about what you try to photograph. The chair is not a bad attempt but the flowers, while their colour reproduction is good, suffer from poor exposure.


Sadly, I didn’t have time to do a full music rundown battery test on this handset. I say sadly because during everyday use the battery did very well. After two days of average use, there was plenty of juice left. Probably not surprising since I kept off the Internet and there is no Wi-Fi, 3G or GPS to give it a real thrashing. But it was a decent showing nonetheless.


The Tocco Lite is a lovely handset with some annoying shortcomings. The lack of 3G is no surprise given its low price but the large screen made me wish for it (along with Wi-Fi and GPS). Oversized Widgets need some attention. But the touchscreen is very responsive and the balance between weight, handset size, and screen size is just about right. 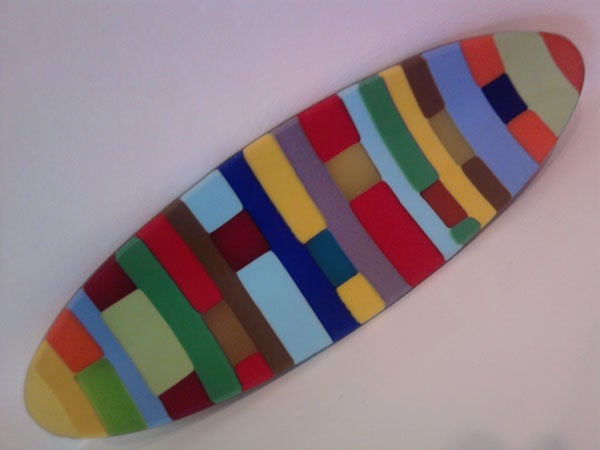 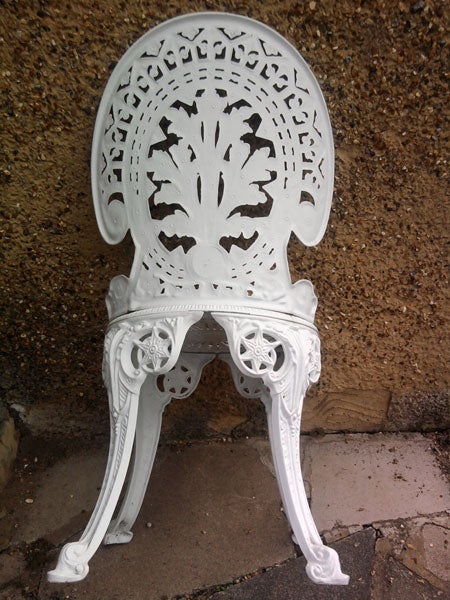 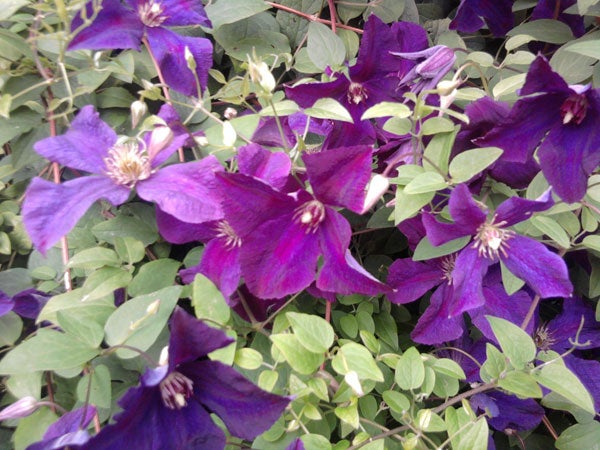