Samsung has a bit of a history of making toughened handsets for the rough and tumble of outdoor life. The latest incarnation, the Solid Extreme B2100, follows in the footsteps of the original Samsung Solid M110, and the B2700 Bound.


The Solid Extreme looks more like the Bound than the original Solid and is being sold in some quarters as the B2100 Xplore, which is what it was called on Samsung’s original press release. The B2100 part of its name remains intact whether it is called Solid Extreme or Xplore though, and it is best thought of as a less well-featured alternative to the B2700 Bound.

The point of this mobile, like its predecessors, is to survive harsh conditions outdoors. It aims to be the kind of phone you can take hiking, mountain biking, hill climbing and so on without it wimping out when it gets dropped, complaining of a cracked screen, waterlogged parts, etc. Flashes of red along the long edges give it a little touch of distinctiveness too.


Not surprisingly, then, the Solid Extreme is made of fairly robust materials. The casing is IP57 certified, which means it can withstand dust and water. It will cope with being immersed in a metre of water for 30 minutes, apparently. Oh, and it is compliant with Military Standard 810F too, which means it can survive salt fog, extreme heat and cold, and blowing rain. 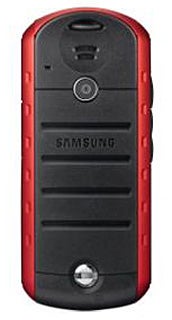 To achieve that state the handset has a toughened rubberised casing with minimal openings. The number pad is a single sheet of rubber with each key a raised pad. It was easy enough to use at a leisurely pace, though speed-texters might find it a bit unresponsive. The rubbery, non-slip finish to the buttons make it easier than usual to paw at when wearing gloves and the rubbery finish of the entire chassis should make gripping it with gloves more secure than your standard shiny plastic chassis.


The backplate fits very snugly and can only be removed by using a coin, screwdriver or something similar to unlock it. I found a fingernail was not tough enough for this job.

Side buttons run to a volume rocker and, sitting above it on the left side of the handset, a button that turns the torch, mounted on the top edge of the phone, on and off. Really, every phone should have a torch. The one here is bright and could come in real handy when, for instance, nature calls while your camping. 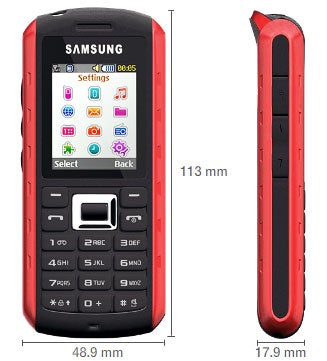 There is only one connector on the phone. It is shared by headphones and mains power and is protected by a rubber cover. The connector is proprietary and the headset Samsung provides is a one piece, fairly average affair with flat in-ear buds and no inline music controls.


Samsung says this handset has an extra powerful loudspeaker and indeed it was loud during music playback and calls. There is also noise-cancelling which Samsung says helps remove background noise during calls. I didn’t notice that it had much effect, though. 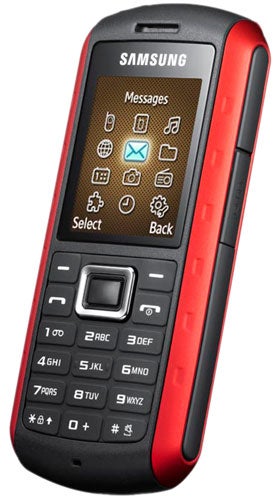 The screen measures a mere 1.77in and displays 128 x 160 pixels. That’s simply not enough for many activities and it isn’t all that easy to see outdoors, which is probably where you are going to be much of the time while using this handset. Moreover, with just dual-band GSM with GPRS and EDGE capability, data communications are largely out of the equation. Not surprisingly when trying to get the TrustedReviews site up I got an ‘Error: Document too large’ message. The browser, in fact, lives in WAP world.


There is no Wi-Fi, and no GPS either. The latter is something you might actually find useful on a mobile phone designed for the outdoor life. Moreover, the B2100 lacks the altimeter, pedometer and compass that were key selling points of the B2700 Bound. It does have one plus for the outdoor traveller, though. The ability to send an SOS message to pre-defined people as a quick option in the messaging area of the phone.

Of course there is a camera, but its qualities are lacking. Shooting stills at a maximum of 1,280 x 1,024 pixels – that’s 1.3-megapixels – is a very long way from state of the art. And as with the B2700 Bound, Samsung has decided to do something very silly with the viewfinder. There are various viewfinder modes, but only one shows what you’ll actually get in a shot. This uses just part of the small screen, making framing pictures a squint-inducing process. Choose any of the other modes, and what you see on screen includes a whole lot of edging that doesn’t appear in the final shot. 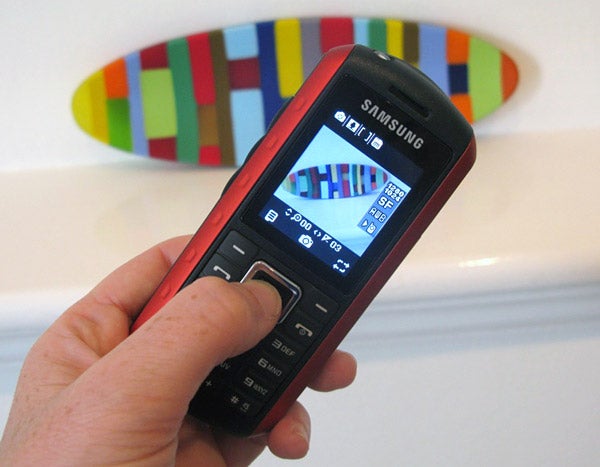 Actual shots are of quite good quality for a 1.3-megapixel camera, though. The coloured dish, photographed indoors under ordinary household lights, is a bit dark but has good colour reproduction. The chair is quite sharp, though it does have pink and blue hues where it should be uniformly white. The flowers are pretty good and their colouring is spot on.


There is an FM radio from which you can record. Battery life is superb – I got over 13 and a half hours of music playback and had to stop benchmarking before the battery gave out – it still had one of its five bars left, which could indicate another couple of hours of playback. 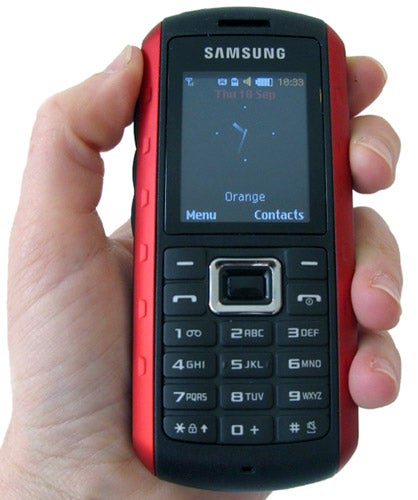 There is 10MB of built-in memory but you don’t get a PC link for file transfer. If you want to copy music (or other) files to and from microSD cards you’ll be irritated that the slot is under the battery. Usually that is unforgivable, but in this case it is perfectly understandable. Placing the slot anywhere else might have caused problems with the dust and water resistant properties of the phone as obviously a side-mounted slot is less easy to protect.


Don’t get worked up about the Samsung Solid Extreme if it’s specs you’re looking for. Thinking of it as a second handset for weekends away might be a better idea. If, of course, you can live without the fancy things your main handset offers. 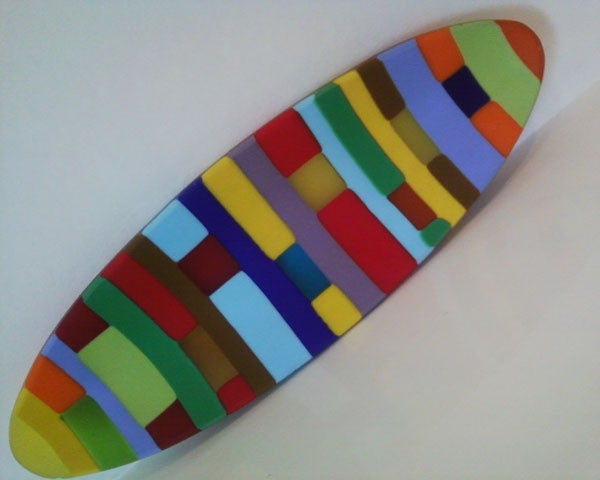 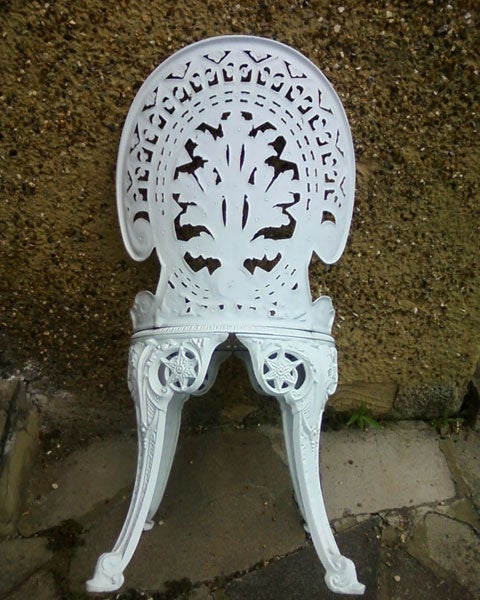 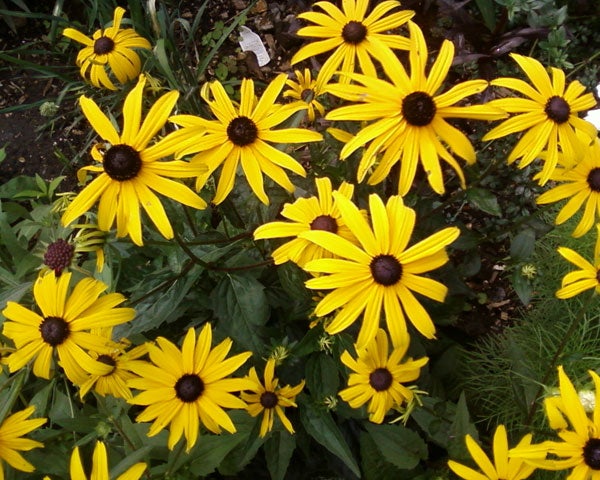