While I wait for Samsung’s recently announced five megapixel G600 to arrive, I’ve settled down with its SGH-U700V. This mobile is exclusive to Vodafone as I write, and is available from free depending on your chosen contract. It is essentially an update to the SGH-U600 I reviewed in May.


Just like the U600, the U700 is a very thin slider phone. In fact the two phones share similar dimensions. The U700 is a shade thicker and wider that the U600, though it’s not quite as tall when closed. When opened though it’s ever so slightly taller than the U600. It’s also put on a bit- to the tune of 5g. None of these differences should be enough to sway you towards or away from one handset or the other. 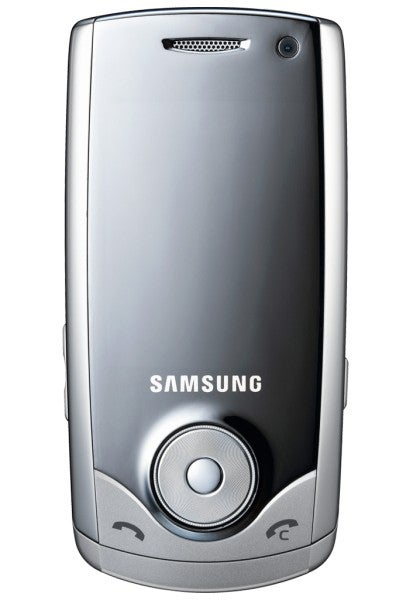 So what else has changed? Well essentially this new handset has been upgraded in some respects, downgraded in others and it has a new livery. There is a pink version available, but my Vodafone sample, thanks goodness, was styled in silver tones.

The bulk of the casing is made of light coloured silver plastic, and frankly is a bit disappointing.


The front fascia though, which is what you see most of the time when you use a mobile, is rather more pleasing. It has chrome-look edging and you can peer at yourself using the mirror-like grey and black area that surrounds and houses the screen. The white backlight to all the buttons – including the Call and End ones – contributes to this handset’s distinctive look. Reflective it may be, but the front fascia seems more resistant than many other examples to fingermarks. 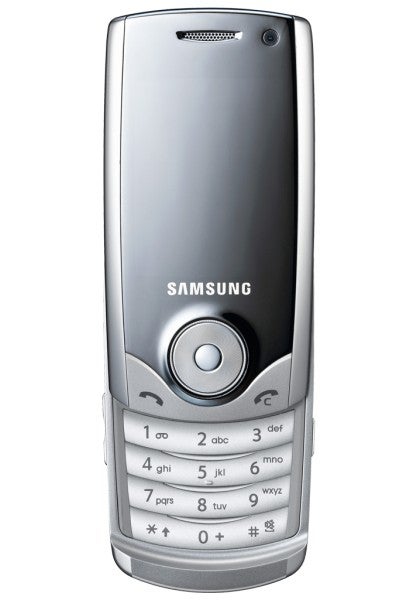 I had some big issues with the U600 in terms of general usability, and I am afraid they are still there with this handset. Opening the slider is no problem. There is no ridge to get hold of with a thumb, but there is a good springloaded mechanism.

However, Samsung has stuck with the same touch sensitive keys for its front-located controls. There are two softmenu buttons, Call and End buttons, and between these is a button for initiating a video call. There’s also one that calls up the ‘Quick Switch’ list. You use this to move between voice call, messaging, and the Internet – in this case Vodafone Live!


The problem is that if you aren’t careful you end up hitting these when using the slider and running an application you had no intention of using, which can get really irritating. 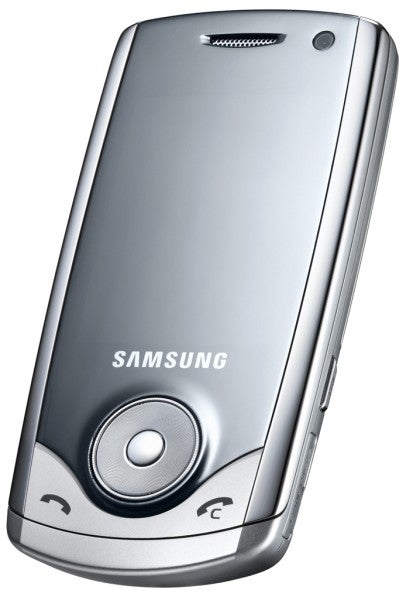 There’s a second potential problem with the front controls, and this relates to the navigation pad. Samsung has seen fit to allow the navigator to be both an ‘up, down, left and right’ button and also a wheel (the U600 just had the former feature).


Some users will find that one of the two systems appeals best to them and stick with it, but others might find the choice of both systems a little confusing. Worse, it is entirely possible to accidentally twist when you mean to press. It didn’t take me long to get used to the system, but it won’t appeal to everyone.


The really good news is that with the slider opened the flat number pad is a pleasure to use. The keys (no, these aren’t touch sensitive) are large and well spaced and have enough ‘give’ to let you feel confident you’ve pressed them. The tinkly tones that accompany each keypress are another affirmation that you’ve hit what you want, as is the fact that each number dialled for a voice call appears absolutely huge on screen. 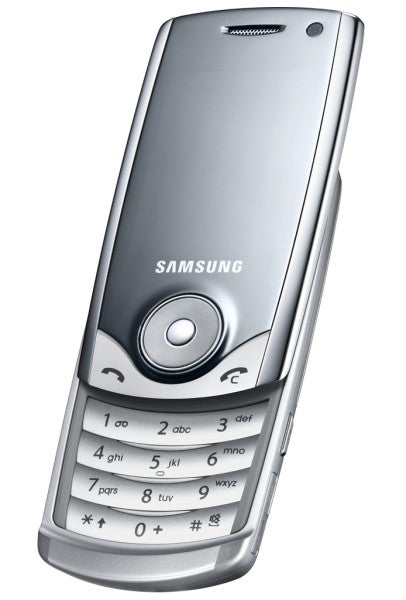 The SGH-U700V is a Tri-band handset with 3G and HSDPA, where the U600 was Quad-band without 3G. There is a front facing camera for making video calls and, as in the U600, a 3.2 megapixel back facing camera. It has a tiny LED flash and small self portrait mirror. The camera is hidden away when the slider is closed, only to be revealed when you open the phone.


Outdoors the camera lets in a fair bit of light and produces passable shots, but the pink in the flowers was more vibrant and uniform than the photo suggests, and you can see the effects of data compression in both outdoor photos. 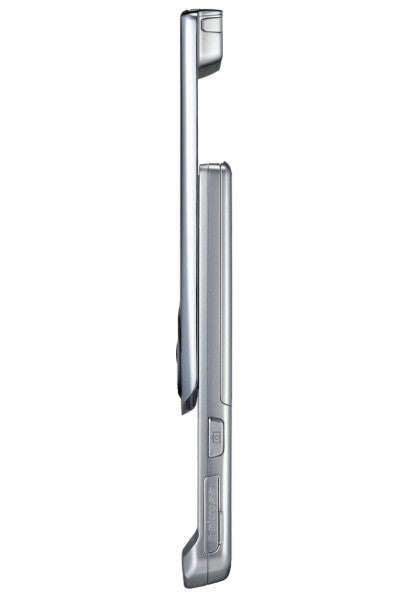 Internally the SGH-U700V has just 20MB of memory. That compares very unfavourably indeed with the U600’s 60MB. You can add more via microSD cards and the slot is under a cover on the right edge of the phone. The headset is annoyingly proprietary in its connection to the phone, and without a 3.5mm jack beyond the handsfree microphone you are stuck with it. The U600 had an FM radio, but there isn’t one in the SGH-U700V.


However, if you are keen on mobile music then you’ll like the stunning battery life. The U600 gave me a pretty impressive 8 hours 20 of music and a total of 10 hours 12 minutes of life. The U700 betters that with music stopping after just less than 14 hours and the phone itself switching off after just over 14 hours. 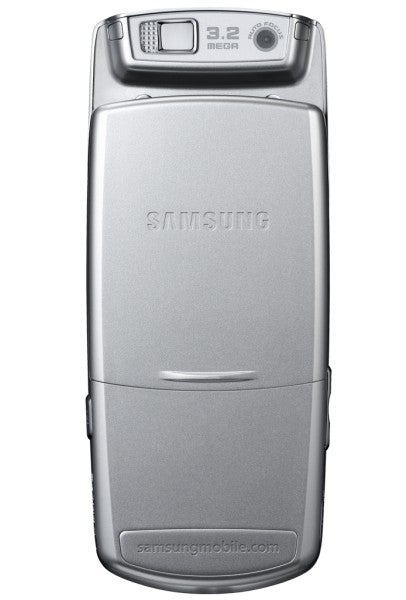 You can send output from the phone to your own TV but no cables are supplied for this purpose. You do get a USB cable and Samsung’s PC Studio software for data transfer. Don’t lose the USB cable – it is proprietary at the handset end.


The SGH-U700V is not a huge leap forward from the U600. It adds 3G, but has less memory and no FM radio, and it retains the very irritating touch controls from the earlier model. 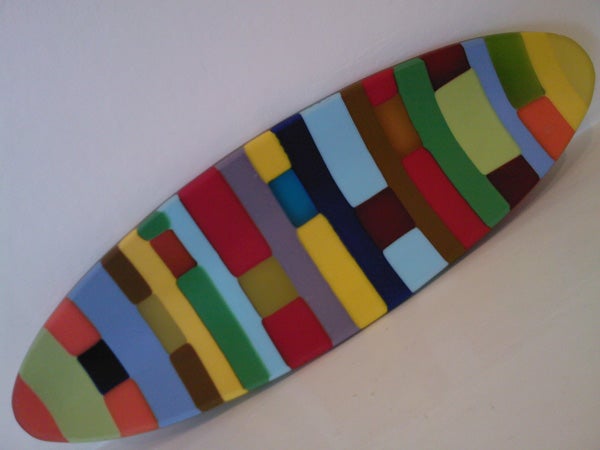 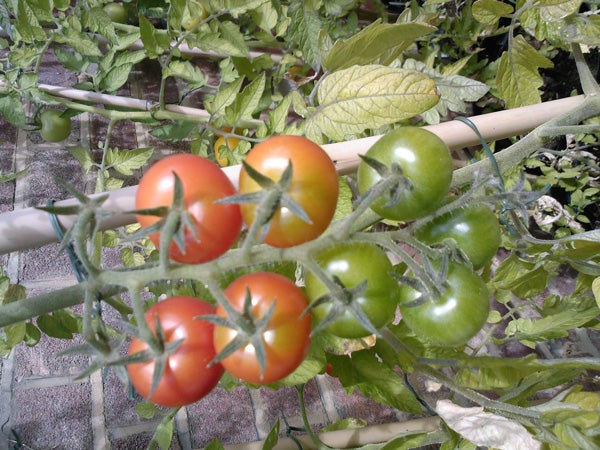 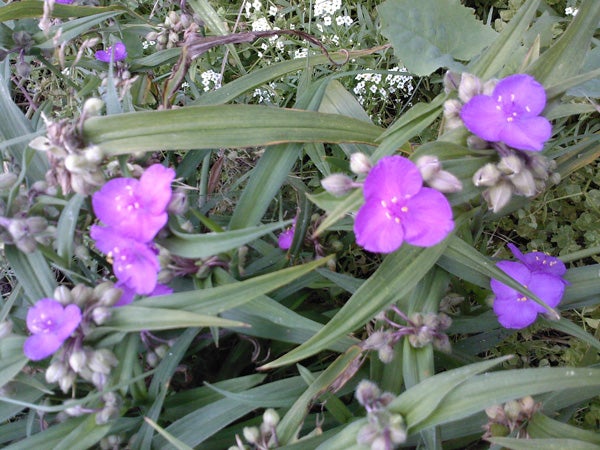