Samsung’s SGH-F400 comes hot on the heels of several swanky handsets from the company. We’ve had the Steel, F490 and Tocco F480 over recent weeks.And while we wait for the much anticipated i900, along comes another Samsung handset, the F400. This one came to me courtesy of Orange where it is free on contract. It had a link to Orange’s music store preconfigured on the main screen. It is also available from other operators and will cost you around £200 SIM-free.


It is a tri-band GSM handset with GPRS, EDGE and HSDPA to 3.6Mbps. There is a front facing camera for two-way video-calling. But the key selling point of the F400 is its musical ability. Yes, I know, many handsets sell themselves on that basis, and a side-mounted button that activates the music player isn’t enough to generate a raised eyebrow. But how many mobiles can you name that can use the kudos of the Bang and Olufsen name to back up their musical pretensions? 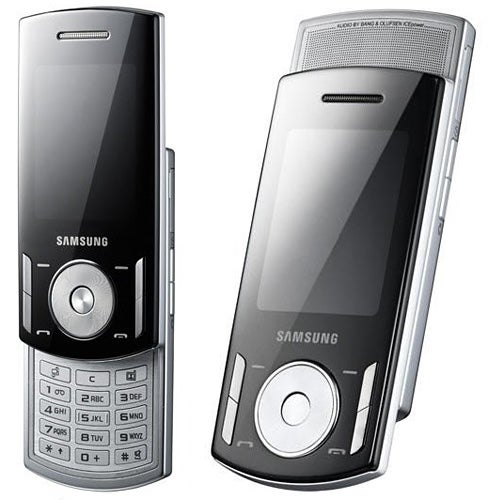 That’s what the SGH-F400 has up it sleeve along with several other components, including a 3.5mm headset jack on the phone itself. Completing the mix is Bang and Olufsen’s ICE power audio, which is meant to give you high quality sound, while Smart Bass adds its own tweaks intended to give better, richer base notes. The DNSe 2.0 sound engine used in Samsung’s digital audio players also features.


Meanwhile there is an extra hardware element in the form of dual speakers. Mentioning these actually highlights one of the other aspects of this handset. It is a dual slider. The last time I saw that particular wheeze on a handset was Nokia’s N95. There the second slide was used to add music playback controls. Here it unveils a large speaker array sitting atop the screen. This is what delivers the music when you are not using headphones.

So how well does it all stack up? Well, that 3.5mm jack is really a ‘must have’ feature of any musical mobile, and to have it on the handset rather than half way up a two-piece headset is a winning strategy in my book. Better still, Samsung has managed to locate the connector on the top end of the phone so that it sits neatly in a pocket instead of protruding rather awkwardly from a long edge.


Sound volume is higher than on many mobiles. While it is by no means off the scale in that respect you should be able to use this phone for leisure listening quite easily.


Sound quality through the speaker is a definite improvement on some mobiles, too, but I wouldn’t say quality is outstanding. The bass notes are, however, punchier than is often the case, and the great distortion you often get at higher volumes isn’t apparent here. Plug in the headset, though, and the sound quality is really impressive for a mobile phone. 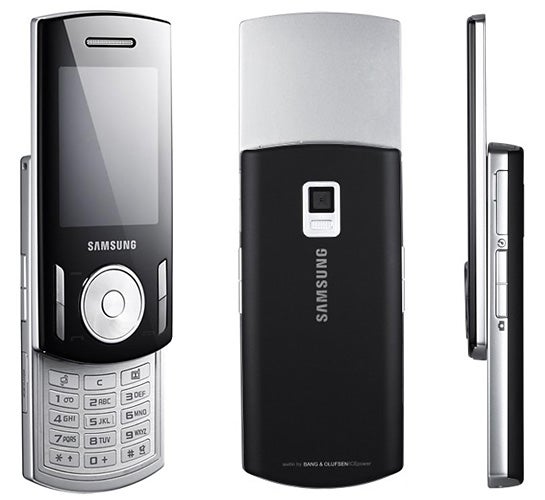 One disappointment is the extremely short headset cable. It’ll stretch from a top pocket to your ears or from an armband if you’d like to wear the phone while running. But if you want the headset to stretch from a bag or jeans pocket, you’ll need to either use your own cans, or opt for Samsung’s proprietary headset cable – there’s a 3.5mm connector past the mic – which slots into the same connector as the mains power cable and PC cable (found on the right side of the phone). There is a slight degradation in sound quality using this method. To do away with all the wires, you can also use a Bluetooth stereo headset if you have one.


The music player software itself is competent enough. It supports playlists and you can rate tracks, but it is nothing special. Overall, I’d say the music playing features are good but not great. I’d still advocate carrying a separate, high quality music player if you are a real tunes fan. And if you are a serious music fan you will need a microSD card for the side-mounted card slot as there is only 20MB of built-in storage.

Size-wise this is a fairly tall phone. With both sliders closed it measures 103mm tall, 48.6mm wide and 17.2mm thick. With the main slide up to reveal the number pad it is about 135mm tall, while the ‘speaker slide’ takes it to about 113mm tall. It weighs 108g.


The black and silver livery won’t surprise anyone. The front-mounted softkey and Call and End keys are tall and thin which makes them easy to hit. But their icons are to the side rather than on the keys themselves, and in these days of touch phones I found myself hitting the white backlit icons rather than the buttons at times. D’oh!

The large silver navigation key rotates under a fingertip as well as offering up, down, left and right clicks. In music playing mode, rotation takes you forwards and back through tracks, albeit excruciatingly slowly, and it acts as a scroller in other aspects of the phone.


The screen is a clear and bright 2.2-inch, 240 x 320 pixel, 262 thousand coloured TFT, which fared well indoors; less well outside. The number pad under the main slide is large and, as well as the 0-9 keys, has a delete key, application switcher shortcut and video call key.

The main camera sits on the back of the casing and has no cover. It shoots at a maximum of 3-megapixels and its features include autofocus and an LED flash. A side button takes you to the camera and shoots a photo.


The coloured dish, photographed under normal household lighting, is a little dark but passable. The chair is also somewhat dark, though its white is uniform, which is welcome. The flowers were photographed quite close in and without the benefit of a macro mode. Detailing is good and colour reproduction is pretty close to the real thing.


There is no doubting that music quality is good, but it is not good enough to put all of the competition in the shade. The dual slide arrangement is clever but not a deal-maker. The 3.5mm headset socket is welcome, but every music phone should have one really. I think I’d still rather carry a separate music player on the grounds that it is likely to offer even better quality. 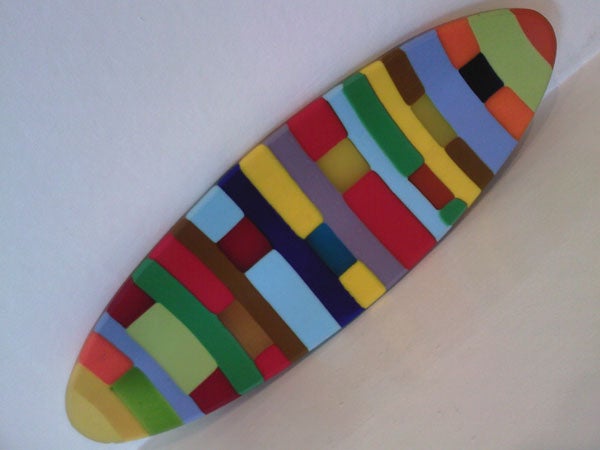 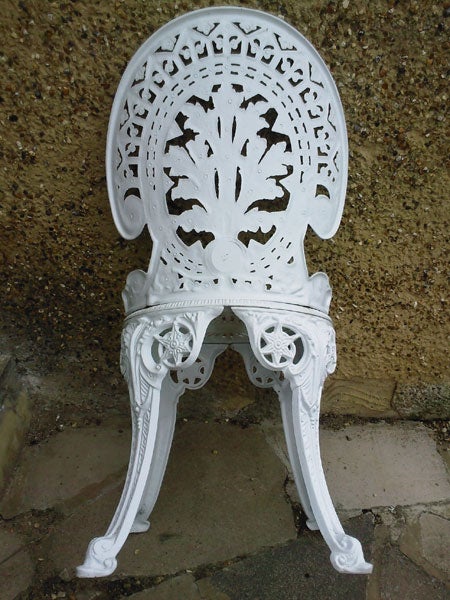