Any regular reader of TrustedReviews knows that Samsung makes a big thing of its thin mobile phones, and that the company produces some fairly nifty portable music players. You’ll also be aware that the synergy of mobile phones and music players is pretty much a holy quest for many phone manufacturers.


Despite having what are effectively two fronts and no back, this is a remarkably thin, small and light mobile. It weighs just 77g and measures 103mm tall, 44mm wide and 9.4mm thick. It shouldn’t trouble any pocket. Its all round black casing with silver highlights is well thought out, and I have to say that it has plenty of visual appeal.

On the phone side I’ve already mentioned that the screen is tiny and Samsung doesn’t bother to tell you the pixel size. Beneath it is a huge navigation pad flanked by softmenu buttons call and end buttons, a shortcut for the built-in camera and a delete key. Under this lot is a fairly sizeable flat numberpad.


The keys are unnecessarily large on this side and you immediately wonder why the screen is so small. Battery life management must be the answer, as there is another screen on the music player side and this one measures the same 33mm wide but a much more generous 41mm tall.

You can’t take the back of the phone to get to battery and SIM card slot – there is no back! The battery is fixed and can’t be replaced with a spare. Your SIM lives in a slot on one edge that also houses a volume rocker. The other edge has a microSD card slot, a slot for mains power and headset, a hold button and a button which enables you to choose which side of the handset is active – phone or music.

This double sided approach certainly has potential, but the controls on the music player side really let things down. The large pad beneath the screen on the music player side has a central button for Pause/Play (or ‘OK’). There are functions on all four points of the pad which light up when the music player side is activated. Left and right take you to the Next or Previous tracks while a circular button on the top section brings up menu options, and a Back key takes you out of the menu you are in.

So far, so straightforward. But the pad is touch sensitive, and you can also ‘sweep’ it with a fingertip and I found it took me a while to get the sweeping system just right. In music mode a sweep up or down on either side of the pad changes the volume though you can also use the previously mentioned hardware volume rocker. If you’re in a menu, sweeping up moves through options, the central button selects. In all honesty it was a real annoyance in the first few hours of usage and I often accidentally hit the pad and it did things I didn’t want.


Other options on the handset are the camera, FM radio, a voice recorder and the ability to view pictures and video albums. With one side of the phone dedicated to music it seems quite odd that there is a music player on the ‘phone’ side of the handset too, and that to use one you have to stop playback on the other. To take shots with the camera facing away from you actually have to use the music player side. Its lens is on the phone side, as is a shortcut button which starts the camera software running. A softmeu button lets you switch over to the large screen.


Stills are shot at resolutions up to 1,200 x 1,600 and there’s a self timer. You can apply a few effects such as sepia, and add some fun frames. It has some white balance presets for different lighting conditions and 100, 200 and 400 ISO settings as well as an automatic mode. Sweeping lets you use the digital zoom and change the image brightness, and you need to sweep to move between menu settings too.

Image quality is reasonably good. Colour reproduction in my standard reference shot of the dish photographed under normal household lighting is OK, though as is often the case pink and blue tones are present in what is in reality a white background.

The sunflower is slightly out of focus but I was about 6-inches from the subject and so stretching the phone for this shot. Colour reproduction is superb. The small apples were shot against a grey sky. The lens coped well here and both foreground and background have a fair amount of detail. It was quite windy when the outdoor shots were taken, and I was pleased to see no blurring or evidence of shutter lag.

Music playback delivered reasonable sound quality. Samsung provides a two-piece headset with a proprietary connector at the handset and a 3.5mm connector just past the handsfree microphone. There is just 128MB of internal memory, but my review sample came from Orange with a 1GB microSD card, which is quite a memory boost.

The phone will sync with Windows Media Player, and you get the required cable. The internal battery gave me 8 hours 3 minutes of life, but playback stopped after 5 hours 56 minutes.


The phone comes with a flip style case that incorporates a second battery and is designed so you can use the phone with either of its sides facing the front. Should you wish to use this you’ll get longer life, but it does add considerable bulk to what is a svelte handset. I’m not convinced that the added size is a price worth paying for longer battery life in this instance.

Other features not already mentioned include a wap browser. You can enter URLs using the phone side, but thankfully the display defaults to the music player side. Other applications include a calendar, to do list, alarm, timer and currency converter.

The SGH-F300 is a clever concept, and in some respects it is well executed. The build quality is superb and Samsung has certainly achieved a great deal by bringing two device fronts together in a single unit. However, the integration is not as complete as it could be – why is there no way of viewing calendar data on the larger screen, for example? And I found the sweeping system on the music player side very irritating.


When rating this phone I wanted to be able to give extra marks for chutzpah, but in the end it is practical real world factors that rule the ratings system here at TrustedReviews.


After the initial wow factor I found the SGH-F300 a somewhat frustrating handset and on balance would rather stick with separate phone and music player. The small screen lets the phone side down while the sweeping touch system does the same for the multimedia side. 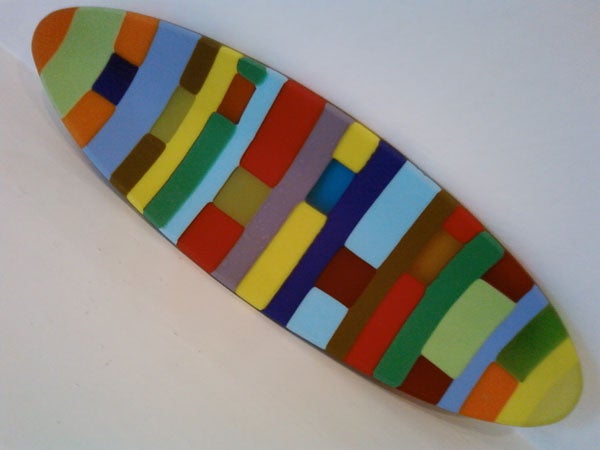 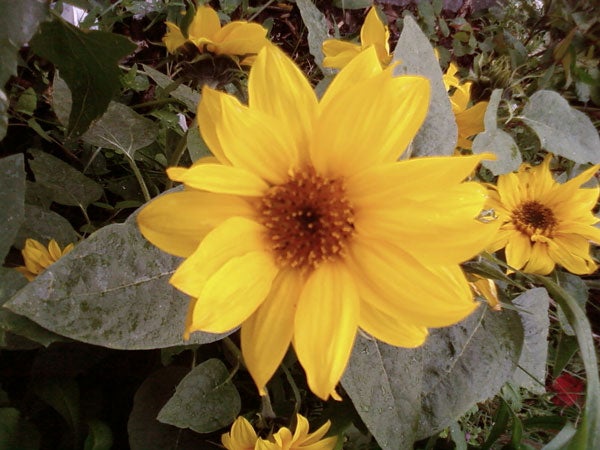 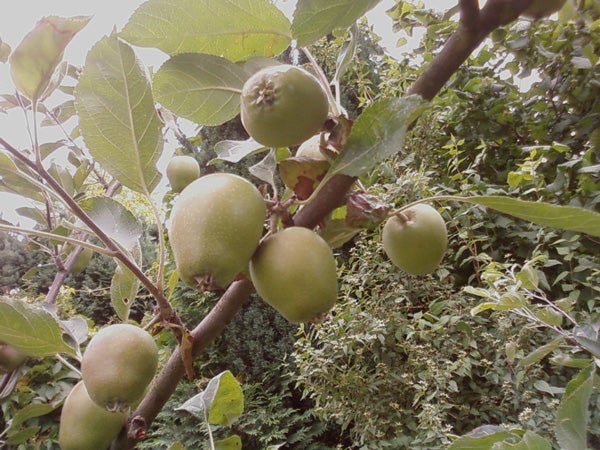