Samsung’s Ultra range of handsets is well established, and its overriding theme is of thin and sleek mobiles. Between us, Riyad and I have looked at several Ultra mobiles as the range has developed, including the SGH-Z560 and SGH-D830.


The D840 is a slider and it isn’t all that different in size and shape from LG’s Shine. Like the Shine the D840 is sliver, though there is less metal going on here with much of the casing on the D840’s sides and back made of plastic. Only the front sliding section incorporates significant amounts of metal. 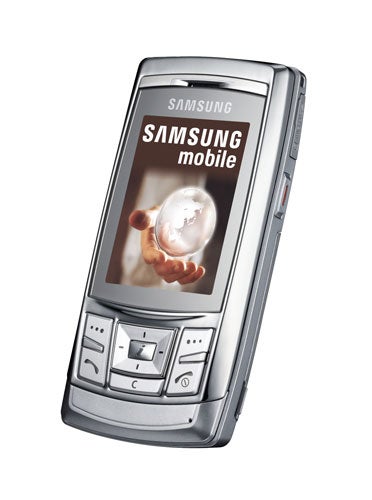 As sliders go the D840 is nice enough to use. There is a little ridge just below the screen which you can grab with a thumb and the slide mechanism itself is ‘assisted’ so you don’t have to hoik at it – just a gentle push or pull is all that’s required.


The front screen is a fairly standard 240 x 320 pixel 262,000 colour job, but Samsung, as ever, ensures it is clear and bright. I did have a bit of trouble framing photos and generally reading the screen outdoors in bright sunshine, but that’s nothing new for a mobile really. On a purely personal note, I like Samsung’s poppy wallpaper – its vibrant red just makes the screen look so appealing, and the date and time are nice and large so they can be seen at a glance.


Beneath the screen the front buttons are a fairly standard bunch but nicely designed and easy to use. The Call and End/power keys and softmenu keys are large. Under the navigation button is a long, thin delete key, and the navigation button itself has a central select key which doubles to start the Internet browser running.


This is a Tri-band handset with GPRS rather than a 3G so you won’t be wanting to Web browse a great deal. If you do decide to drop into the odd website, there is mixed news. The browser has two viewing options: ‘SmartFit view’ and ‘Desktop view’. The former does what it can to squeeze sites so that only vertical scrolling is needed but it isn’t always effective. In fact, the Desktop view did a better job with some sites. 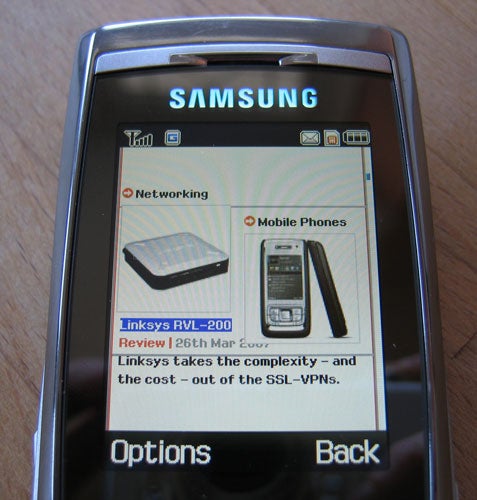 
A test page I use for mobiles is composed of simple HTML with a few jpegs and is organised using tables rendered very well in Desktop view, with only vertical scrolling required. The TrustedReviews home page is a different story. Much slower to load, the browser got a bit confused in its SmartFit mode, and the result was lost continuity of data. The better view in this case was Desktop. Take a look at the two photos below to see the difference. 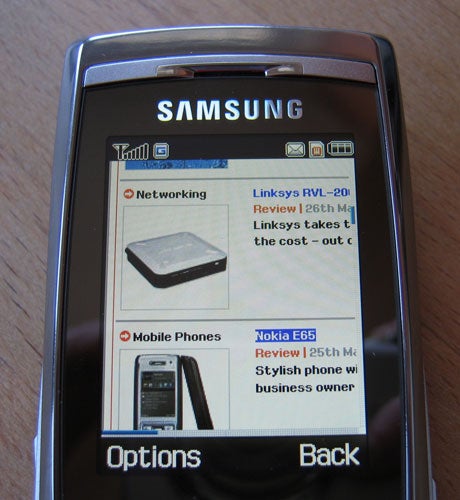 The sides of this handset contain just a couple of buttons. There is a volume rocker on the left side and one for the camera on the right side. Lift the slider and the flat number pad is reasonably responsive. I’m coming round to flat number pads as handset manufactures learn that to be effective they need to be large and tactile. Both characteristics apply here.


As I’ve mentioned the camera let’s deal with that next. It shoots stills at resolutions up to 2-megapixels, has a 4x digital zoom, LED flash and self portrait mirror. The lens is on the back of the casing so it is available when the handset slider is closed, which is a plus. The downside of this arrangement is that the lens is not afforded any protection against scratches as it would be if tucked under the slider.


As usual all my test shots were taken with the camera on automatic settings. Outdoors it performed quite well as long as the subject was still. I was able to get pretty close to the flowers and whites were not, for once, dramatically over exposed.

The cat shots were good too with honest colour reproduction. As soon as the cat gave even the slightest twitch, though, I got a blurred image. Indoors the camera again reproduced colours well, but photos were not very vibrant. The coloured dish shot under normal household lights is an example. 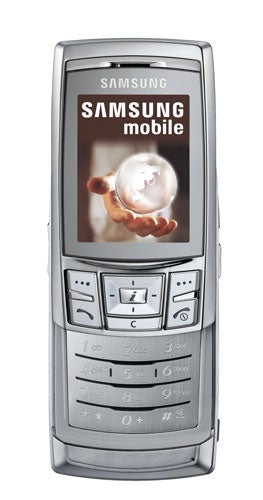 There is 80MB of memory built into the SGH-D840 and microSD cards can add more. The slot is on the right side of the casing with a protective cover. Music playback quality through the provided headphones was reasonably good, which is just as well as they share the power cable’s proprietary connector. Samsung’s in-ear headphones are ergonomically a disaster for my ears, though. They just won’t stay in place.


Other software includes a calendar, POP email client, voice recorder, and image editor with colour effects including a rather nice embossing overlay to augment the more everyday likes of sepia, negative and greyscale. There is also a calculator, unit converters, alarms, timer, and stopwatch. Bluetooth is built in and there is a TV out mode but the phone doesn’t come with the leads you’ll need to achieve that.


On test the battery lasted for a total of six hours 48 minutes, but it only gave me five hours 31 minutes of non-stop music. After music playback ceased I got low battery warnings every few minutes till it finally gave up.


The SGH-D840 has some strong components: the camera stands up well, the front screen is impressive, the slider mechanism is smooth and comfortable. But in general the specifications are average, the phone is a little large in the hand and pocket, and there are no really ‘must have’ features. If you have the same trouble with in-ear headphones that I do then steer clear. 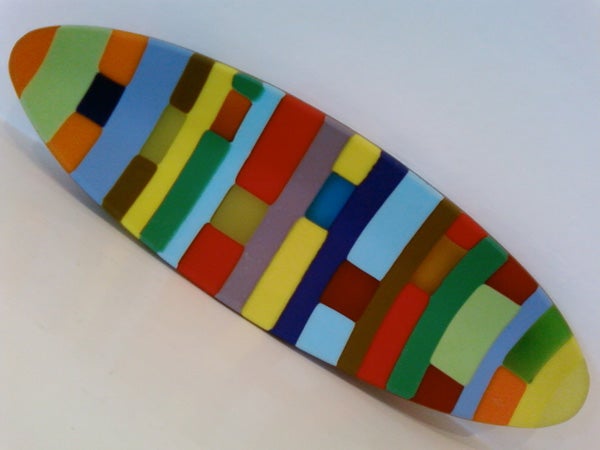 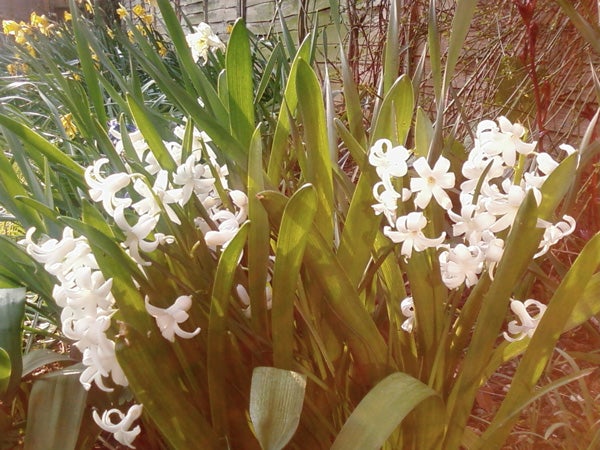 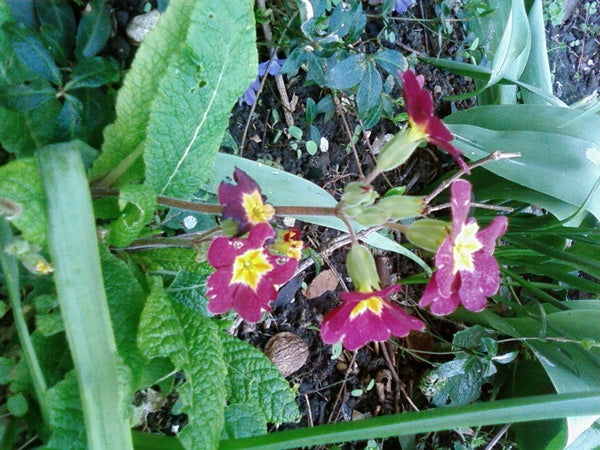 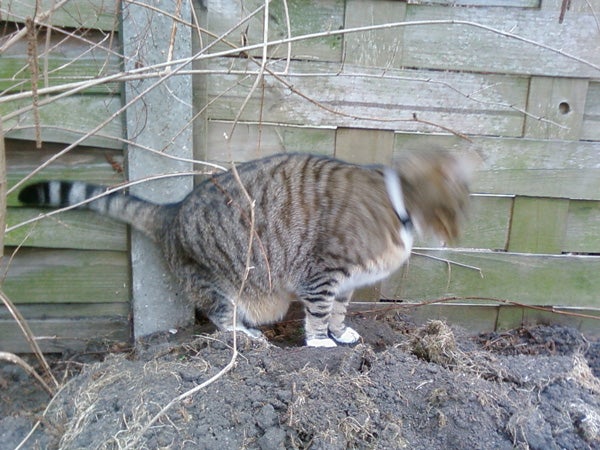