Very stable fridge and freezer temperatures are ideal for keeping your food fresher for longer and Samsung’s Precision Cooling system aims to do just that by reducing temperature fluctuations.

From a fridge shelf that varied by just a quarter of a degree either way to our frozen food sample, which completely flat-lined at -19 degrees C with barely a fraction of a degree ripple over five days, the RB7000 sets the technical standard by which all other fridge freezers should be measured. 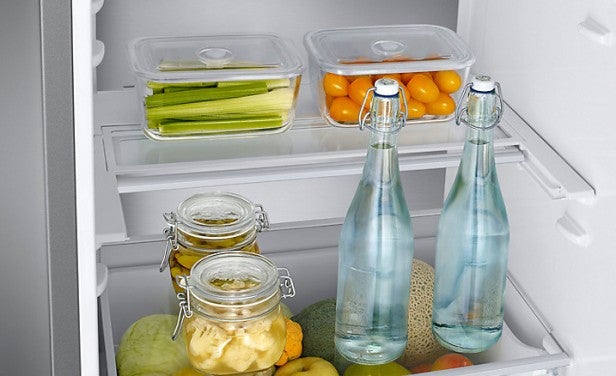 Set to 4 degrees C (not using Samsung’s Chef Mode), the fridge averaged 6, 5, 4.5 and 4 degrees C on the top shelf, mid shelf, vegetable and Chef drawers respectively. The top shelf showed the greatest fluctuation in temperature albeit that, at just +/- 1 degree C, the result is still far better than most other fridges I have tested.

The mid shelf and vegetable drawers are amazingly stable and remained within fractions of a degree (+/- 0.25 and +/- 0.5 respectively) of their average temperature at all times. The Chef Drawer was a little more complex to analyse as while it showed maximum variation of +/- 1 degree C, the lower temperature dip was very brief, meaning the median temperature was considerably more stable that the overall +/- figure would suggest.

Freezer Temperature Testing
While we were still revelling in just how good the fridge test results were (we don’t get out much), the freezer compartment turned in an equally class-leading performance. 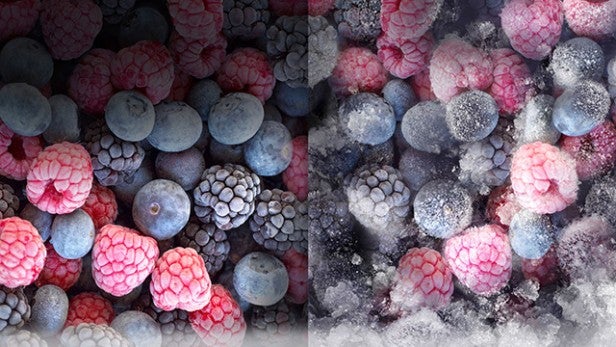 Over the test duration it never wavered in average temperature and you have to dig into the actual data to see small ‘fractions of a degree’ fluctuations. Air temperatures in the mid and lower drawers were practically identical (again, very rare) at -18 degrees C with temperature fluctuations of just +/- 1.5 degrees throughout the cycle. Amazing results.

Power Cut Test
Our three-hour fail test is the real ‘litmus test’ of Samsung’s SpaceMax insulation technology. If it is not as efficient as traditional, thicker insulation then temperatures will rise quickly when the power goes off.

In fact, the results showed that despite the incredibly thin layer of insulation, SpaceMax is just as good (and better in some cases) than twice the thickness of traditional foam insulation. Air temperatures rose uniformly across the freezer drawers to 10 degrees C at the end of a 3-hour power outage, with the frozen food sample creeping up to -13 degrees C. This would make the power-cut safety temperature well over 12 hours.

Following my recent test of the Samsung RB8000 (the ‘KitchenFit’ sibling to the model tested here), I said that the RB8000 offered the most technically perfect data set we have seen and became our new benchmark. Its role as my point of reference didn’t last long because the RB7000 is better still by offering the same outstanding performance with even greater food capacity.

The RB7000 has become my new benchmark for fridge freezer technical performance. 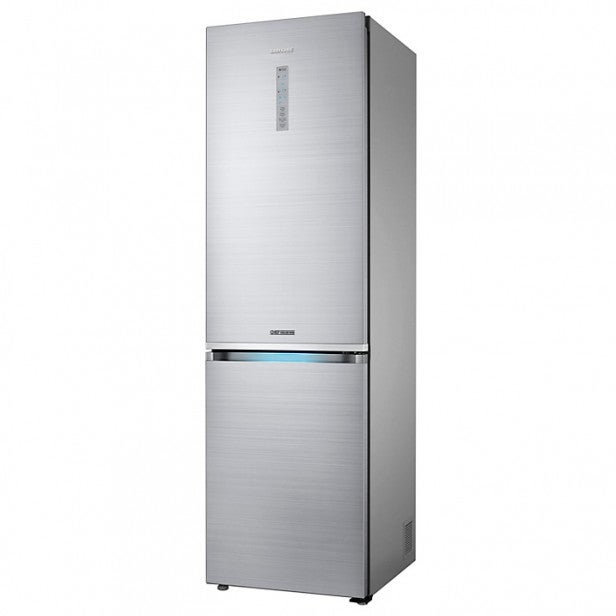 How we tested
I loaded up the RB7000 fridge compartment with 0.5kg of mixed foods per 10litres of capacity, including placing several items in the salad crisper drawer and Chef Zone. The freezer was loaded at 1kg of food per 10l of capacity including 2l of room temperature water giving us a ‘fresh to frozen’ time test and an accurate report on the stability of frozen food temperature. Temperature probes were placed on shelves and drawers from the top to the bottom of the RB7000’s compartment, including in the water sample. Tested in an environmental chamber at a constant 18 to 19 degrees C air temperature and opening the doors a few times per day, I looked at the temperature of each shelf and how consistent it was throughout the test period of several days.

Running in our environmental chamber at an ambient temperature of 18 to 19 degrees C, opening the doors around six times per day, I calculate the RB7000 would use a very frugal 163kWh of electricity per year – less than £25.

My test results for power are a fair bit lower than even the EU energy label figure (which is measured at high ‘European’ ambient air temperature), so this is an excellent result for the running-cost conscious.

Of course, if you have a hot and steamy chef’s kitchen or a busy family opening the doors very frequently, those electricity costs will go up – but by less than they would for less efficient models. 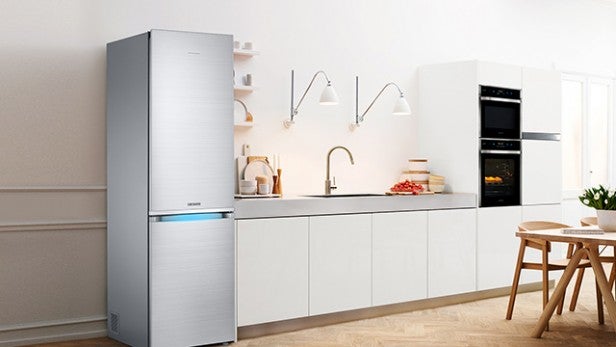 Every so often a product comes to my test bench and redefines best-in-class for the category – the RB7000 is one such product. It looks brilliant, sets new standards for temperature consistency – which will keep your food fresher for longer – and is cheap to run. It’s outstanding.

Of course, it’s also expensive, but the RB7000 earns its asking price. It’s clearly an exclusive item tailored for the most demanding cooks, but it delivers in a way no other fridge freezer has in my testing. There are plenty of excellent alternatives for less, such as the LG GBB530NSCFE, but if you’re demanding cook with a budget then the RB7000 is a must-have.

Samsung has set a new standard for design and technology – this is ultimate in kitchen sophistication.