For many buying a laptop is really about not buying a desktop PC. That isn’t to say such a laptop must be small, especially if all you need is the convenience of a computer that can move around the house without sacrificing too much performance. That’s where the likes of the Samsung R780 come in. With a commanding 17.3in display the R780 is a genuine desktop replacement laptop, offering up plentiful processing power and a chassis that isn’t at all cramped or difficult to use. 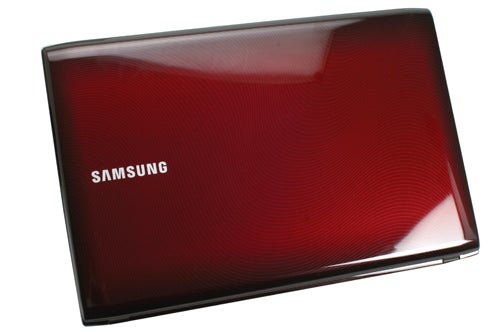 In design the R780 is more or less identical to the Samsung R580, but bigger. It has the same funky, holographic lid design and graduated black/red finish, a theme that’s continued in principal (if not appearance) on the inside. It’s a stylish eye-catching aesthetic that’s further aided by Samsung’s generally light touch – aside from the various patterns, the R780 isn’t marred by too many fancy design quirks.


It’s hard to have any quibbles with the specification either, particularly given that our version (the NP-R780-JS0BUK) includes a Blu-ray drive as well as all the usual bits and pieces. These include a nippy Intel Core i5-430M processor, with two cores running at 2.26GHz and sharing a 3MB cache. There’s 4GB of DDR3 RAM too, though once again Samsung neglects to install a 64-bit version of Windows 7 Home Premium to make use of it all. A 500GB hard drive provides ample storage space.

Neither does Samsung skimp with the wired and wireless connectivity options. Wireless-N Wi-Fi and Bluetooth are both included, as is Gigabit Ethernet for super-fast wired networking. A total of four USB ports, one of which supports eSATA and standby power charging, ensure you’ll rarely be without a spare one. HDMI and VGA are present for video, there are two audio jacks (1x headphone, 1x microphone) and a 34mm ExpressCard slot should you need it. Only the addition of mini-FireWire could improve things markedly and it’s not a connection many people use these days.


If there’s an area where the R780 is open to criticism, however, it’s the lack of a Full HD (1,920 x 1,080 pixel) resolution display. Instead you get a more mundane 1,600 x 900 pixels which, while adequate for productivity and comfortable to use for those short of sight, doesn’t do great justice to HD content in films. 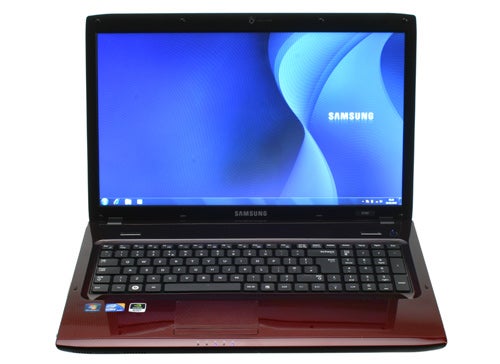 How great a problem this is depends on your outlook. If you’re interested in the R780 specifically for watching Blu-ray films then it’s a problem, but if Blu-ray is simply a “nice to have” then it might not matter so much. Moreover, if you have no interest in Blu-ray at all, there are various different specs available without it, one of which is otherwise identical to our review unit.

Since we’ve just touched upon the resolution of the display, it’s worth covering its actual image quality. As is the modern habit it has a glossy finish that, depending on your point of view, either boosts colour and contrast or is reflective and annoying. Either way it’s hard to find a laptop without this finish these days. On the whole the display produces good colours and reasonable contrast, but it doesn’t break any new ground for quality. It’s just middle of the road ordinary. 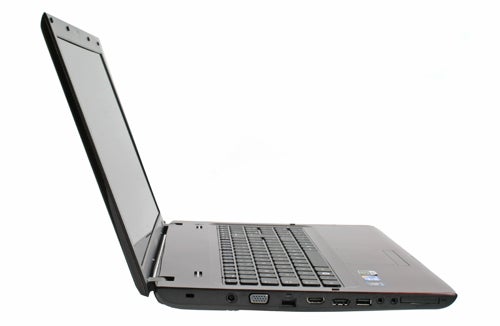 Similar can’t be said of the two speakers, whose combined 4W output is tinny, lacking in definition and thoroughly miserly. Perhaps it’s no surprise given the value on offer here, but a little more depth and richness would be nice. As they are, the speakers just about past muster for the occasional online video clip, perhaps even a TV drama if you aren’t fussy, but here the R780 falls distinctly below average.


This weakness mirrors that of the R580, but the R780 also shares its more positive elements such as the keyboard and touchpad. Starting with the former, it’s a large, full-size keyboard that includes a numeric keypad to the right. Its keys are the isolation style ones invented by Sony, but popularised by Apple and its MacBooks. Each key has a light and defined action that makes typing a pleasure, while the intuitive layout keeps errors to a minimum. 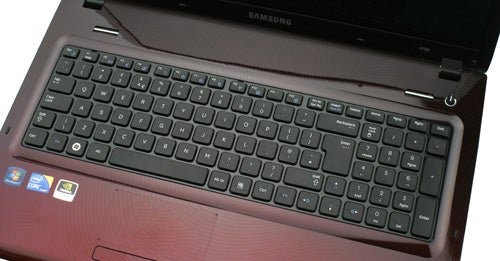 Touchpads are harder to get wrong than keyboards, but nonetheless we see some shockers from time to time. Here we have no complaints, though, thanks to the large and friction-free surface, while the two buttons offer clean and precise feedback.

These two facets talk to the solid overall build quality of the R780. Good quality plastics are used throughout and there are no unsightly seams or joins to be found. This is partly a result of the minimalist design, but simple is often best where durability is concerned.

What really pleases us about the R780, however, is its performance – mainly because it hits a great sweet-spot in terms of performance for the money. In PCMark Vantage, which tests overall system performance, its Core i5 processor comfortably bests the Core i3-equipped Samsung R580 we reviewed and the AMD-powered HP Pavilion dv6-2113sa.

Had Samsung installed a 64-bit OS these results would doubtless have been even better, as it wouldn’t have been outperformed by the HP in some tests – detail of which can be found in the full results at the end of the review.


What’s particularly encouraging, however, is the gaming performance on offer. While this particular configuration, which utilises an nVidia GeForce GT 330M graphics card with 1GB of dedicated memory, doesn’t make it an out-and-out gaming machine, it still managed a perfectly playable 35.5fps in our STALKER: Call of Pripyat gaming benchmark.

This means many titles will be playable at medium settings, which our test is run at, though you’ll probably have to leave effects like anti-aliasing turned off. In less demanding games, such as our Trackmania Nations test where the R780 achieved a silky smooth 89.5fps, you’ll have no problems at all.

Predictably, though, battery life isn’t a strong suit. In the Productivity segment it lasted just 150 minutes (2hrs, 30mins), while in the DVD test it even fell behind the HP in dying after 83 minutes – less than an hour and a half. Given the machine’s intended use, though, these are good enough for the brief moments the R780 is likely to spend away from a power socket.


Samsung has once again captured a powerful mixture of performance and value in the R780. Its Blu-ray drive might be wasted on the sub-Full HD display and rotten speakers, but for general computing tasks its shines and delivers decent gaming performance to boot.