Samsung’s Q-series of laptops is something of a perennial classic. While rarely the most glamorous or sophisticated, they’ve always balanced portability and affordability extremely well. Of course there’s more choice in affordable and portable laptops these days, but the Q330 continues the grand tradition of its forbears.

Unlike the likes of the Asus UL30A, the Q330 uses a full-power Intel Core i3 processor: one that has two cores running at 2.26GHz, in fact. This gives it a significant edge in general performance, though its Intel HD Graphics means it’s no better a gaming machine. Peeking closer under the hood reveals 3GB of RAM and a 320GB hard drive, which is perfectly sufficient considering the £600 asking price.


Interestingly, like the Samsung Galaxy S, the Q330 has Bluetooth 3.0 – a nice, future-proofing addition – in addition to Wireless-N Wi-Fi and Gigabit Ethernet. Of course, and this may sound like a trivial thing, the Q330 also an 8x DVD Re-writer drive – something not found in many low-voltage laptops, where the emphasis is on slimness at all costs. 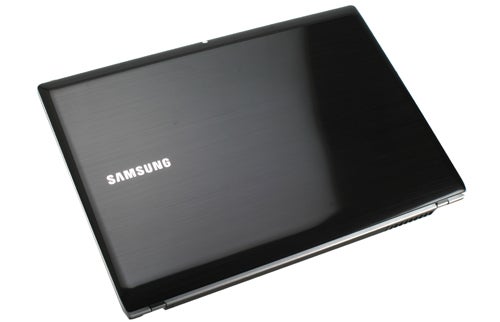 Fundamentally, then, the Q330 is just a normal laptop made smaller and lighter: 1.96kg to be precise. This is nice weight for a laptop, as is the 13-inch form-factor a good size for slinging in a bag to and from lectures or the office. In this respect the Q330 has more in common with the Apple MacBook and MacBook Pro 13-inch, though it’s considerably cheaper than either.


Naturally this more affordable price comes at the cost of the materials used, but the Q330 is no ugly ducking. As is typical of Samsung it’s kept things as simple as possible, matching a near-black lid with matt silver on the inside to good effect. We particularly like the semi-gloss finish of the lid, which has all the visual qualities of a glossy one but with the fraction of the ugly smudges and fingerprints. Excluding the slight protrusion for the battery at the back, the Q330 is also pleasingly slim. 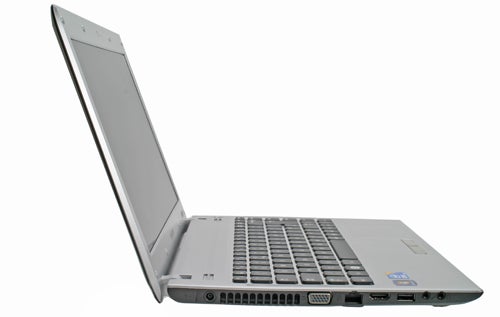 Any highly portable laptop is likely to receive a little rough and tumble, so build quality is an important consideration. Samsung’s use of more durable materials, namely matt plastics instead of the easily scratched glossy finishes so often seen, certainly helps here. More to the point, the general construction of Q330 is excellent, with no creaking or poorly fitted panels to be found. It also runs coolly and quietly, something that’s doubly important when working on the move.

Connectivity on the Q330 is pretty solid, comprising three USB ports, VGA, HDMI and all the usual necessities. These are all arranged in a logical manner, particularly as the memory card is at the front for easy access. It’s also good to see one of the USB ports, the one of the left edge, supporting standby charging – whereby you can charge USB devices even when the laptop is turned off. It’s an extremely handy feature. 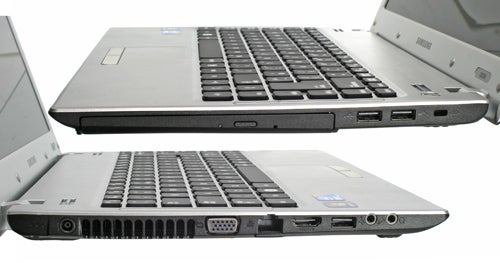 Of greater import, however, is the usability of the machine itself and here Samsung hits most of the right marks. The keyboard in particular is excellent, sporting firm, accurate key actions and a sensible layout. You have to press very hard to create any flex too, ensuring it’s never a problem in normal use. This is a great machine for regular typing tasks.

Slightly less encouraging is the touchpad, but only because Samsung has plonked it slap bang in the middle of the machine instead of directly below the spacebar. This means your palm rests on the right edge of the pad, jogging the cursor (and potentially the button) as you type.


This can be mitigated by adjusting the ‘palm check’ feature of the touchpad driver, but this isn’t set correctly (it needs to be at its maximum) by default and is a devil to find. For the record it goes a little like this: Start > Control Panel > Hardware and Sound > Mouse (under Devices and Printers) > Device Settings > Settings > Pointing > Sensitivity > PalmCheck. Try finding that without directions!

Considering the price we weren’t expecting great audio-visual delights from the Q330, but it performed above our expectations. Though viewing angles are quite shallow, looked at straight on the screen on the Q330 is brighter, sharper and has greater fidelity than most of its kin. These strengths serve it well in all walks of use, be it web browsing, film viewing or productivity. 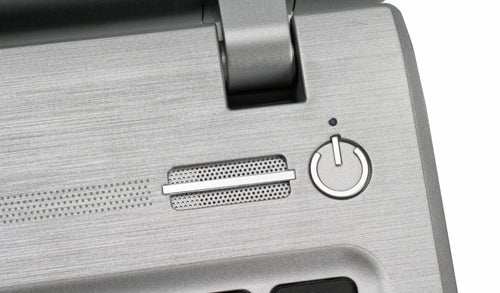 We were also pleasantly surprised by the speakers, if only because they’re much better than we’re accustomed to hearing on Samsung laptops. Don’t be under any illusions, bass is still mostly absent, but this pair achieve enough clarity and volume for general use.

Using a full-power processor makes the Q330 less of a compromise than low-voltage machines, as the system performance results show. It’s comfortably faster than the Asus UL30A, and compares pretty well to the similarly specified Toshiba Satellite U500.

This isn’t to say the Asus is slow; it’s perfectly capable for general computing tasks. However, whereas it will struggle with MP3 or video encoding, the Samsung has the processing power to power through such tasks far more easily. It’s also a better choice for those who multi-task heavily, as it simply has the processing overhead to run more applications at the same time.


It’s a not a machine for gaming, though. It might cope with particularly undemanding games okay, as the playable 27.8fps in TrackMania Nations demonstrates. However it doesn’t ask much of graphics hardware, especially at the medium detail settings we test at. Intel’s integrated chip also doesn’t support anti-aliasing, so it doesn’t offer much in the way of eye-candy. On the other hand, HD video processing is no problem at all and the trade-off for its lack of performance is extremely efficient power use.

Consequently, battery life is rather more impressive. While the Q330 gets nowhere near the epic 10+ hours of the Asus UL30A, the 293 minutes (4hrs, 53mins) of productivity it managed is impressive enough given it performs more like an ordinary laptop. It’s also considerably more than the Toshiba Satellite U500.

The Q330 also fairs quite well in the DVD playback test. At 161 minutes at full brightness it will last long enough for most films, and reducing the brightness a little should push it past the three hour mark quite comfortably. Of course, the UL30A doesn’t have a DVD drive, so there’s no comparison to be made there.


Aside from the silly touchpad placement, it’s difficult to fault the Q330. It’s durable, looks good, performs well and has very good battery life: all the things you need in a genuinely mobile laptop. Best of all, however, is the price. At £600 it’s an absolute bargain, and one that won’t need replacing any time soon.