The first LCD TVs I’ve seen so far from Samsung’s 2009 TV range have all made a very good impression. So my hopes are inevitably high for the first of Samsung’s new plasma TVs to come my way – despite the brand suffering a few misfires with plasma technology in the past.


The PS50B650 is a 50in screen – but it looks bigger. For rather than following the current fashion for making bezels as thin and unobtrusive as possible, the one surrounding the PS50B650 is a good inch and a half wide along the top and down the sides, and this extends to more than two inches along the bottom edge. What’s more, the impression of the bezel size is actually amplified by a two-layer effect that finds a ‘crystal’ translucent top-sheet that lies over the main black bezel and extends out slightly further along each edge.


While large, though, the bezel’s effect is certainly pretty, as we’d expect from a Samsung TV. Especially as there’s a subtle hint of red funning along the bottom edge, and the supplied stand is also made rather stylishly of glass.


Samsung has a nifty habit of leading the way when it comes to connectivity on its TVs, and this trend continues with the PS50B650. The most important sockets to most of our readers will probably be the four v1.3 HDMI inputs. But my eye was also immediately drawn to the appearance down the TV’s sides of not one but two USB inputs. 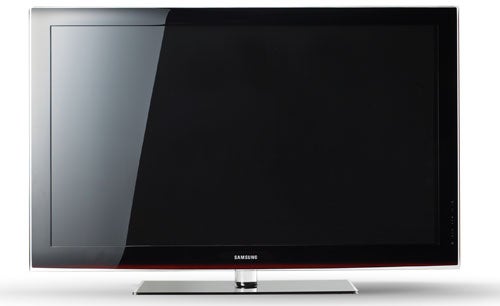 As well as allowing you to connect two USB sources at once – including an external hard drive, if you wish – for playback of various multimedia file formats, these USBs can be used for adding an optional (£20) Wi-Fi dongle that enables you to hook the TV up to your broadband router wirelessly. Why would you want to do this? Because the PS50B650 joins its 650-series LCD brethren in supporting Samsung’s new Medi@2.0 online service.


In case you missed our review of the Samsung LE40B651, this online service doesn’t mean you can access the full Internet on the PS50B650. But it’s certainly true to say that the ring-fenced service provided is far more extensive than that offered by any rival brands to date – partly thanks to Samsung’s exclusive (until September) access to the Yahoo Widget Engine.


Services currently on offer via a seriously pretty set of ‘pop-up’ onscreen graphics include Flickr, news feeds, weather reports (that can be localised if you wish), finance reports, and even YouTube, with other content providers promised further down the line.


I should add at this point that the wireless USB dongle can also be used to access files stored on your PC network around the house. If you haven’t made the move to wireless yet, don’t worry – the TV also carries a DLNA-certified Ethernet jack so you can get your stuff in that way, too.

Another unusual feature of the PS50B650 is its Content Library: a built-in stash of multimedia files including everything from recipes to children’s stories. You can remove and add stuff to this if you wish, again via the USB inputs, though the content you can add is effectively limited to what Samsung makes available on its website. Innovative though this feature is, I have to say I feel the same about it here as I did about it on the LE40B651; namely, that it’s fun for a first visit or two, but probably isn’t something you’ll feel compelled to go back to very often. Unless you can’t resist some of the recipes…


Turning to the picture technology inside the PS50B650, we find a 100Hz engine, Samsung’s DNIe video processing engine, an Edge Enhancer, a dynamic contrast system, a flesh tone adjustment, and a black tone booster. Plus the screen boasts Samsung’s Ultra Filter Bright Plus technology, a black-coated film added to the screen in order to minimise glare and reflections and boost perceived contrast. In fact, in typically optimistic fashion, Samsung declares the PS50B650 capable of a record-breaking contrast ratio of 3,000,000:1!


Most of the features listed above can have their status adjusted in the screen’s attractive onscreen menus, with one final interesting little tweak being a ‘Cell Light’ option that lets you adjust the core brightness output of the plasma cells in much the same way that some LCD TVs let you manually adjust the core output of their backlights. 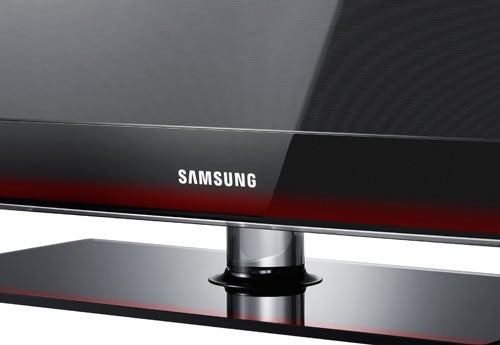 How good the PS50B650’s pictures are depends very much – more than I’m entirely comfortable with, in fact – on what you feed it. In other words, it’s another case of nice HD, shame about the standard def…


Not that anything actually looks much good if you stick with the ridiculous Dynamic image preset the TV ships with, mind you. This overcooks colour and contrast to such a ludicrous degree that absolutely everything looks gaudy and completely unnatural. Yeuch. Even the Standard setting makes colours look too strong.


Fortunately the Movie presets allow you to gain an almost instant improvement, though I’d still strongly recommend that you calibrate things yourself, as even the least knowledgeable of you should be able to work a clear improvement.


Anyway, getting back to what I was saying a couple of paragraphs ago, HD footage really does look very good indeed. Dark scenes, for instance, immediately reveal the PS50B650 to have a really excellent black level response, able to show the darkest of corners with only marginal signs of the grey clouding that still troubles most flat TVs. Though the fact that there’s any greyness at all obviously means it doesn’t reach the same black level profundity of Pioneer’s legendary KURO plasma TVs, in spite of its 3,000,000:1 contrast ratio claim.

Once you’ve ditched the stupid Dynamic preset, the PS50B650 can also produce some impressively natural colour tones with HD. Subtle stuff like skin looks authentically shaded, yet much more dynamic fare like the player’s shirts during an HD football match manages to combine genuine vibrancy with enough finesse to portray any tiny patterns, weaves and textures they contain. The near-total absence of striping in the picture can presumably be laid at the door of a combination of a powerful colour engine and the screen’s full HD resolution. Staying with colours, I was also impressed and relieved to spot no issues with the green undertones to dark scenes or orangey look to reds that so often trouble plasma technology.


Motion looks good in one way, too, in that more resolution is retained when showing moving objects than you get with all but the best LCD rivals – and the 100Hz engine that helps this happen generates no obvious artifacts. In fact, HD images look terrifically sharp and detailed, even using the slightly softening Movie preset.


However, the only time I noticed really obvious motion problems was when panning quickly round my environment while playing Call Of Duty 5 on the Xbox 360. This action caused gentle smearing, especially with dark levels like Station or Makin. Elsewhere, the general brightness levels of the picture are impressive for a plasma screen that apparently uses around 40 per cent less power than Samsung’s previous generation. 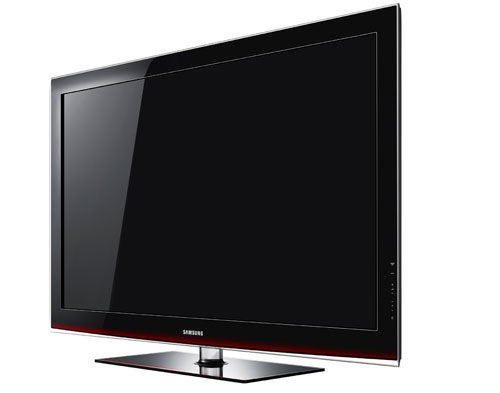 Actually, the only significant problem I have with the PS50B650’s HD performance is that occasionally really rapid camera tracking shots do tend to suffer with judder. Not really severely, but certainly more obviously than I noted recently with Panasonic’s new 600Hz plasma range.

My other concern is that colours aren’t as consistent with standard definition as they are with HD. They’re still vibrant, but some tones, particularly where skin is concerned, can look rather unnatural. Skin tones sometimes have a slightly plasticky appearance, too.


To be fair, the PS50B650’s standard definition pictures are by no means bad. But they are one of the reasons the screen only scores an 8 rather than a 9. The set’s sound is the other reason. For as with many Samsung TVs we’ve tested in recent times, the soundstage produced by the PS50B650 isn’t potent enough in the bass department to produce the sort of grandstanding sonics its big and mostly beautiful pictures warrant.


It’s not all bad news, though, since there is, at least, more treble clarity and mid-range openness in the PS50B650’s soundstage than we’ve noted with recent Samsung LCD TVs, and the soundstage spreads quite wide without losing cohesion.


While the PS50B650 is not without its flaws, if you’re looking for a glamorous, reasonably affordable high-performance HD monitor, especially if you’ve already got a separate audio system, the PS50B650 is a truly mouthwatering proposition.