Whatever else we might end up saying about the PS42Q97HDX, we certainly can’t accuse it of not making a helluva first impression. For starters there are its extravagantly glamorous looks, which combine to uber-classy effect a high-gloss, minimalist and unusually slender black bezel with a tasteful little silvery wedge section along the bottom edge.


Then there’s the small matter of its price ticket, which we’ve found as low as £699. That’s under £700 for a 42in plasma TV from a big-name brand that doesn’t look it’s made out of toilet rolls and sticky-back plastic. Amazing!


Keeping the good times rolling are the PS42Q97HDX’s connections, which incredibly include three HDMIs. That’s one more future-proofing digital connection than we’re used to seeing on 42in TVs costing twice as much. What’s more, a dedicated D-Sub PC input means you don’t have to sacrifice one of the HDMIs to computer use as you do with some rival sets, and there’s ample support from the usual component video/Scart/S-Video suspects. 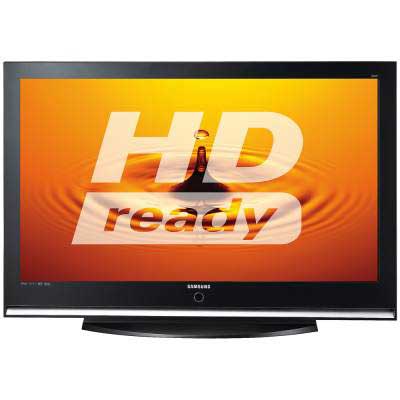 A CI slot, meanwhile, immediately reveals the presence of a digital tuner, which turns out to be backed up by all the customary features such as a 7-day electronic programme guide and programme reminder setting.


As if all this wasn’t already pleasing enough for your measly £700, the HDMIs have one extra trick up their sleeve: CEC compatibility. This industry standard for allowing intercommunication between digitally connected devices means you can use the PS42Q97HDX’s remote to pretty much totally control any HDMI-connected source that also meets the CEC standards.


The only even slight bum-note we can detect at this stage of our investigations is the inability of the HDMIs to handle 1080p sources. But given the panel’s 1,024 x 768 native resolution, not being able to receive 1080p is arguably no great shakes anyway given how much it would have to be downscaled before being shown.

Normally a TV as self-consciously cheap as this would have practically zero features of interest. But Samsung has refused to compromise too heavily in this department, either. The screen still employs, for instance, Samsung’s impressive FilterBright element, which claims to soak up around 90 per cent of ambient screen reflections. And it’s joined by a new ‘Optimal Light Filter’ element that boosts contrast and brightness by reducing the extent to which light diffuses as it emerges from the screen.

To be honest we found ourselves a little unconvinced by Movie Plus when it debuted on Samsung’s LE32R87 LCD set recently. But then it may not actually be necessary to activate Movie Plus with the PS42Q97HDX anyway given that plasma technology tends to suffer less with motion resolution issues than LCD. 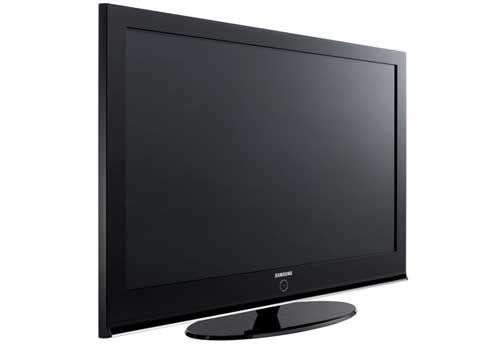 With so much going on already, it hardly seems realistic to also expect the PS42Q97HDX to deliver much of a picture performance. But it does.


It’s clear almost immediately that most of the key elements in producing a winning picture performance are in place. For instance, the screen’s black levels are really outstanding, making Samsung’s claims of a 15000:1 contrast ratio appear less fanciful than we’d anticipated. In fact, the inky blackness that forms the backdrops to so much of Alien and the terrifying experience of Condemned on the Xbox 360 looks almost as profound and free of greyness as it does on Panasonic’s latest plasmas – and you can’t say fairer than that.

The FilterBright system certainly plays a part in this black level achievement, as the suppression of practically all screen reflections means there’s absolutely nothing standing between you and the pitch blackness delivered by the panel drivers.

We’re pleased to note, too, that Samsung has largely cracked its traditional problems delivering natural colours on its plasma panels. The skin tones of the pilots during the opening space battle in the Revenge of the Sith, for instance, really look like they belong to human beings rather than some alien species. It has to be said that the PS42Q97HDX’s colours aren’t as eye-catchingly vibrant as they are on Samsung’s LCD TVs or, more significantly, Pioneer and LG’s plasma TVs. But films and especially console games certainly still look dynamic enough to keep your attention well and truly riveted on the screen.


The non-stop stream of action that makes up the majority of Mission: Impossible III on HD DVD, meanwhile, looks crisp and clean thanks to the PS42Q97HDX’s freedom from a) the sort of resolution loss caused by response time issues with rival LCD technology, and b) the sort of fizzing noise over motion that lesser plasmas – like the Hitachi P50T01U reviewed last week – can still suffer with. 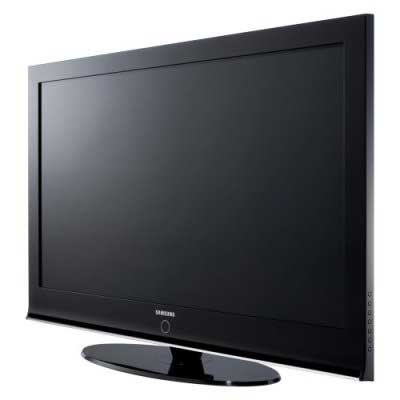 High definition sources also enjoy some respectable sharpness and detailing. To be fair we’ve seen a few flat TV rivals look sharper still, but the clarity on show is still way above what you might expect from such an affordably priced product.


In fact, we’d probably say there’s only one truly significant issue we have with the PS42Q97’s pictures given its price, and that concerns the noise levels in its standard definition pictures. To be fair this isn’t constant, and can all but disappear with a really high quality standard definition source like a good DVD disc. But where a source has a bit of noise already present, this Samsung will tend to exaggerate it rather than successfully processing it away.


The Movie Plus feature can cause moving objects to look a little noisy too, but then you don’t have to use this feature if you don’t want to, so we’d suggest you just leave it well alone.


Sonically the PS42Q97HDX also surpasses our expectations. For even though it employs the same sort of ‘invisible speaker’ technology encountered on Samsung’s previous flat TV range, this time round those speakers seem to have more power and frequency range, avoiding their predecessor’s rather flat and uninvolving soundstage.


A marginally soft look to high definition pictures and a few standard definition issues do mean that you can get better than the PS42Q97HDX if you’re prepared to pay more for it. But that doesn’t remotely alter the fact that by the standards of a £699 42in plasma TV, the PS42Q97HD is so good it’s almost silly.