A couple of weeks ago I reviewed the remarkable Samsung Pro815, a large £400 high-performance bridge camera with a huge 15x zoom lens and fantastic picture quality. Suffice to say I was suitably impressed, not least by the remarkable renaissance that seems to have taken place in Samsung’s camera design department recently. 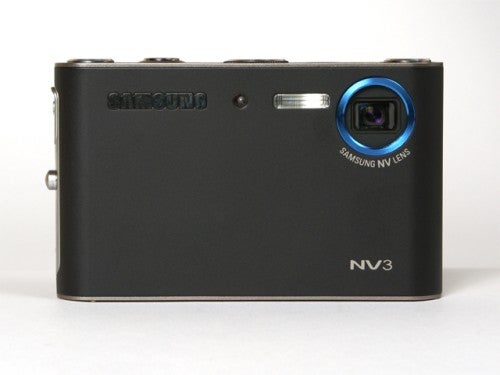 This week I’ve got another Samsung this time from the other end of the range, the £189 NV3, an extremely stylish 7.2MP pocket compact with a range of clever features designed to entertain as well as simply shoot images. Everyone who saw the camera while I was testing it commented on how good it looks, and I have to agree. The NV3 is a great piece of design, and not just for its appearance. One feature that particularly impressed me was, of all things, the charger cable and mains adapter. The cable has a USB plug on one end which can either plug into a USB-type socket on the mains adapter or into the USB 2.0 socket on your computer, so the camera can charge while you download your pictures. This means that you only have to carry one cable when you take the camera on holiday. It’s simple, but then the best design always is.


Of course the physical appearance is the first thing that will be noticed, and here the NV3 scores very highly. The body is all metal, and is finished in a very attractive smooth matt black with brushed steel details. The controls are simple and easy to understand, are clearly labelled and well laid out. The overall design has a distinctly futurist-retro look which is very “in” at the moment. It takes some styling cues from old rangefinder cameras as well, and at first I thought the two disk shapes at either end of the top plate were simply decoration, designed to resemble film winders. However they do have a function, because they hide a pair of stereo speakers. 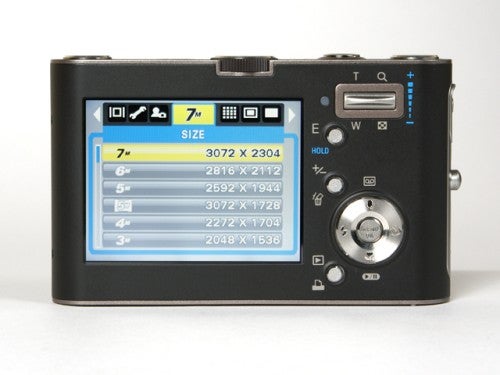 The NV3 is more than just a camera; it can also play MP3 music, XviD MPEG4 movies and can even be used for reading text files, although why anyone would want to do any of these things on a camera escapes me. It has to be said that the sound quality of the MP3 playback isn’t brilliant even with the supplied headphones, and the sound quality of the movie clips (or at least the sample Korean rap video provided) was fairly terrible. Although it has a 2.5 inch screen with a good resolution of 230k pixels, it is too small to comfortably watch movies on. The built-in speakers are better than some phone speakers at least, and should be more than capable of annoying your fellow train passengers.


I’ve seen cameras with added features like this before, and to be honest they’ve never really been much use. The NV3 does a better job than most, but I’d have to say that if you want to listen to MP3s or watch movies, buy a Creative Zen or something. 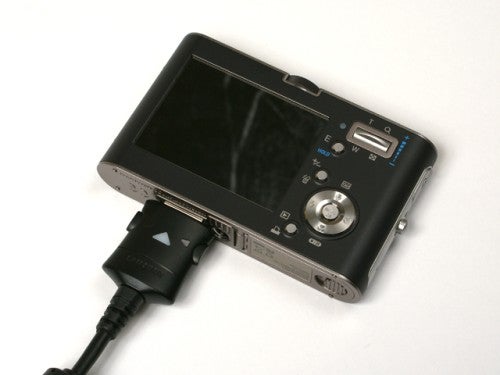 Fortunately, these added extras aren’t intended to conceal a lack of photographic features, because the NV3 is very well specified. As well as a Program and Auto mode, it has 11 scene modes, including all the usual options such as portrait, landscape, night scene, fireworks, beach & snow, children and close up, as well as a text mode. The Samsung website claims that it has a text recognition feature, but I could find no mention of this in the manual or on the menu system, so it I suspect that it may in fact be an error in translation. It does have a text copying scene mode, but this is just a high-contrast macro setting.

As well as the scene modes, the NV3 has a comprehensive list of digital effects, all of which have multiple options, including several colour modes, a highlight mode that emphasises particular areas of the frame, a composite mode for making multiple exposures, and a function that superimposes one of a selection of photo frames or graphics over the image, including speech bubbles, a heart with the message “I love you!”, prince and princess hairstyles, a royal crown and something that looks like the rosette around the MGM lion with the text “The beautiful life!” 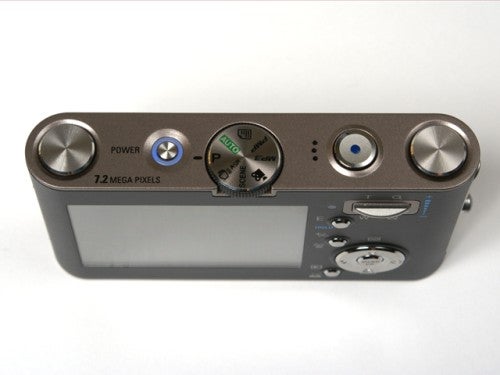 As Benny pointed out when I last took the piss out of Pentax for including these, perhaps kids will like them but I have no time for them. It has no less than nine image size settings including a five megapixel widescreen setting, and three quality (compression) settings. At the highest setting the image files are around 3MB each, and a 1GB SD card provides enough space for 249 shots.


Other photographic options include multi-zone or spot metering, centre or multi-zone AF, adjustable sharpness and auto-bracketing. There are some features available in playback mode as well, including red-eye removal.


In program or auto mode the camera performs reasonably well. It starts up in just over a second and at full resolution, maximum quality single shot mode it can take one shot every three seconds. In continuous shooting mode it can manage 10 frames in about 12 seconds, although the monitor screen is inactive while the shutter button is pressed, so all the shots after the first one are a bit hit-or-miss.


The AF system is nice and quick, certainly faster than the one in the Pro815, and works well in low light thanks to an AF illuminator, however there is a slight and inexplicable pause after the shutter is pressed, so total shutter lag is a little longer than average. 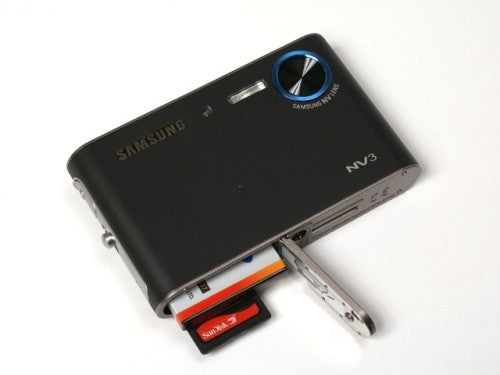 The flash deserves special mention. When I saw how small it is I was expecting it to be weak and ineffective, but in fact it is surprisingly powerful. The stated maximum range is 3.4m, but I would say this is a bit on the conservative side. I found that with ISO set to auto it had no real problem lighting a 5m room, although it does set the ISO to 400 to brighten the image.


This isn’t really a problem, because the NV3 has very good noise control. It has a range of ISO settings from 80 to 1000, much more than most cameras in its class, and its performance at 400 ISO is quite respectable. At 1000 ISO it produces about as much noise as most others do at 400.


As well as this, the overall image quality is very good, with excellent exposure and colour rendition especially in good light, and surprisingly good dynamic range for a 1/2.5” sensor. With 7.2MP it produces plenty of detail, however some of this is lost to the noise reduction system. The NV lens is excellent, producing virtually zero distortion at wide angle, and the stepless zoom makes accurate framing easy.


The Samsung NV3 is an odd little camera, but a good one. It is beautifully designed, extremely well made, handles comfortably and performs well photographically, although the “bonus extras” of MP3 and MPEG4 playback, and especially the text viewer, are really nothing special. However, at well under £200 it can afford a few quirks, and it’s certainly pretty enough to get away with it.

”A range of test shots are shown over the next three pages. Here, the full size image has been reduced for bandwidth purposes, and a crop taken from the original full resolution image has been placed below it in order for you to gain an appreciation of the overall quality. The following pages consist of resized images so that you can evaluate the overall exposure. For those with a dial-up connection, please be patient while the pages download.” 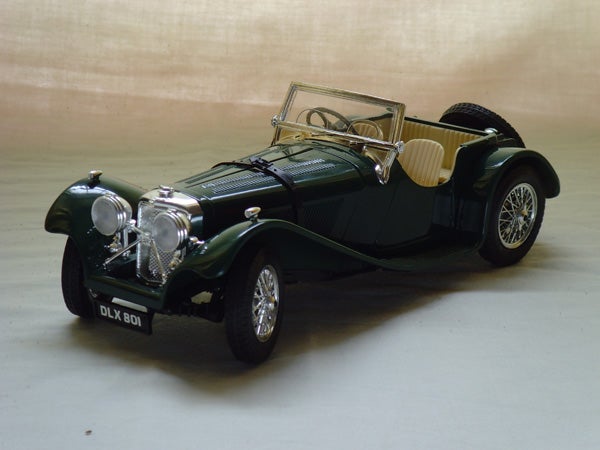 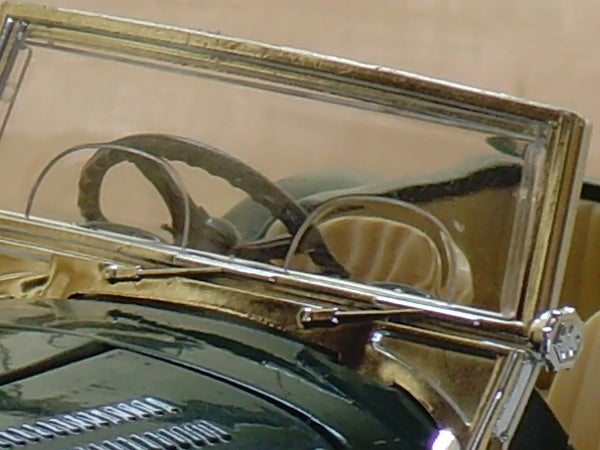 At the lowest ISO setting, picture quality is excellent with no noise at all. Is anyone even surprised by this? 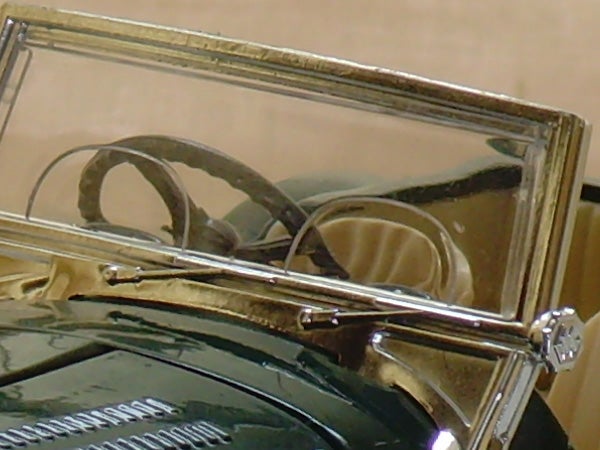 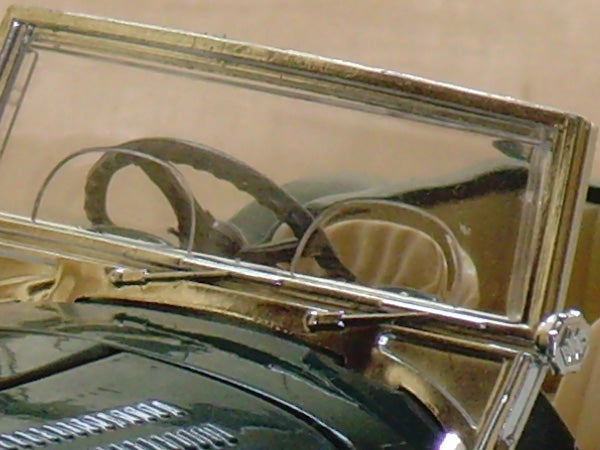 At 200 ISO there is just a hint of noise in the red channel, but it is very well controlled and doesn’t pose a problem. 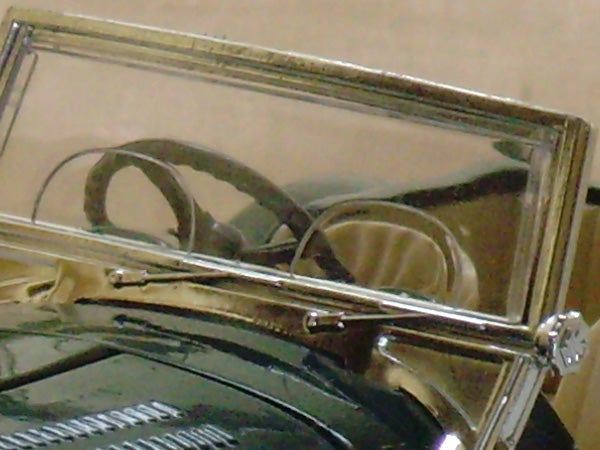 At 400 ISO most other cameras are showing a lot of noise, but the NV3 is still performing well. Some noise in the darker areas, but nothing too catastrophic. 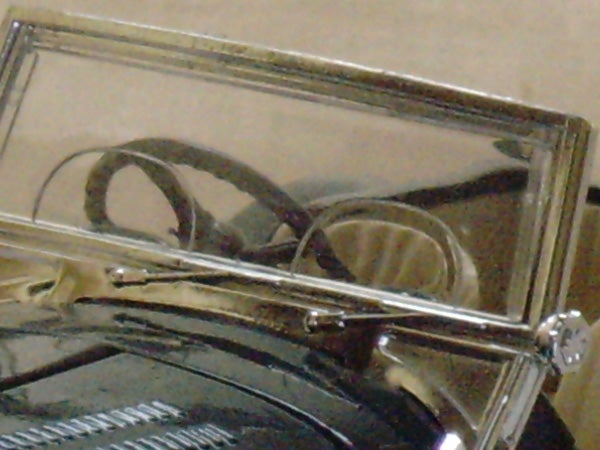 At 800 ISO the image is quite noisy in the darker areas, but the mid and lighter tones are still fairly clear. The image is a little rough, but usable. 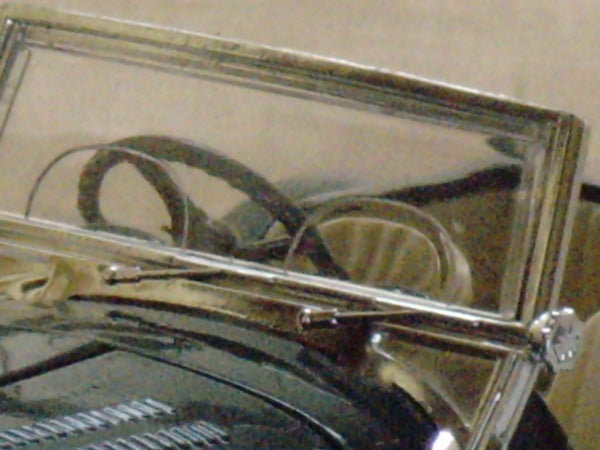 An extra 1/3rd of a stop of sensitivity makes only a slight difference to the image noise, and none at all to the exposure, so it’s only really useful in emergencies.

The stated maximum range of the NV3’s tiny flash is 3.4 metres, but the bass player was about 5m away when I took this shot.

This photograph is intended to give you a mental image of me recording sound on the NV3’s built-in MP3 recorder.

Summer’s nearly over, but while the flowers are out I’ll make use of them to demonstrate the NV3’s excellent colour reproduction.

In good light the NV3 produces outstanding colour reproduction and perfect exposure, although some fine detail has been lost to the noise reduction system.

The NV3 has a very nice little lens for an ultra-thin compact, producing very little distortion at wide angle.