Over the past few weeks I’ve been taking a look at Samsung’s remarkable new range of digital cameras, including the powerful Pro815 bridge camera and the stylish NV3 pocket snapshot model. This week I’ve got another new Samsung model, the NV10, which manages to combine both power and style in one very tempting package. It has already won the prestigious EISA (European Imaging and Sound Award) this year for Best Product in the compact camera category. 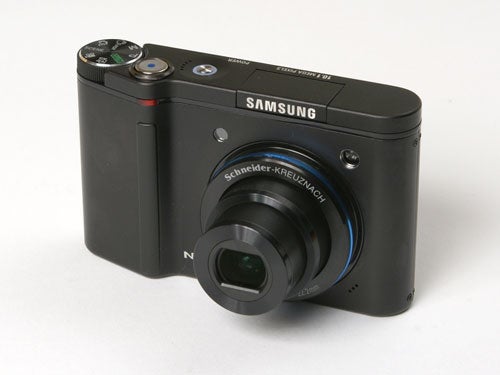 The NV10 is a 10.1-megapixel pocket-sized camera with a 3x optical zoom Schneider-Kreuznach lens (please, one day can we have a quality lens manufacturer with a name that’s easy to spell?). It has a range of automatic and manual options, and features an innovative “Smart Touch” control interface designed to make the camera much quicker and easier to operate despite its relative complexity. It has a list price of £280, but is available online for £228.25.


I’ve already waxed lyrical in previous reviews over the revolution that has occurred in Samsung’s camera design department, so I won’t go overboard on it here. Suffice to say that the NV10 is a remarkably attractive camera, and that the first impression is overwhelmingly favourable. This is, as it says on the box, a digital camera that others will envy. As you can see from the accompanying pictures, it has a very simple shape, with a rectangular cross-section and plain rounded ends. However the form fits the function and the camera is very comfortable to hold. On the front it has a nicely sculpted handgrip with a rubber insert for extra grip, while on the back the lug for the wrist strap doubles as a thumb rest, providing a good stable handgrip. 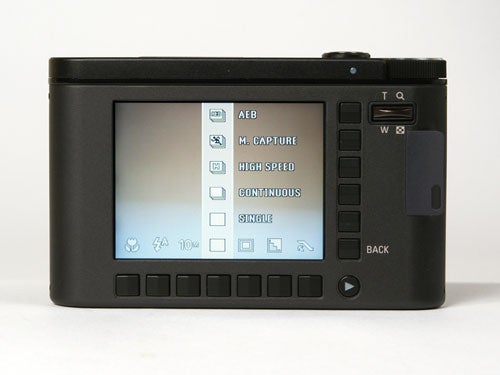 The body of the NV10 is all metal, and the fit and finish are extremely good. The matt black colour scheme looks classy and understated, and the controls are well designed and clearly labelled, except for the Smart Touch system, but we’ll come back to that later.

On the front of the camera is the F2.8-5.1 Schneider-Kreuznach Varioplan lens with a focal length of 7.4 – 22.2mm (35mm equivalent 35-105mm). The lens protrudes slightly from the front panel, but not much beyond the size of the handgrip. Also on the front is the AF assist lamp and the sensor for the remote control, which is included in the box. 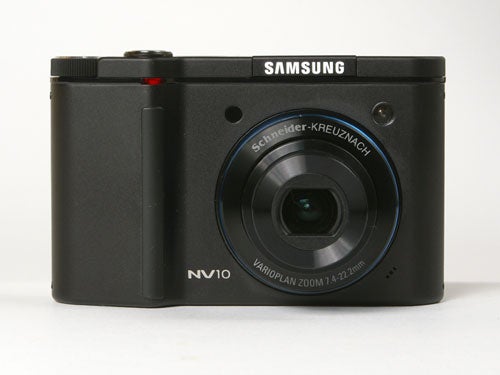 The built-in flash is a pop-up type mounted on the top of the camera, alongside the on/off button, the shutter release and the 8-position main mode dial which selects between basic shooting modes. There are quite a few to choose from, including the usual Auto and Program modes, and a limited Manual mode in which you can select either minimum or maximum aperture as well as shutter speeds from 15 seconds to 1/1500th sec. The camera is equipped with Samsung’s proprietary Advanced Shake Reduction (ASR) electronic image stabilization system, which works well but is derived from the system used in digital video cameras, and thus slightly reduces the effective image size. It also has a decent movie mode offering 640 x 480 at 30fps, and unusually for a compact camera it does allow the use of the optical zoom while shooting.


Other modes include an unusual Effects setting, which offers the same rather silly superimposed photo frames as the NV3, and also an animated .GIF mode, which shoots a brief movie clip and then turns it into a small looping animation, ideal for inclusion in emails, or as a screensaver for a mobile phone. 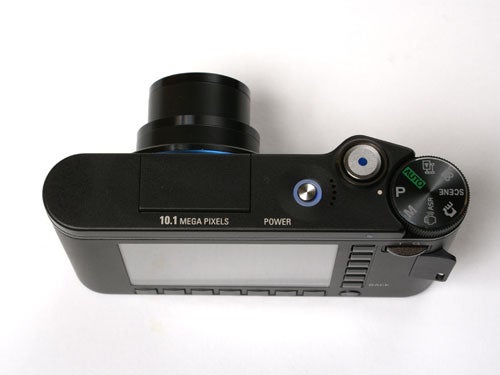 When we come to the back of the camera we find the real innovation. At first it looks rather intimidating. Rather than the usual menu button and D-pad, the NV10 has two rows of unlabelled black buttons, seven below and six to the right of the 230,000 pixel 2.5in LCD monitor. This is the Smart Touch control system. The layout resembles the control system found in the cockpit of a jet fighter, and that may be where Samsung got the idea.

Although it seems complicated at first, once you get the hang of it you discover that it enables you to change any setting on the camera with just two button presses, and completely eliminates the need for a conventional menu system. Like all the most ingenious ideas it’s actually very simple. When the camera is operating, there are icons around the edge of the screen corresponding to various camera functions, such as AF mode, metering mode, ISO setting etc. Simply press the button next to the icon you wish to change, which brings up a list of available options. You then press the button in the other row that corresponds to the setting you wish to use. In practice it is much quicker and more intuitive than a conventional menu, and I really hope this system is used on future models, and that maybe something similar might be adopted by other manufacturers.


The overall performance of the NV10 is exemplary. It starts up in around two seconds, which is reasonably quick. In single shot mode it has a shot-to-shot time of a respectable two seconds, however it also has two continuous shooting modes, a standard one that can take a shot every 1.3 seconds until the card is full, and a high speed mode that fires three shots in two seconds, but then pauses to save them to the card. 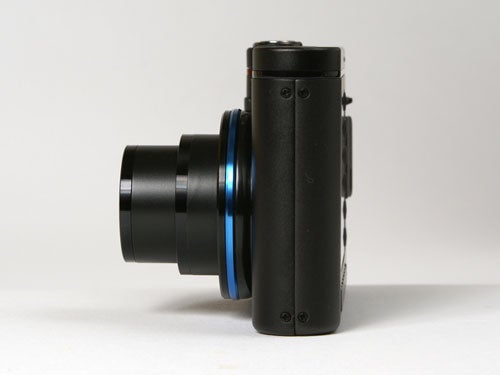 The autofocus system is very quick, focusing in well under a second in most conditions, even in very low light thanks to the AF light, which has a range of around 4-5m. The flash is also very good, providing excellent coverage and easily exceeding its stated maximum range of 3.2m.


In the highest resolution mode the NV10 produces JPEG files of around 4MB each, which is very low compression. This means that a 1GB SD card is enough for 194 maximum quality shots, or around 50 minutes of VGA 30fps video.


One slight oddity is the camera’s aperture mechanism. It appears to have only two settings, either wide open at f2.8, or stopped down at f7.1, with nothing in between in either manual or automatic modes. This does limit the creative possibilities somewhat.

Image quality is also very good. The Schneider-Kreuznach lens lives up to its reputation and produces images that are razor-sharp from corner to corner. There is some barrel distortion at the wide-angle end, but nothing too appalling.


As you might expect the 10.1-megapixel sensor produces far larger images and a greater level of detail than most people will ever need, and prints up to A3 size would look good. Colour reproduction is very natural, however I did notice some inconsistency in exposure metering. It was mostly very good, but bright skies seemed to confuse it into under exposing rather more often than most multi-zone meters. Not really a problem, but something to watch out for. 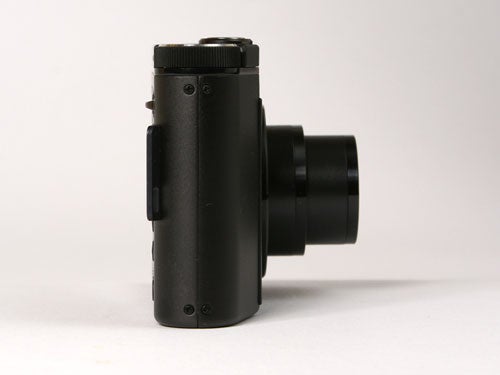 The only real problem was image noise at high ISO settings. The NV10 has an ISO range of 100-1000, but only at 100 and 200 was the image quality satisfactory. At 800 and 1000 ISO there was so much noise that the images were frankly unusable.


Other than this however, the NV10 is a superb camera, well designed, innovative, versatile and easy to use. If Samsung carries on like this then its future looks very bright indeed.


Another superb new camera from the most improved camera company in the business. The NV10 combines sleek style, excellent build quality, good performance and innovative design with good photographic results. It is certainly among the best of the 10-megapixel compacts, and good value for money too. 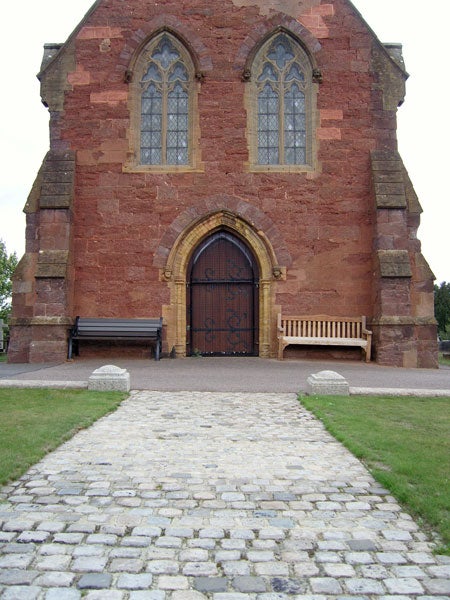 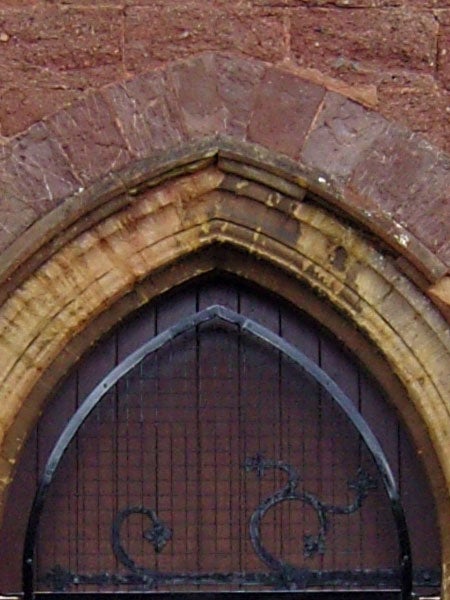 At the minimum ISO sensitivity the image is, of course, of the best quality. It is also accurately exposed and has plenty of detail. 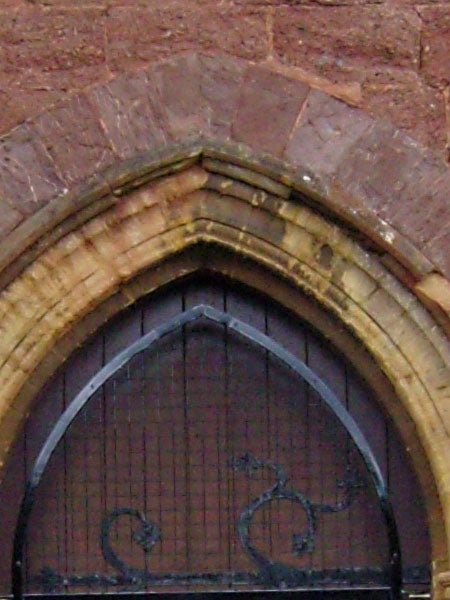 200 ISO, and already there is a hint of image noise creeping into the darker areas of the image, although colour balance remains good. 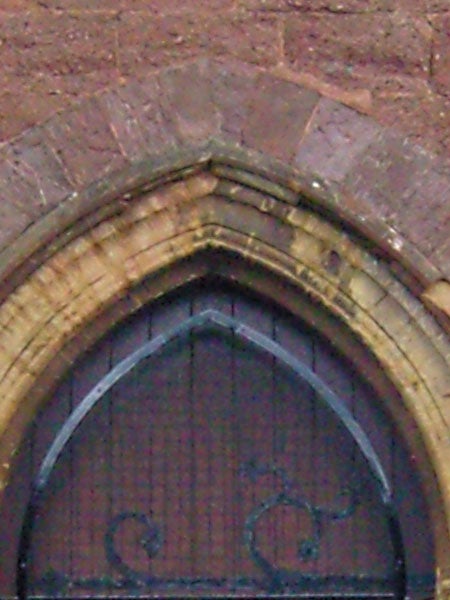 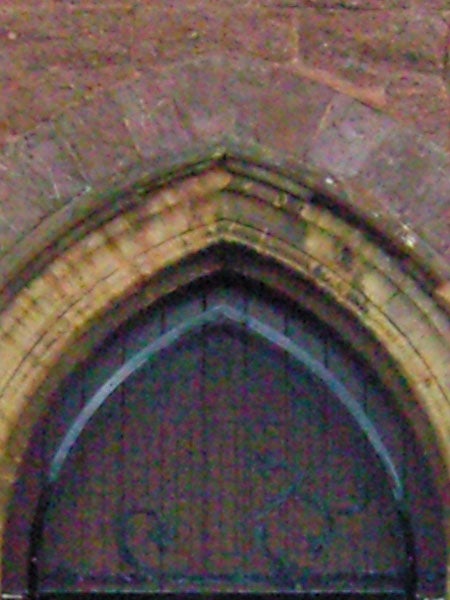 At 800 ISO the image is now very noisy, and this has a seriously detrimental effect on picture quality. 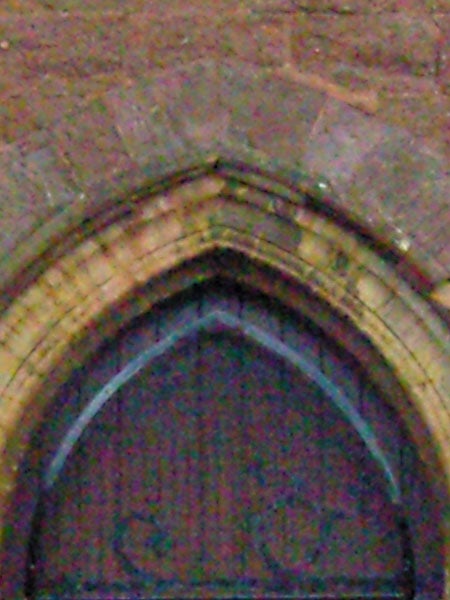 An extra 1/3rd of a stop of speed, but a major increase in image noise. Colour fidelity has also broken down, with a slight green cast over the whole image. 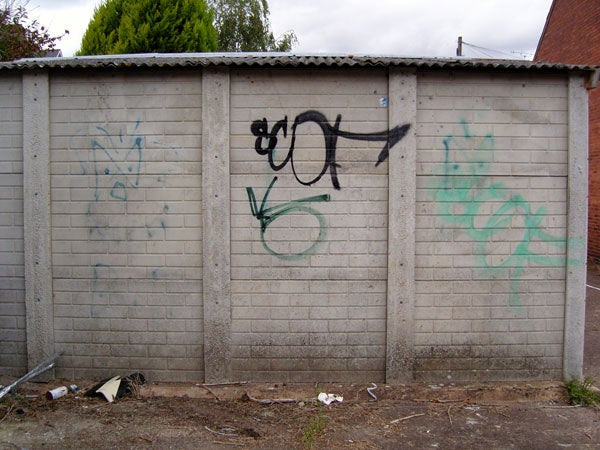 The NV10’s Schneider-Kreuznach lens is very good. There is a little barrel distortion at the wide angle end of the zoom range as you can see from the curved parallels in this shot, but it’s not too severe. 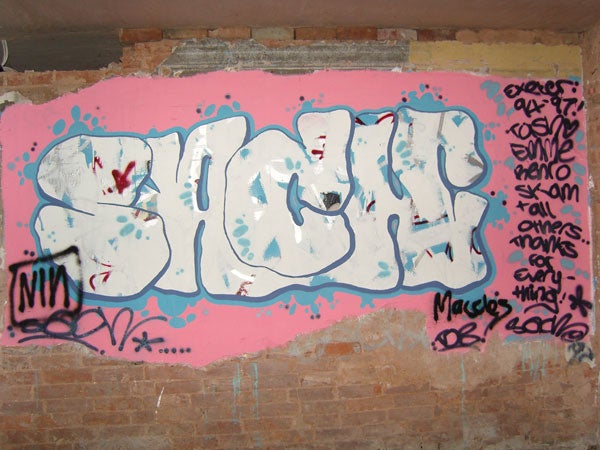 This shot was taken in a pitch dark cellar at a range of about 3 metres. As you can see, low-light focusing isn’t a problem, and the colour rendition and coverage of the built-in flash is excellent. 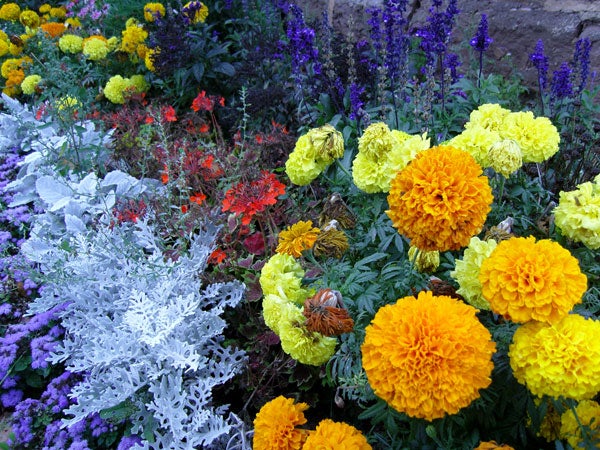 Despite the poor light of an overcast day the colour rendition is excellent, very natural and well balanced with no over saturation. 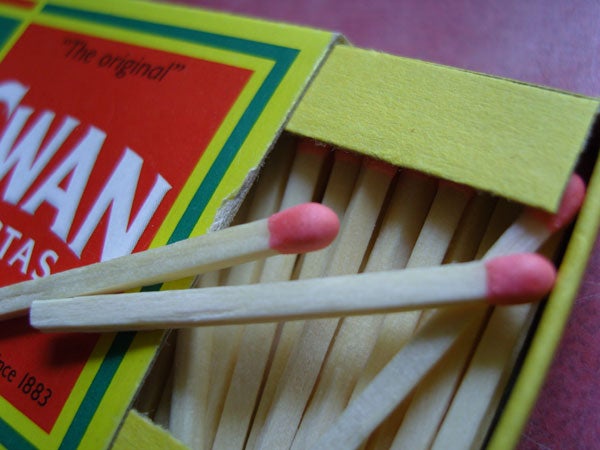 The NV10 has a macro focusing range of 4cm, but it can take it a while to focus down to that range. 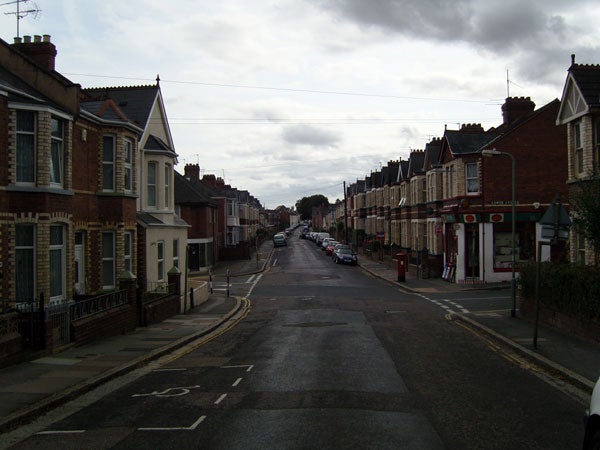 The 3x optical zoom lens has a wide end equivalent to 35mm, which is about average for a camera in this class. However compare the exposure of this shot to the next one to see that the bright sky has caused it to under-expose a little. 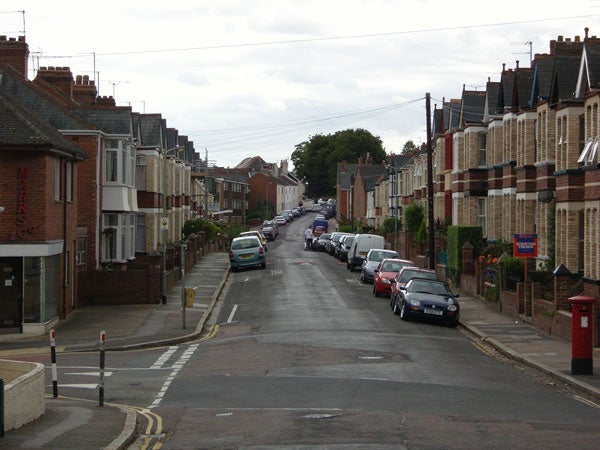 Taken from the same high-risk position as the previous shot, this shows the 105mm-equivalent focal length of the telephoto end of the zoom lens.