Samsung is one of the leading manufacturers of office laser printers and makes machines from personal desktop machines up to fast workgroup devices. The ML-6510ND is definitely one of the latter; indeed Samsung claims it’s the fastest laser printer in the world, with a top speed of 62ppm. Can it really reach that speed, and is speed everything?

One of the physically biggest printers we’ve reviewed, the ML-6510ND is over half a metre high and weighs in at 35kg. So, believe us, it’s best to move it with a friend and give it a stand or table of its own. Samsung has tried to break up its monolithic lines by keeping the colour light, a neutral fawny-grey, and ribbing the case horizontally. 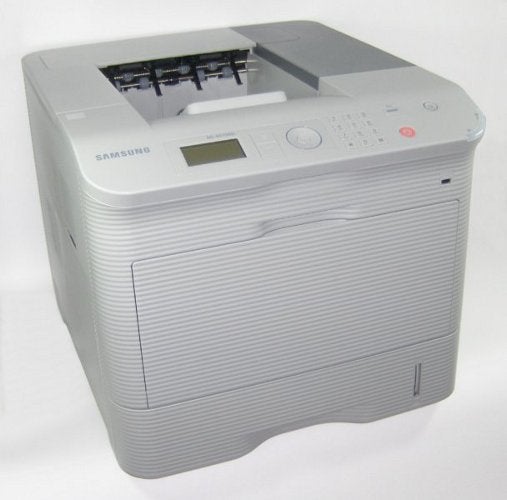 Everything about this printer is big in proportion. The output tray set into its top cover is deep enough to take documents of many hundreds of pages and the input tray can take 520 sheets at a time, more than a full ream. There’s a 100-sheet multi-purpose tray which folds down from the front panel too.

One or two further 520-sheet trays can be added as options, as well as a 2,000-sheet high-capacity feeder, giving a maximum paper capacity of 3,660 sheets. Other options include a hard drive for template storage, a stacker and a finishing stapler.

The control panel is a little more adventurous than on many mono lasers. As well as a fully bit-mapped, backlit, four-line LCD panel, there’s a number pad for entering passcodes when printing securely. A large, easy to use ring for menu navigation is also included, as is a big button marked Eco. 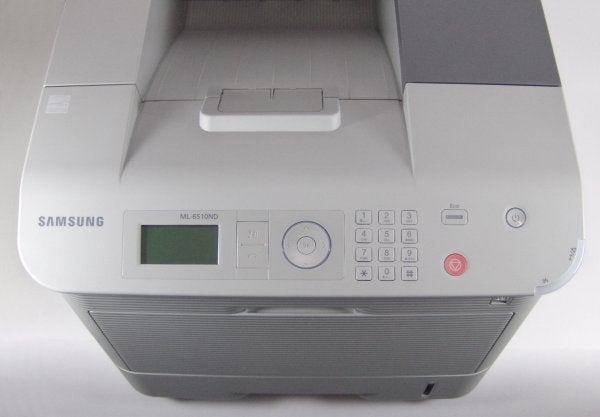 With a single push of this button you can switch the printer into duplex mode, print two pages per sheet and reduce the toner use. That’s the default Eco mode, but you can program it through the printer driver to set what you need.

Sockets at the back provide for Gigabit Ethernet and USB connections, and wireless is available through an optional adapter. The consumables load down into the machine with the 80,000-page photoconductor drum slotting in below the toner cartridge, which comes in two capacities, of 10,000 and 30,000 pages.

Software includes Samsung’s SmarThru and AnyWeb utilities, as well as PCL and PostScript drivers in emulation. Windows, OS X, Linux and Unix are all supported platforms, though drivers for the last two have to be downloaded.

So, can the Samsung ML-6510ND print at 62ppm as its manufacturer claims? Well, not from our results, but it’s still the fastest printer we’ve yet tested. Our five-page text test gave 20.0ppm and the longer, 20-page document increased this substantially, to 38.7ppm. The difference, as in previous tests, is that we include the time taken for the software to rasterise the document and for the printer to prepare to print, where Samsung doesn’t.

Duplex print is quick, too, with our 20-side document coming through in 45s, a speed of 26.7 sides per minute. You could certainly set this machine to duplex by default. The five-page text and graphics print gave 18.7ppm and a 15 x 10cm photo on A4 took 9s, in best quality mode. 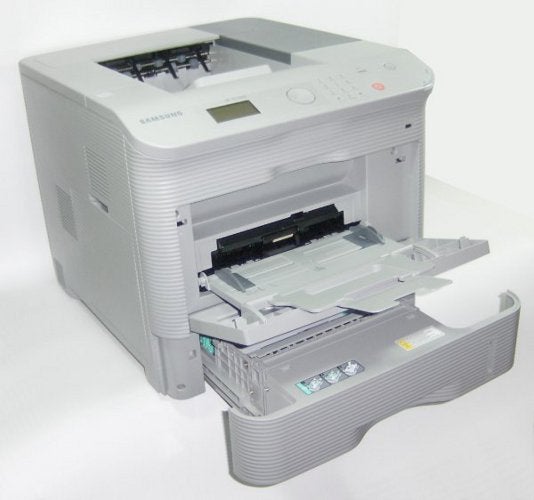 Print quality is good, with dense, crisp black and sharp edges from the 1,200dpi print engine. Greyscale graphics are also well formed, with no signs of any banding, though some colours reproduce as very similar greys, which may make segments and bars in charts a little difficult to distinguish.

As print speeds rise, mechanical noise from the paper feed mechanism often rises too, and this machine peaked at 65dBA at half a metre, which is noisier than many lasers we test. 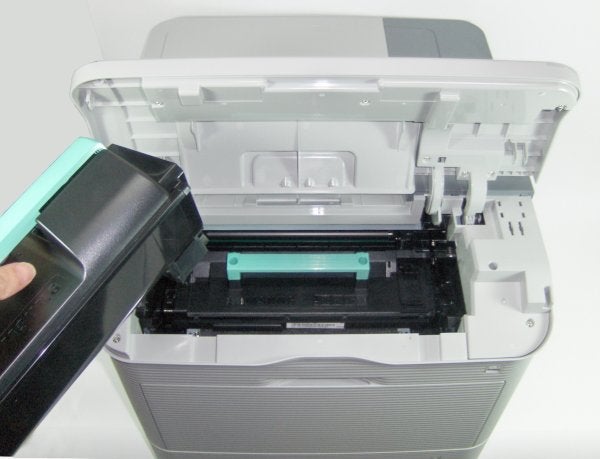 The two available cartridge types have very high yields, demonstrating the printer’s suitability  in its intended use in high duty-cycle environments. Consumable prices give a cost per page of 1.6p, including 0.7p for paper, which is very low. Switching-on the toner saving mode, multi-page per sheet and duplex options with the Eco button will reduce it still further.

So what’s not to like about the ML-6510ND? Very little, as it prints extremely fast, produces good quality text and graphics, handles documents well, is very expandable and is reasonably priced against it competition. The only small criticisms are the exaggerated speed and the machine’s bulk. You’ll need a big corner of an office.