The main differentiator between a general-purpose, small office laser printer and one designed for larger offices or workgroups is the speed with which it prints. Other factors come in, such as economy in both energy and consumables, but getting a document out of the machine quickly is key.


Samsung has a full range of mono lasers and the ML-3471ND definitely has the workgroup targeted, with its headline 33ppm speed and built-in duplex print. For all that, it’s not a bulky printer and its two-tone grey livery makes it easy to fit into a variety of office decor. 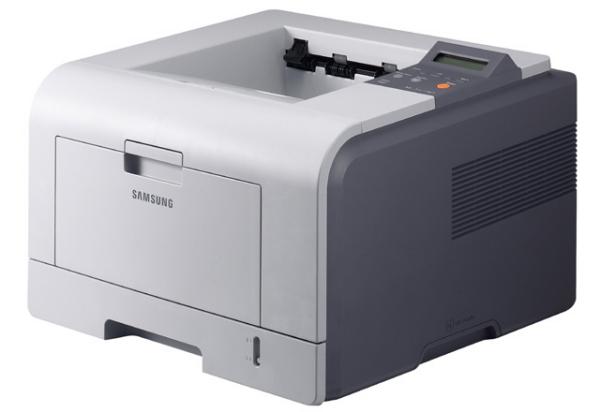 At the base is a 250-sheet paper tray, which is underspecified if the machine is really intended for a busy workgroup. You can buy an optional second tray, but this has the same capacity as the first so, with the 100 sheet multi-purpose tray, there’s a maximum capacity of just 600 sheets.


The control panel, set to the right of the output tray, is easy to use and well labelled. There’s a 2-line by 16-character, unlit LCD display, but because it’s raised up at an angle, it’s easy to read under most overhead lighting.


There are two illuminated buttons on the control panel that you don’t normally find on a laser printer. The first is a duplex button, which automatically prints all documents that come through on both sides of the paper. Where it’s quite normal to have a duplex facility in the printer driver – there’s one in Samsung’s – it’s less usual to have a button to do this in hardware – handy, though. 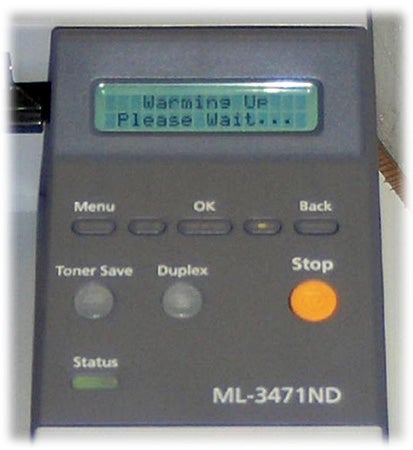 The second button is for Toner Save, another option that you can also enable through the driver. This is a feature unique to Samsung and shouldn’t be confused with a draft print mode. When printing with Toner Save switched on, text is lighter than normal, but is still fully formed and not jagged and dotty as with most draft modes.


Samsung claims a toner saving of up to 40 per cent using Toner Save, so if most of your print is for internal consumption you could leave the feature switched on and expect up to 14,000 pages from a high-yield cartridge, rather than the 10,000 pages estimated in normal mode.


At the back of the ML-3471ND are sockets for USB, 10/100 Ethernet and legacy parallel connections and it comes with both PCL and Postscript 3 in emulation. Drivers for Windows and OS X are provided and Linux is supported in Red Hat, Fedora, Mandrake and SuSE distributions, among others.


The single-piece drum and toner cartridge slides in from the front in seconds, once you’ve folded down the front panel, so the machine needs very little maintenance.

The headline 33ppm print speed is a bit optimistic, but this is a quick printer and even our 5-page text print produced a speed of 15ppm, by completing in just 20 seconds. The 20-page document increased the speed to 25.5ppm, so you’re not likely to be waiting long once the printer has sprung into life.


Since the ML-3471ND is likely to be in energy-saving sleep mode when a job reaches it, the speed at which it wakes up is a relevant factor. Here it takes around 12 seconds before printing starts, so it may appear slower if your typical workload is mainly short jobs. 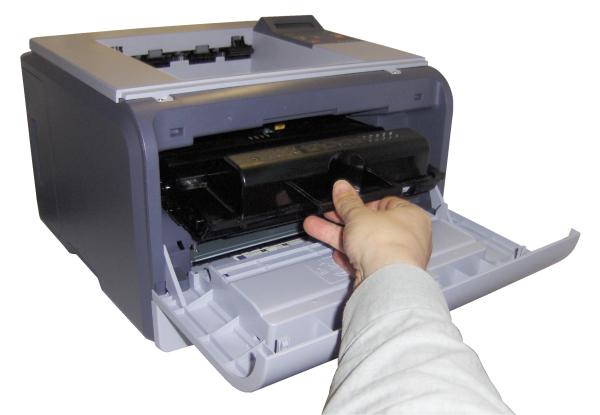 Duplex printing slows the machine down to roughly half its single-sided speed so the 20-page text test page, printed on both sides of the paper, took 1min 32secs – a speed of 13 sides per minute.


The quality of the prints the machine produces is generally pretty good. Text is well formed, though slightly light by default, but is smooth and easily readable. Greyscale business graphics are smoother than from some less expensive Samsung printers, though dither patterns are fairly obvious. The range of greys is good enough to reproduce colours with fair differentiation. 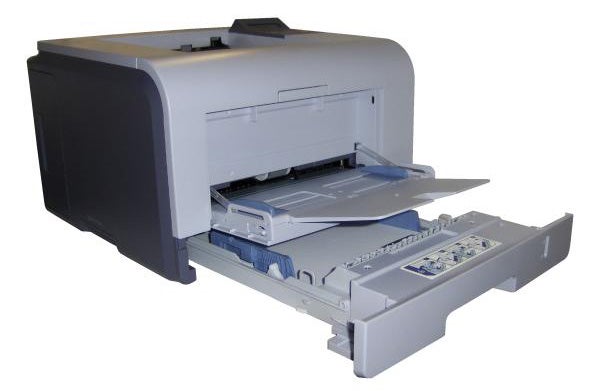 Our photographic print showed reasonable detail and the enhanced 1,200dpi resolution of the best print mode smoothes the image, but also makes it a little foggy in comparison with the straight 600dpi version.


This is a very good cost; compared with the Canon i-SENSYS LBP6300dn it’s over 0.4p per page less. If you’re happy with the quality of Toner Save mode, you can make even bigger savings.


This quick, capable printer gets on with most printing tasks thrown at it. The benefit of Samsung’s Toner Save mode will depend on the proportion of your print workload that can make use of it but, potentially, it can make considerable savings in print cost. It’s worth emphasising that this is not a simple draft print, and for many internal documents it’ll be more than sufficient. The only slight annoyance with the printer is the relatively low capacity of its paper trays.