Whatever else you might think about Samsung, it’s certainly never shy about ‘having a go’. Be it cutting prices, delivering sumptuous new design concepts or pushing back the technology envelope, Samsung always seems in search of that something extra that might give its products an edge. Which is why we perhaps shouldn’t be surprised to find the Samsung name attached to the LE46M51: an LCD TV that actually delivers in all three of the key target areas we outlined a moment ago.


On the ‘technology envelope’ front, it hits the spot by being, at 46in, comfortably the largest LCD TV Trusted Reviews has seen to date. On the ‘cutting prices’ front, it delivers its mammoth screen size for only the same sort of money demanded by your average 40in LCD.


On the design front, finally, it wears its enormous screen in a body that’s truly to die for. The black finish of its screen frame is so glossy you could use it as a mirror, the styling is gorgeously minimalistic, and the only break from the couture blackness comes from an inspired back-angled metallic strip along the bottom edge. 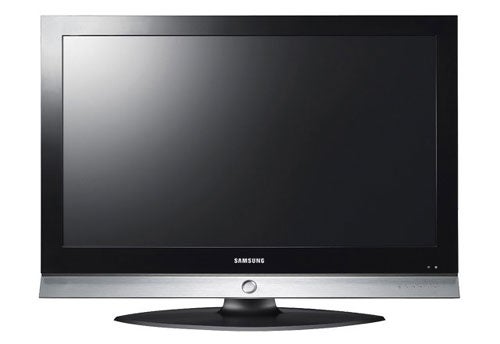 This metallic strip isn’t just there to look good either, for it allows Samsung to hide the TV’s speakers under the ledge created by the strip’s backward tilt. After all, you don’t want ugly old speakers cluttering up the place when you’ve got a dream minimalistic design brief to meet, do you?!


The 46M51’s connections are acceptable rather than outstanding. On the downside, there’s only one HDMI input when we might have hoped for two, and only a pair of SCARTs where we might have expected three. On the upside, you get dedicated D-Sub PC connection and component video inputs.


There’s no sign of any digital tuner connectivity for one very good reason: unexpectedly the 46M51 doesn’t actually have a digital tuner! This seems odd given Samsung’s fondness for all things Freeview elsewhere in its range, but them’s the breaks, we guess.

Getting on to features the 46M51 actually does have, the highlight is probably Samsung’s Digital Natural Image engine, a processing system with a number of different strings to its bow including: making colours look richer and more natural; making the contrast range more dynamic; making moving objects look sharper and smoother; and increasing fine detail levels, especially in standard definition sources.

The rather attractive onscreen menu system also contains a noise reduction routine and individual adjustment of the red, green and blue image components, while a dedicated button on the remote gives you access to a nicely presented picture in picture system.


Samsung’s claimed specifications for the 46M51 make for reasonably pleasant reading. The native resolution is quoted at 1,366 x 768, with a high-sounding contrast ratio of 3000:1 and a decent brightness output of 500cd/m2. What’s more, the set employs 10-bit colour processing to serve up a supposed 6.4 billion colours – only about half that claimed for Samsung’s new R74 range, but still pretty decent compared with the LCD industry as a whole. It’s worth reminding you, though, that you should always take figures like this with a healthy pinch of salt… 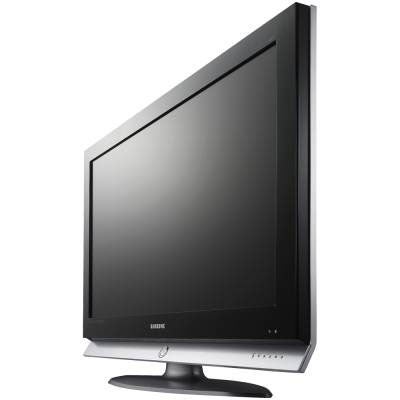 In action, the LE46M51 makes an aggressively impressive start. Bright colours, for instance, positively radiate out at you, transfixing your attention on the screen and demolishing any concerns we might have had about whether Samsung has the technical know-how to make such a king-sized screen as bright as its smaller brethren.


What’s more, the LE46M51 achieves this outrageous brightness without seriously compromising its contrast performance. Dark parts of the picture therefore look suitably black, and provide a winningly dynamic counterpoint for all the bright stuff. Even better, the LE46M51’s black levels don’t look forced, by which we mean that dark areas appear not as flat and empty black holes, but as fully integrated parts of the picture, complete with their own sense of three-dimensional scale and subtle detailing.

It’s not just dark parts of the picture that enjoy above-par detailing either. The picture as a whole is emphatically sharp and crisp, especially with our Xbox 360 and Sky HD receiver high definition sources. This proves as we’d hoped it would that the jaw-dropping clarity we’ve seen in smaller LCD pictures really can translate up to bigger screen sizes.


It does no harm to the LE46M51’s intense portrayal of HD’s detail and clarity finery that its motion handling is one of the LCD world’s better efforts too, with precious little sign of the customary smearing and lack of focus over moving objects. 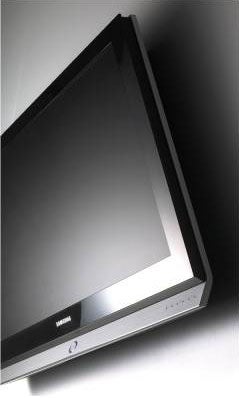 From all this you might well be thinking that our score of seven for image quality is looking a bit stingy. But we have our reasons. The main one of which is that the longer you watch the LE46M51, the more you start to notice that although dark parts of the picture do indeed look dark, they’re also afflicted by a rather annoying blue undertone. This makes deep blacks look quite unnatural, as well as shifting rather a lot of other colour tones off key. And while this problem is particularly acute in dark scenes, even bright ones aren’t 100 per cent immune.


Also distracting us from time to time are glowing halos around the edges of particularly harshly contrasted picture elements, together with some rather too obvious skips in brightness levels caused by the Dynamic Contrast system you’re expected to use if you want to enjoy the deepest black levels that the TV has to offer.


Moving on to the LE46M51’s cunningly disguised speakers, they sadly represent a triumph of style over substance as they simply don’t have the raw power or frequency range at their disposal to deliver the sort of volume levels and soundstage largesse that such a large screen deserves.


The LE46M51 initially looks like it’s god’s gift to telly with its stunning design and aggressively rich pictures. But look a little deeper and you’ll find that underneath all that surface gloss there’s really only a more or less average TV struggling to get out.