A few weeks back we looked at Samsung’s 32in LE32C580 and found ourselves feeling slightly disappointed. The set just didn’t seem to have advanced from last year’s equivalent Samsung models, and maybe even seemed to have slipped back a touch.


We wrapped that review up by wondering if the new step-up C650 series would suffer the same fate. And today we’re able to find out, courtesy of the 40in LE40C650. 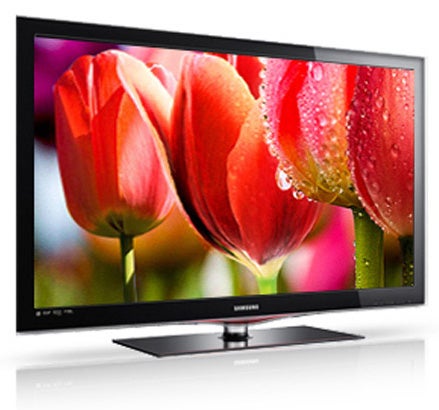 As with the C580 model, the LE40C650 is attractive without being quite as aggressively inventive and stylish as some previous Samsung efforts. The best bits are the application of a transparent outer trim around the glossy, almost glass-like black bezel; the transparent neck to the desktop stand; and the infusion of a touch of red, especially into the little arc that drops down from the centre section of the TV’s bottom edge.


It’s impossible, though, not to feel slightly disappointed by the chunky rear end sported by the CCFL LCD LE40C650 when considered against the impossibly svelte profiles of Samsung’s edge LED models. That said, the extra bulk becomes much easier to swallow when you fix in your mind the fact that the LE40C650 costs under £630 – a fraction of the price of the edge LED models.


The LE40C650’s connectivity is impressive. Four HDMIs are on hand for your HD sources, for instance, plus there’s extensive multimedia support from two USB ports, a D-Sub PC input, and an Ethernet jack. 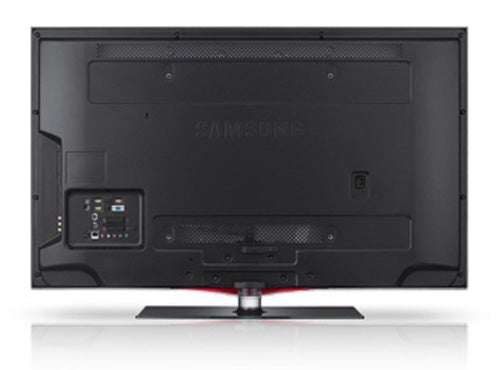 The Ethernet jack’s first call of duty is as a necessary accessory to the LE40C650’s built-in Freeview HD tuner. But happily it goes much further than that, adding both DLNA PC access and – in a significant improvement over the C580 model – a means of getting Samsung’s Internet@TV platform.


This platform scored highly in our recent article comparing the current online TV systems, and its content continues to impress. Particularly outstanding is its provision of the BBC iPlayer, which remains a rarity among ringfenced online TV systems (though Sony also launched the service this very week). Other main providers of note are LoveFilm.com, Facebook, Twitter, Picasa and YouTube, plus there’s a striking number of small Widget Apps and games.


The interface for the growing amount of online content is starting to look and feel rather cumbersome and dated, it has to be said, but it’s functional.


It’s worth adding here that you don’t have to use the Ethernet to access Internet@TV, for you can also cough up for an optional extra Wi-Fi dongle that slots into one of the USB ports. These ports can also be used for playing back a good variety of photo, music and video file formats, including DivX, XviD and .WMVs.

Heading into the LE40C650’s onscreen menus, it’s reassuring to find many of the picture tweaks and features that have graced Samsung’s flagship LED models. These are far too numerous to cover in full, but there are a few highlights we definitely have to mention.


Samsung has equipped the set with 100Hz/Motion Plus processing, and happily it’s gone to unusual lengths to make the ‘strength’ of this processing customisable. For as well as the expected Off, low (‘Clear’), Standard and high (‘Smooth’) options, there’s a Custom setting that lets you adjust with surprising finesse the extent to which the processing works on the separate judder and blur elements of the picture.

This is an excellent idea given that while pretty much everyone hates motion blur, there are plenty of people who find a bit of judder not only tolerable but actually preferable – at least when watching films – to the rather artificial smoothness that heavy duty motion processing can generate.


Other excellent calibration aids are a series of gamma settings, and the facility to adjust the offset and gain of the red, green and blue primary colour components, as well as the RGB balance of the red, green, blue, cyan, magenta and yellow colours.


Samsung has even gone so far as to include a 10-point white balance adjustment, allowing for some remarkably precise greyscale adjustments right across the dark-to-bright spectrum. 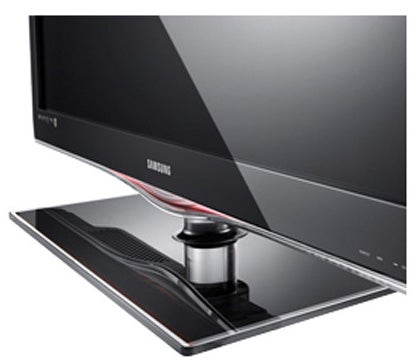 You might also want to play with the set’s noise reduction options, flesh tone adjustment, edge enhancement and shadow detail tools, as they each have a quite profound impact on the way pictures look. Actually for us they had a little too brazen an impact – especially the edge enhancement – so we switched them all off. But don’t be afraid to try them for yourselves, and if any of them work for you, then hey, last time we checked, it was a free country.


It only takes a few minutes actually watching the LE40C650’s pictures to realise that they are indeed much improved over those of the 32C580.


These improvements come in no less than three absolutely crucial areas, the most immediately striking of which is black level response. After careful calibration – which included knocking the Backlight setting down to around its 10 level – there’s far less evidence of LCD’s familiar grey clouding over black image parts than there was with the C580 model. In fact, there’s hardly any greyness at all, which makes the LE40C650 one of the best contrast performers in the CCFL LCD TV firmament. Especially since the white point correction system allows you to fine-tune your preferred balance between blackness and visible shadow detail.

The second key area of improvement with the LE40C650 comes with its colours. These are more dynamic and vibrant pre-calibration, and also become – post-calibration – more consistently natural and accurate than those we got from the C580. Couple these improved colours with the superior black level response, and you’ve already got a picture that looks seriously dynamic and, with HD movies, cinematic.


The LE40C650 further improves on the C580 with its motion handling; there’s markedly less evidence of motion blur or resolution loss over moving objects. This is especially true, of course, with the set’s motion processing active. But we’d urge you to be very careful if you do use this processing, as setting it too high can result in obvious undesirable processing side effects.


The LE40C650’s HD presentation isn’t the absolute sharpest we’ve seen, even with all the noise reduction processing deactivated and overscanning turned off (using the screen’s Screen Fit aspect ratio mode). But this only manifests itself as a marginal lack of the grain some Blu-ray films contain; pictures still look definitively HD and crisp. 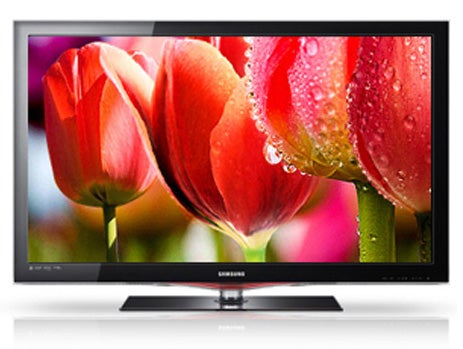 The LE40C650’s talents even extend to standard definition playback, as its upscaling engine delivers a winning combination of added sharpness and reduced MPEG and other noise.


Considering that the LE40C650 delivers its mostly excellent pictures for under £650, we can only muster two complaints. First, there’s evidence of backlight inconsistency, in the form of pools of extra brightness in the picture’s corners visible during very dark scenes. Thankfully, this all but disappears with the backlight reduced to our preferred 10 or less level, but it could sometimes aggravate people who prefer/need their pictures to be substantially brighter.


The other issue concerns the screen’s input lag. While playing Modern Warfare 2 online on the TV, we found ourselves dying even more regularly than usual, and the game just somehow felt slightly sluggish compared with our usual experience of it on a JVC D-ILA projector.


Wrapping up with the LE40C650’s audio capabilities, it’s a real relief to find Samsung improving considerably on the seriously malnourished audio efforts of its 2009 TV range. There’s still nothing much going on in the bass department, but the mid-range is notably more open, allowing the set to retain clarity during action scenes, while also painting a larger soundstage.


The LE40C650 thankfully proves that Samsung hasn’t become so obsessed with LED that it’s forgotten about its CCFL LCD sets. The LE40C650 is for the most part a really excellent picture performer that delivers some of the most cinematic, contrast rich pictures yet seen using CCFL lighting – and at a great price, to boot.


It’s also rich in features and calibration aids, with really its only big weakness – if you’re a console gamer – being its apparent input lag. We wouldn’t describe this as severe enough to necessarily spoil single-player games, but it definitely affected us online.