We guess Samsung had a bit of a problem as it started trying to design its latest LCD TV range. For with most critics – and punters – appearing to agree that Samsung’s previous LCD TV range was already the prettiest around, it must have been hard to come up with something even better. But as any English football manager would tell you, with the new mid-range LE40A656, ‘the boys done good’…


The clue to the main design feature of the 40in LE40A656 is the ‘touch of colour’ phrase Samsung has been using to market the TV. For while last year’s range was almost universally all about black, for the 600 range Samsung has injected a subtle deep red tone (called Rose Black by Samsung) into the bezel that becomes gradually more apparent the further the bezel extends out. This proves to be a masterstroke, giving the TV a unique identity without becoming too overstated. 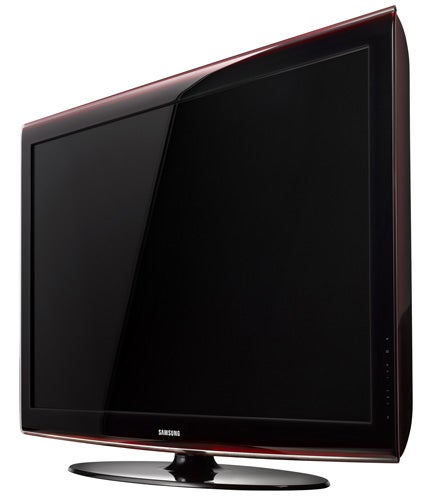 The TV’s build quality is exquisite too, ensuring that the TV looks almost as nice from the back as it does from the front. This is down in part to an industry first, whereby the bodywork doesn’t employ any glue or screws in its construction. Presumably this means it’s all held together by magic or something.


Not that its opulent-looking design and build are the only things the LE40A656 has going for it in these early stages. For starters, its connections include no less than four HDMI sockets, all built to the v1.3 specification for Deep Colour compatibility; all equipped with CEC functionality for control of compatible sources via the TV’s remote; and all capable of receiving 1080p/24 sources of the sort output by the majority of Blu-ray players. Cool.


Elsewhere, you get the customary component video input, a D-Sub PC input, an optical digital audio output, two SCARTs, an S-Video input, a composite video input and, last but not least, a USB 2.0 port for playing back JPEG stills or MP3 audio files.


The 40A656 incorporates a 1,920 x 1,080 full HD resolution and promises a supremely high contrast ratio of 50,000:1, delivered with the assistance of the inevitable dynamic contrast system where the TV’s backlight is dimmed to boost black levels during dark scenes. Also playing its part is some innovative filtering technology in the screen itself, which drastically reduces contrast-spoiling reflections.


A quick delve into the rest of the LE40A656’s features finds something that on paper ought to fill us with glee: 100Hz processing. This technique for doubling the normal PAL refresh rate has proven very successful at reducing LCD’s problems with portraying motion without the normal levels of resolution loss. Yet we’ve also seen it occasionally make pictures look worse if the processing engine driving it isn’t up to scratch. And we’re concerned about its appearance on the LE40A656 because we weren’t entirely convinced by the Movie Plus motion-enhancing system found on Samsung’s previous LCD sets. Fingers crossed Samsung has upped its game this time…


Moving on to the analysis of the LE40A656’s picture quality, there’s one thing I need to get cleared up right away: the concerns I raised earlier about this TV’s 100Hz processing are completely unfounded. For the 100Hz engine actually proves to be not only good, but one of the best in the business.


Deciding to push it hard right away with some HD football coverage, I was pretty much blown away by just how sharply and fluidly the screen portrays the players as they charge around the pitch. There’s practically no trouble at all with the usual loss of resolution or edge blurring, even when the camera pans to track the ball. 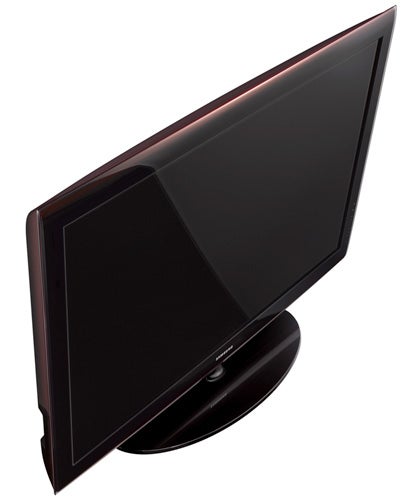 Even better, provided you stick with the 100Hz system’s Low or Medium settings, the processing making this motion handling possible does its job with minimal side effects; an occasional little halo effect here, a flash of edge flicker there, but nothing at all significant in the context of all the good work the processing is doing.


The same striking motion sharpness and fluidity crosses over to film playback too, especially if you’re watching a 24p feed from a Blu-ray, leaving you freer to appreciate another key LE40A656 benefit: excellent fine detail resolution. A really high quality HD source like, believe it or not, the Sky HD premiere of ”The Italian Job”, looks immaculately crisp, textured and sharp, with no pixel left unturned in delivering the ultimate HD experience. There’s really no overstating just how great it is to find this traditional Samsung detailing strength at last being laid truly bare thanks to the lack of any motion blur to detract from it.


Also enjoying a substantial improvement over many Samsung LCDs of the past is the LE40A656’s black level response. For starters, the automatic contrast system is far more subtle than any Samsung has delivered before, so that you aren’t distracted by obvious brightness ‘jumps’. And, furthermore, the screen can deliver much deeper, richer blacks than the vast majority of its current rivals. Needless to say this works wonders on your typical, contrast-rich movie.


Good black levels usually accompany good colours, and that’s certainly the case here. Saturations are fearsomely intense, while tones are comfortably the most natural Samsung has ever produced on an LCD TV.

Samsung also exceeds all of its previous LCD efforts by a comfortable margin when it comes to rescaling standard definition sources to fit the full HD screen. There are far less noise and colour tone issues than we’ve experienced before, to the extent that now, the LE40A656 can fairly claim to be one of the best standard def performers in the big-screen full HD world. 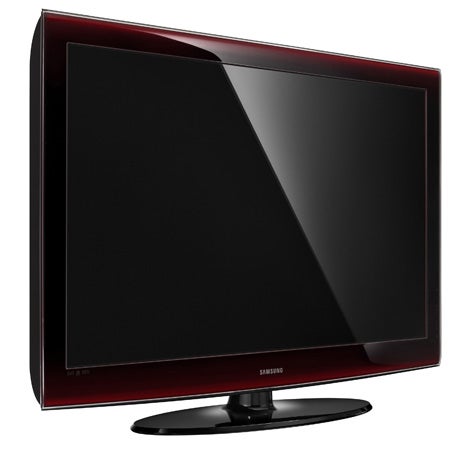 So is there anything negative left to say about its pictures at all? Well, we’ve already mentioned the very slight artefacting under extreme conditions caused by the 100Hz Motion system, especially if you’re foolish enough to set the feature to its ‘high’ level. But also we have to urge you to avoid the ridiculously OTT Dynamic picture preset the TV ships with, for this can seriously mess up noise and colour tones. And finally, although the standard definition processing is vastly improved, skin tones can just occasionally still look a bit waxy. But that’s all we can come up with, and believe us when we say it doesn’t amount to very much.


After the glories of its pictures, though, I’m rather underwhelmed by the LE40A656’s audio. There’s an impressive amount of detail in the mix, and a very wide soundstage is delivered even without engaging the SRS TruSurround audio mode. But the set sadly can’t escape the familiar flat TV problem of a distinct lack of bass, which leaves explosions sounding thin and ‘poppy’.


The first set from Samsung’s new LCD range marks a stunning leap forward for the Korean brand in both design and picture performance – and that’s saying something when you think about how good the brand’s previous sets were. Now is it just me, or can you also hear the sound of many Japanese brands quaking in their boots?