Our inevitable interest in all things 3D has meant that so far we’ve focussed our reviewing attentions on the higher reaches of Samsung’s new TV range. But it’s arguably at the lower reaches where Samsung has struck so much gold in recent years, consistently delivering levels of features and performance that have embarrassed most if not all of its similarly priced competition. So while the strikingly affordable LE32C580 might not have 3D or a pencil-thin design, we’re still excited to have it sitting pretty on our test benches. 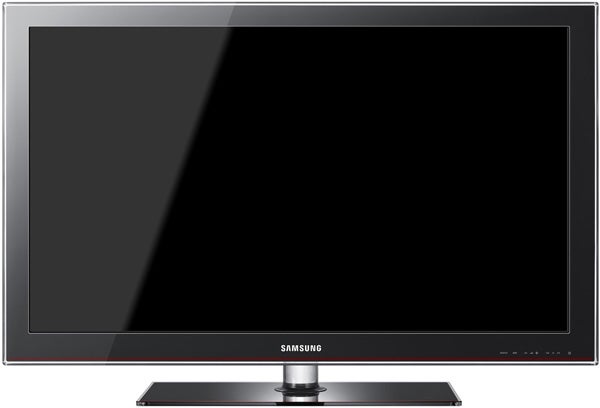 Well, maybe ‘sitting pretty’ was a bit of an overstatement. The 32in LE32C580 is certainly attractive enough with its glossy bezel, transparent outer ‘wings’ and subtle infusion of a deep red colour into the bottom edge, but it doesn’t strike us as quite such a stand-out design classic as some of Samsung’s previous affordable TVs. Though to be fair, this has arguably more to do with other brands drastically improving their TV designs than Samsung losing its design way.


Turning our attentions to the set’s rear, we find a fairly normal depth in place of the almost terrifying thinness of Samsung’s edge-LED range, as well as a fairly likeable set of connections. You get four v1.3 HDMIs, for instance – one down the side, three on the rear. There’s also an Ethernet port, a D-Sub PC input, and not one but two USB inputs, which the TV can use to either play JPEG, MP3 and video files, or for making the TV Wi-Fi via an optional extra wireless USB dongle.


Before this talk of Ethernet ports and Wi-Fi dongles starts you dreaming of going online with your bargain new Samsung TV though, it’s time for a rude awakening. For the LE32C580 doesn’t actually let you access Samsung’s Internet@TV online platform. Unfortunate, certainly, but hardly surprising on a £400 TV. 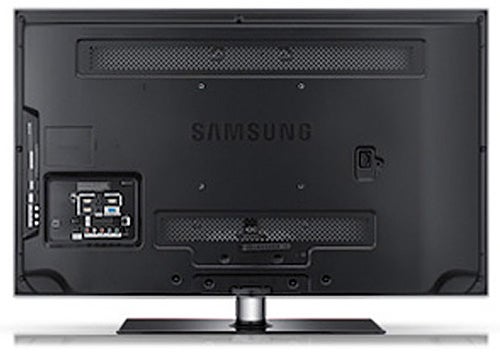 So what can you do with the Ethernet port and optional Wi-Fi dongle? Well, you can update the TV’s firmware, or access stuff on a DLNA PC through your local area network. This latter multimedia touch is actually not a bad discovery at all on such an affordable TV.


The Ethernet port is also required on the LE32C580 because it has a Freeview HD tuner – something else we wouldn’t necessarily have predicted finding on a sub-£400 32in TV. And so the Ethernet port will enable the TV to add the BBC iPlayer to its feature list once the service is ready to roll out – as well as, potentially, other services.


We’re not done with the multimedia stuff either. For the TV is also equipped with AllShare, a software platform that allows the TV to connect with compatible Samsung mobile phones or devices through a network. This way you can have your TV tell you when new calls and text messages come in; access schedules set on your phones; and play any media files you might have stored on your phone or portable device.

The LE32C580’s screen is a Full HD resolution, with a dynamic contrast ratio described as ‘high’ – though no numerical figure is added to this. The set carries Samsung’s new HyperReal Engine picture processing too, as well as a wide colour enhancer, a digital noise filter, an MPEG noise filter, and a film mode. Plus, tucked away in an ‘Advanced’ menu on the respectable onscreen menu system, you’re allowed to tweak the picture’s gamma settings, shadow detail emphasis, colour space, black tone, flesh tone levels, as well as, most significantly, the saturation, tint, gain and offset levels of the red, green and blue colour elements.


With so much flexibility at your disposal, it’s a pity Samsung doesn’t follow the lead of its great Korean rival LG and get endorsement from the Imaging Science Foundation (ISF) for its TVs, denoting that they can be professionally calibrated by ISF engineers. Though having said that, we’re not sure if many people who’ve only spent £400 on a TV will really want to splash out a potentially similar amount for a professional ISF calibrator.

The last thing to report is something the LE32C580 doesn’t have, namely 100Hz (or higher) processing. It’s a 50Hz set only. So let’s hope the screen’s native response time is fast enough to save the TV from too much trouble with LCD’s response time problems.


Unfortunately, it isn’t. One of the first feelings we got while watching the LE32C580 was that the picture didn’t look particularly sharp when there was any significant amount of motion going on, and it didn’t take long to realise that this was because moving objects obviously lose resolution as they travel across the screen.


We’ve seen far worse evidence of this blurring, it must be said. But there’s still more evidence of it than we’d hoped for from Samsung, and it’s enough to stop HD looking as crisp and detailed as we’d like.


Relatively static HD material looks very impressive by comparison, especially with overscanning and all noise reduction deactivated, with plenty of sharpness and texture. This is pleasing, obviously, but at the same time, the static clarity also proves that the set has motion problems.


The motion issues aren’t the only things we felt slightly disappointed by while viewing the 32C580, either – its black level performance isn’t as inspired as expected. We don’t have one of last year’s equivalent Samsung models to compare with, but it actually feels as if the 32C580’s black levels are weaker than those of its predecessors. Or maybe it’s just that the quality of rival TVs has now improved to a point where dark scenes on this new Samsung model no longer look as outstanding as they might have last year.


As with the LE32C580’s motion, its black levels aren’t actually bad or anything. They’re OK. But OK still counts as a disappointment where Samsung LCD TVs are concerned.


There’s one more slight issue we have with the LE32C580’s pictures, which is that its colours don’t look as consistently natural as we would have expected. The colour range on show doesn’t look quite as extreme as we would have liked, for one thing, and occasionally a very slight yellowy tinge creeps into the colour presentation. 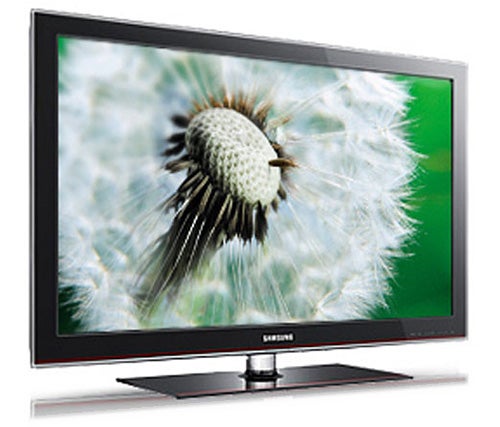 So far we’ve been rather critical of the LE32C580, so it’s high time we put our concerns in a more positive context. For the LE32C580 has plenty of things to commend it, too. Its pictures are extremely bright, for instance, which helps to hide some of the set’s contrast issues.


Finally, at long last, Samsung has started to address the audio weaknesses that have consistently plagued its recent flat TVs. It’s a small step, admittedly, but the LE32C580 produces a marginally more potent, aggressive and dynamic soundstage than we’d expected, with decently realistic vocals, plenty of treble information and even – shock, horror – a stab at producing some bass.


There’s still room for plenty of improvement where bass is concerned, mind you, and the set’s trebles can become too dominant and sibilant at times. But it’s nice to see Samsung finally heaving itself in the right sonic direction.


Looked at purely within the context of sub-£400 32in LCD TVs, the LE32C580 is a pretty good effort, with some decent multimedia features, fair-to-middling picture quality and tolerable sound. But it doesn’t stand out from the crowd as much as we’d hoped, making us suspect you might be well advised to save up longer for Samsung’s step up C650 series, which carry Internet@TV support, superior LCD panel design, and 200Hz processing – and which we will hopefully be reviewing soon.