My ongoing attempt to keep up with Samsung’s ever-growing catalogue of digital cameras is looking ever more like the labour of Sysiphus. The company’s vast range now includes over 40 different models, ranging from high-spec digital SLRs co-developed with Pentax, to sub-£80 plastic compacts sold in supermarkets. Today’s review camera is towards the lower end of the price scale. The Samsung L830 is an unassuming 8.1-megapixel 3x zoom lightweight pocket compact costing around £110, but despite this low price it manages to include some unusual and interesting features. 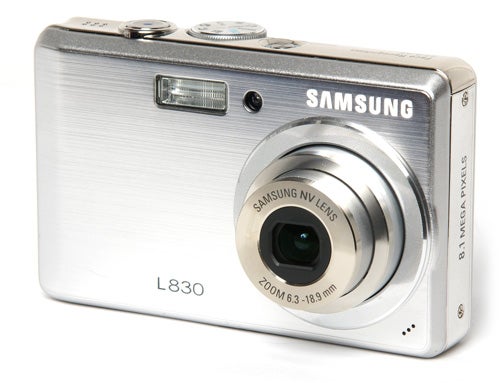 I say unassuming because visually the L830 (along with its £100 7.2-megapixel sibling the L730) is a very plain looking camera. It has a simple rectangular box design, unadorned by decoration or detail. The front of the body is aluminium with an attractive brushed finish and is available in silver or black, while the back panel is made of plastic. Between the two is a chrome strip around the sides and top, because you have to have something besides the screen to show up all the fingermarks. It is reasonably compact, measuring 95 x 59 x 21mm, and light for its size, weighing 132g minus the battery.


The L830’s list of features isn’t exactly ground-breaking, but it is pretty impressive considering the low price. It includes face detection AF and metering, 1600 ISO maximum sensitivity, and an unusual video mode which can shoot SVGA 800 x 592 resolution movies in MPEG-4 format, although only at 20fps. It has Samsung’s Advanced Shake Reduction system, which combines electronic image stabilisation with boosted ISO speed. 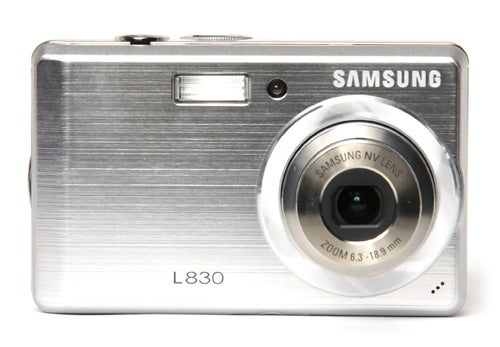 Despite its very simple design, the L830 still manages to have its good and bad points. On the plus side, the monitor screen is a healthy 2.5-inch 230k type with a fast refresh speed and a very wide angle of view, and features automatic brightness control for use in bright sunlight. Unfortunately we haven’t had any of that for a while, so I’ll have to take their word for it. Less favourably, the slippery brushed-metal finish, the slightly bevelled shape of the the front panel and the relatively small thumb grip area on the back make the camera quite difficult to hold securely, and I was glad of the wrist strap with out shooting with it. I’m not terribly keen on the controls either. 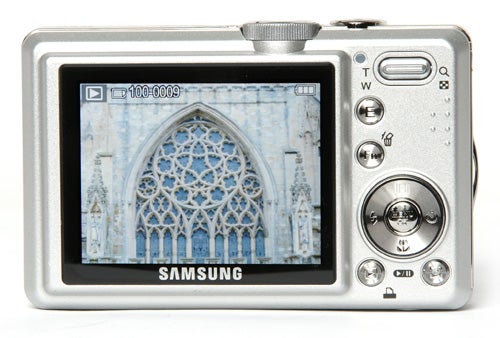 The L830 has three separate menu systems. The main one is mostly populated by camera setup functions but also including controls for sharpness, contrast and focus area. There is also a Function button which activates a row of on-screen icons for common adjustments used when shooting, such as picture size and quality, metering mode (spot or multi-zone), drive mode, ISO, white balance and exposure compensation. As well as these there is another “E” menu which offers different choices depending on the shooting mode, but includes a wide range of colour adjustments, saturation adjustment and a “Fun” setting with composite image, superimposed frames and highlights. If this wasn’t already far too complicated, the buttons giving access to these menus are metallic silver with a slight swirled texture, which makes the inset silver lettering almost impossible to read. Seriously, look at the picture above and see if you can spot the playback button.


One feature of the L830 not often found on budget-priced cameras is optional manual exposure. Shutter speeds from eight seconds to 1/1500th of a second are available, as well as minimum (F/3 – f/5.6) or maximum (f/7.7 – f/14.1) aperture. While this isn’t exactly a professional level of control, it does at least offer some opportunity for creative photography. As well as this the L830 offers nine scene program modes, portrait and night portrait modes, and the already-mentioned movie mode. 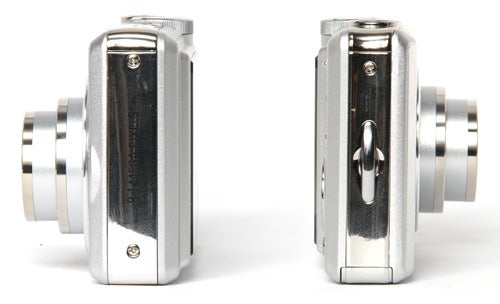 There are a number of features in playback mode, including colour balance, saturation, contrast and brightness adjustment, automatic red-eye fix, an unusual colour masking feature and, bizarrely, the option to add more noise to the picture, although why you’d want to do that is not explained.

Many budget cameras reveal weaknesses in performance where corners have been cut, saving money by using inferior components, but this is not the case with the L830. It starts up quickly in under 2.5 seconds, and takes about the same time to shut down again. Shooting time is a little slow at nearly three seconds per shot in single-shot mode, but in continuous shooting mode it is somewhat quicker, shooting a frame every 0.8 seconds. However in continuous mode there is no shutter sound after the first frame, and the monitor remains blank while the shutter button is held down, so aiming is a bit unpredictable. The autofocus system is nice and quick, and is very effective in good light. In lower light however it doesn’t do so well, failing to lock on in a dimly lit room despite the AF assist lamp. At least it lets you know quickly that it hasn’t focused.

The ASR image stabilisation system is quite effective, producing shake-free shots at shutter speeds as low as 1/10th of a second, but shooting speed in this mode is very slow, taking several seconds to process each shot. The results do look a bit over-processed, and the boosted ISO setting results in increased image noise.


Overall image quality isn’t bad, but it’s nothing to write home about either. Exposure metering is accurate and manages to retain shadow detail without burning out too many highlights. The 6.3 – 18.9mm f/3 – f/5.6 lens doesn’t bear the Schneider’ branding of Samsung’s higher-spec models, but it performs reasonably well nonetheless. It produces some barrel distortion at wide angle, but I’ve seen a lot worse and corner sharpness is pretty good too. The overall level of detail would probably be very good if only the sensor was a bit better. Unfortunately it isn’t, and lets the side down badly by showing image noise even at the lowest ISO setting. Noise at the maximum 1600 ISO setting is so bad as to be useless. This, combined with the L830’s poor low-light focusing, means that it probably isn’t the best choice for social occasions. 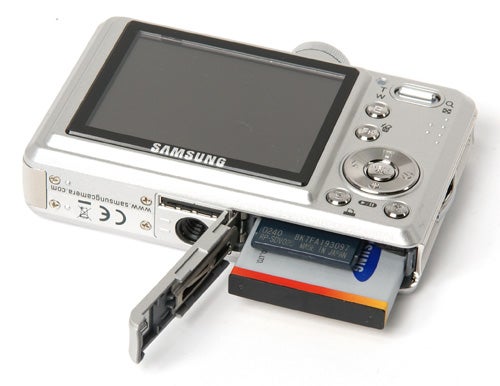 The Samsung L830 is in many ways the epitome of the average digital camera. It is fairly cheap, light and compact, well made and inoffensively designed. It has some problems with handling, but performs well under most circumstances, and does offer one or two unusual features for the price. Unfortunately image quality is poor even for a budget camera, and there are significantly better cameras available for around the same price. 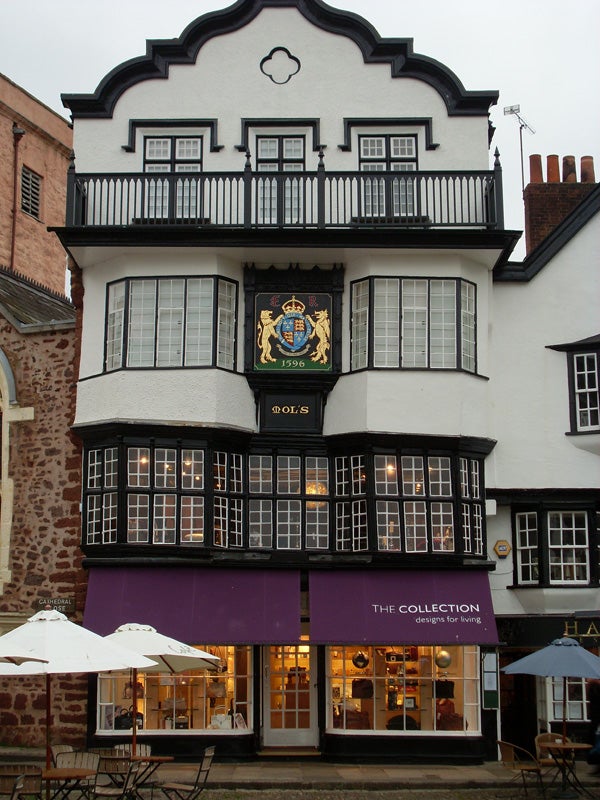 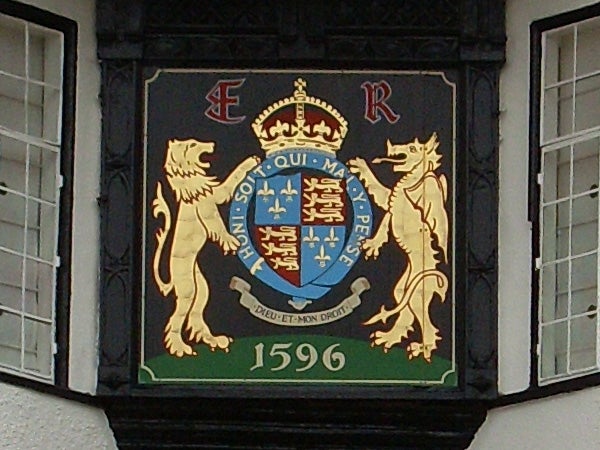 Even at the minimum 80 ISO setting, there is image noise plainly visible in the darker areas of the image. 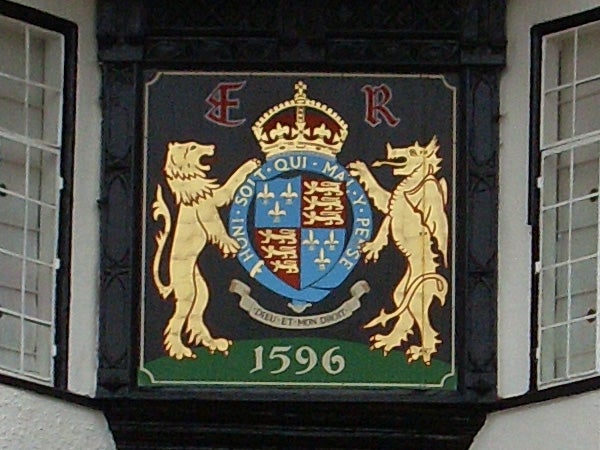 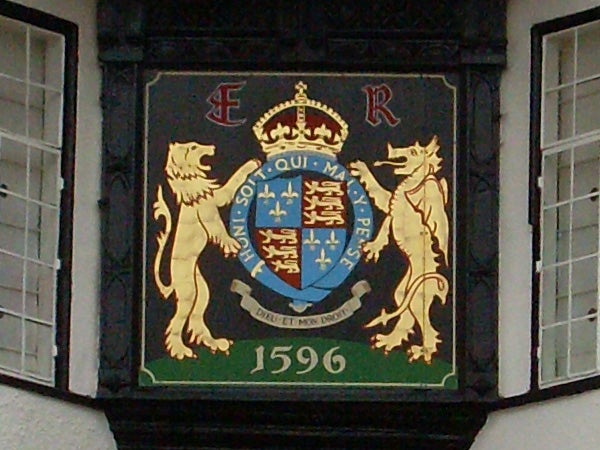 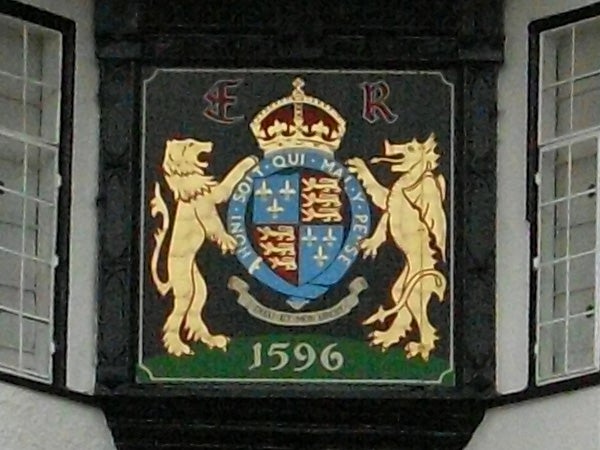 At 400 ISO fine detail has been erased by the noise reduction system. 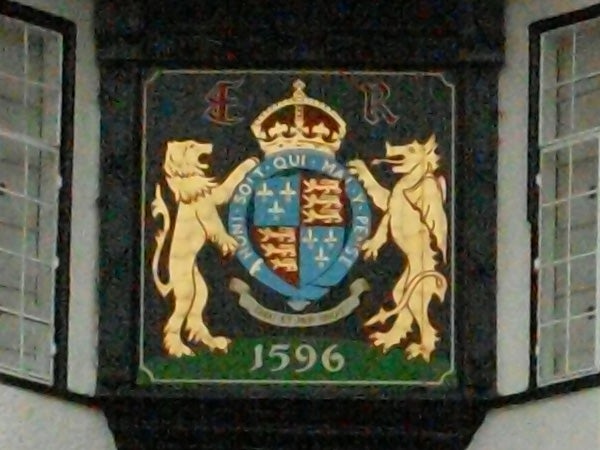 At 800 ISO the image quality is very poor, with almost no fine detail at al. 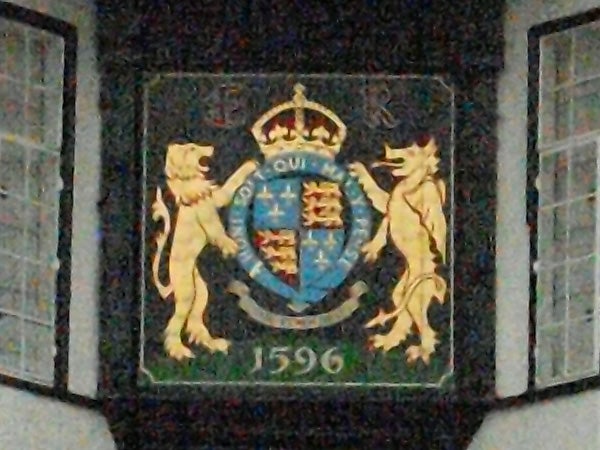 Seriously, why bother having a 1600 ISO setting when it produces results like this? 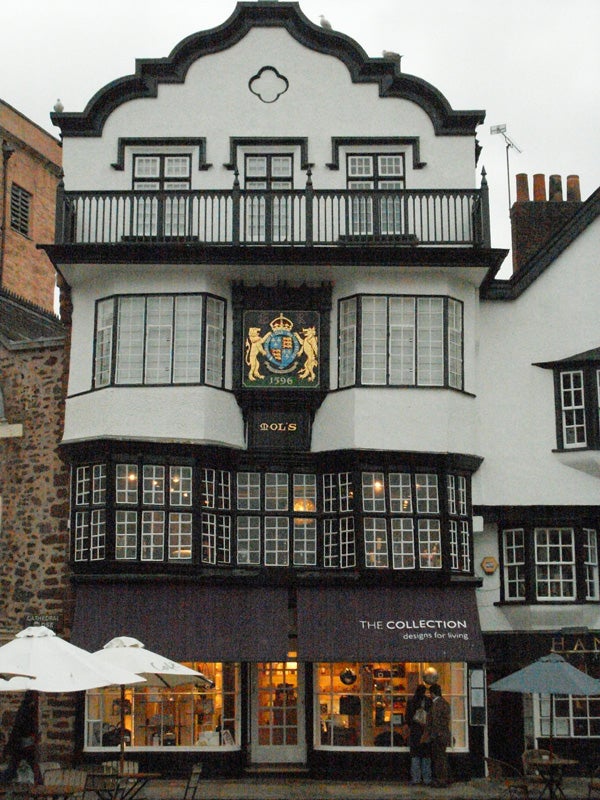 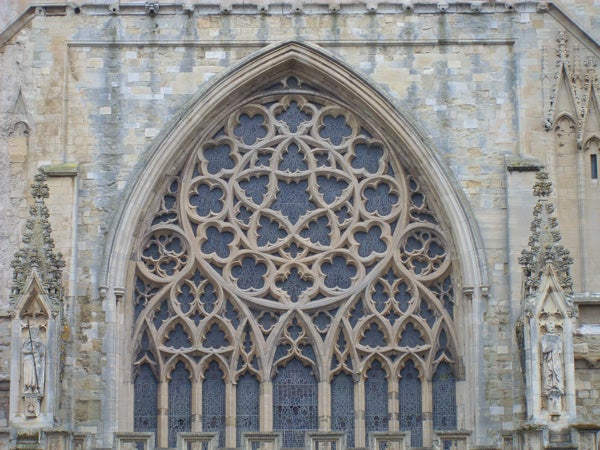 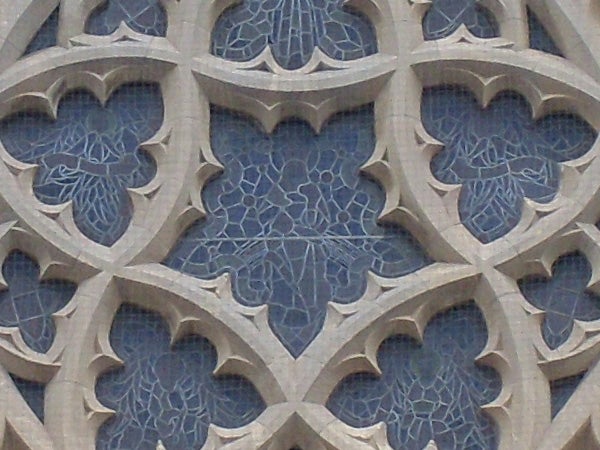 The overall detail could be better. A lot of really fine detail is obscured by image noise, even in this 80 ISO shot. 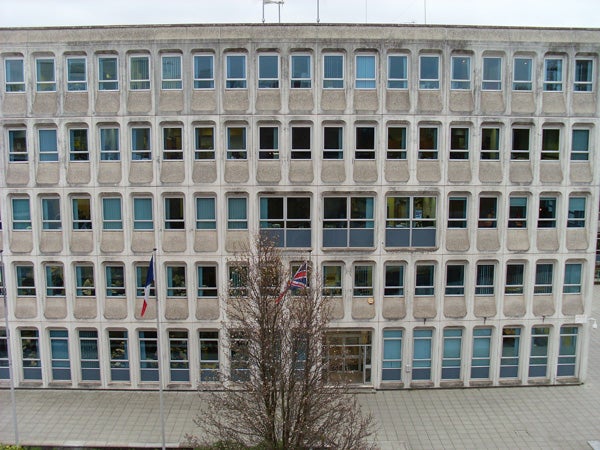 The L830’s lens does produce some barrel distortion at the wide angle end, but it’s not too terrible. 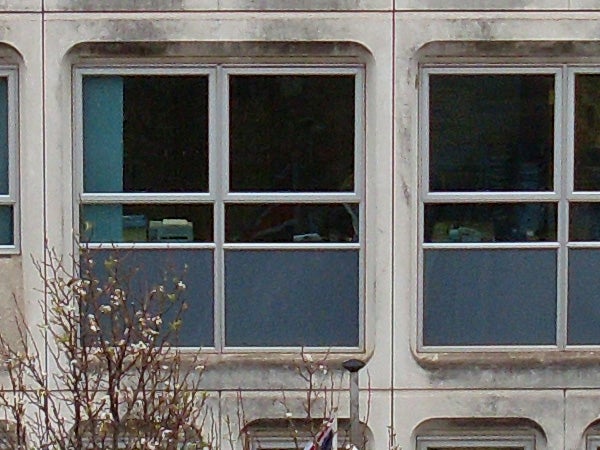 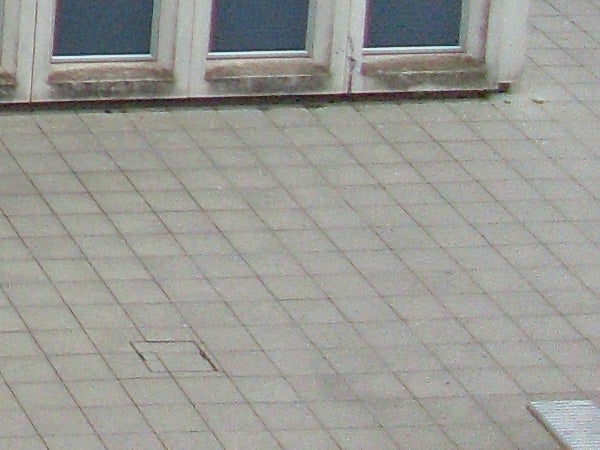 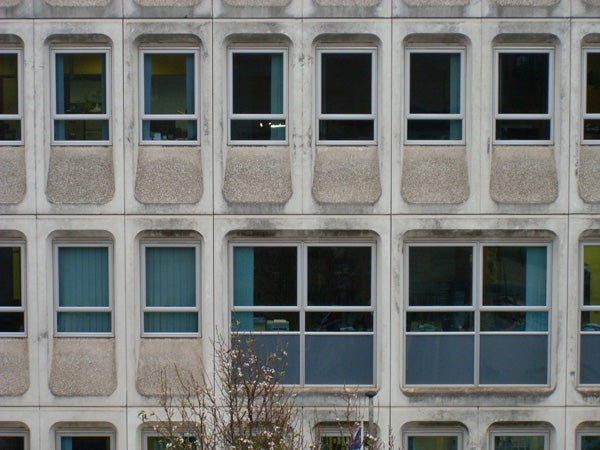 No trace of pincushion distortion in this telephoto shot. 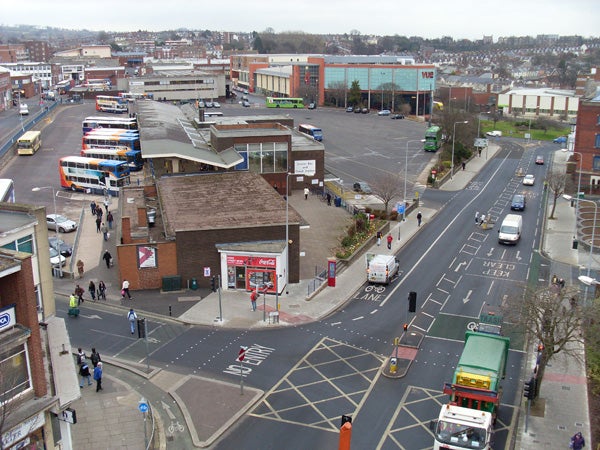 The wide-angle ens of the zoom range is equivalent to 38mm, not that wide at all. 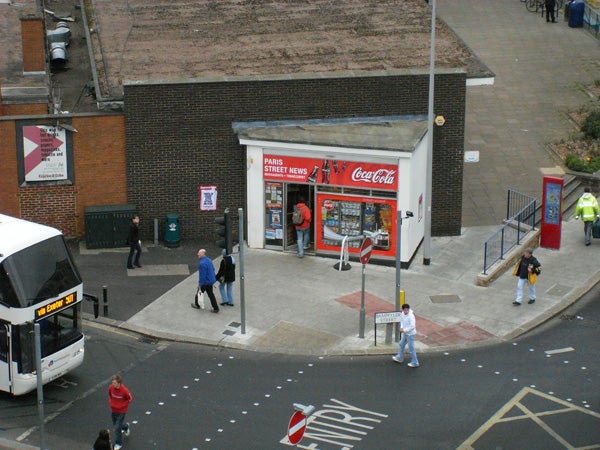 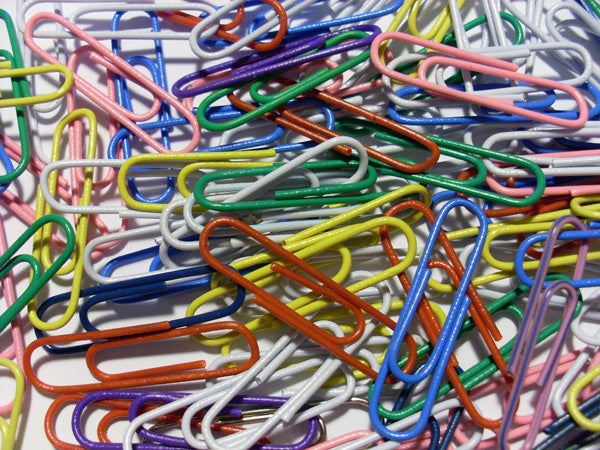 The L830 has a 1cm super-macro range. Colour reproduction isn’t bad either.