Much has been said on the subject of the ever-increasing megapixel resolution of digital compact cameras, most of it not terribly flattering. The general consensus of opinion is that cramming ever more photocells onto already overcrowded sensor chips results in increased image noise, reduced dynamic range and poor low-light performance. While there have been a number of very good super-powerful compact cameras, in general the overall increase in sensor resolution across the market has not produced a corresponding increase in picture quality. There’s very little advantage in image quality from a 10 or 12 megapixel camera over an 8 or 9 megapixel camera. 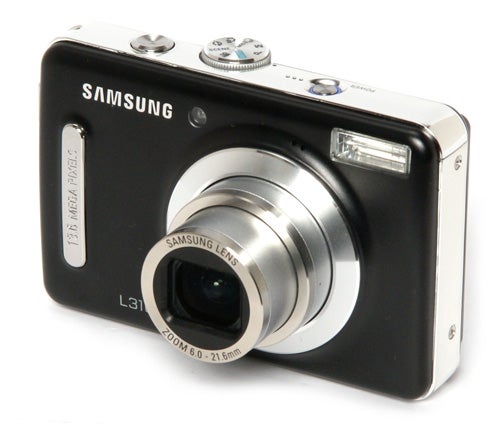 That kind of logic doesn’t deter the camera manufacturers though. Bigger numbers on the box mean more camera sales, and that’s all that matters. As a result we have cameras like this Samsung L310W, which sports a whopping 13.6 megapixels on a 1/1.72-inch CCD sensor, making it one of the highest-resolution compact cameras on the market. Currently selling for around £160 it offers more megapixels-per-pound than just about any other camera on the market. It follows in the footsteps of other high-spec, low-cost Samsung compacts such as the L210. 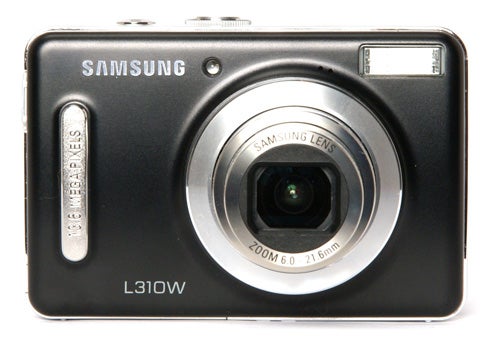 As well as its stupendous resolution, the L310W offers a 28mm-equivalent wide angle on a 3.6x zoom lens, optical image stabilisation, 3200 ISO maximum sensitivity and a 2.7-inch monitor. It also has the usual list of advanced features, including face, blink and smile detection, plus the added bonus of USB battery charging, a handy feature that means you only have to take your laptop charger with you when you go on holiday.

The L310 is an unassuming-looking camera, with a simple but attractive round-cornered design. The body is half plastic, half aluminium, and the overall build quality is very good, as I have come to expect from Samsung. The camera is available in the matt black finish shown here, a well as silver, brown and the inevitable “hot” pink, all with the same chrome trim. The L310W is quite a small camera, measuring 91.6 x 61.3 x 23mm, and it’s quite light too, weighing approximately 150g including battery. The rounded shape is a bit slippery to hold when shooting. There is a raised feature on the front that provides some finger grip, but the small ridge on the back that is supposed to provide a thumb grip really doesn’t. 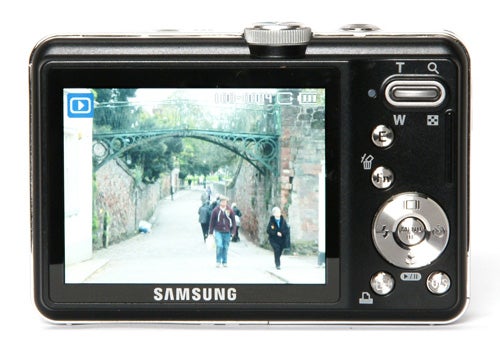 The L310W’s control layout is almost identical to the L210. It has an eight-position mode dial on the top plate which has a few unusual settings. It has the usual full auto, program exposure, scene mode and high-ISO mode, but also has a useful and surprisingly comprehensive camera guide, a nice “Beauty Shot” mode that softens and warms skin tones, and even a limited manual exposure mode, with full control over shutter speed and minimum or maximum aperture.


The rear panel buttons are rather more confusing than they need to be. Like the L210, the L310W has three different menus accessed by three different buttons. Surely it would be a lot simpler to combine the superfluous “E” menu with the function button, saving space on the back of the camera? And why does the image stabilisation system need its own button? Surely that should be a menu option? The chrome-on-chrome imprinted button labels are hard to see in low light, making it very easy to accidentally turn off the image stabilisation system. 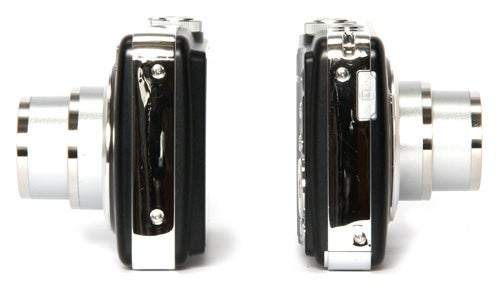 As with the L210, I don’t like the L310W’s zoom control much either. It is a clunky and slow up-down rocker switch, and the zoom travel is stepped with seven increments. It’s also impossible to turn the digital zoom off, so it’s possible to stray into picture-ruining territory.


Surprisingly, considering that Samsung is one of the world’s leading manufacturers of LCD screens, the L310W’s monitor isn’t all that good. It’s bright enough for daylight use, but it has quite a low refresh rate and a severely limited angle of view, especially when held above head height.

The L310W’s overall performance is pretty good. It starts up in well under two seconds, which is nice and quick, and shuts down again just as quickly. In single-shot mode at full 13.6MP resolution it can shoot approximately one frame every three seconds consistently, which is really not bad considering it’s outputting JPEG files averaging around six megabytes each. In continuous mode it can manage a shot every 1.5 seconds, but it suffers from the same annoying trait as the L210; while shooting the monitor is blank and there’s no audio cue that it’s taking pictures. 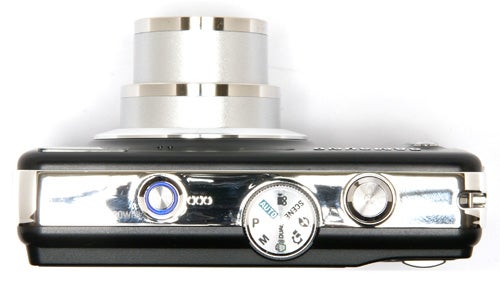 The autofocus system is exceptionally fast and accurate, and after the L210’s poor performance in this area I was delighted to find that its low-light performance is especially good. With its very bright AF assist lamp it will focus quickly and reliably even in total darkness at a range of several metres, and if it fails to focus it lets you know right away rather than hunting around for a few seconds. The face detection system is also good, tracking even poorly lit faces quite reliably.


The optical image stabilisation system seems to be the same as the L210 and several NV models. It’s good enough for hand-held shooting at 1/15th of a second at wide angle, but when zoomed in I found camera shake at 1/30th of a second, which I wouldn’t expect to see from a good IS system.


The L310W uses a 1/1.72-inch sensor, slightly larger than the 1/2.33-inch size used in most compacts, but even so squeezing nearly 14 million photocells in thee gives it a very high pixel density. The main reason for increased sensor resolution is the supposed gain in image quality, however while the L310W’s huge 4224 x 3168 pixel images are indeed very impressive at first glance, a closer examination reveals that in fact the level of recorded detail simply isn’t as good as a decent 10-megapixel camera. This is a shame, because in other respects the L310W actually performs quite well. Exposure is generally accurate, colour rendition is good, and even dynamic range is better than expected, although it does have Auto Contrast Balance to help boost shadow detail. However this feature also tends to remove contrast from some shots, leaving them looking a bit flat and lifeless, so it’s best not used all the time. 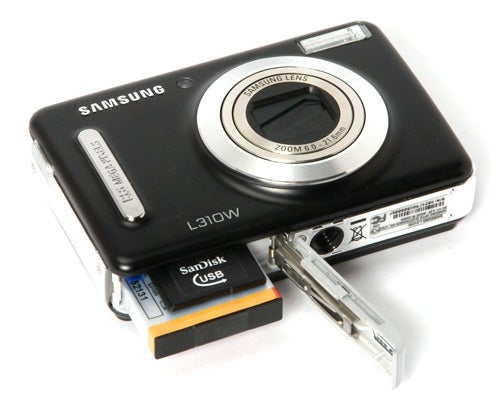 Noise control is actually slightly better than I’d expected, but there is image noise visible in my test shots even at 80 and 100 ISO. Noise reduction effects are visible at 200 ISO, and at 400 ISO fine detail is lost to a have of noise-reduction blur. At the highest full-res setting of 1600 ISO there is virtually no shadow detail, contrast or colour depth.

While the L310W does offer a lot of bragging power for £160, its 13.6-megapixel sensor offers no advantage over cheaper, lower resolution models. Although its build-quality, overall performance and especially its low-light focusing are impressive, and the optional manual exposure is a welcome bonus, it’s hard to recommend the L310W as a useful camera based on its unimpressive image quality. There are better cameras with smaller numbers on them, including many from Samsung. 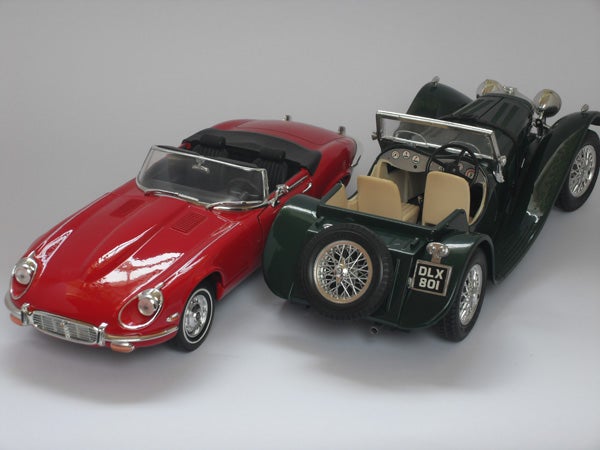 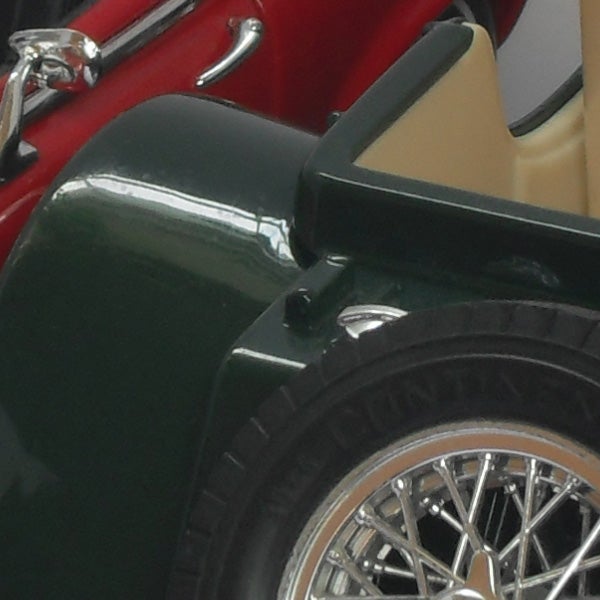 At 80 ISO the image is sharp and impressively big, but there are traces of noise in the darker areas. 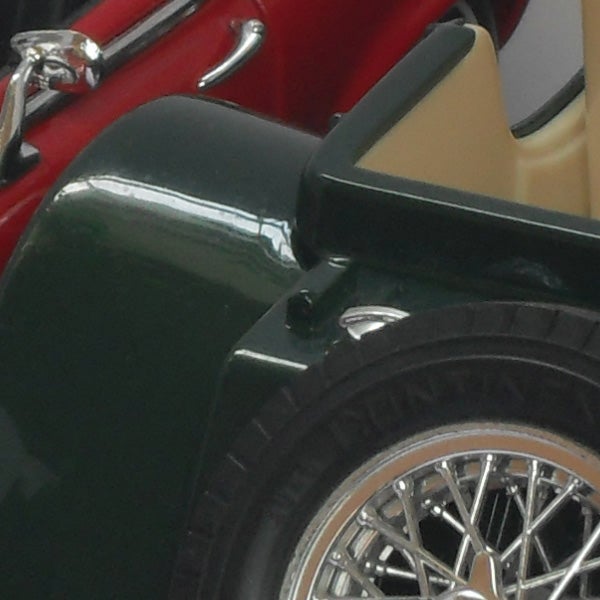 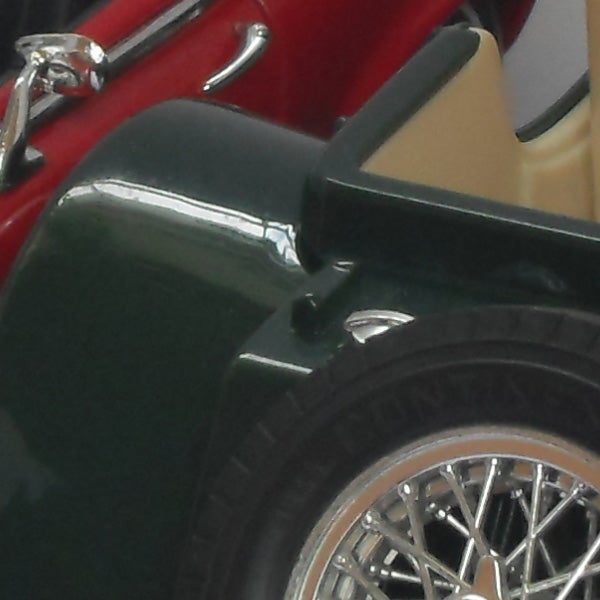 The noise reduction is starting to blur fine detail at 200 ISO. 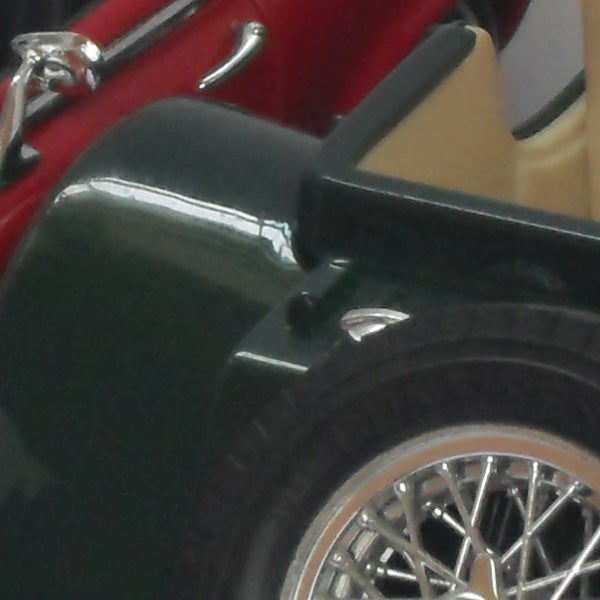 Noise reduction blurring has reduced the level of fine detail and tonal distinction even further. 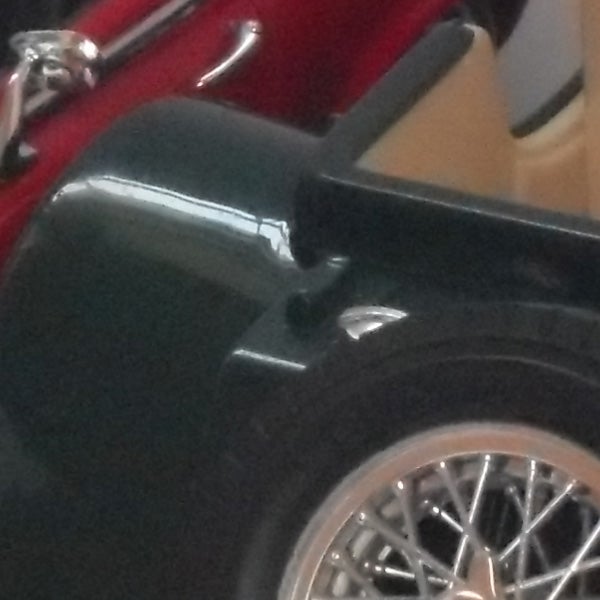 The image is quite noisy at 800 ISO, and colour rendition is also starting to degrade. 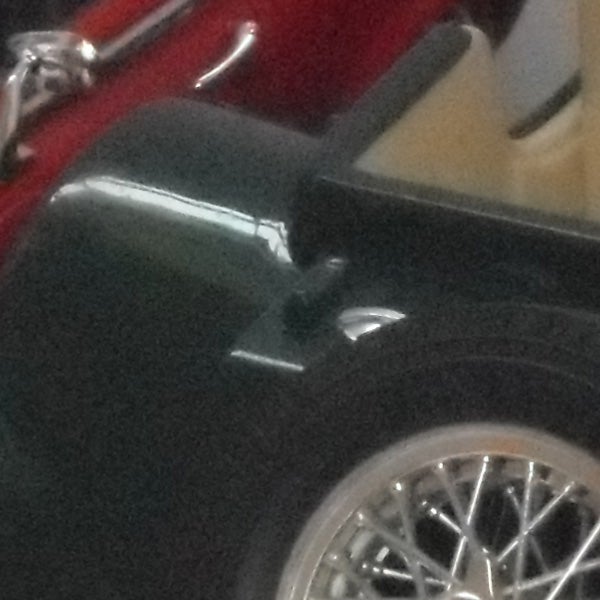 All shadow detail is gone at 1600 ISO. Can you make out the tread on the spare tyre? 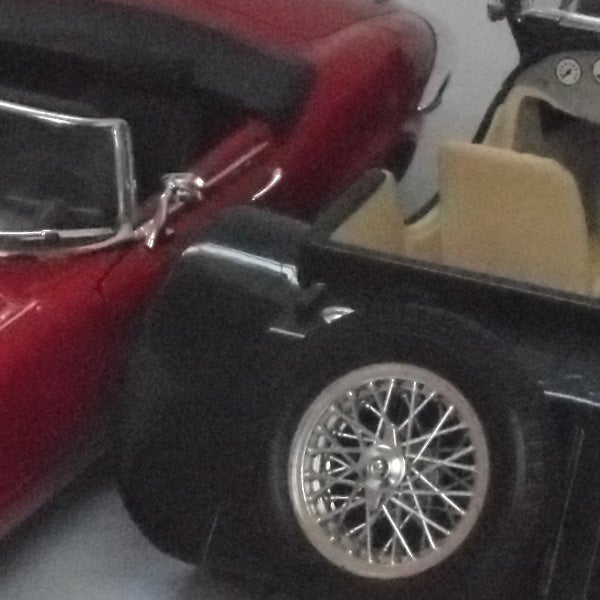 3200 ISO is available at 3MP, but the image quality is very poor. You can’t even make out the edge of the spare tyre in the darker area. 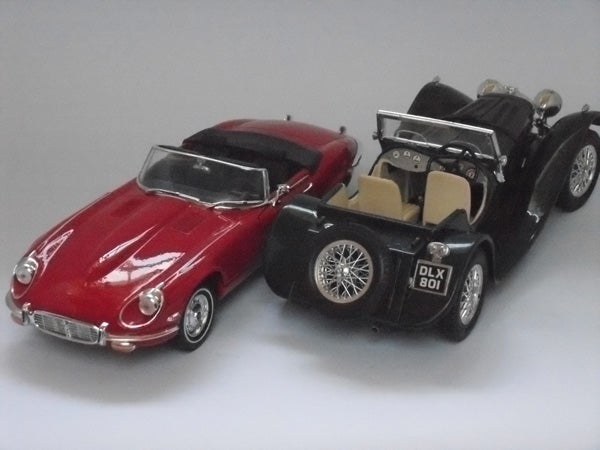 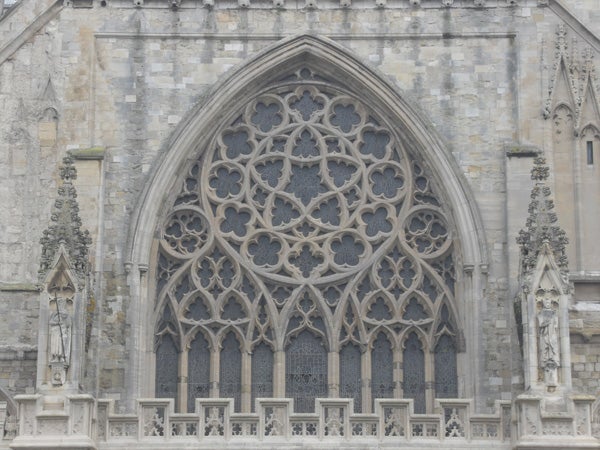 Here’s my usual test shot of the west window of Exeter cathedral to compare detail and sharpness with other cameras. See below for a full-res crop or click to download the full-sized version. 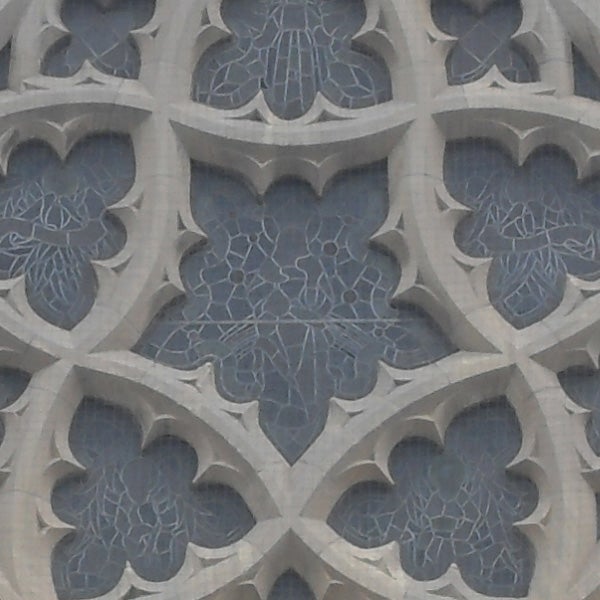 Even though this shot was taken on a cloudy day, a good 10MP camera would capture more detail than this. 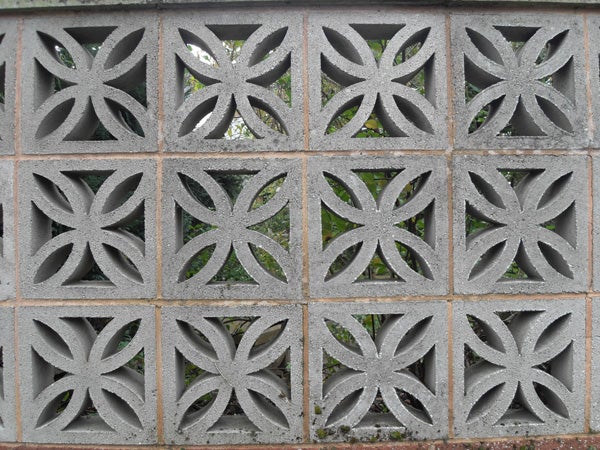 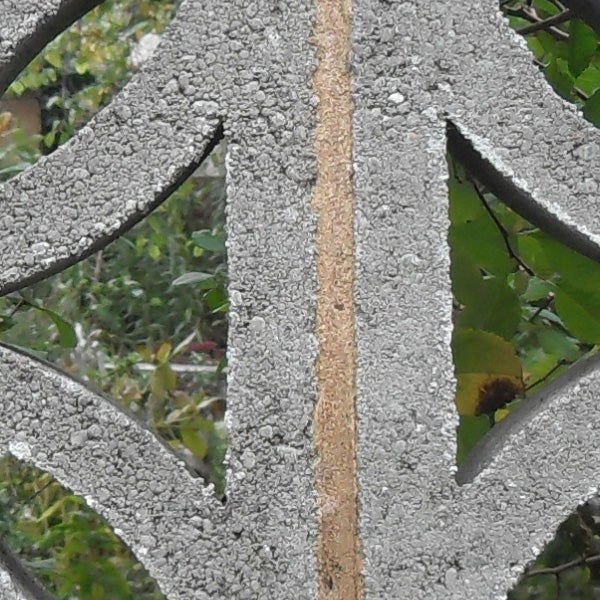 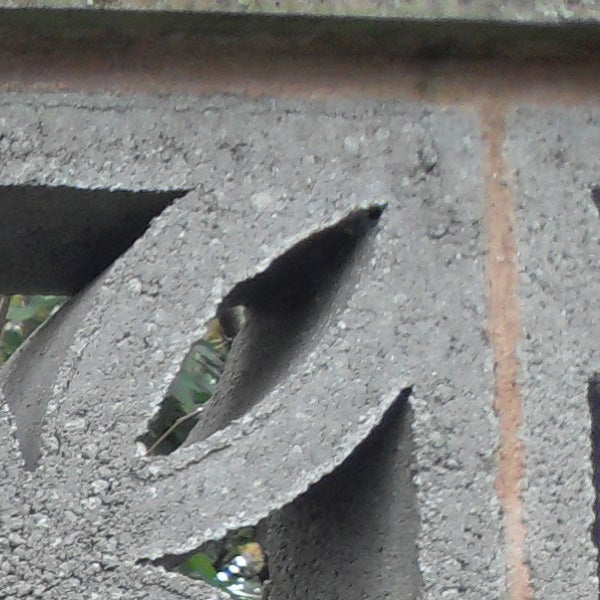 …as is corner sharpness, with little corner blurring and virtually no chromatic aberration. 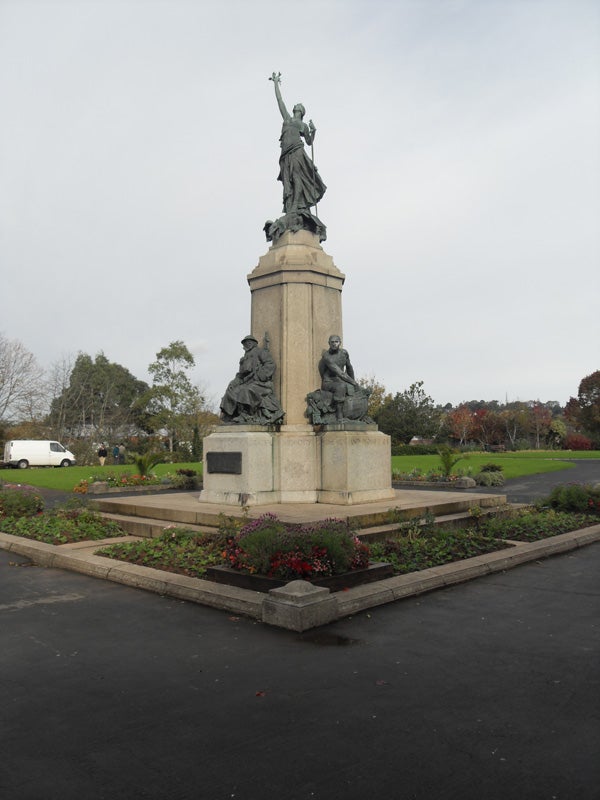 The wide-angle lens is equivalent to 28mm, wide enough to capture large groups of people, or up to three Americans. 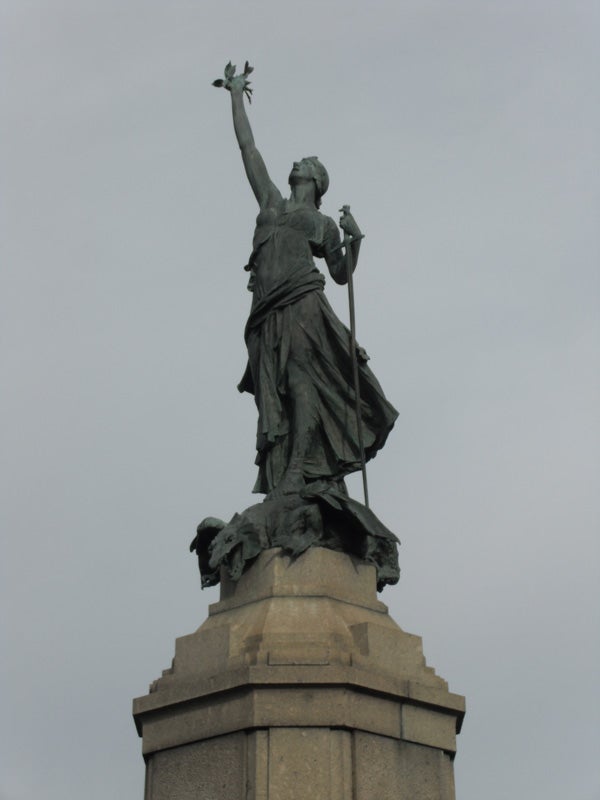 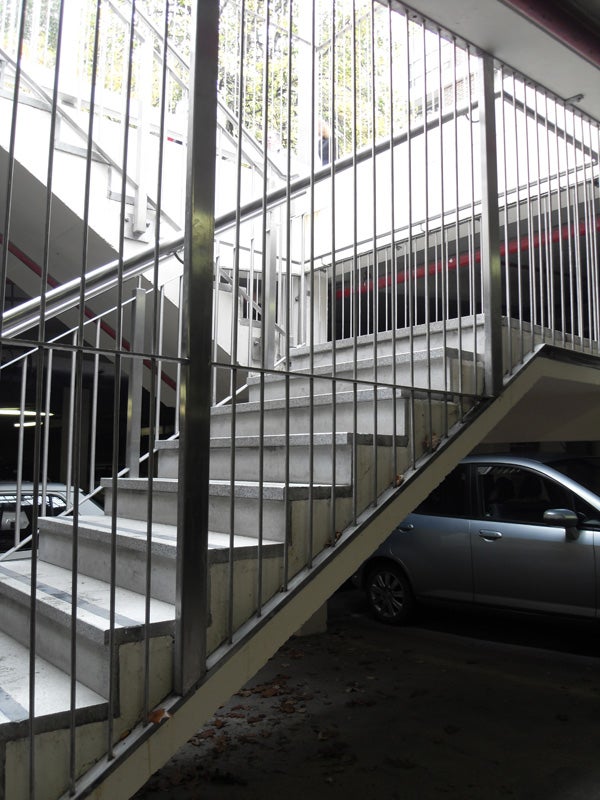 Shadow detail is surprisingly good for an overpowered sensor. 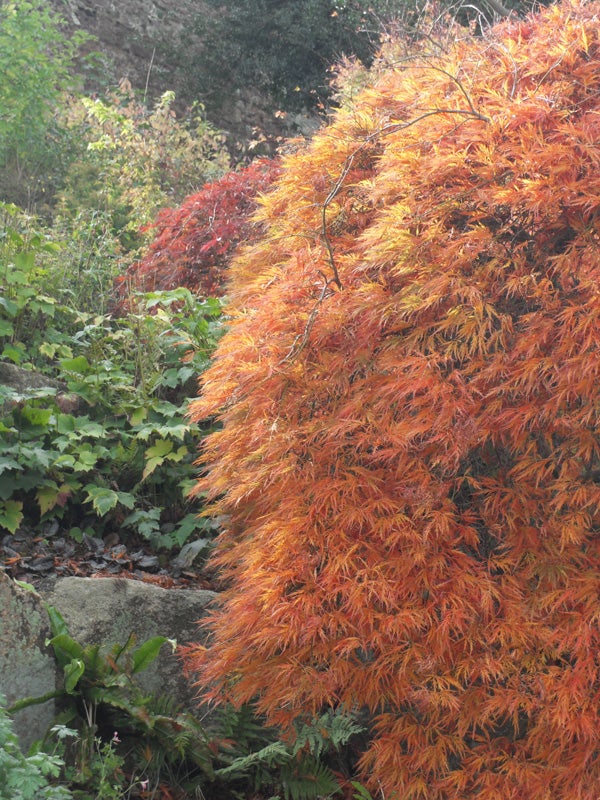 Colour rendition is good, but slight lens flare has robbed the shot of some impact.