Since Jamie Harrison has been helping out we’ve managed to publish three full camera reviews a week for most of this year, and as a result we’ve nearly caught up with the manufacturers’ output. We’ve reviewed almost the entire ranges from Canon, Nikon, Fujifilm, Casio and Pentax, and we’re making good progress with Olympus and Panasonic. We’re a bit behind on Sony’s and Kodak’s products, but that’s nothing compared to how many Samsung cameras we have left to review.


That’s really not our fault though, because if we reviewed nothing else but Samsung cameras, at three reviews a week it would still take us nearly four months to cover the company’s vast catalogue, currently standing at no less than 46 models, and by the time we’d finished they’d probably have launched another dozen or so. 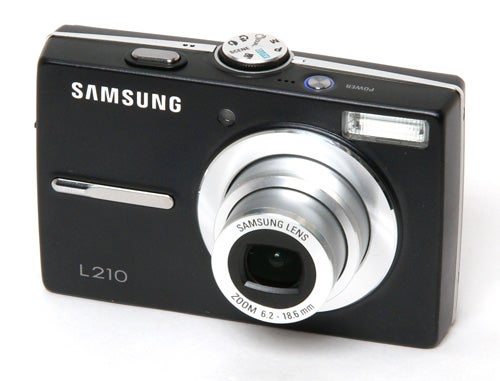 To make it slightly easier to understand, Samsung’s cameras range is split into six categories. At the top you’ve got the three digital SLRs co-developed with Pentax, and then there’s the remarkable Pro815 all alone in the “High-End” category. Next there’s the stylish NV-series of high-spec compacts, followed by the i-series compacts, which are adorned with gadgets such as MP3 players.


Every high-volume camera manufacturer has a range of cheap plastic AA-powered models, and for Samsung it’s the S-series. In the middle of all this is the L-series which covers everything else, rather confusingly including models beginning with M and P as well as L. The highest specification model in the L-series is the subject of today’s’ review, the 10.2-megapixel, 3x zoom ultra-compact L210. 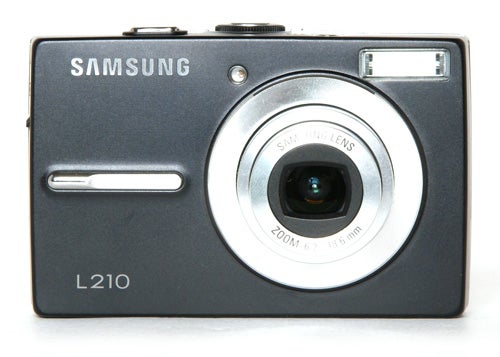 Despite its advanced specification and market-beating price, the L210 doesn’t immediately look all that threatening. It’s a fairly nondescript design, a simple rectilinear body, half metal and half plastic, with chrome trim. It’s available in silver, red with black trim and the black’n’chrome of my review sample.


Despite its small size it handles quite well, with plenty of room on the back to grip it, and a strap lug that doubles as a thumb rest. On the front is some small detailing that provides a small amount of purchase for the fingers. 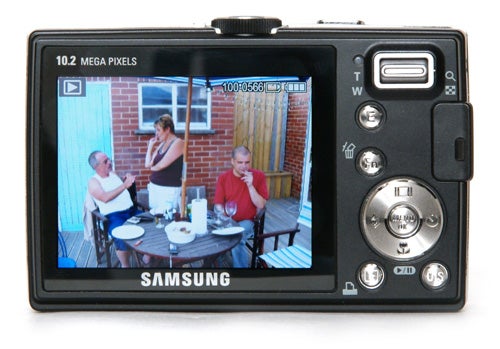 The control layout looks fairly innocuous too, but here I have to list a couple of problems. The zoom control is a wide switch mounted on the back of the camera, and I really don’t like it at all. I found it awkward and unresponsive to use when shooting, and the six-step range is quite restrictive. The other controls are also less than ideal. There are four small buttons on the back as well as a standard round D-pad. These are silver, with etched labels that are also silver, making them very difficult to read unless you hold the camera to the light at just the right angle.


This is unfortunate because the L210 does have an unnecessarily complicated control system with three separate menus. The “E” button menu offers a small range of picture controls including colour balance pre-sets and optional control over sharpness, contrast and saturation, with a surprisingly wide range of adjustment.


The “Fn” button activates a live on-screen menu controlling picture size and quality, metering and drive modes, ISO and white balance setting and exposure compensation, although not AF area selection. That instead is found on the main menu, along with the Auto Contrast Balance and basic setup functions.


As well as this there are the usual second functions on the D-pad, including flash mode, macro focusing, display mode and self timer. As is usually the case the camera has a Program shooting mode in which all options are available, and an Auto mode in which all but the most basic options are disabled. 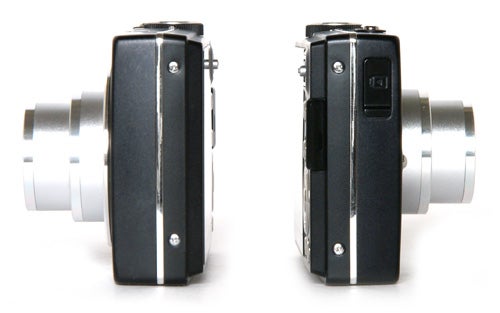 The third main shooting mode is “M” for manual. In this mode the L210 offers a limited degree of manual exposure control, but only to the extent of selecting minimum or maximum aperture, or the shutter speed between 1/1500th and 8 seconds.


As well as these shooting modes, the L210 has a selection of basic scene modes, a portrait mode with face detection, and a useful guide mode which explains what the various camera functions do and when to use them.

The L210’s optical image stabilisation system is presumably the same one as used in the higher end models of the NV range. It doesn’t seem to be quite as good as the similar systems used by Canon or Panasonic, but it does allow low-speed hand-held shooting down to around 1/15th of a second, potentially useful in low light situations. 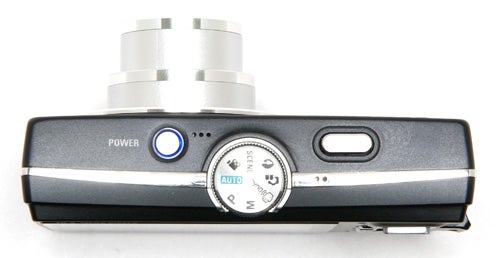 Unfortunately that’s the only thing that will be any use in low light, because the autofocus system fails utterly as soon as light levels drop to approximately night club levels, despite the presence of what seems to be a reasonably bright AF assist lamp. I tried it on a number of high-contrast targets but it resolutely refused to focus even in light in which it was possible to read a restaurant menu.


Sadly the rest of the L210’s performance is equally lacklustre. It starts up in a little over two seconds and shuts down again in about the same, which is quick enough, but in single-shot mode at maximum image quality its shot-to-shot time is approximately 2.6 seconds, which is very slow. In continuous shooting mode it can manage a shot approximately once every 1.2 seconds, but while shooting the monitor screen goes blank and there are no audio cues apart from a nearly inaudible click to tell you that it is still taking photos, which makes aiming rather hit or miss.


The L210 does redeem itself somewhat when it comes to picture quality. The lens is especially good, producing very little distortion at any focal length, with very good sharpness across most of the frame. There is a little blurring and slight chromatic aberration in the extreme corners, but not enough to cause concern. Dynamic range and colour rendition could be slightly better, with some badly burned out highlights despite the Auto Contrast Balance function, while very bright reds and yellows also lack detail. Despite these limitations the L210 produces good results under average conditions, and the very low compression at the highest quality setting produces almost no JPEG artefacts.


Noise control is also better than average, at least up to 200 ISO. Beyond that the noise reduction system gets a bit over-enthusiastic and starts smearing colours into each other, although there is still a fair amount of detail at 400 ISO. 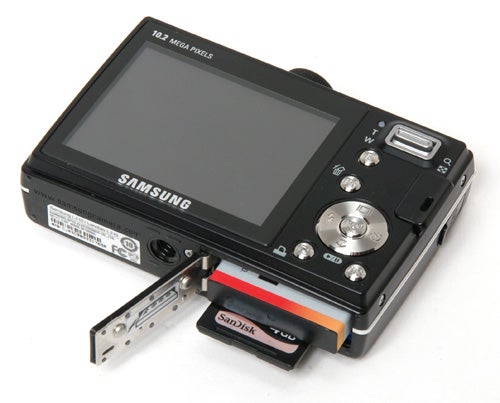 The Samsung L210 is an ambitious camera, a budget ultra-compact with optical image stabilisation, a technology usually only found in more expensive cameras. While it does make an attractive package for the price the rest of the camera is still very much budget-level, and it doesn’t really compete with more expensive IS compact models from other manufacturers. Low light focusing and overall shooting performance are especially poor. 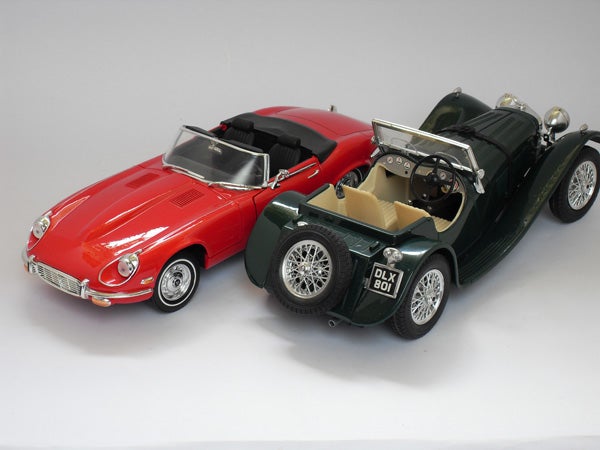 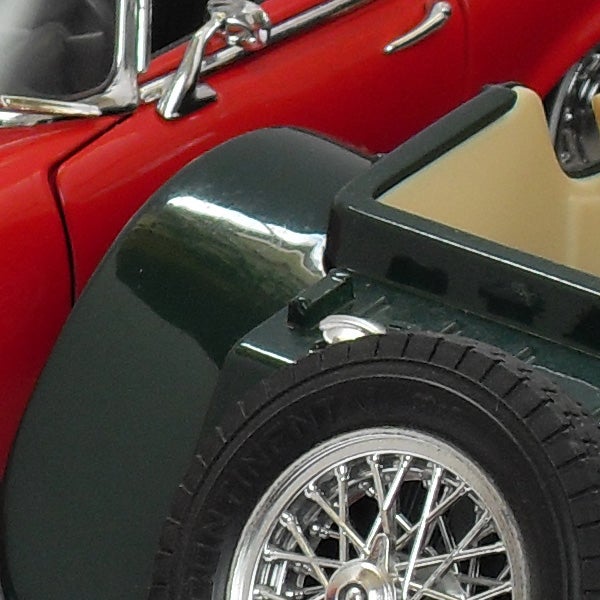 As you might expect, the image quality at the minimum ISO setting is very good. 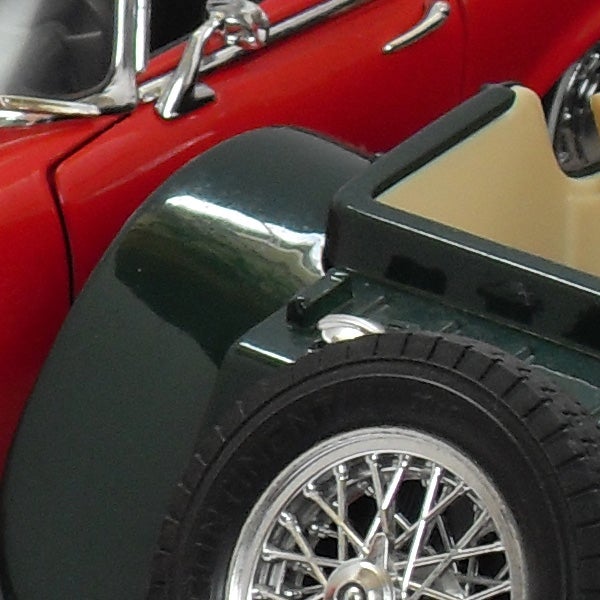 Still no significant problems at 100 ISO. 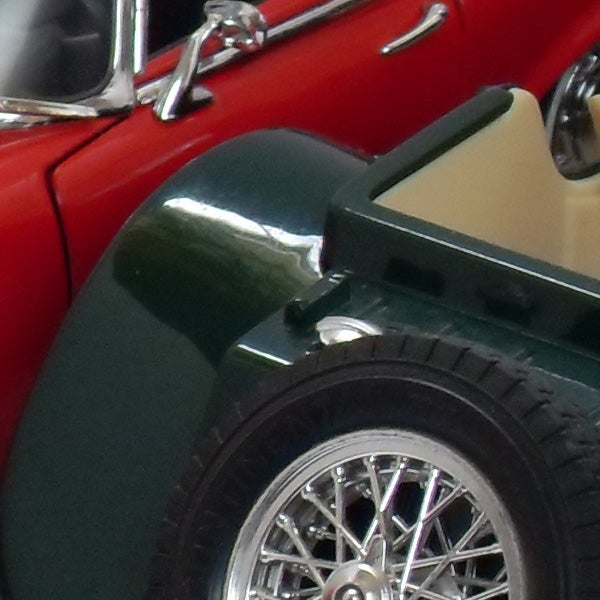 At 200 ISO the noise reduction is starting to kick in, blurring some fine detail. 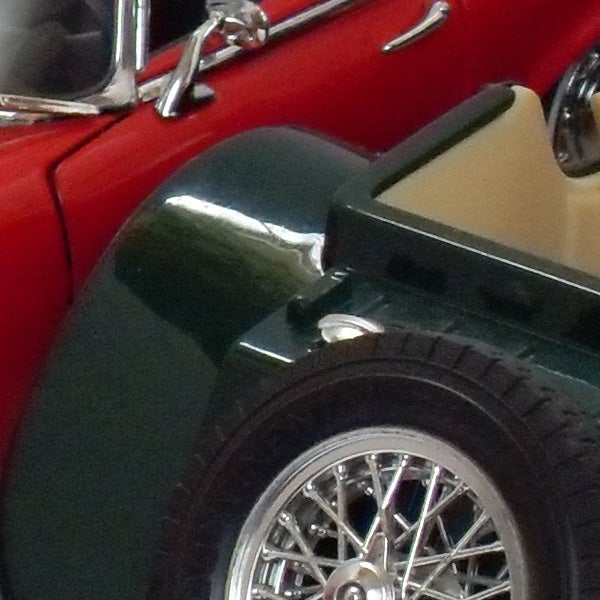 At 400 ISO the effects are more severe, but there is still some fine detail left. 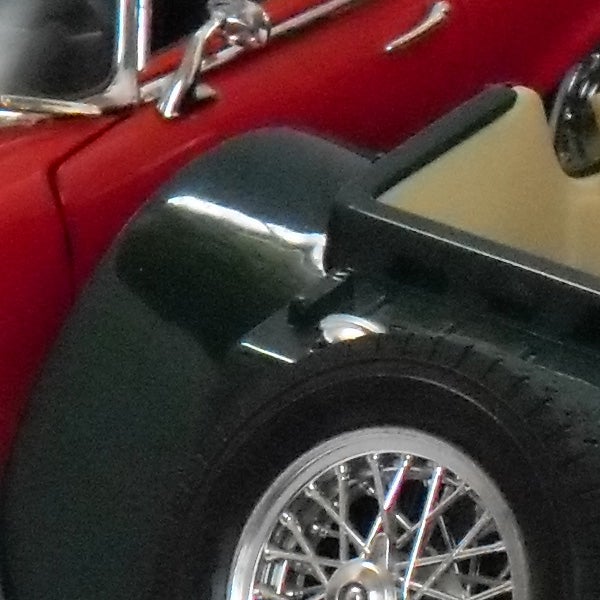 The noise reduction has smeared out most of the fine detail at 800 ISO. 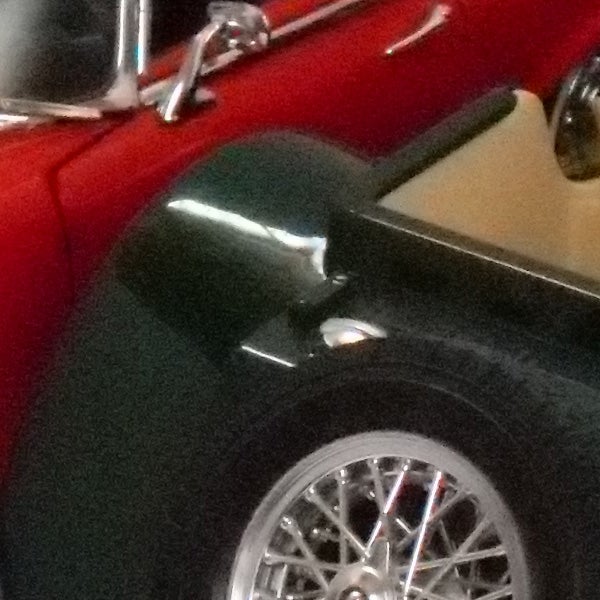 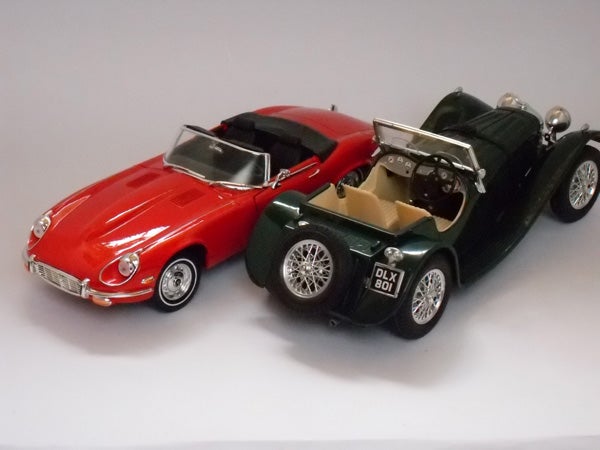 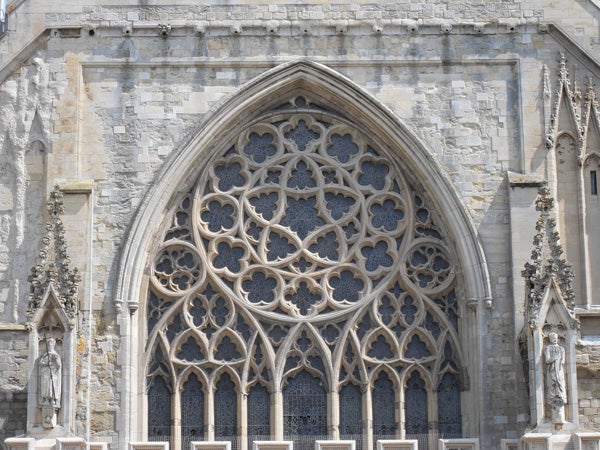 Here’s the usual detail test shot of the West Window of Exeter Cathedral, for you to compare with other cameras. See below for a full res crop. 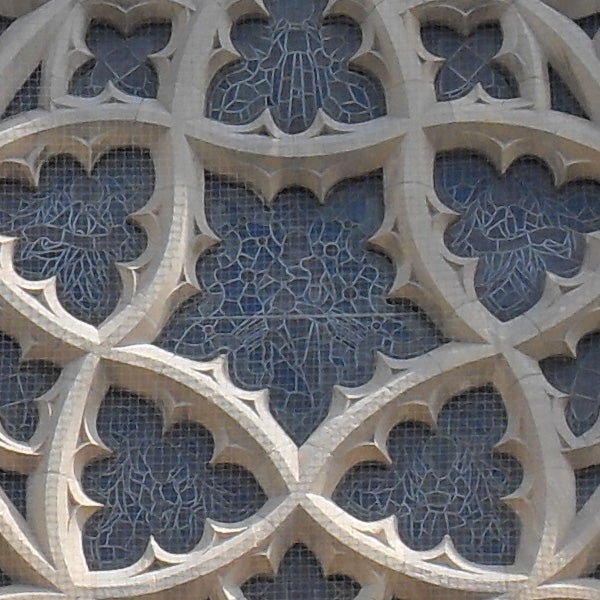 The overall level of detail is extremely good, thanks mainly to a good sharp lens. 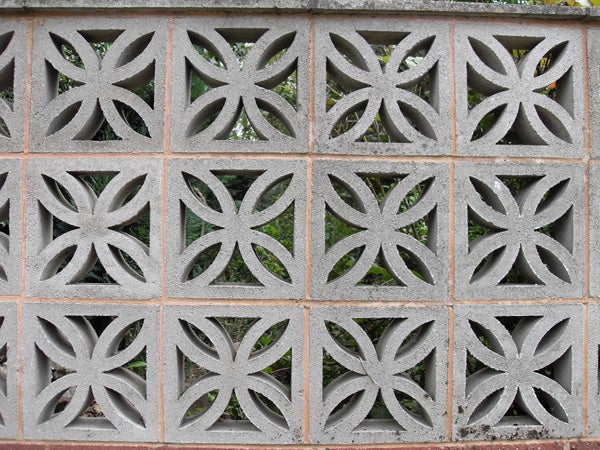 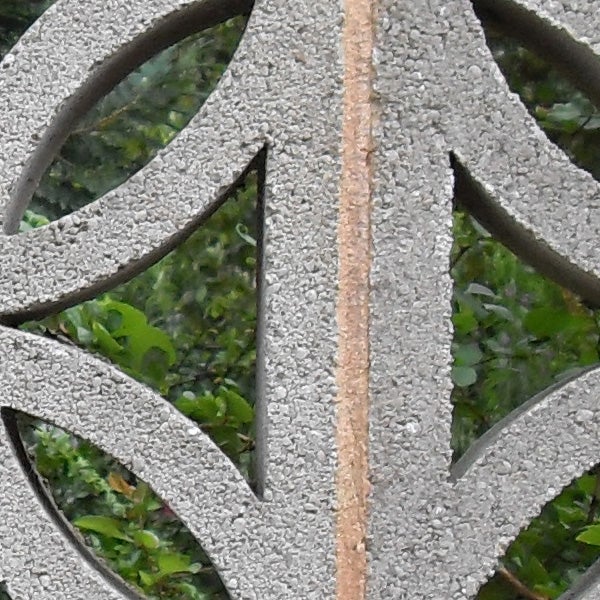 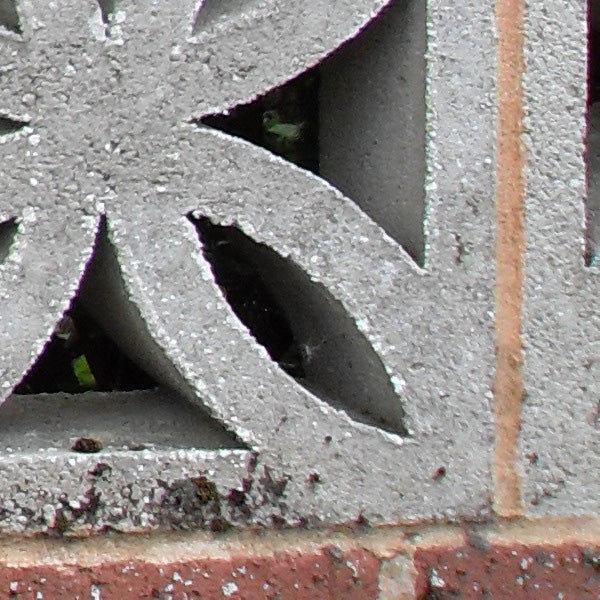 Corner sharpness is also very good, with only a little blurring and chromatic aberration visible. 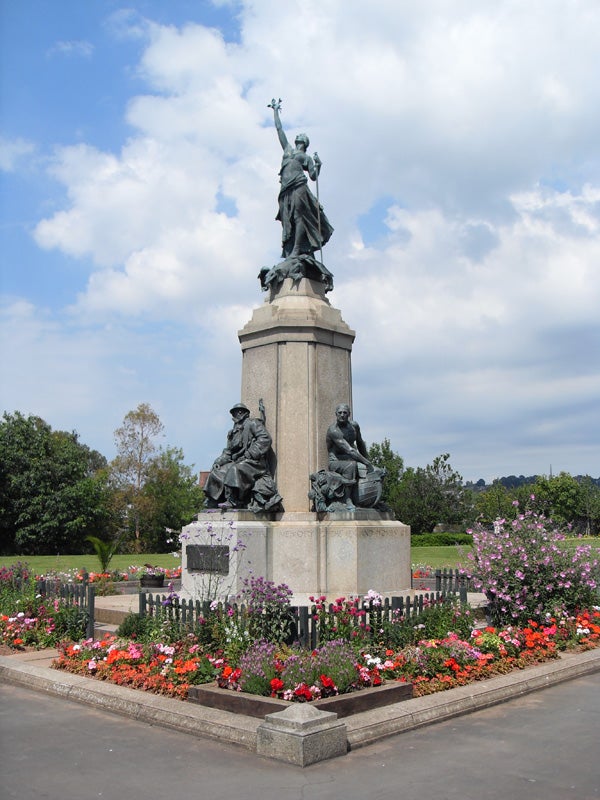 The wide angle end of the zoom range is equivalent to 34mm, about average for a 3x zoom. 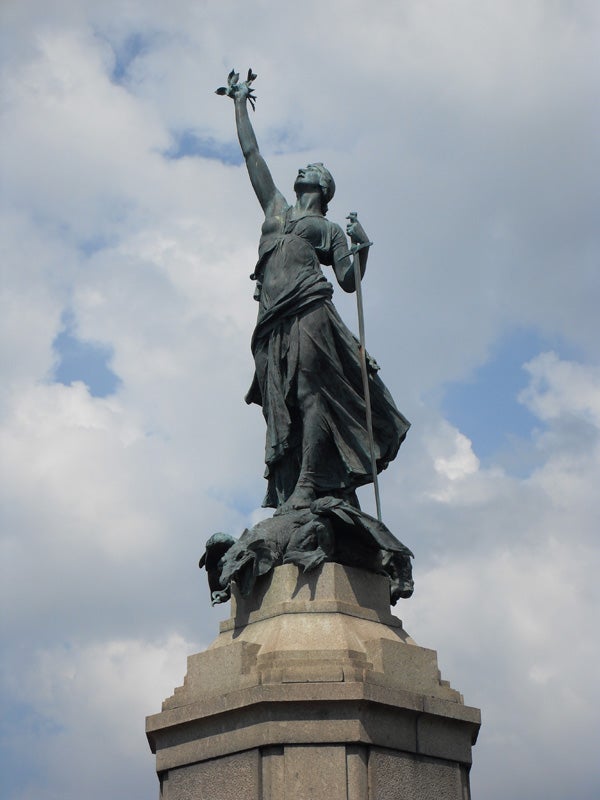 The telephoto end is equivalent to 102mm, OK for portraits but not much else. 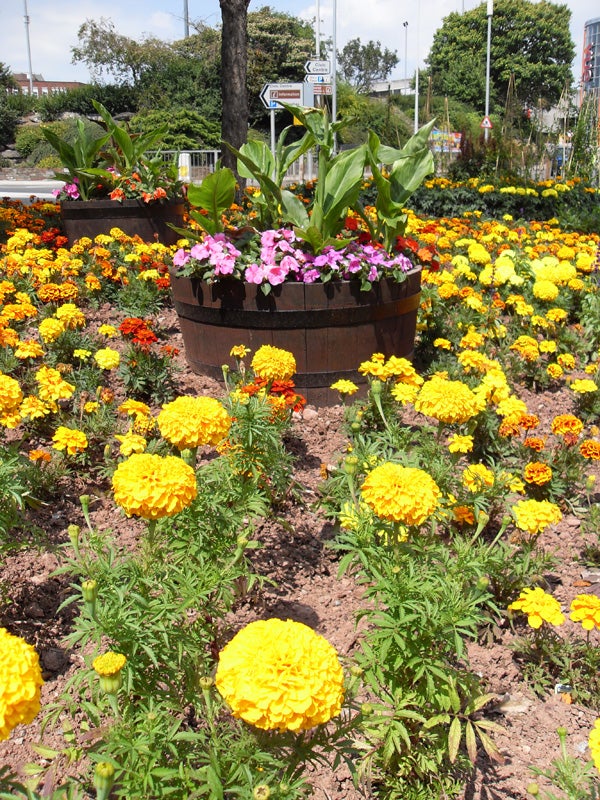 Colour rendition looks nice and bright on a sunny day… 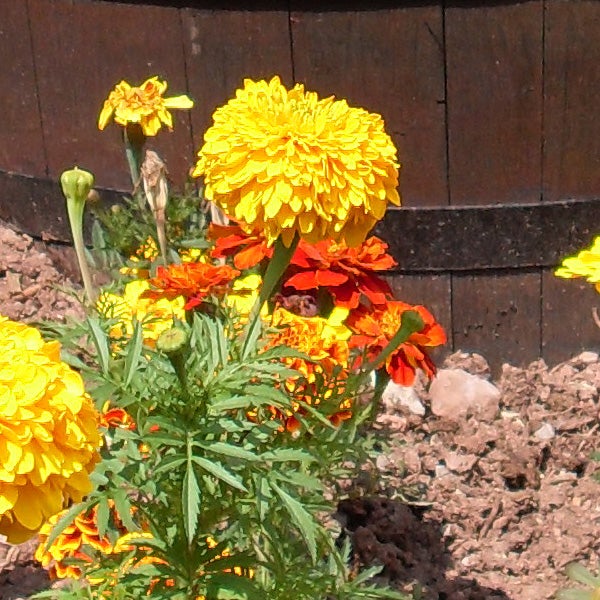 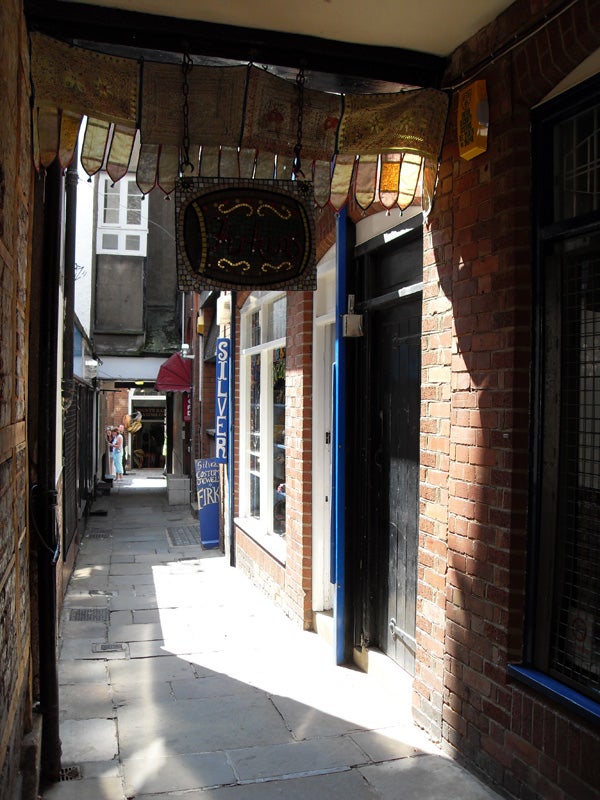 Even with the Auto Contrast Balance function highlights were burned out, although shadow detail is good. 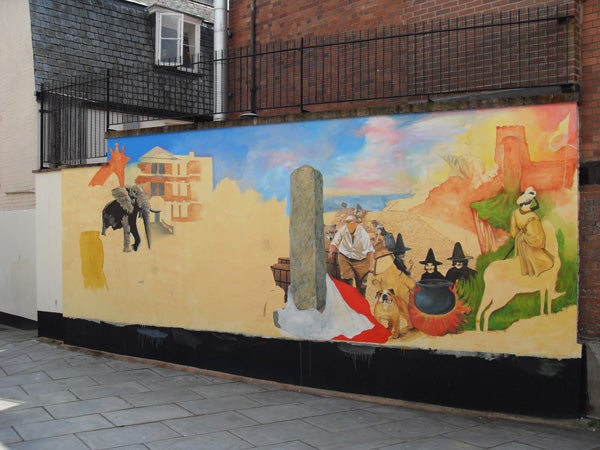 Exeter’s new mural is starting to look good. Hopefully it can be finished before some little toerag tags it.