With the explosion of social networking websites like Facebook and Twitter, it seems even those on the tightest of budgets want a phone that can keep up with their frenzied messaging. As such we’re starting to see more and more budget phones with full-size keyboards hitting the market. The latest to come our way is the Samsung Genio Qwerty, which is available for just £119.99 SIM free.


There’s no mistaking this is a phone aimed squarely at the consumer market as opposed to the professional. With its predominance of glossy plastic and bright yellow backplate and buttons, this phone certainly isn’t a shrinking violet. Thankfully, if swirling bright yellow isn’t for you, there’s a choice of backplates including a relatively plain black one. You’ll still be stuck with the yellow buttons, though. That said, we’re looking at the Orange branded version whereas the Virgin Media version has white highlights and backplate. 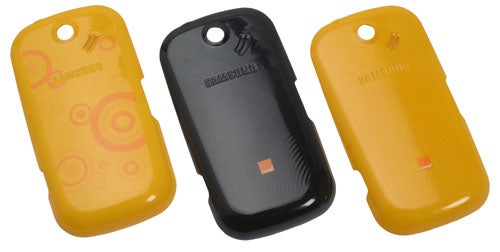 While the looks of this phone may be divisive, its ergonomics should have broader appeal. The back is curved in just such a way that the phone fits really snugly in the hand and feels well balanced. All the main navigation and typing buttons also fall within easy reach and are simple to navigate, though the D-pad is a little small. The volume rocker on the left and camera button on the right are also conveniently positioned, though considering the orientation of the screen, we think it more likely you’ll use the central D-pad button to take shots rather than the side mounted one.

Build quality is also decent with no obvious creaky or wobbly sections or noticeable gaps between panels. Being a budget device it is of course mostly plastic so lacks the solid weighty feel of more premium devices and won’t hold up as well to scratches as glass screened or metal bodied phones, though. 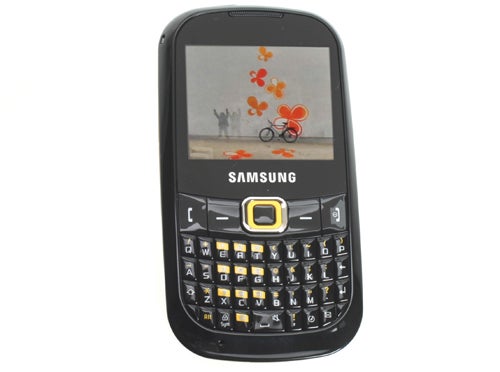 The layout of the keyboard is also as good as we’ve come to expect of such devices even if the space bar is a little narrow. The keys do suffer somewhat from having a slippery glossy finish but their action is decent – if a little heavy – with a nice positive break so you know when you’ve pressed a key. Our main complaint would actually be that we generally find these sorts of keyboards a little too cramped for truly speedy typing and prefer either onscreen keyboards or larger physical ones like that of the LG GW620. It’s still a definite step up from a candybar phone keyboad, though.

Where the Genio Qwerty really impresses us, for such a budget device, is its inclusion of the supposed-to-be-standard microUSB data and charging socket and 3.5mm headphone jack. The former means you’ve a good chance of finding a spare cable when in need of a battery boost, while the latter makes it easy to substitute the, surprisingly decent but bizarrely white, bundled headphones for your preferred set. Unfortunately, it’s a mixed blessing as sound quality from the socket is compromised by a background hiss that’s noticeable even in the bundled headphones – often budget phones suffer from noisy audio outputs but the bundled headphones are usually so poor that you can’t make out the hiss. It’s only a problem for quiet genres like classical or acoustic and should be drowned out easily by more poppy or rocky fare – it is still a minor annoyance though. 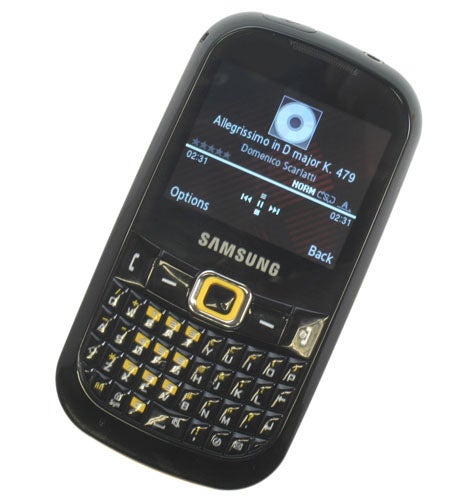 It’s not just the headphones that don’t quite hold up to scrutiny, the music player, while mostly easy to use stupidly orders songs by track name rather than track number so all your albums are out of order. This is particularly annoying as the phone includes a microSD slot so you can easily fit loads of music on it. At least the music does pause when you remove the headphones rather than playing through the speaker like on some phones. 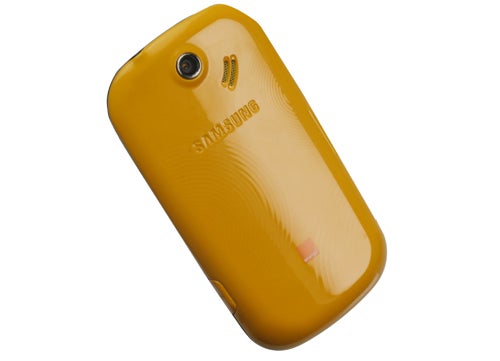 Along similar lines the 2.0 megapixel camera that sits on the back is about as basic as they come. It’s fairly quick in operation and in good light will generally get you a decent picture with surprisingly good colouration but you’re unlikely to get anything useable in dimly lit environments. The lack of autofocus and flash also greatly limits your possibilities. 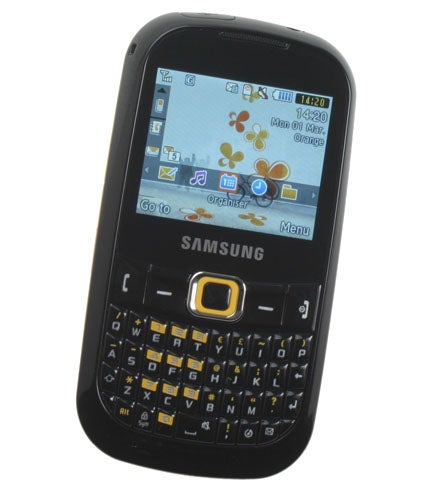 Also leaving a lot to be desired is the screen, which is a tad small, has a low resolution of 220 x 176, and mediocre viewing angles. Combined, these make the B3210 a bit of a strain to look at for any length of time. However, it’s not significantly worse than many phones in this price range and given the functionality of this phone compared to other similar devices, it’s understandable that money had to be saved somewhere.

As to the B3210’s software, Samsung has done a pretty good job of creating a simple and intuitive operating system. The main menu is arranged in a grid of icons while sub menus are simple lists and a neat scrolling shortcut bar sits on the homepage, letting you quickly access your favourite apps. It’s nothing flashy but it certainly gets the job done, though we wish the keypad autolock didn’t kick in so quickly or were at least adjustable. 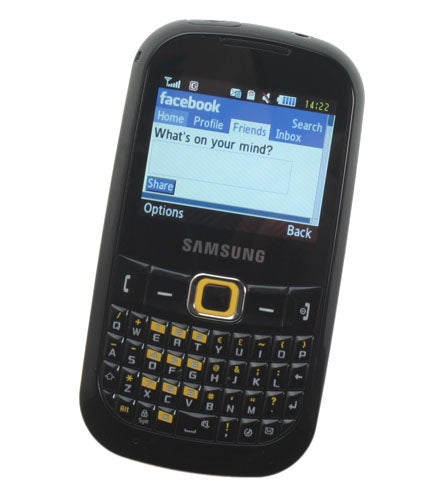 Sadly there are a few things that leave us wanting. The much touted social networking capabilities are rather limited as they actually just run through the normal web browser and in an effort to be mobile friendly are overly simplified – particularly the Facebook app. The web browser is also limited by the screen’s low resolution so very little can fit on screen at any one time and text is often blurry. It also lacks little basics like an address bar or the ability to store URLs. It can at least show full web pages, though. Also, considering the phone’s price, it’s about the level we’d expect. 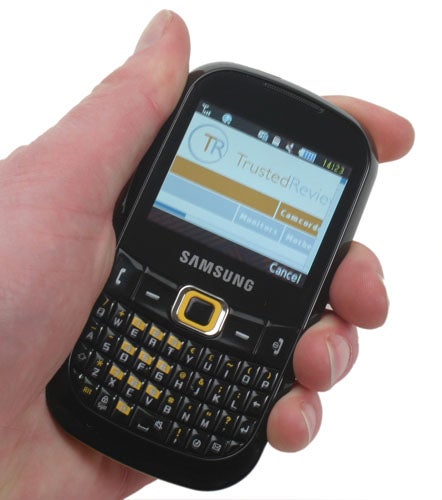 The usual selection of basic applications come preinstalled so you get a stop watch, calculator, dictaphone, timer, FM radio tuner, calendar, memo pad, world clock, measurement converter, and alarms. Four basic Java games are also available and they include a block breaker and racing sim. They are of course rubbish though and only demos. 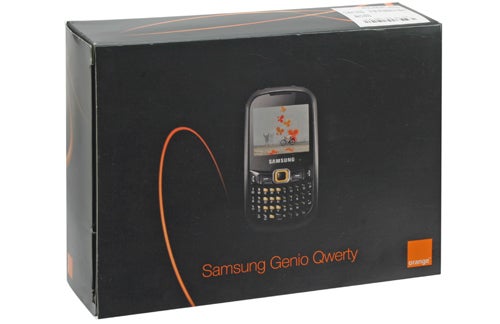 Given its basic capabilities, you might think the Genio Qwerty would give you decent battery life and to a degree it does – you’ll certainly get a couple of days out of it – but given it only has an 800mAh battery, it’s not as good as it could’ve been. As for call quality, received voices sound a little robotic and compressed but are clear enough and the microphone transferred clear audio. The speakerphone also held up surprisingly well, though like the earpiece it gave voices a slightly compressed tone.


The Samsung Genio Qwerty certainly suffers from its budget price with the screen resolution in particular letting things down. However, its full qwerty keyboard holds up surprisingly well, it’s inclusion of a proper headphone jack is really welcome, it’s ergonomically nice, and the phone is, in general, easy to use. So, if you’re a fan of mini QWERTY keyboards and are on a budget, it’s well worth a look. 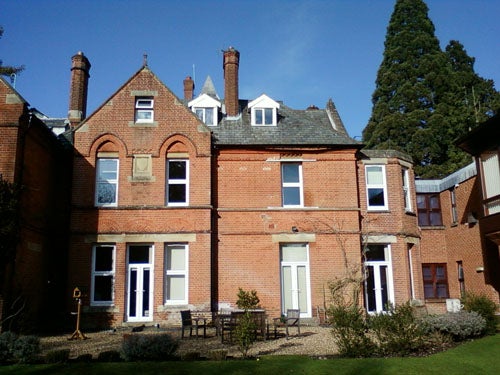 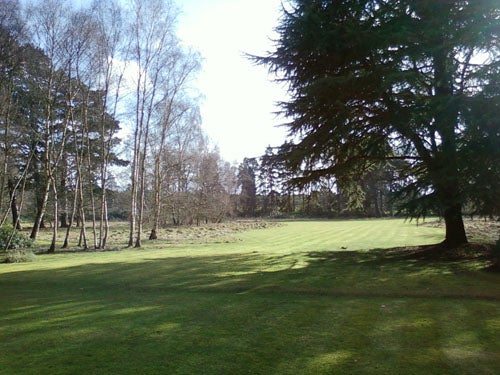 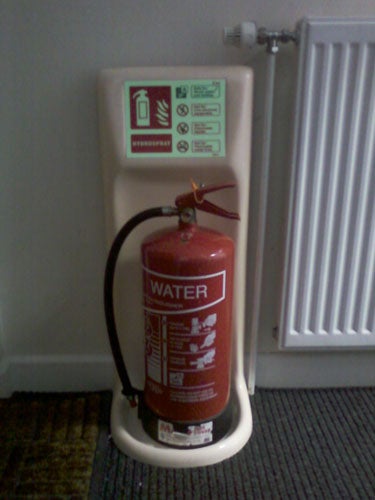