Samsung seems to be aiming to fill a whole universe with phones that have Galaxy in the name. The latest of the bunch is the Galaxy S Advance that we’re looking at here and which is something of a mash-up of the original Galaxy S and the hugely popular Galaxy S2, making the phone essentially a mid-range blower targeted at those who can’t afford the likes of the SIII. As such you can buy it Sim free for around £270 or alternatively get it for free on an £18.50 a month contract form O2 as long as you sign up for 18 months. 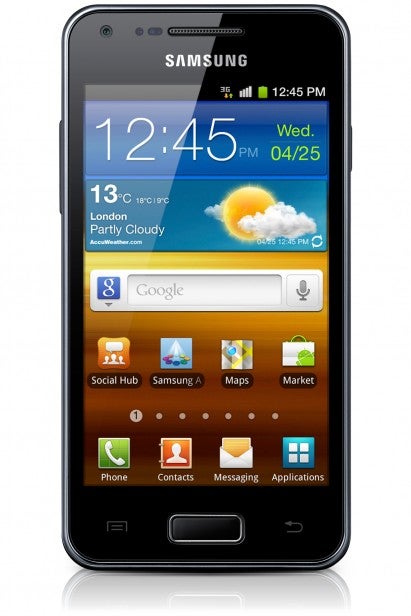 Like most of Samsung’s Galaxy handsets, the S Advance is a good looking phone, but not one that really knocks your socks of in terms of design. This is mainly due to the fact that the chassis is made entirely from plastic and so lacks the really premium feel that some other manufacturers have managed to add to their phones. That said, the screen is protected by gorilla glass, so overall the phone shouldn’t prove too fragile over the longer term and certainly the chassis feels pretty solid. The screen’s 4.0inch size means that the form factor is a bit bigger than many other smartphones at this price bracket, but its still a good deal smaller than the gigantic SII. As a result it’s easy to hold and operate with just one hand. 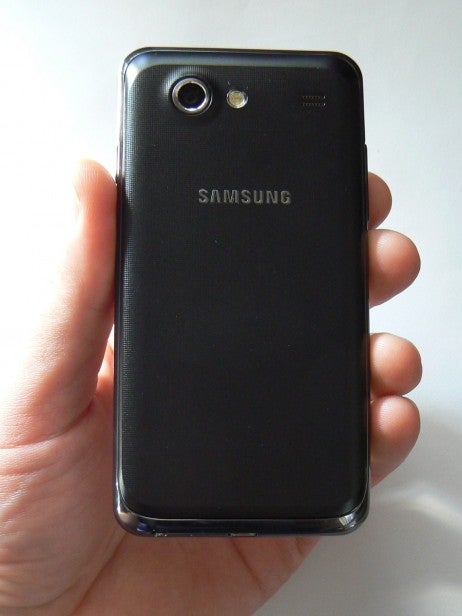 When it comes to controls, there’s a nice and responsive power button on the right hand edge and Samsung has added volume buttons on the left. On the font beneath the screen there’s a hardware home button in the middle which is flanked by two touch buttons for the menu and back functions. Annoyingly Samsung has placed the headphone jack on the bottom of the phone next to the microUSB port, so we found we had to put the phone into our pocket upside down to stop the headphone cable from snagging. It’s a terrible design decision really, and it’s been quite a while since we’ve had a phone in with such a poorly placed headphone jack. Prise off the plasticky battery cover on the rear, meanwhile, and you’ll find a removable battery as well as an easily accessible microSD card slot that accepts cards of up to 32MB in size. 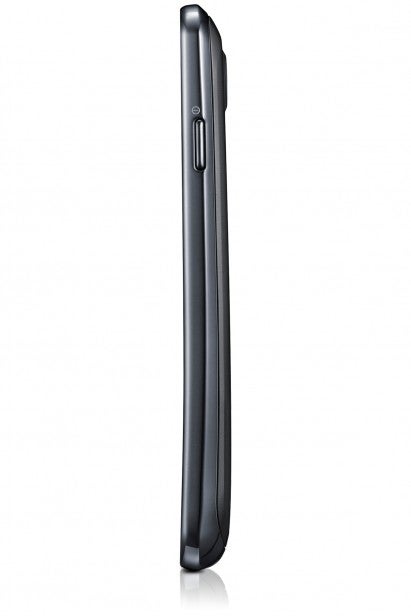 One of the plus points of the S Advance is its screen. As we’ve already pointed out this is covered in gorilla glass, but it curves outwards slightly towards the bottom, which is quite a nice effect. The screen uses the Same AMOLED technology as the screens on the SII and SIII, and as a result black levels are extremely deep, while colours look very bright and vivid. Actually they’re slightly over egged and to our eye they’re not quite as accurate as what you get on good LCD screens, but nevertheless we think most people will like their bold and brash appearance. The screen is searingly bright too, something which isn’t affected much by using it outdoors, unlike older OLED displays. While its resolution doesn’t stretch to the retina levels of the S3, at 480×800 its still good for a mid range model and means that text on webpages remains legible even when you’re zoomed out a fair bit.

Beating at the heart of the Samsung Galaxy S Advance is a 1GZ STE U8500 processor which is essentially a dual core ARM cortex A9. Samsung has also added 786MB of Ram to keep things ticking over smoothly — more Ram is always a help when it comes to speedier multitasking and general app responsiveness. The phone is available with either 8GB or 16GB of memory (we had the 8GB version in for review), but you can also beef up the storage by using microSD cards of up to 32GB in size. 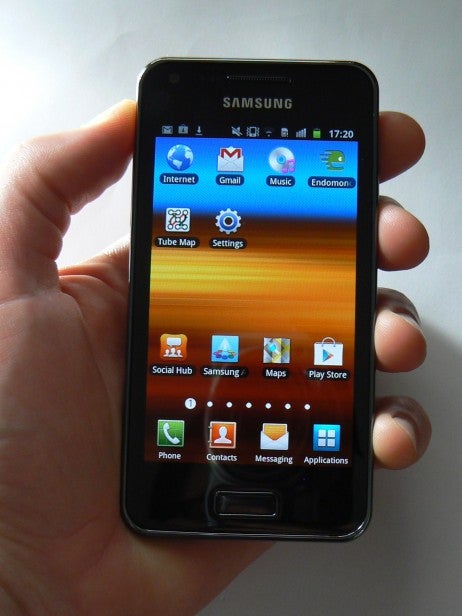 Unfortunately the phone runs Android v2.3 (Gingerbread) rather than the newer V4.0 Ice Cream Sandwich version. Also, there’s no word from Samsung as to whether it will actually update the phone’s software in the future. Over the top of Android Samsung has added its own Touchwiz skin. As with the usual Android interface you have multiple home screens that you can swipe through, but the app drawer is divided up into sideways scrolling screens, rather than the vertical river of apps view that’s used on the standard version of Android. Samsung has also added a few additional apps such as its Social Hub app which gather together your social media feeds in one place, as well as its Music and Gaming Hubs and it’s own app store. None of these are really essential add-ons, but as you get full access to the Android Play store you can pick and chose from thousands of apps to trick out your phone just how you like it. 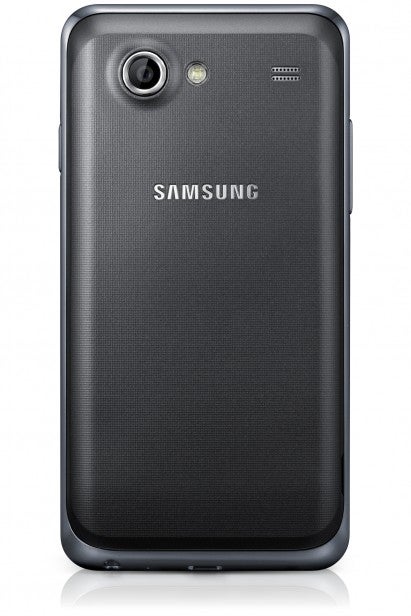 Performance wise the Galaxy S Advance justifies its mid-range pricing as its dual-core processor and ample Ram makes it fairly speedy to use. Apps burst into life quickly, web browsing is pretty rapid and even 3D games tick along nicely. You do get the odd bit of slow down or stuttering here and there, especially with some more demanding apps, such as the Facebook one, or when you’re trying to view complicated webpages with lots of photos or videos, but on the whole it’s in line with other mid range Android phones.

It benchmarked pretty well too, scoring 2869.7ms in the Sunspider test and 80513 in Browsermark, which both give an indication of browser speed. In the Linpack test, which measures processor performance, it scores 64.278 MFLOPS in the multi thread test, while the fact that it managed to produce 39fps in the GLBenchmark shows its gaming performance is up to snuff.

The Advance S has a 1.3megapixel front facing camera along with the main 5.0megapixel shooter found on the rear, so you can use it for video calls in apps like Skype. The rear camera has fairly low shutter lag too – it’ll take a snap in under a second – and the quality of its photos are rather good. It handles exposure well, so bright sunlight in the background doesn’t completely throw it off guard, while colours are generally rich and detail levels are high compared to most other mid range Android phones we’ve used. It’s video recording is limited to a maximum resolution of 720p, which is understandable given the phone’s price, and while videos aren’t up to the standard of the likes of the iPhone 4S or Samsung’s own S3, they’re very usable. 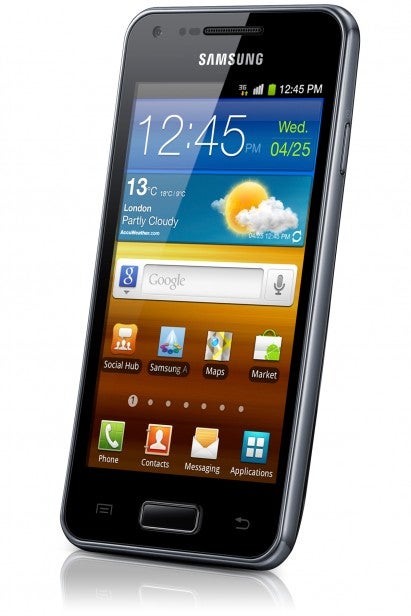 The phone uses a 1,500mAh removable battery and its battery life turns out to be pretty good despite the large screen and dual core processor. We found we could quite easily get a full day to a day and a half out of it for moderate usage, which is slightly better than a lot of mid range Android phones around at the moment. Call quality was also good. The ear piece is nice and loud and produces solid, clean audio, while callers also reported that the quality of speech from the mic was strong.

Verdict
Overall, the Galaxy S Advance is a good, all round package. It’s got decent performance thanks to its dual core processor, the screen is excellent and the camera isn’t half bad either. Why the middling score then? The problem is that Samsung’s pricing seems a bit off as you can find the company’s own Galaxy SII on contract for a similar price, while the likes of the speedier HTC Sensation XE is cheaper when bough SIM free. As such, the Galaxy S Advance falls between two stools, at least until Samsung lowers the phone’s price a bit. 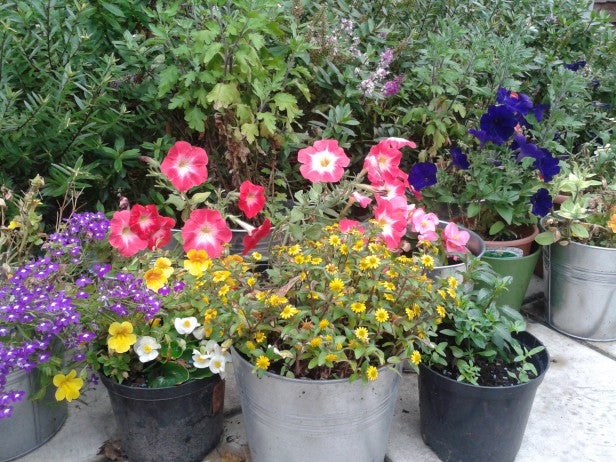 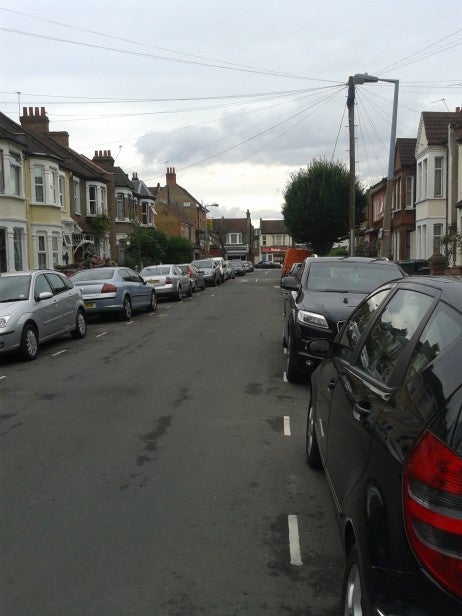 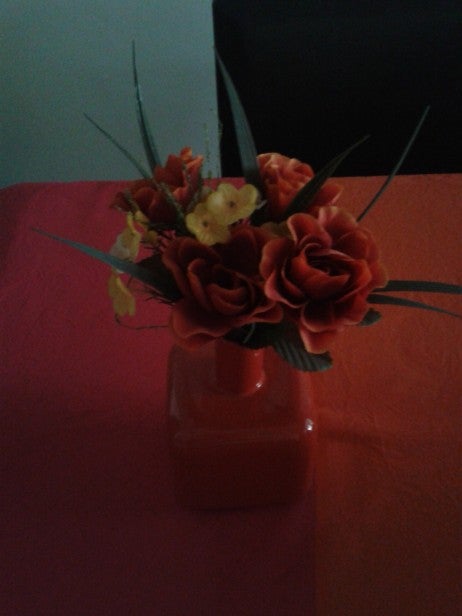 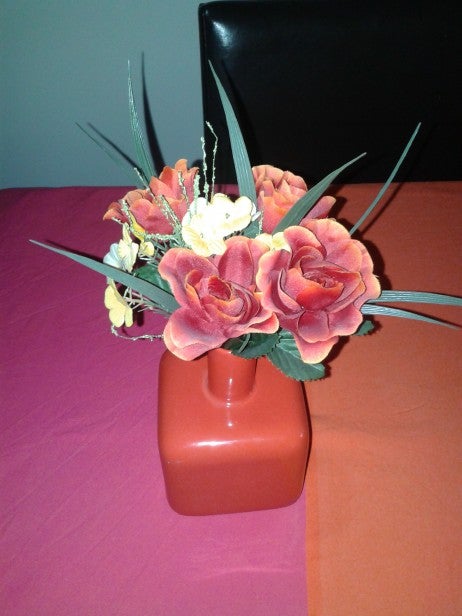