As much as we love DVD/HDD recorders and what they can do, they’re not always the most interesting machines to look at. But that’s not the case with Samsung’s latest DVD/HDD combi, which uses the sleek black design seen on its Blu-ray and DVD players to great effect. The fascia is flat and sports only a few buttons, most of which are clustered together in a circular pad on the right hand side, giving it a clean, uncluttered look. On a negative note, the small display panel isn’t easy to read from a typical viewing distance.

You’ll find a very useful range of connections on the rear panel. Outputs include HDMI, component, RGB SCART and composite video, and if you want to record from an external digital TV receiver, then you can connect it to the second SCART socket, which accepts RGB and composite signals. You can also connect the unit to your sound system using either the optical or coaxial digital audio outputs, or the analogue stereo output.

There are more sockets underneath a flap on the front panel, including DV, composite, stereo audio inputs and a USB port. You can plug an MP3 player, USB memory stick or digital camera into the latter port and transfer JPEG, MP3 and DivX files onto the hard-disk or DVD (or vice versa) or play them directly from the device. These codecs can also be played from recordable CDs and DVDs, revealing the Samsung’s excellent format flexibility.

The DVD-SH875M is equipped with a 250GB hard-disk, offering up to 421 hours of recording time, and can also record onto DVD-RAM, DVD-RW, DVD+RW, DVD-R and DVD+R discs. The manual says nothing about dual-layer DVD-R/+R recording but we tested it out and it accepts both formats, effectively doubling the recording time afforded by single layer discs. Like any DVD/HDD combi worth its salt, you can copy recordings from the hard-disk to DVD and vice versa at high speed, while DVD-RAM and DVD-RW discs formatted in Video Recording (VR) mode can be used to make non-linear edits.

It’s fitted with a single digital tuner and boasts all the usual Freeview features, including a 7-day EPG, digital text and interactive support, plus series link as part of the deck’s Freeview+ support (which is still called ‘Playback’ on the box). The Freeview functionality is attractively presented but not always easy to use. The EPG. for instance, is slow to populate and annoyingly hesitant when you’re trying to move from programme to programme, plus channel changing is slow and hitting the ‘info’ button during TV viewing brings up details about the deck’s status rather than the programme – the only way to read the programme synopsis is to enter the full EPG. But setting series link is easy, digital text is quick to appear and the channel/favourites lists are easy to edit.

On board are four recording presets that let you change the picture quality in order to fit more programmes on the hard-disk or DVD when recording from external sources. You can fit 53 hours of programmes onto the hard-disk in XP mode, increasing to 106, 211 and 421 hours in SP, LP and EP modes respectively, with bitrates ranging from about 8.5Mbps in XP down to 1.2Mbps in EP. These recording modes are more useful when recording onto DVD where space is limited, and you can fit one hour onto a single layer DVD in XP mode and up to 8 hours in EP.

There’s also a Flexible Recording setting, which finds the most suitable recording mode according to the time remaining on a disc. But unusually, when recording from the Freeview tuner the deck limits you to FR mode, which means you’re stuck with whatever recording mode it deems suitable for the selected channel. The idea is to stop you eating up unnecessary disc space by selecting a better mode than you actually need for the source material. A good idea in principle, but some users may not like being restricted in that way.

Recordings are stored in the Title List menu, a smartly presented screen that plays the highlighted recording in a small box and lists the recording codec, date, time and recording mode. It’s a shame it doesn’t automatically label each recording with the correct programme name, but you can rename them using a virtual keyboard. 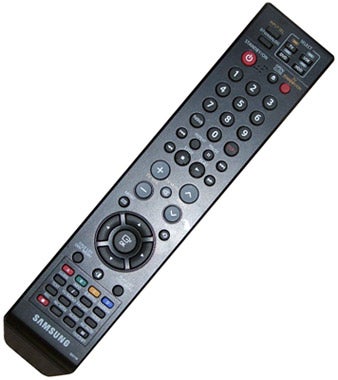 There’s also a list of editing options, which among other things allows you to split or delete part of a recording, while the impressive Playlist feature lets you fuse together scenes from any recording using a surprisingly user-friendly editing tool. It’s easy to move scenes around or replace them, and the resulting list plays back with only a momentary pause between scenes and no picture break up around the edit points, no matter how short the scenes are.

There are plenty of other features on board, including pause live TV (Time Shift), simultaneous recording/playback, Anynet+ HDMI CEC, video upscaling to 720p, 1080i and 1080p, Dolby Digital and DTS bitstream output, progressive scan component video output and 3D Noise Reduction for recording.

The setup menu is immaculately laid out and easy on the eye, but the deck’s overall ease of use is hampered by the awkward remote, which features too many small, fiddly buttons – many of which are packed into an overly cluttered section at the bottom. If these were lesser used keys it wouldn’t be a problem, but among them are the EPG, Record, Recording mode, Text and Info buttons, all of which should have been more prominently positioned.

After making a series of recordings from the Freeview tuner across a range of channels, it’s clear that the Samsung boasts impressive video encoding circuitry, but the lack of control over the recording mode can cause problems. Programmes on ITV1, for example, are recorded in the 2Mbps LP mode to match the channel’s bitrate, which is typically around 2.2Mbps, but this introduces some pixel break up and motion artefacts into the image that could possibly have been avoided with XP mode at your disposal. 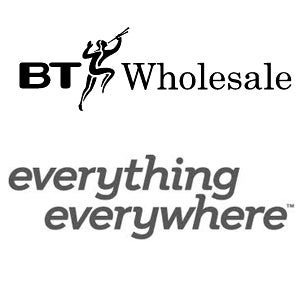 But recordings made from BBC One are made in SP, which captures the channel’s higher bitrates (around 4.5Mbps) and gives a better indication of what the Samsung is capable of. But the deck is at its best when you feed an RGB signal from a Sky HD box into the SCART input and select XP mode – images look supremely crisp and radiant, block noise is competently suppressed and edges are rendered with no ringing or bleed.

The Samsung bolsters its picture credentials by way of superb pre-recorded DVD playback, with the clean 1080p upscaling making the most of ”Apocalypto’s” vibrant colours and bountiful detail. DivX, MP3 and JPEG playback are also impressive, and it’s easy to transfer and play them from the hard-disk thanks to the clever and responsive menu system.

If you’re looking for a Freeview DVD/HDD recorder that records and plays a wide range of formats, offers loads of recording and editing features and a healthy hard-disk size, then the DVD-SH875M is a sound choice. It’s let down by some clunky Freeview functionality and an awkward remote, but with such a tempting price tag you might be willing to put up with these shortcomings.