We’re always wary when a company says its product is aimed at women. Invariably it means a predominance of ill-informed pink and shiny styling elements and a lacklustre feature list. As such, upon hearing about the Samsung Diva, we were instantly sceptical. Nonetheless, looking through its feature list there are enough elements to potentially make this a worthy investment so let’s see if we’re singing from the same hymn sheet.


When we first saw the Diva in pictures we quite liked what we thought was a clever undulating paint effect on the back that gave it a unique look. However, upon receiving the handset we were horrified to find this isn’t an effect at all but that the back is actually quilted. Perhaps in its silver guise on the S5150 it works better but on this otherwise pleasant pearlescent finish it just looks and feels odd – it’s not like it even makes the phone easier to hold. In fact, upon asking my sister her opinion she simply stated, “It’s horrible!”


You’ll also not fail to miss the plastic diamond-shaped button that sits on the front. This, though a tad cheesy, is a rather more effective style element as the fit and finish is top class and you get a really nice sparkly effect. Bizarrely, though, where we’d expect this to be a menu button from its central positioning, it’s actually the back button. We’ll talk more about the interface in due course. 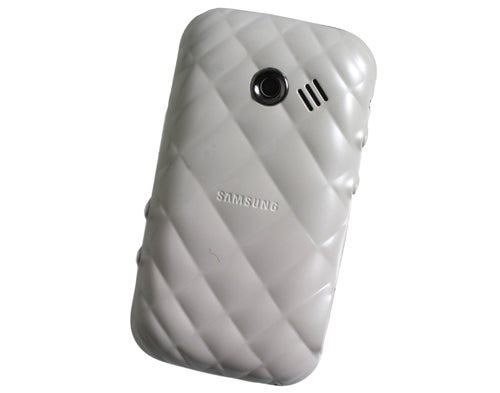 Despite our grievances, the Diva does look reasonably elegant from the front thanks to its mostly simple and symmetrical layout and chrome surround. At 18mm, it is a little thick but with a footprint of 54 x 100mm it’s still relatively small and its weight of 94g means it shouldn’t put too big a strain on your handbag straps. That said, if you’re after a truly tiny phone, the Diva isn’t a patch on the minute proportions (73 x 45 x 17mm) of the Sony Ericsson Jalou.


Another issue is the general feel of the handset. While not out and out flimsy, it does have an overarching wobbly and creaky feel and the plastic screen has a fair amount of flex to it. The lack of a headphone jack is also a major inconvenience if you like to use your phone as an mp3 player. The Diva’s headset, which plugs into a micro-USB socket on the side, is okay for casual listening and making calls (it includes an inline remote) but due to poor noise isolation and bass reproduction it’s not one for the underground. You do at least get a microSD slot under the battery cover along with hardware volume controls on the left edge as well as a dedicated camera button and screen-lock button on the right. 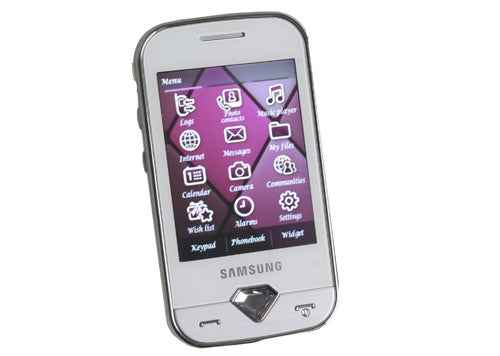 On a semi-positive note, the screen produces bright vibrant colours and has good viewing angles. At 2.8in, it should have been a good compromise between size and usability but with a resolution of just 240 x 320 pixels it struggles to fit in sufficient detail for activities like browsing the web. Furthermore, despite its use of capacitive touch-sensing, it doesn’t support multi-touch.

In fact, while the screen does respond to the lightest of touches it doesn’t actually feel responsive in use. This is likely down to the operating system – Samsung’s own TouchWiz – being poorly set up to handle touch input. For instance, swiping up and down lists is slow and you often end up selecting options accidentally; typing on the onscreen keyboard (which emulates a keypad rather than full keyboard) is slow and cumbersome; and even just tapping an icon can result in sporadic inaccurate responses. On top of this, general operation is slow and features are limited. 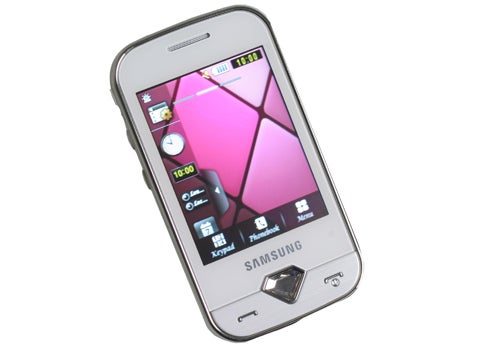 What you do get are three homescreens onto which you can drop a variety of widgets from a pop-out sidebar. These include the usual picture viewer, clock face, and music player but also add Bebo, Myspace, Facebook, and Twitter apps into the mix. Meanwhile the main menu is again split up into three sideways sliding panels with icons arranged in a grid and sub-menus ordered in simple lists.


There are also some “girly” features included. The first is Wish List, which is essentially a glorified notepad for jotting down the name and price of whatever must-have-but-can’t-afford product you’ve just come across. The second is a peculiar Sims-style dating game while the third let’s you set up a fake call. You just specify how long after you’ve pressed the secret button (volume down) you’d like the call to come in and whether you’d like a pretend voice to sound on the other end. You then sit back and relax safe in the knowledge that, if that date is going horribly wrong or that guy at the bar just won’t leave you along, a sly press of a button will have you rushing away in no time because of an “emergency”. 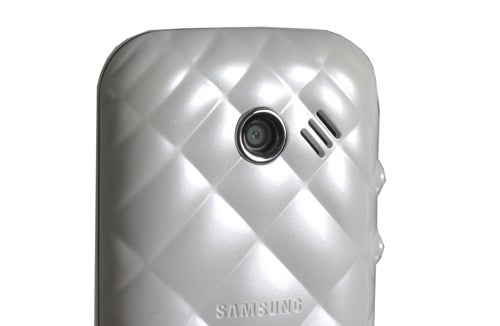 On the back of the phone is a 3.2-megapixel camera, which loads quickly and is nippy to use, shot to shot. However, it has no autofocus or flash resulting in low detail, noisy, and blurry images in poor lighting.


As for connectivity, you only get tri-band support so it won’t work everywhere in the world while 3G isn’t available either so browsing speeds will be slow when out and about. More problematic is the lack of Wi-Fi so even at home you’ll be stuck with slow Internet access. Not that the Diva exactly excels when it comes to such activities. The web browser supports full page layouts but is rather slow and messes up the formatting quite often and though email is available it lacks push notifications and the interface is basic.

Finishing on something of a high, the Diva seemed like a perfectly capable calling device with adequate volume and clarity from the earpiece and no obvious problems from the microphone. Battery life also seemed decent with three days of fairly regular use easily achievable.


Despite a few plus points like a capacitive touchscreen, simple front design, and relatively intuitive operating system, the Samsung Diva has far too many negative points to come close to recommendation – whether you’re female or not. The back looks plain ugly, the operating system is slow, the touchscreen is sporadic, the camera is poor, and it’s generally lacking in features. 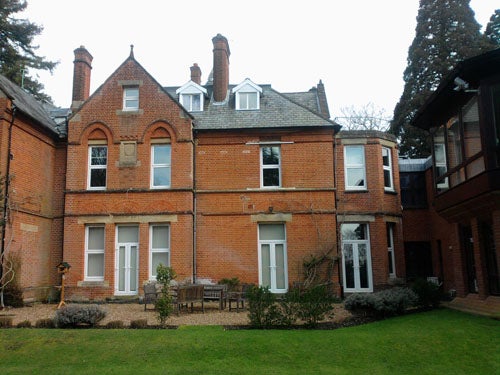 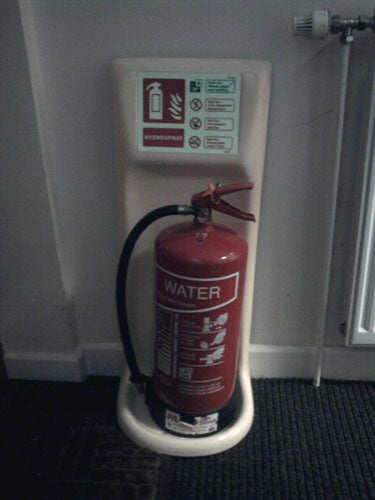 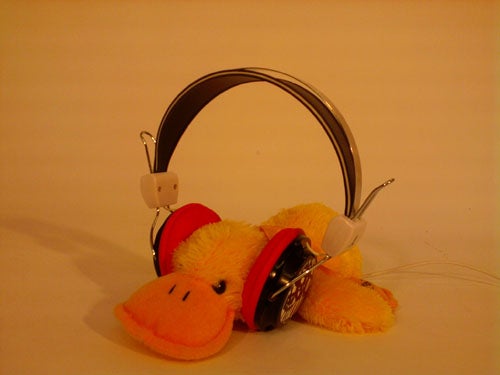