About a year ago I looked at a novel handset from Samsung, the SGH-M110 Solid. It was a ruggedised handset designed for those who need something that can take a few knocks.


Well, a year later we have what is effectively the follow-up to that phone, the Samsung B2700 Bound. Again designed for anyone whose life involves some tough outdoor scenarios the handset is water and dust resistant to the internationally recognised IP54 standard, and has some ‘outdoor features’, which amount to an altimeter, compass and pedometer.

Now, one thing about a phone with this particular market in mind is that it is unlikely to be your main handset. Would you want to drag a ruggedised mobile out with you on a daily basis? Probably not. It would be overkill for the daily commute, it would look a bit naff when you get it out of your pocket in the pub, and it wouldn’t necessarily offer all the features you’d want from a day-to-day phone. It is a specialised piece of equipment.


Which gives Samsung a bit of a problem. To be a success the Bound has to offer a full range of specialised features for the outdoors type while not loosing sight of mainstays like a good camera, battery life and a music player, and keeping within the kind of budget a second handset would warrant. Quite a tall order.


I didn’t think Samsung achieved these things with the Solid, but I think it gets a whole lot closer this time round. At £170 SIM-free, the B2700 Bound is hardly a snip but could be added to the budget of your outdoor kit if you like to buy good quality stuff without paying ridiculous prices. 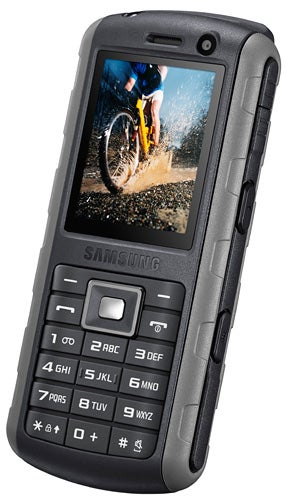 Battery life is astounding. I did my usual battery rundown test on this phone – fully charge the battery then get the phone to play music for as long as possible. It did this for a very impressive 22 hours. Now, you can’t force the screen to stay on during this test which means power is automatically saved, but I reckon you could rely on the Bound for two or three days of usage without mains power. Which is extremely important if you are going to be backpacking in the wilds.


Music playback quality is OK, but the headphones use Samsung’s proprietary adaptor – shared with mains power. So if you also have a music player you’ll need to carry two pairs, which is a bit of a bind if travelling very light is a goal. Memory-wise there is a microSD card under the backplate. You’ll need a card as there is just 26MB on board.

The camera shoots stills to 2-megapixels. It has no flash or self-portrait mirror and is probably not quite good enough for capturing shots of your outdoor adventures, especially if you like to show off nice quality, large prints.


Annoyingly the default shooting mode doesn’t show the entire viewfinder’s range – you get more than you see on screen. Switching to ‘standard ratio view’ fixes that but puts the viewfinder into a small portion of the screen rather than using all of it. Neither system satisfies. 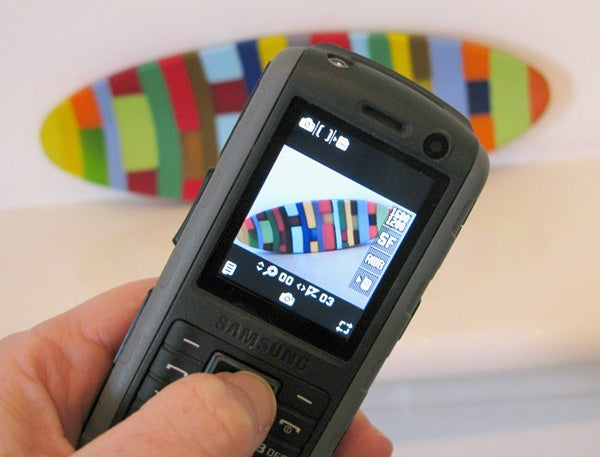 However, image quality is not too bad given that there is no autofocus or flash. The coloured dish, photographed indoors and under normal household lights, has good colour reproduction and is certainly bright enough. Outside, the photograph of the chair is a decent one for a 2-megapixel camera. The photos of flowers were taken fairly close in and show that closer shots aren’t great as far as focus is concerned and that lighter areas can be over-exposed. Colour rendering is very good, though.


The B2700 Bound is a 3G handset but lacks HSDPA support. It has quad-band GSM to back that up. There is a front camera for two-way video-calling. Of course, this band support will mean nothing if there is no reception where you intend to travel. So check that before deciding to rely on this phone! 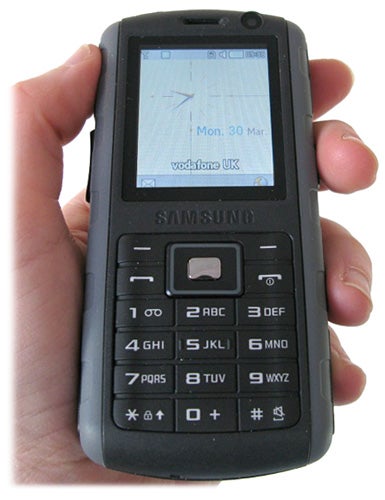 And if you are thinking of using this phone for web browsing, then think again. The screen is well below par for that kind of activity being a 176 x 220 pixel, 1.9in TFT LCD. You really aren’t going to want to browse the web on it any more than is absolutely necessary.


OK, so let’s get on to the rugged features.


These are most apparent in the build of the handset. The B2700 Bound is rubber clad and the number pad is made from a single sheet of rubber rather than individual keys, albeit with a design that has indents around the key areas. The keys are reasonably easy to press, though if you were outdoors in cold conditions and wearing gloves I think their small size might be problematic. Still, while the phone was generally easy to handle I did have to wait occasionally for it to catch up with my key presses. 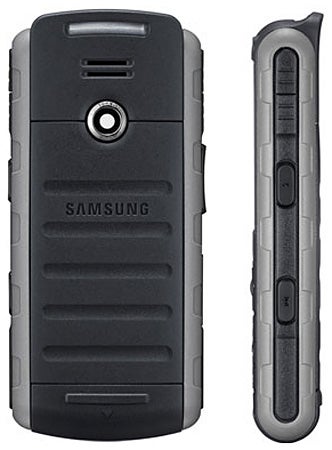 As for size and weight, the B2700 Bound is a little chunkier than you might like at 115 x 52 x 18mm and 115g. There is a long channel on the top of the phone for hanging it from a lanyard. I can’t actually think of an outdoor activity where having a phone hanging round your neck or from a belt-clip (for example) is a good idea. In my experience, nothing that isn’t absolutely necessary should be dangling about your person when you are engaged in some sort of adventure sport or activity.


I also don’t doubt for a moment that the screen and camera lenses will get scratched, but at least the mains power/headset socket is protected by a rubber cover that’s pretty well anchored. However, if you loose that, the socket offers a direct route into the innards of the phone for nasty substances.

The side buttons aren’t rubberised in the same way as the keypad so how well they protect against water, mud and dust is debatable. There are side buttons for volume control, starting the camera running and toggling on and off a bright LED torch that sits on the top edge of the handset. All phones should have one of these!


The software for outdoor types is not, to be honest, enough to set my world alight. A pedometer counts steps, giving a rough approximation of distance covered and calories burned. A real adventure sports or outdoor activity person probably either cares very little about these things when they are engaged in an activity or has specialist GPS related equipment that can do a far better job than this pedometer does. 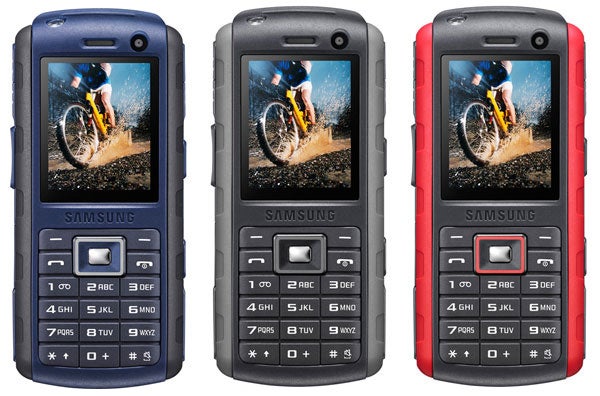 The compass and altimeter are potentially more useful though the latter seemed inaccurate to me. I’d always carry a pocket compass myself, too, as it’s quicker and easier to use than the one here, can give me degree level accuracy, is easier to use to take a bearing and draw this on a map and, obviously enough, doesn’t rely on a battery and so is ‘always on’.


A year on from its predecessor this rugged phone from Samsung exhibits a few improvements, but I am not convinced the B2700 Bound has a place in the rucksack of the serious outdoors type on the basis of the features it offers. Its battery life, though, could buy its passage, because nobody wants to be caught in a sticky situation with a dead mobile phone. 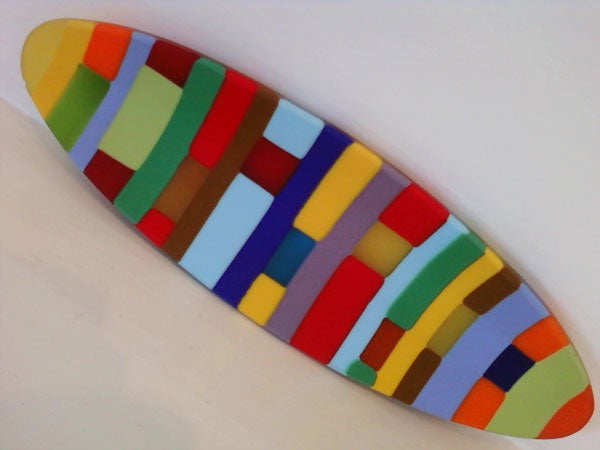 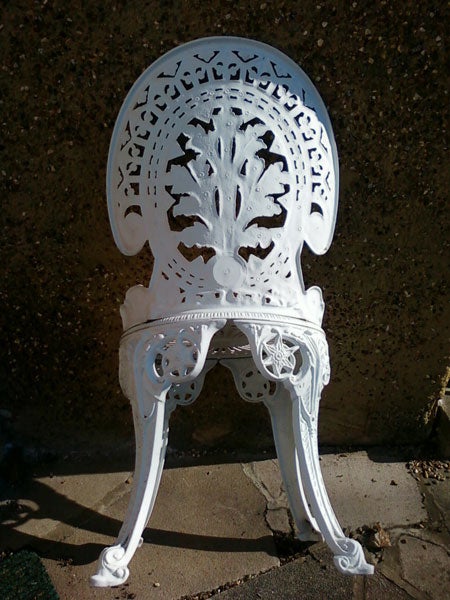 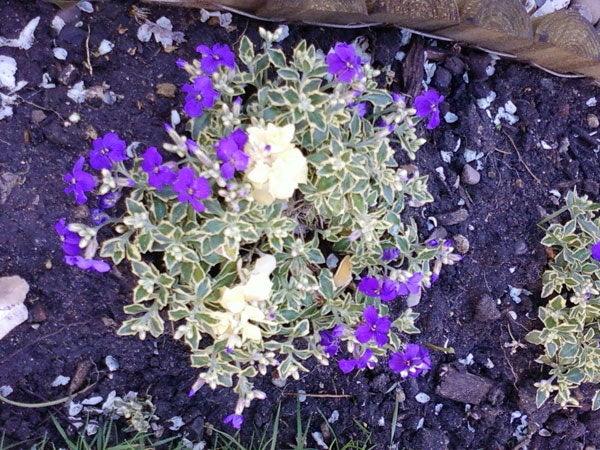 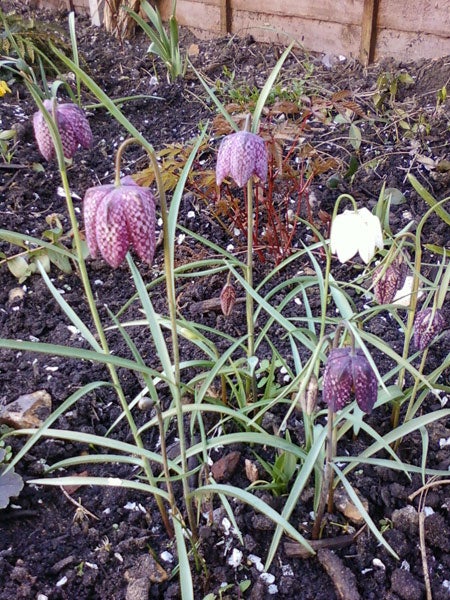