Like the Monitor Audio Vector and Klipsch HD Theater 500 systems we auditioned recently, Roth’s system looks to offer classy home cinema sound at something at least approaching affordable price. Despite this, the OLi3 system certainly doesn’t feel like a ‘budget’ proposition – the speakers are larger, come in separate boxes and boast the sort of solid build quality you’d expect at a higher price point.

This 5.1-channel system is pieced together from separate speakers in Roth’s current range. At the front we find a pair of OLi 3s floorstanders, centre channel duties are handled by the OLi C2, for the back of the room you get a pair of OLi1s and the subwoofer of choice is the OLi KH2. 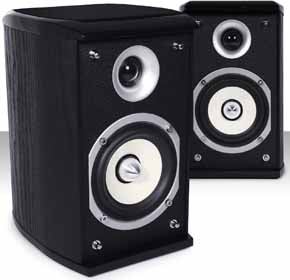 After heaving the OLi 3 fronts from their boxes it’s hard to believe that they cost just £250 separately. The build quality is exceptional, with solid dark wooden cabinets, gloss-black lacquer panels, and a thick, stable base. They’re not the most elegant or glamorous to look at, but at 870mm high they’re nowhere near as imposing as some floorstanding speakers.


On the back of each OLi3 are two pairs of binding posts for bi-wiring purposes, which is a statement of their audiophile intent – certainly more impressive than the springclips found on the Klipsch system. 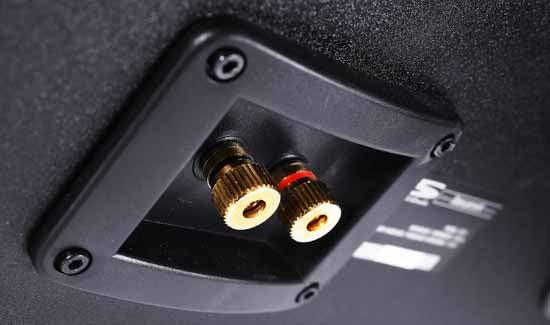 The Oli3s employ Roth’s Dead as Lead Technology, or DALtech damping to you and me. This aims to cut out distortion through the strategic placement of acoustic damping within the cabinet, giving them a firm, sturdy structure that should make all the difference when playing movies loud. They also feature two 5.25in woven fibreglass hybrid woofers and a 1in polymer integrated soft dome tweeter positioned above them, which achieve a frequency response of between 45Hz and 20kHz. They can also handle a maximum power input of 150W.

Turning to the OLi C2 centre, the first thing to notice is how disproportionately large it is compared with the other speakers – accommodating it under your TV will be no mean feat. It does however, share the same stunning construction as the fronts, with the combination of wood and gloss black panels providing a perfect aesthetic match. It’s also timbre matched to the other speakers using the same woofers and tweeter as the fronts to ensure a seamless soundstage, except this time the tweeter is placed in between the woofers. 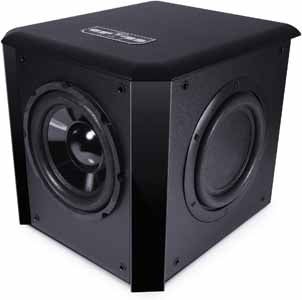 Next up are the OLi1s, which feature a single 4in woofer and 1in tweeter. At 200mm high they won’t be easy to conceal but thankfully the gorgeous lacquer finish of the gently curved top panel will make them a classy addition to your living space. They can handle up to 100W, which isn’t to be sniffed at.


Providing those all-important low-frequency effects is the OLi KH2. This bassy bad boy has a polite, compact size, although its blocky shape is frumpy and the old-school ‘blister’ buttons on the top look a bit naff. 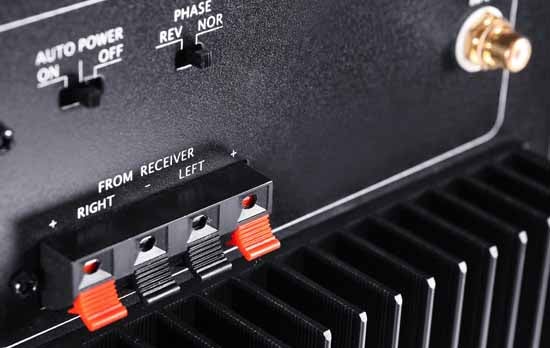 As well as electronic volume control, these buttons let you choose from a range of electronic crossover presets, which is a nice idea for newcomers to home cinema. These settings are more hit-and-miss than the crossover dial found on most subwoofers, but they simplify the process of matching the sub to the rest of the speakers.


There are modes for small, medium and large ‘tower’ speakers – the first reinforces bass in the 50Hz-140Hz range, the second in the 40Hz-100Hz range and the third boosts the 30Hz-80Hz range (we found the lattermost to be the most appropriate for this system). A fourth setting, LFE, allows you to control bass management using your AV receiver.

On the back panel you’ll find a low-level line input, springclips speaker level L/R inputs and switches to flip the phase and select the auto power mode. Inside the sealed enclosure is a front-firing 8in PolyCel active woofer, dual 8in side-firing depth drivers and a 125W amplifier. Its frequency range reaches from 35Hz up to 150kHz.

That’s the science out of the way, now onto the fun part – performance. Our first disc for the Oli3 to get its teeth into is that perennial Blu-ray favourite Transformers, replete with manic, OTT action scenes and absorbing sound design. 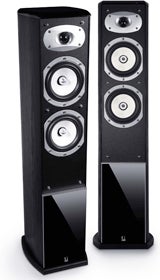 The good news is that the OLi3 system is able to deliver a big sound when the movie demands it. For example, Transformers’ defining end scene, in which the robots knock six bales of steel out of each other, is a cavalcade of crisp detail, gut-wrenching explosions and sharp, forceful effects that ping around the expansive soundstage, helped along by the OLi1’s wide reach.


Throughout the film it demonstrates pace and precision, and during the few moments when Michael Bay stops blowing stuff up and lets the characters talk to each other, the dialogue is crystal clear through the front and centre channels. Particularly enjoyable is Optimus Prime’s warm, bassy voice. 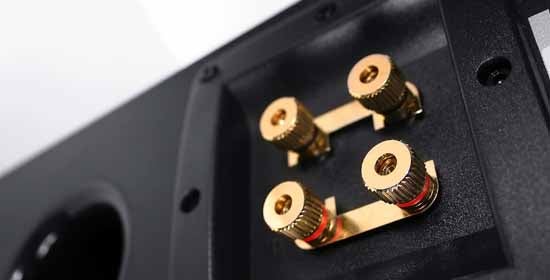 The clarity and detail offered by the Oli3 fronts is also impressive, exemplified by the light, perky electronic robot noises that flit around the soundstage, and although some high frequency effects are a tad strident, it’s never a major problem – on the whole the Roth is a cool and composed performer, putting some similarly-priced systems to shame.


Bass effects, like Prowl’s thumping footsteps as he chases Sam through the underpass, are satisfyingly solid and hefty through the KH2. It’s imperative, though, that you get those crossover and volume controls just right as it can sound decidedly wobbly and overbearing if they’re not.


Overall the Roth is a very impressive system for the money. Build quality across the entire system is a lot better than you have any right to expect – superior to the Monitor Audio Vector and Klipsch HD Theater 500 systems – and it’s backed up by superb sound quality with movies and music. Sure, it lacks the punch and drive you get from one or two similarly-priced and more expensive systems (like the KEF KHT2005.3) but the OLi3 is still a very likeable speaker package, and great value to boot.