What is the Roberts Radio RT100?

2017 marks Roberts Radio’s 85th anniversary – so what has the iconic British company done to commemorate eight and a half decades of building radios? That’s right, it’s released a turntable.

To be fair, Roberts already does very nicely from its Revival range of retro radios, so there was no need for a special-edition reissue of a wireless from the brand’s illustrious past.

The Roberts Radio RT100 is a record player with an entry-level price but attempting to capture some of the company’s premium feel thanks to real-wood veneer on the plinth. It has a built-in phono stage that makes it plug-and-play, so it can easily partner with anything else from the Roberts range to provide a full vinyl-playback solution. 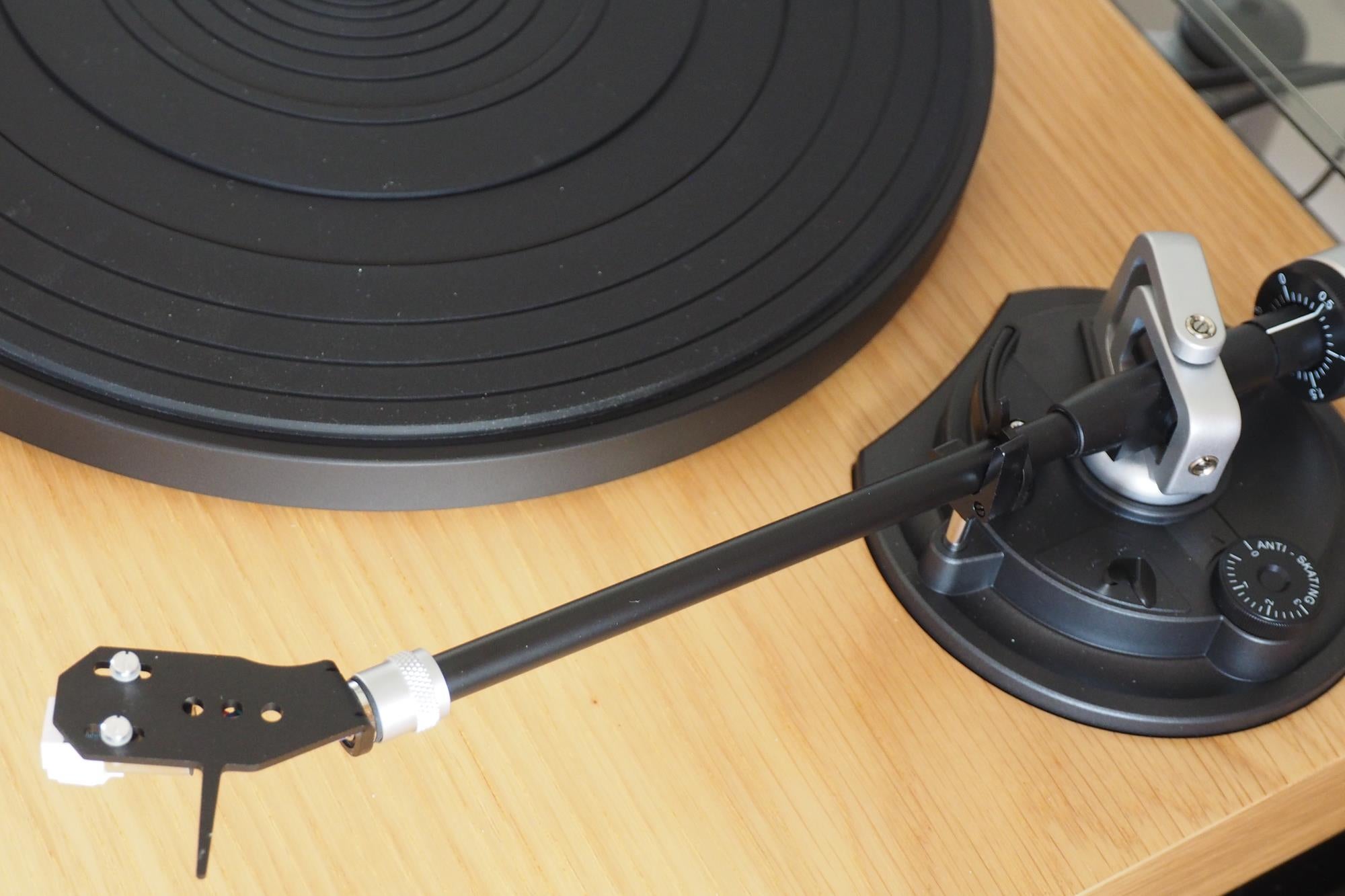 The RT100 is really rather handsome for a turntable at this end of the market. The wood veneer on the chunky plinth is unusual for the price, but so is the decent-looking tonearm with anti-skate adjustment.

Roberts has tried to bridge the gap between low-end hi-fi turntables and cheap (but nasty) decks by adding some of the convenience features of the latter. There’s push-button speed change, with a single press switching between 33 and 45rpm. The RT100 also has auto-start and auto-stop, so the platter begins to spin as the tonearm is moved towards the record, and comes to halt when the needle reaches the lead-out groove. 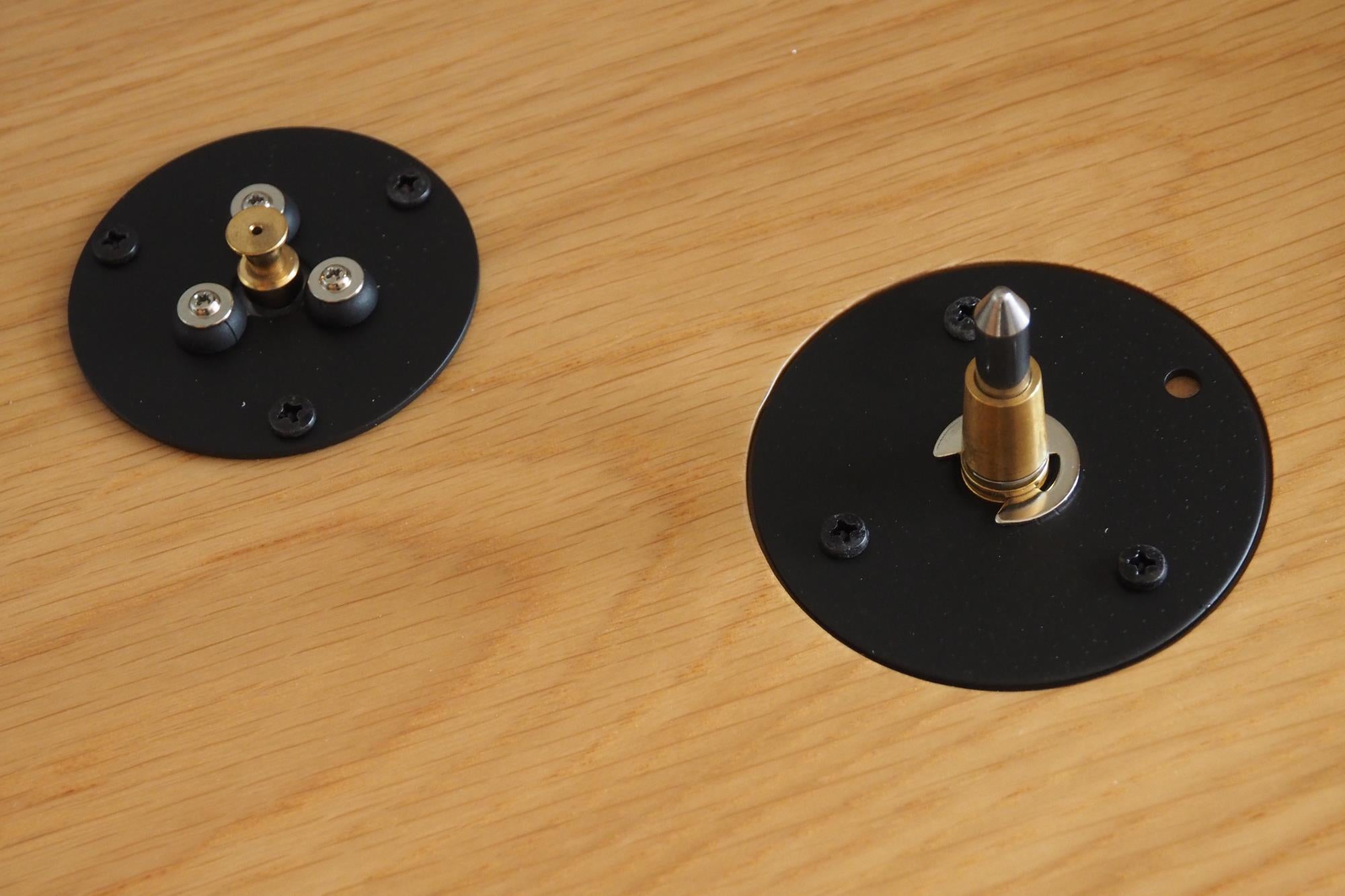 This is a belt-driven model, with a rubber band connecting the lightweight aluminium platter to the motor pulley. A rubber mat tops the platter.

The 9-inch tonearm has an aluminium arm tube, a counterweight with a gram scale marked on it, anti-skate adjustment, and a removable headshell with a standard bayonet fitting. 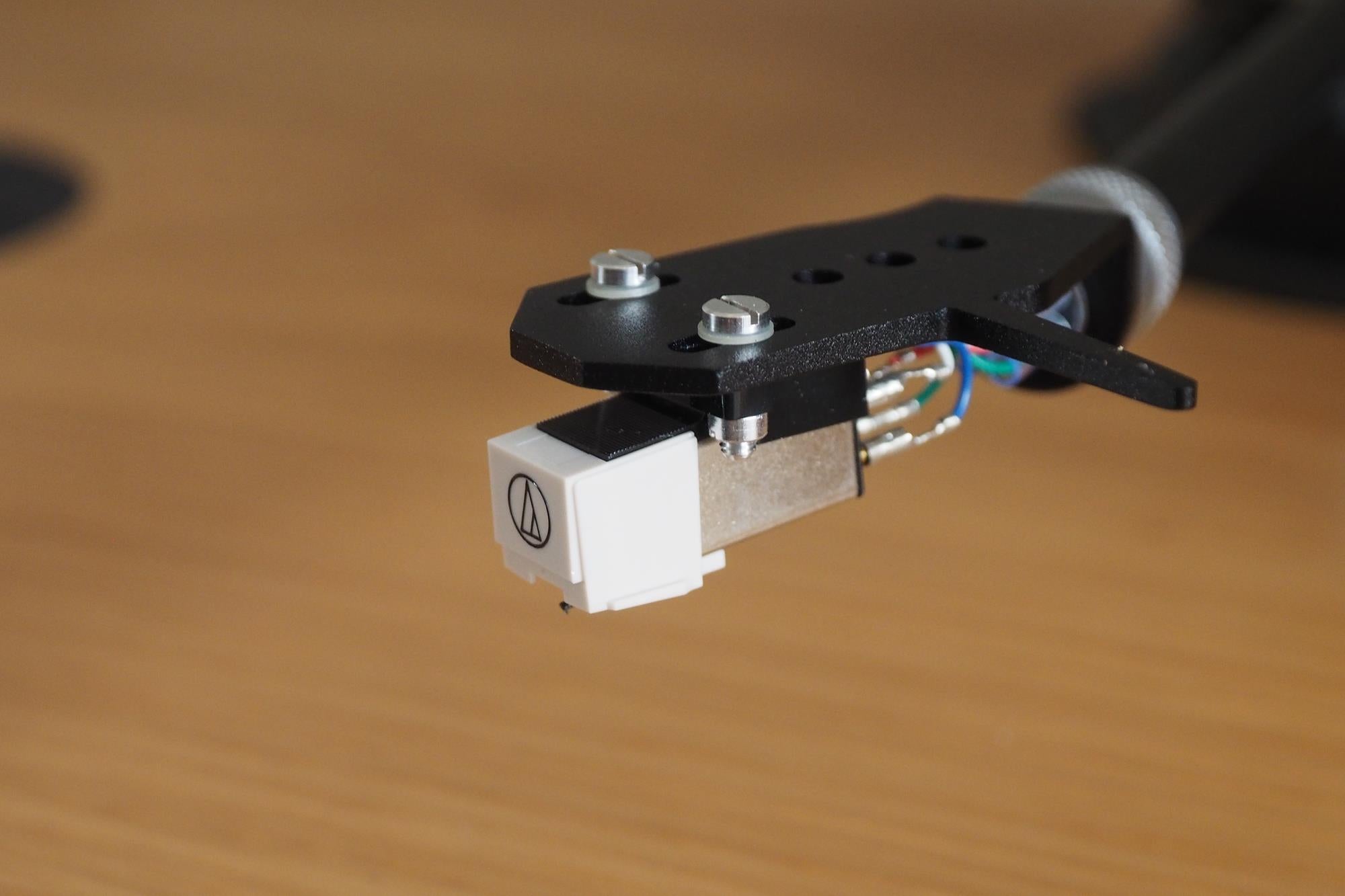 Pre-fitted to the headshell is an Audio-Technica moving-magnet cartridge – but rather than the AT-91 (or derivative) that’s common at this price point, it’s an AT-3600L. It’s a surprising choice, and one that means a tracking force of around 3.5g is required.

The RT100 has a built-in phono stage so that it can be connected directly to a line input, but if you already have a separate phono stage or your amp has one, you can flick a switch on the back of the turntable to bypass the pre-amp.

Also around the rear is a pair of RCA phono outputs, a USB socket for recording your vinyl on a computer, and an on/off switch.

The RT100 has a hinged dust cover, but it’s simple enough to leave it off if you prefer the nude look. 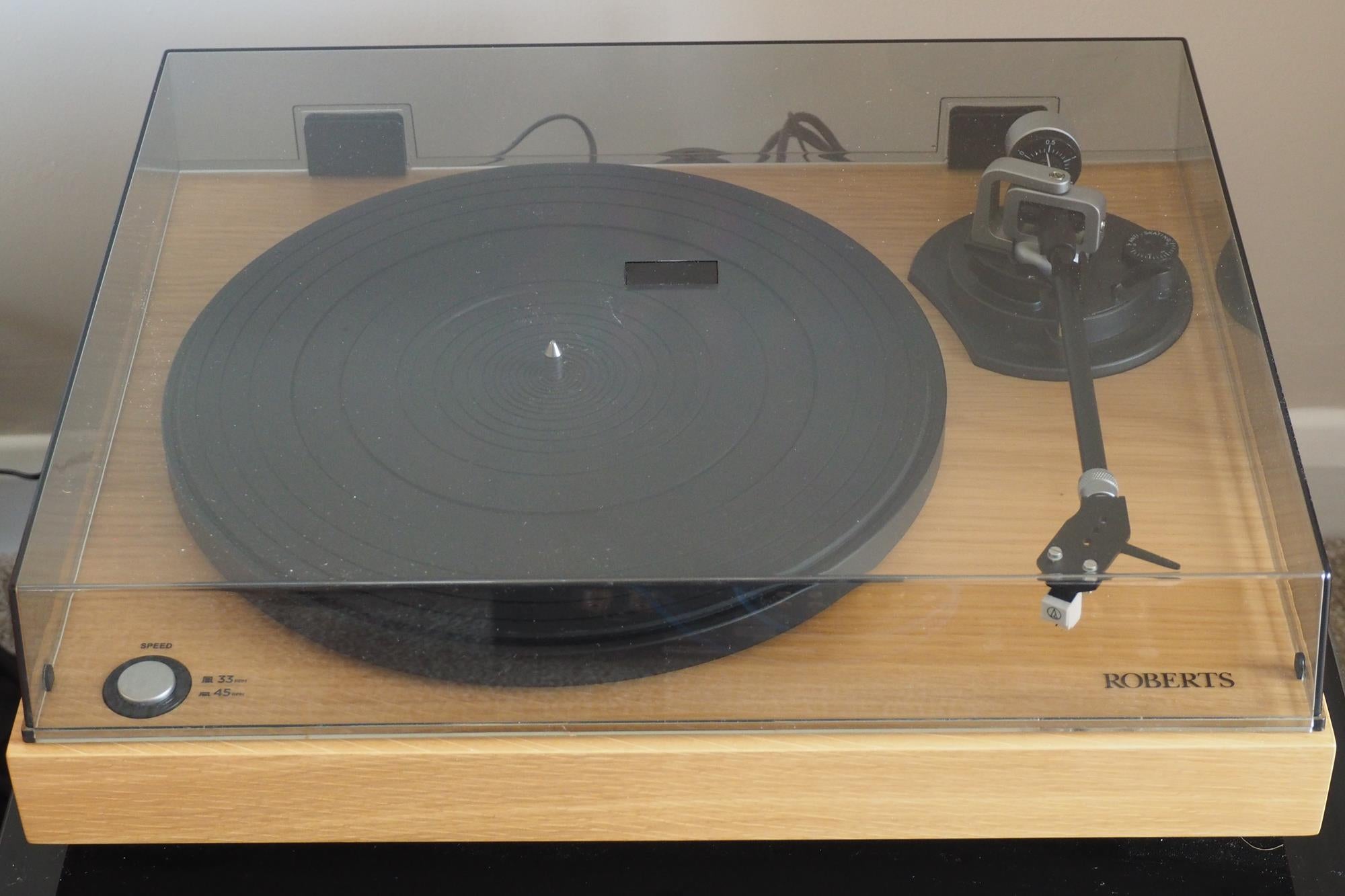 Setting up the RT100 is perhaps a tiny bit more labour-intensive than some at this price point, but not by much. The removable headshell has to be attached, the platter and mat placed onto the spindle, the belt attached to the pulley, and the dust cover and hinges added.

After that’s been done, you’ll need to set the tracking force, which can be roughly achieved via the gram markings on the tonearm’s counterweight. The cartridge requires at least 3g, although it sounded better with around 3.5g. That’s a fair amount by modern standards, where 1.5-2g is now the norm for a hi-fi cart. Wear on your records will consequently be a little higher over time, although not by a huge amount. 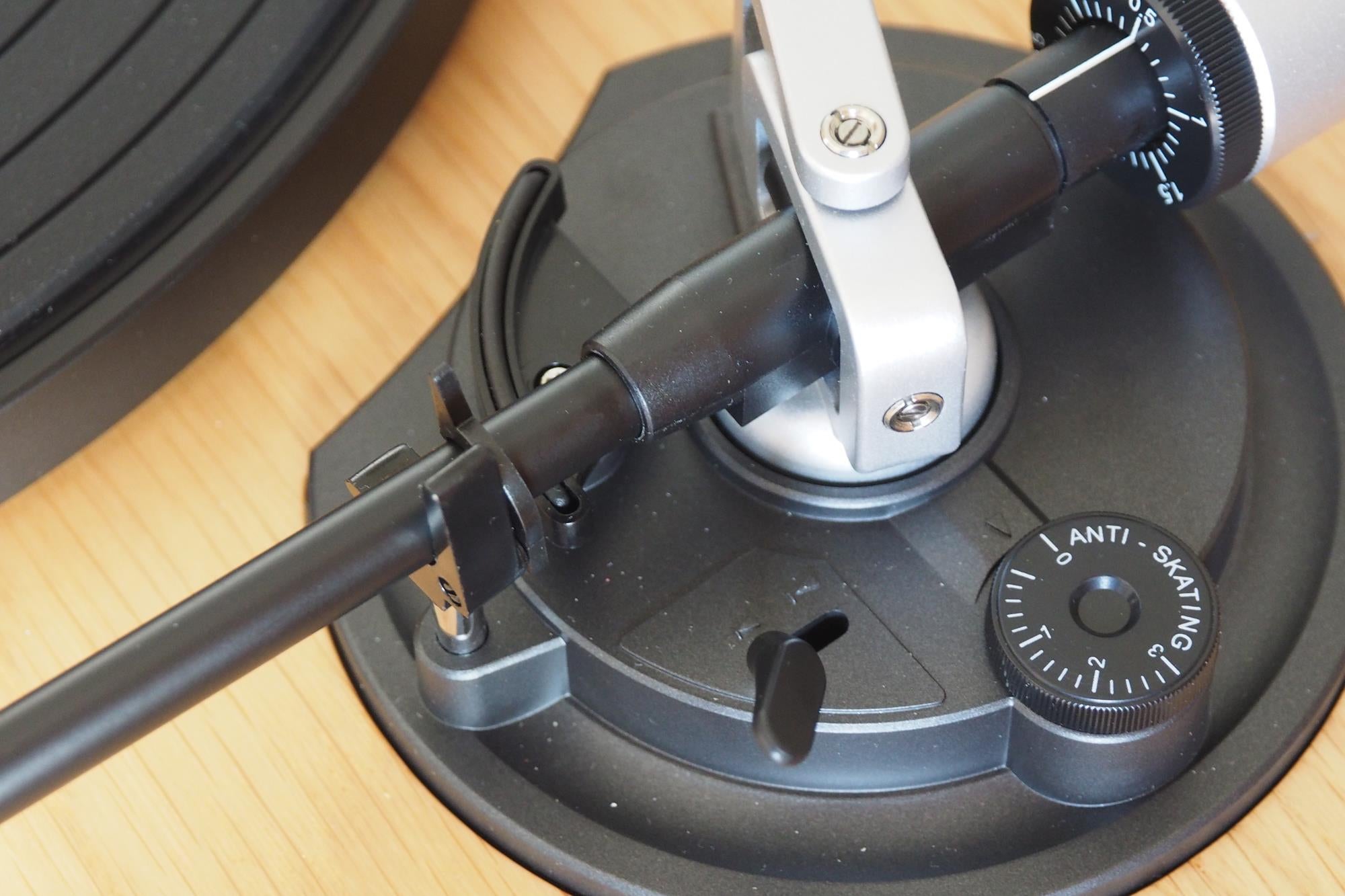 The AT-3600L cartridge is very similar to the now more common AT-91, but perhaps a tiny bit less detailed. However, on the RT100 it was coming through smeary and uninvolving. Swapping it out for an AT-91 didn’t improve things, but at least reassured me that the AT-3600L wasn’t the culprit.

The problem turned out to be the RT100’s built-in phono stage. Bypassing it via the switch on the back, and plugging a Rega Fono Mini A2D in between the RT100 and my hi-fi, the sound suddenly opened up. Detail retrieval was good, timing decent, and vocals far more natural.

This is a lively, agile sound typical of Audio-Technica’s cartridges, a little more on the clinical side than the warm. It sounds exciting rather than laidback, revealing the dynamics that are the great strength of vinyl.

The fundamentals here are clearly good, and at least Roberts has given the option of using an external phono stage – some plug-and-play decks don’t. Upgrading cartridges is also made easier thanks to the anti-skate adjustment and removable headshell. 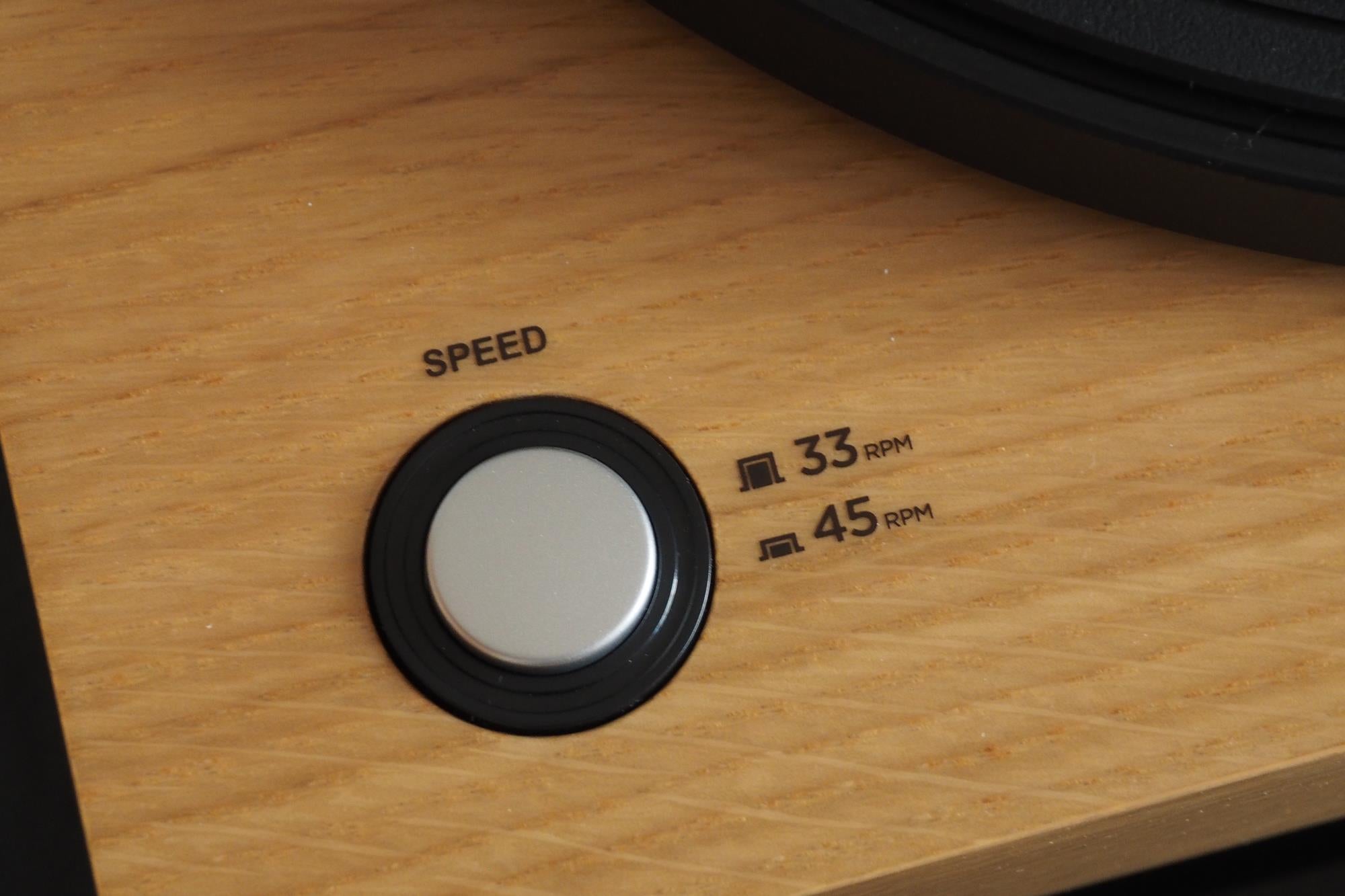 Should I buy the Roberts Radio RT100?

The RT100 is a decent stab at offering an entry-level with convenience features, but with a slightly more premium look and feel at no extra cost. But it’s let down by its built-in phono stage, which should be bypassed and replaced by something like the £89 Rega Fono Mini A2D.

For better sound, but without the easy speed changing and auto-start, you could spend the extra on a Rega Planar 1 and the aforementioned Rega phono stage.

If the wood is what does it for you, however, the Crosley C20 (co-designed by Pro-Ject) is a fantastic plug-and-play turntable with a gorgeous Zebrano plinth, an acrylic platter and an Ortofon OM10 cartridge that takes it to another level sonically. It’s pricier again, but money well spent.

Already got a phono stage? Then the RT100 is a strong performer with its own one bypassed, and actually still represents OK value.

Looks and feels nicer than most other entry-level turntables, but doesn’t sound at its best if you use the built-in phono stage.