A new camera from Ricoh is always a bit of an event. While most other manufacturers launch half a dozen new cameras at once, Ricoh tends to increase its small but specialised range by one model at a time. The last Ricoh camera I reviewed here was the unusual Caplio GX100 in February, but a more relevant comparison for today’s camera is the outstanding Caplio R7 which I reviewed in October last year, not long after its launch. Today I’m taking a look at its successor, the new Ricoh R8 (they’ve dropped the Caplio name this time). 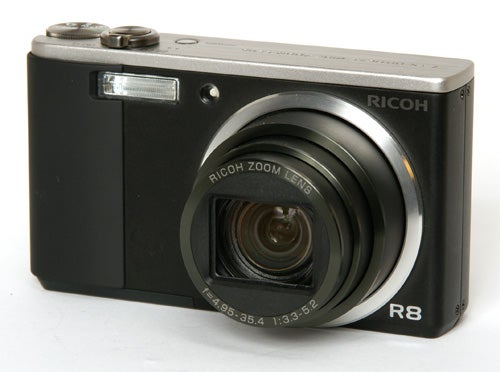 The R8 was launched at the end of February, and has already stirred up an unusual amount of interest among the photographic press. Looking at the R8 this isn’t too surprising, because it’s certainly an eye-catching camera and has an outstanding specification. Although in terms of features and specification it is only an incremental upgrade of the R7, with the same 28-200mm-equivalent zoom lens but now featuring a 10-megapixel sensor, it has a completely new body with a very distinctive style. Ricoh has taken a page out of Samsung and Panasonic’s book and gone for a sort of future-retro look for the R8, with a very angular and boxy body that you’ll either love or hate. Unusually for an upgrade model it is quite a lot larger and heavier than its predecessor, measuring 102 x 58 x 26 mm and weighing a substantial 168g, compared to the R7’s virtually ultra-compact 99.6 x 55 x 23.3mm and 135g. 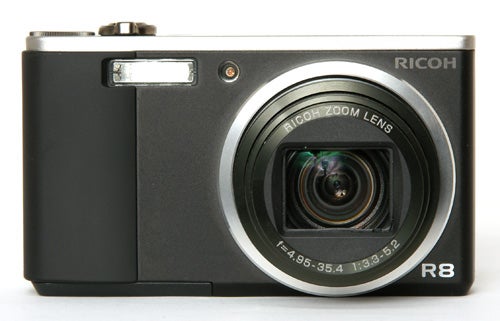 Ricoh used to have the long-zoom compact field pretty much to itself, but these days it faces some pretty fierce competition from the likes of the Panasonic TZ3 (£151) and the Canon SX100 IS (£229), both of which are close matches for the specification of the R7 (£150). However the new R8 is currently priced at around £250, which is a lot of money for a compact camera, even one with 10 megapixels and a 7.1x zoom. That price will undoubtedly come down over the next few months, but in the meantime the R8 has only its design and specification to its advantage.

The design of the all-metal camera body is very plain and simple, with lots of flat planes and straight lines. It features a rubberised handgrip which wraps around the right-hand end of the body and is shaped to form a thumbgrip at the back. It’s not the biggest handgrip ever, but it is more than most compacts offer and does make the camera very comfortable and secure to hold. The controls are also very simple, although this is due to excellent design rather than any lack of features. The most obvious feature of the control interface is the replacement of the usual D-pad by a simple four-way button like a small joystick, which doubles as a quick function menu button and navigation control. Pressing it activates a live menu offering quick control of up to five shooting parameters, with the default options being ISO setting, exposure compensation, white balance, AF mode and focusing point, although this list can be customised by the user. This system is a refinement of the control interface used on several previous Ricoh models, and I have found it to be one of the quickest and easiest control systems around. 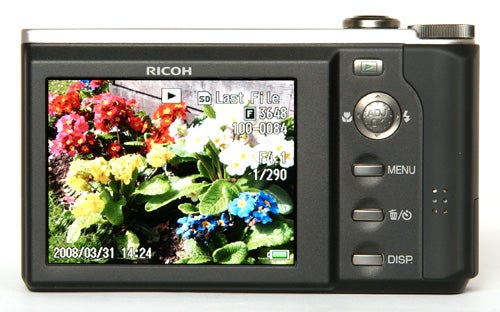 The main selling point of the R8 is its unusually compact and versatile lens. This is unchanged from the previous models in the range, a 4.95 – 35.4 mm (equivalent to 28mm – 200mm), f/3.3 – f/5.2 unit that folds flush with the camera body when closed. Both the Panasonic TZ series and the Canon SX100 can beat it on focal length range (both feature 10x zoom), but both of their lenses protrude from the camera body when closed.


The R8 has a number of other interesting features, not least its LCD monitor. At 2.7 inches it is slightly larger than average for a compact, but it has an exceptionally high resolution of 460,000 dots, double that of most other compact camera monitors. It also has a good fast refresh rate and a very wide angle of view, easily wide enough to be visible when holding the camera at arm’s length above your head, handy when you’re trying to shoot over a crowd.


Refreshingly, the R8 lacks the auto-everything “idiot mode” found on many compact cameras. Instead its standard shooting mode allows full control over the camera. Although it lacks manual exposure control it still offers a wide range of useful photographic options, such as a movable AF/AE point, auto bracketing, adjustable sharpness and colour depth, several focusing modes including spot AF and manual focus, a live histogram in exposure compensation mode and the ability to limit both the slowest shutter and the aperture setting. As well as the standard program mode the R8 offers two user-defined program settings, useful if you want to return to a particular combination of settings frequently. It also has a scene mode with 11 options, including a face detection portrait mode and a perspective-correction function useful for photographing documents or whiteboards. 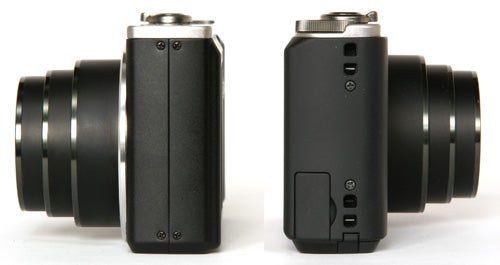 The R8 also features Ricoh’s own moving-sensor image stabilisation system. This is unusual for a compact camera; most other manufacturers have opted for optical stabilisation systems in cameras of this size. As IS systems go it’s better than a simple ISO boost, but it has the be said that it’s not as effective as the systems used by Canon or Panasonic. It provides only two stops of additional stability at best, and even then it isn’t terribly reliable, with some shots exhibiting movement blur while others at the same shutter speed are sharp. If you’re shooting in low light it’s probably a good idea to take three or four shots to be on the safe side. Better still, use a tripod.

Overall performance has has always been a Ricoh strong point, and the R8 is no exception. It starts up in approximately two seconds, and shuts down again in about two and a half seconds, and makes a lot less noise this time. In single-shot mode it has a shot-to-shot cycle time of approximately 1.7 seconds, which is pretty good, but in continuous mode it can shoot a frame every 0.6 seconds and maintain this until the memory card is full. Battery performance is also very good, with the 1000mAh Li-ion rechargeable providing enough juice for at least 250 shots, including a lot of flash shots. The autofocus system is pretty good too, although I have seen better. It focuses quickly and accurately in good light, but it does struggle a bit in lower light levels. It has a good AF assist lamp, but even so it takes a couple of seconds to make its mind up. It was also quite slow at the telephoto end of the zoom range, hunting about for a couple of seconds. Needless to say, low light telephoto focusing was very slow indeed, but although slow it usually manages to focus eventually. 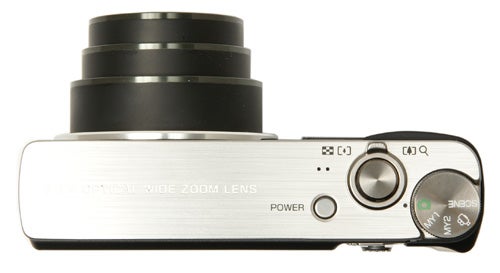 Most other 10-megapixel compact cameras use the larger 1/1.8-inch or 1/1.7-inch sensor size, however Ricoh has squeezed an extra two megapixels onto the same small 1/2.3-inch size CCD as the R7. While this does give larger pictures and potentially better detail resolution, it has a costly trade-off in colour depth and dynamic range (the ability to capture both shadow and highlight detail in the same shot) and also increased image noise. I was generally impressed by the image quality produced by the R7, but I’m sorry to say I’m a lot less impressed by the R8. The lens does its usual excellent job, producing almost no distortion despite its unusually wide angle, with good sharpness right across the frame. However even at low ISO settings there is evidence of rather heavy-handed noise reduction, and severe noise problems at settings of 400 ISO and higher. I found that my review camera had an unfortunate tendency to over expose in any shot with bright details, burning out highlights and producing thin washed-out colours. Adjusting the colour depth and exposure compensation went some way towards correcting this, but the default settings were quite disappointing.


That said, the overall level of detail is very good, and the distortion-free lens is as good as ever. The R8 is a wonderfully versatile compact camera and is capable of taking good pictures with a little work, but if you’re looking for instant gratification it may prove disappointing. 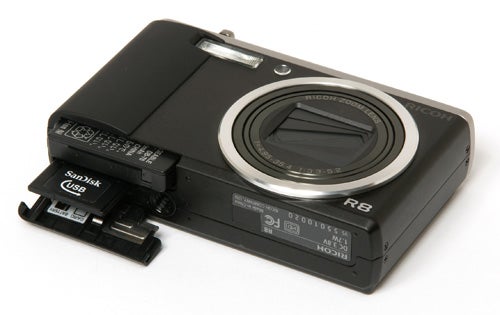 The Ricoh R8 is an expensive camera, but it does offer a unique specification and very distinctive style. Build quality is superb, and the design of the body and control interface makes it a real pleasure to use. Performance is also very good, the 28-200mm lens is excellent, but sadly image quality is simply not as good as it could have been, thanks mainly to the inexplicably tiny 10MP sensor. To be blunt, the older R7 is a better, smaller, cheaper camera. 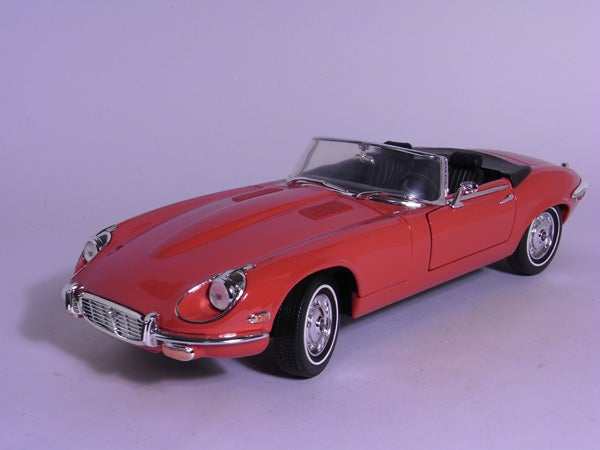 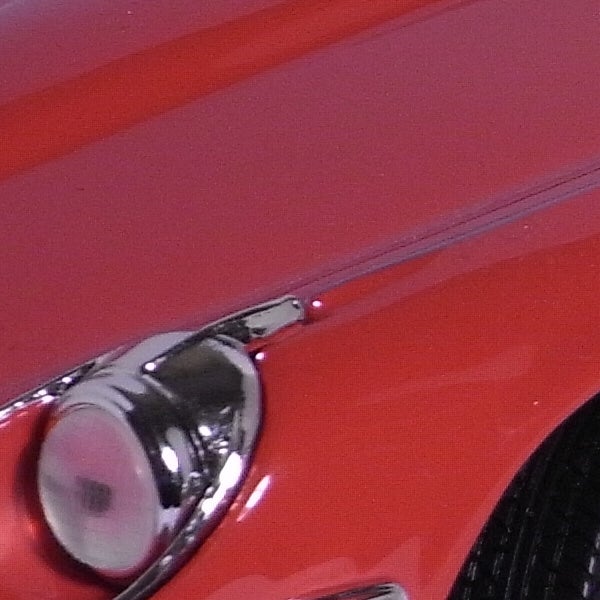 At 64 ISO the image quality is very good with plenty of detail, but there is some evidence of noise reduction. 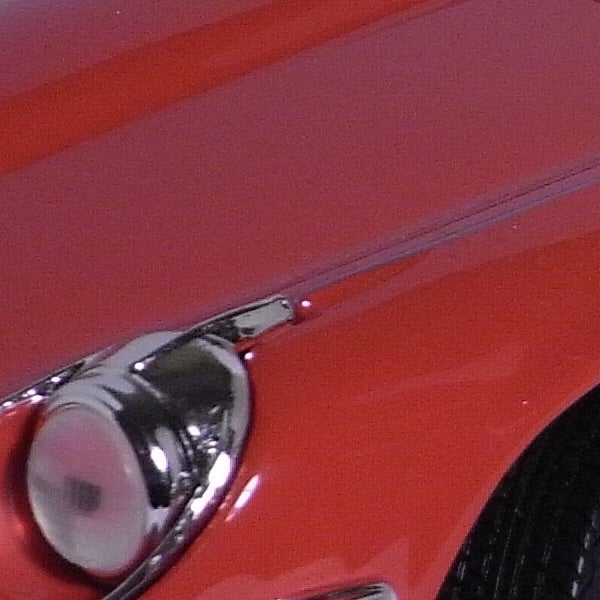 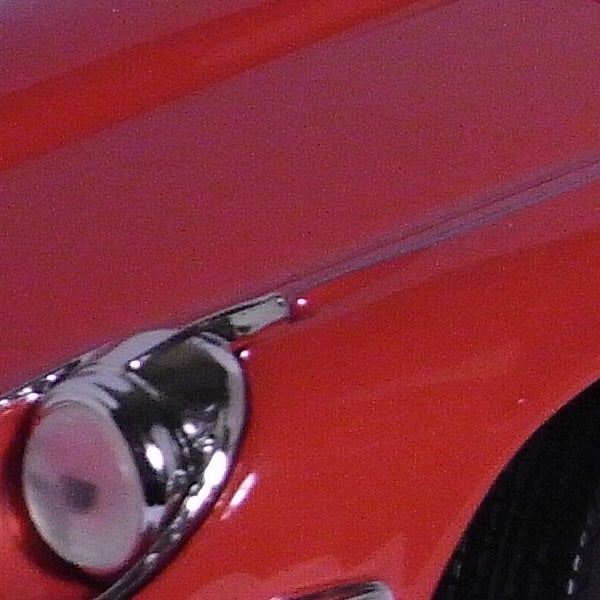 There is some visible colour noise at 200 ISO, but the level of detail remains high. 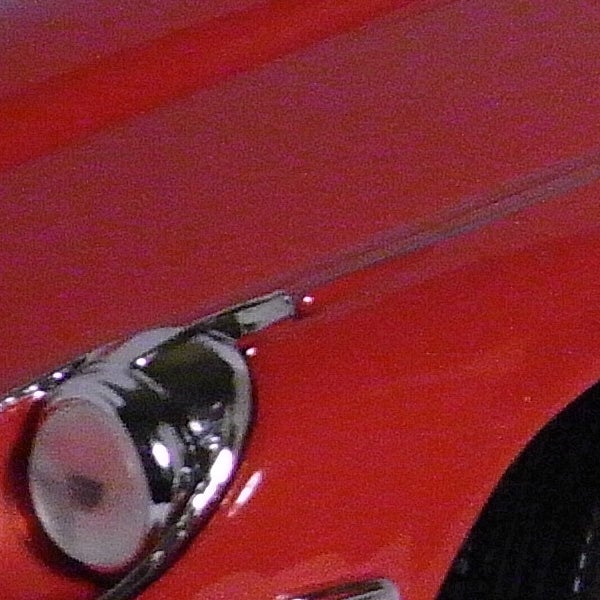 Noise is more noticeable at 400 ISO, but detail levels are still good. 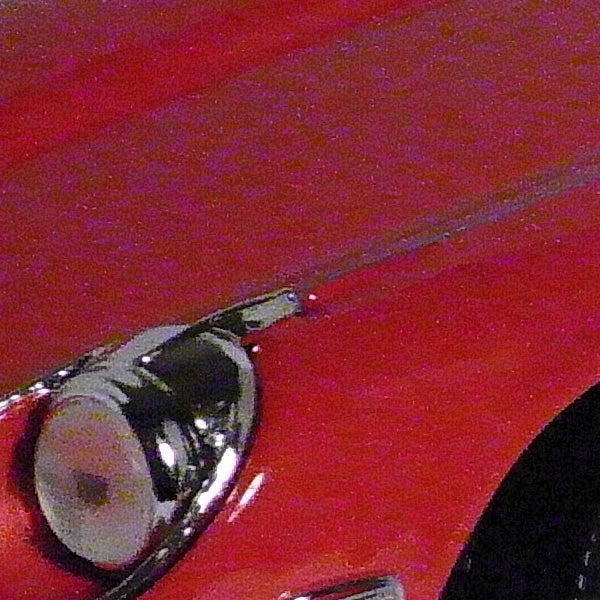 Noise levels are much higher at at 800 ISO. 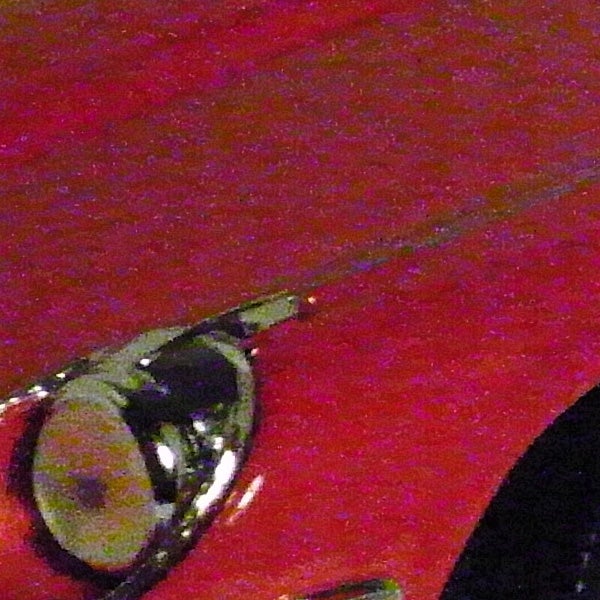 At 1600 ISO the noise level is unacceptable even for a small print. 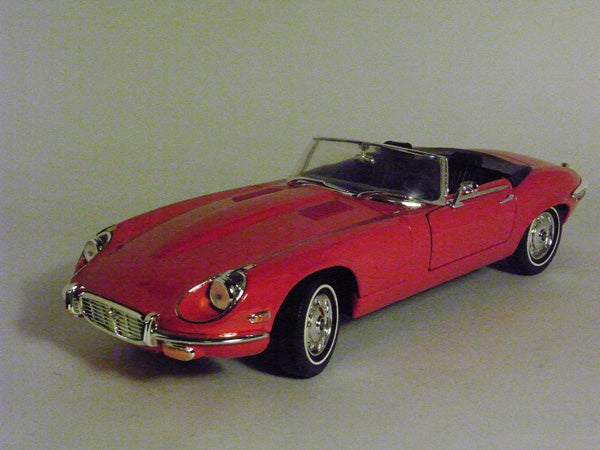 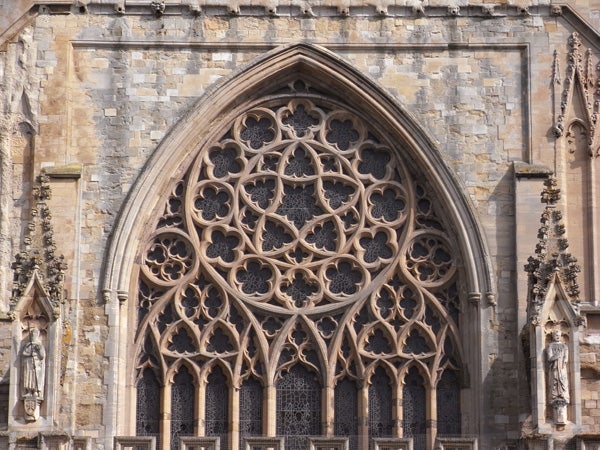 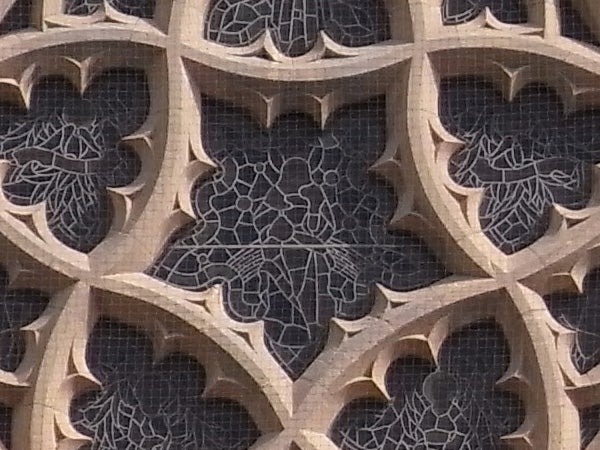 The level of fine detail is very good, thanks mainly to the excellent lens. 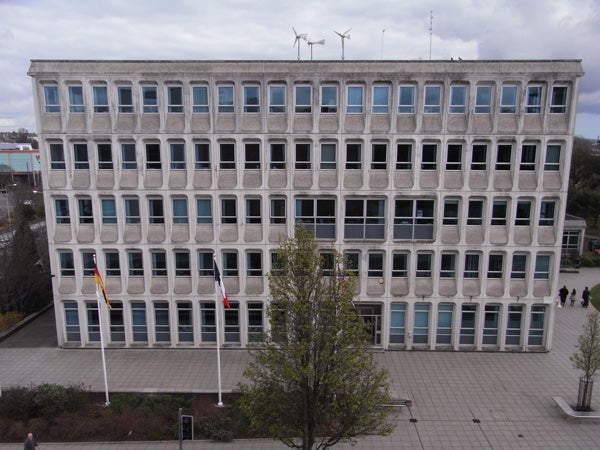 Even at its 28mm-equivalent wide angle, the R8’s lens produces almost no distortion. 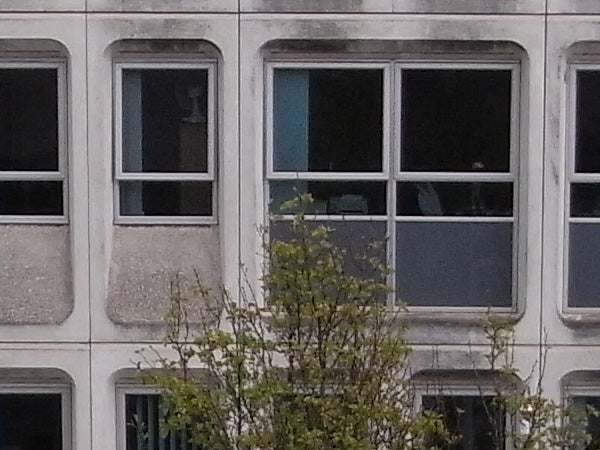 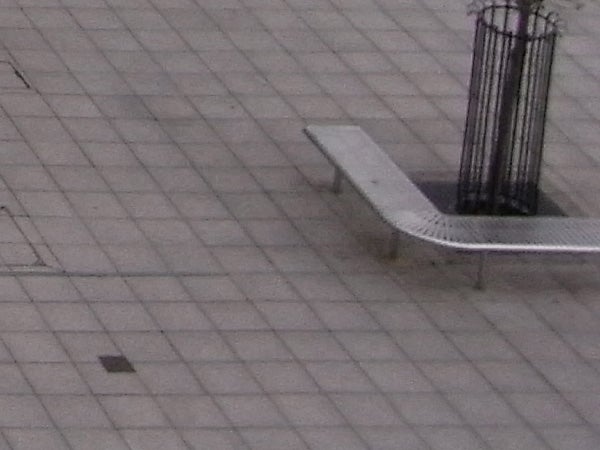 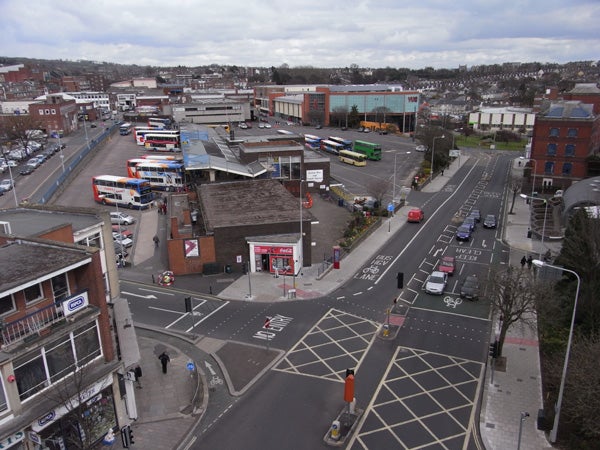 The 28mm wide angle is great for panoramic landscapes. 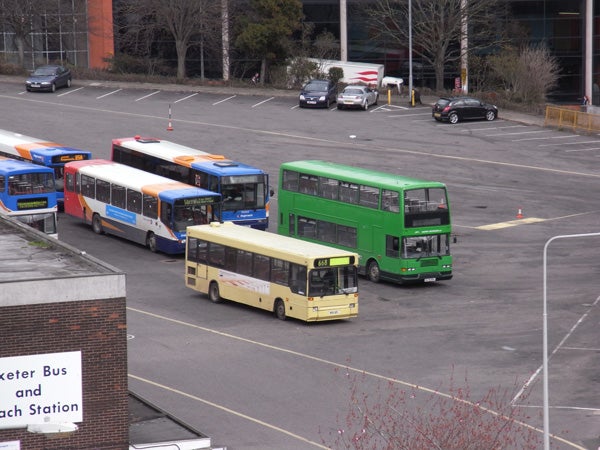 The 200mm telephoto end is great for picking out details. 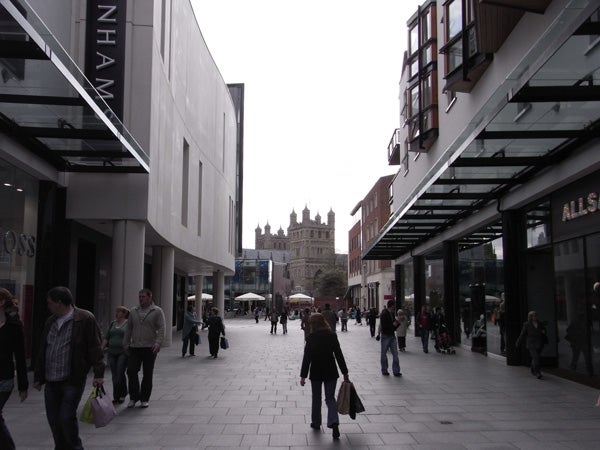 This shot shows some over-exposure, resulting in burned out highlights. There were supposed to be clouds in the sky. 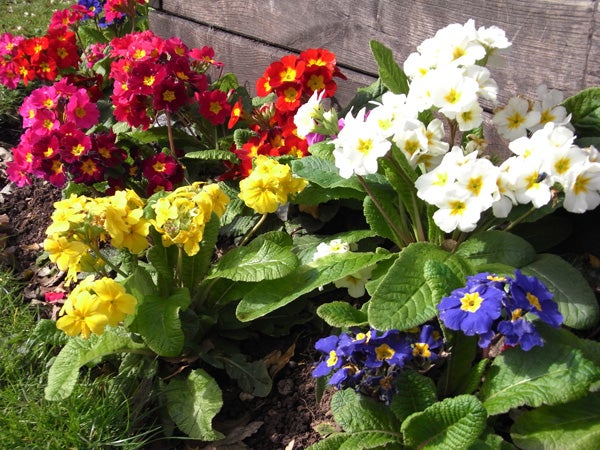 Again, over-exposure has blown the highlights, and reduced the vibrancy of the colours. 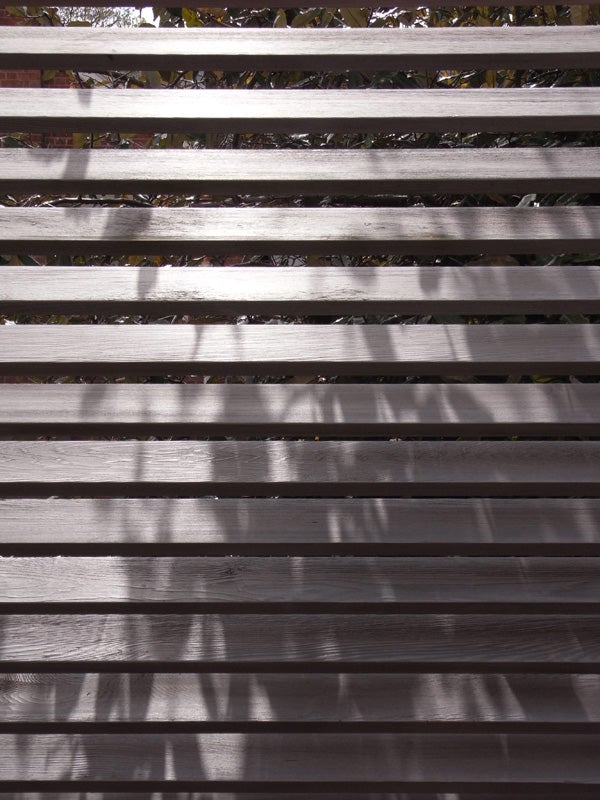 This shot looked a lot more contrasty in real life.