Ricoh’s follow up to last year’s GX100 continues the company’s commitment to designing quality compacts combining portability with manual control. Few people carry a DSLR everywhere, so cameras such as this, or Sigma’s DP-1 are an ideal pocket alternative.

Like its predecessor the GX200 has Raw shooting, a 3x zoom lens and a purist sensibility. 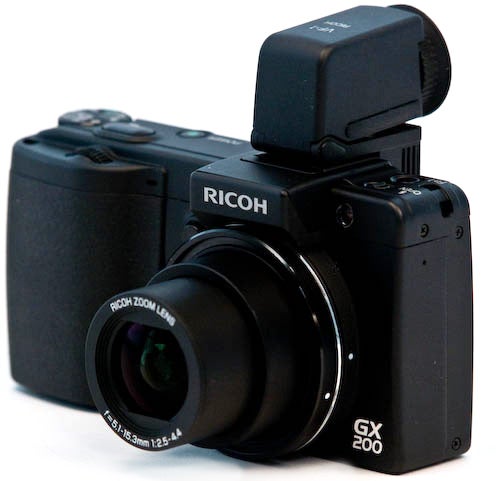 New to this model is a 1/1.7inch 12MP CCD sensor, with mechanical sensor based image stabilisation. The lens, while maintaining the useful 24-72mm zoom range with a maximum f/2.5-4.4 aperture, has been redesigned to match the resolution of the sensor. Ricoh has also announced a 135mm (equivalent) tele-converter and 19mm wide-angle lens which attach to a bayonet around the outer rim of the lens. These are available at £99.99 each, while a lens hood and adapter are available for £34.99.


As with the GX100 the new model accepts the VF-1 viewfinder. This electronic viewfinder sits in the hot shoe and gives a 100% view of the scene, menus and so on, and I have to say is probably the best EVF I’ve ever used, and I’m not a fan usually. However it’s fast, clear and colourful and is difficult to criticise. The rubber eyepiece rotates for dioptre adjustments, which is useful for those like me who’s eyesight isn’t what it once was . 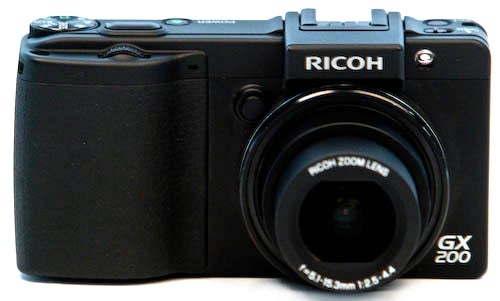 If you prefer to use the monitor for composition, the GX200 is bound to impress. Now sized at 2.7 inches and doubling the resolution to 460,000 dots, the screen really is a corker, producing clear and sharp images and a wide viewing angle. It keeps the electronic spirit level of the older model, a unique feature to maintain straight horizons, whether shooting horizontally or vertically.


Some previous Ricoh cameras have been criticised for their high noise levels, especially at higher ISO settings. To this end Ricoh has incorporated a new processor, the Smooth Imaging Engine III, which the company claims reduces noise without sacrificing colour saturation or image resolution. More noise reduction can be switched on or off as you need it in the menu.

The buffer memory has been expanded, necessary not just for the larger images produced by the higher resolution sensor, but also to allow faster shooting of up to five Raw images. The camera also has 16-shot continuous shooting in JPEG mode with a couple of variations, producing a grid of 16 shots on one frame. Apparently this is useful for analysing golf swings and the like. 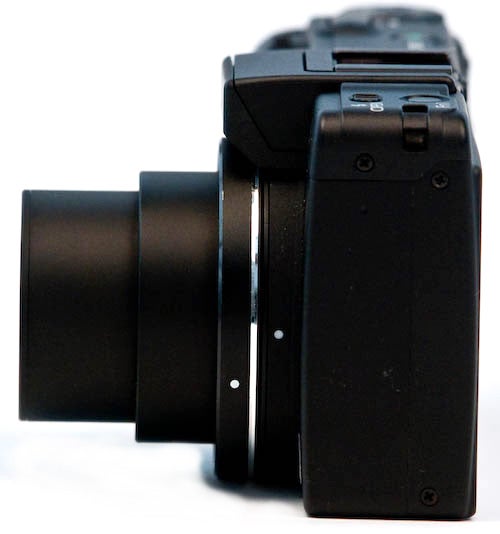 On the metering front the camera features 256-segment Multi Light Metering as well as centre weighted and spot metering options. Exposure modes meanwhile cover Program AE and Auto AE as well as aperture priority AE and manual control. A selection of scene modes are available, including landscape, portrait, sports, nightscape, text mode, skew correct and zoom macro. The macro focusing continues in the Ricoh tradition, with 1cm minimum distance. The skew correct feature is used to correct the geometry of rectangular subjects, such as a flat copy document for example. There’s also a My Setting mode, in which you can store personalised parameters, while a pair of programmable function buttons let you chose your own fast access functions, such as switching between Raw and JPEG for example.


Images are saved either to the 58MB internal memory or to SD/SDHC media, with a choice of Raw or JPEG. The Raw format is DNG so you don’t need to wait for Adobe to update Photoshop or Lightroom before you can start to process images. Of course, you can still use the Caplio software that comes with the camera if you don’t have the other programs. Video files can also be shot, saved in AVI format to the capacity of the media card. 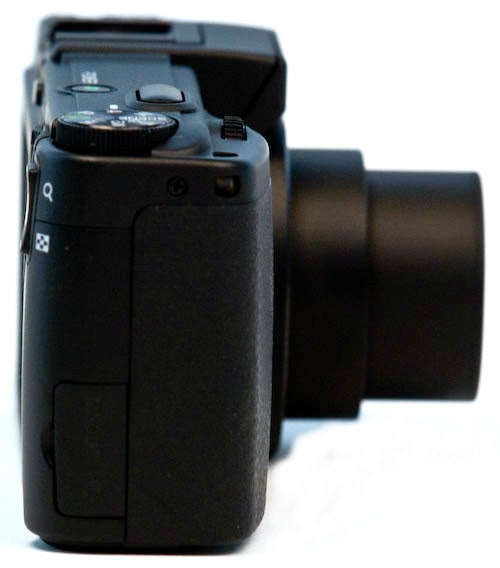 There’s a huge array of shooting formats in comparison to other compacts. As well as the 4:3 12MP option and some lower resolution version of that format, you can also shoot in 3:2 format, the same as 35mm film, with 10MP resolution. There’s also a 9MP 1:1 or square format, for those who remember 120 roll film. All of these options are available in Raw as well as Normal and Fine JPEG compressions, so there are plenty of user options.

Ricoh hasn’t strayed too far from the GX100 design path. This is a small but traditionally styled camera. It is very well made and feels solid and robust. The black finish and rubberised grip maintain the 35mm tradition, while the manual mode and viewfinder options, together with the square format mode, are sure to appeal to purists and experimentalists alike. I especially liked using the square format with in black and white mode. 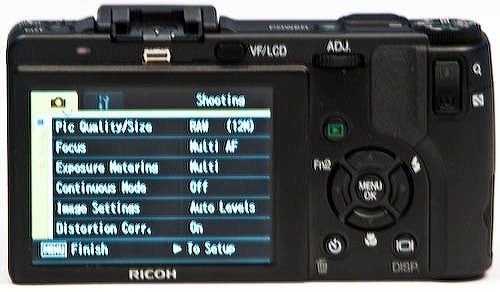 The camera is slim so it easily fits in a pocket, though less so with the viewfinder attached, and the lens protrudes once the camera is powered up. Start up time (and power down) is around a second, which includes the time for the lens to extend into position, and the auto focus is fast and accurate. While it’s not as fast as a DSLR in operational speed, it’s still a pretty nifty number compared to other compacts. One slow-down factor is the time it takes to remove the lens cap – something DSLR users are familiar with but if your migrating from a lower end compact, with an automatic lens cover (or no lens cover) this may take some getting used to (and remembering!).


Changing shooting modes is via a wheel on the top plate – another traditional aspect – while the menu is navigated through the familiar four-way controller. This also offers quick access to macro mode, flash modes and self-timer. Other adjustments can be made through the ‘adj’ switch. This button offers left and right rocking for changing shutter speeds in manual mode. Pressing this switch will bring up commonly used settings such as white balance options, ISO speeds, ±2EV exposure compensation and image size and quality. It also lets you pick a combination of AE and AF lock options, which I discovered to be very useful. 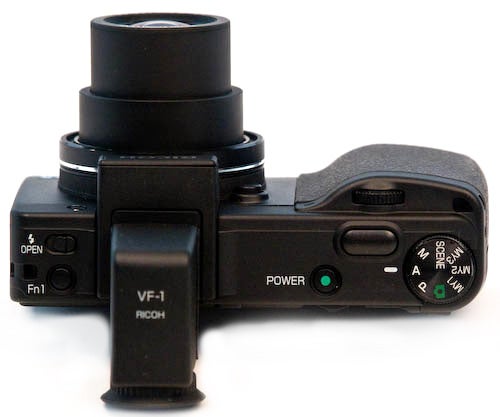 If you have the viewfinder kit, then you can switch between viewing images and menu on the EVF or monitor via a dedicated button. A separate display button adds EVF/monitor information such as a nine square grid, histogram, the electronic level and shooting information. The monitor itself knocks spots off most compacts and is a selling point in itself.


The menu system is easy to read with a yellow and white on black interface and clear typeface, and the various options and menus are clearly labelled. It can be a bit laborious though when switching through the menu pages – there’s three for the shooting menu and five for the set up menu.

The GX200 is a bit of a mixed bag when it comes to the images. At lower ISO settings in good light it can certainly produce the goods. Colour and tone are very pleasant and images have plenty of punch. Sharpness is good throughout the zoom range and there’s plenty of detail in the images.


From ISO 400 and over image noise spoils the pictures. ISO 400 is gritty but usable, but 800 and 1600 are frankly abysmal – amongst the worst I’ve seen. Chroma noise makes the images look like a Roy Liechtenstein painting. The noise reduction helps to improve JPEGs, but not much.


In terms of other problems, there’s a little bit of fringing in the corners of images – especially in high contrast conditions, such as objects against bright sky. At 24mm the lens struggles to keep barrel distortion under control, with obvious bowing, though in general you wouldn’t notice for most pictures. 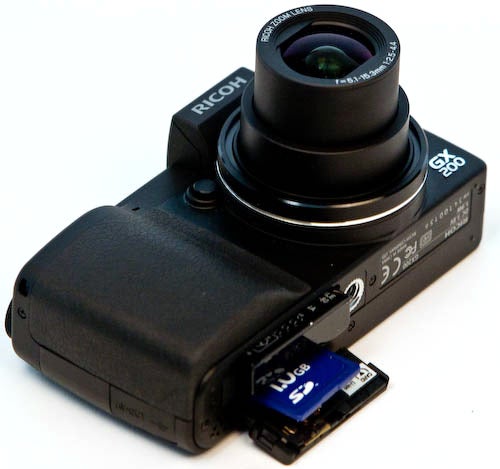 Another concern is the flash. Shooting at wide-angle, with flash on normal and subjects at around one or two meters away (standard for most people) the flash was overpowering. Reducing flash power using the flash compensation, and even knocking back the exposure by a stop helps, but it is hit and miss.


One thing I particularly like is the square format, particularly when combined with the black and white mode. The camera does a very good job of b/w conversions, and has image setting controls to modify it further.

Ricoh has tried to make a camera for the enthusiast photographer, a camera that the pro or enthusiast could slip into his pocket for a day and make sure he can still get a great shot. Design-wise, the company has pulled it off. The tough little camera is a beauty to hold and a joy to use, and I couldn’t wait to see the pictures. It’s the imaging aspect that’s a disappointment though, and really lets the camera and Ricoh’s ambitions down. The 12MP sensor and processing combination is frankly poor.


In fact I question the wisdom of such densely populated sensors on compact cameras. The small pixels are bound to produce more noise and processing will only get you so far.


Ultimately, the camera works well at lower ISOs and does have some fantastic features, such as the best EVF and monitor yet in a compact, the b/w conversion and square format are fun and the accessories available add up to a nice little system. It’s just not as good as it should be, 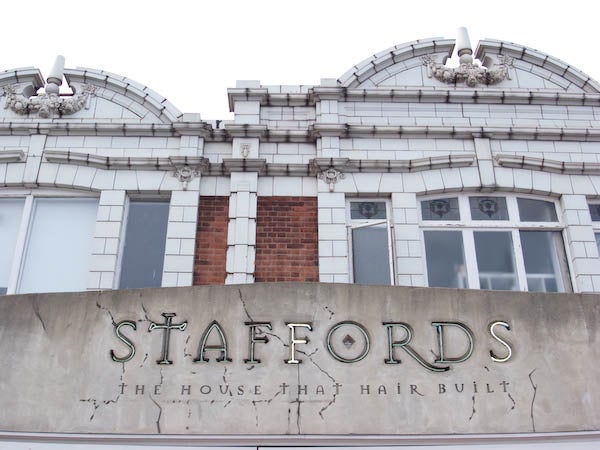 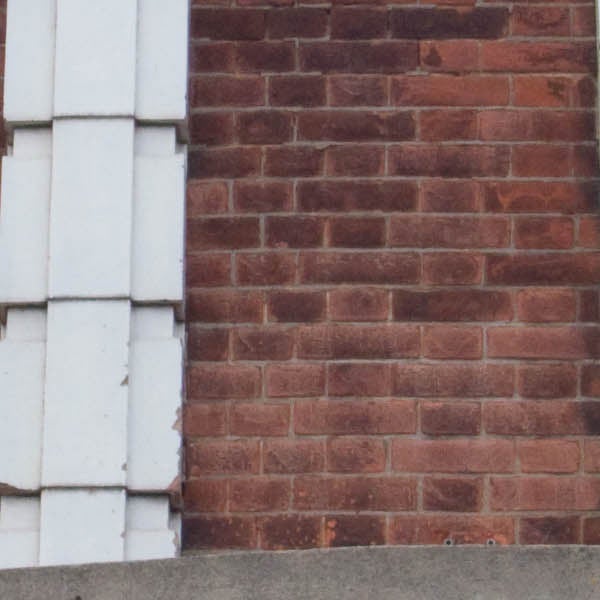 ISO 100 Noise is well maintained and image tonality is smooth 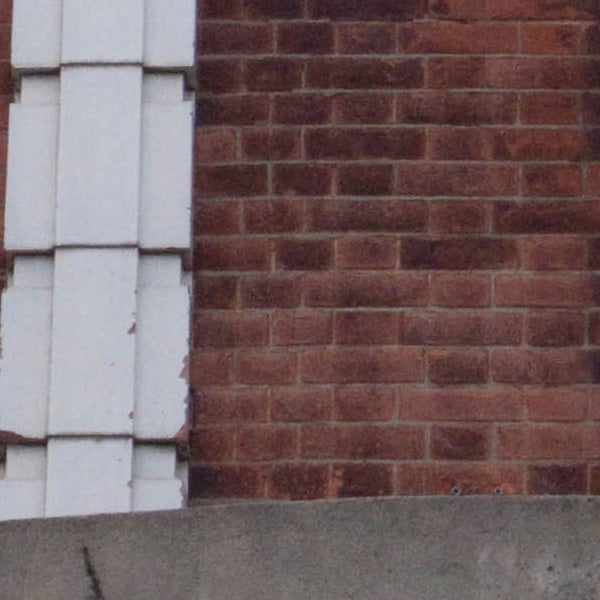 ISO 200 The camera continues to give a good performance 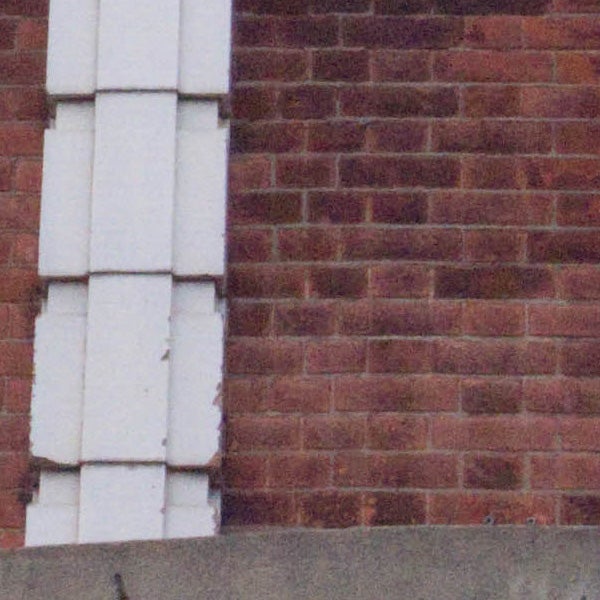 ISO 400 The detail is starting to look a little gritty. I wouldn’t recommend shooting any higher 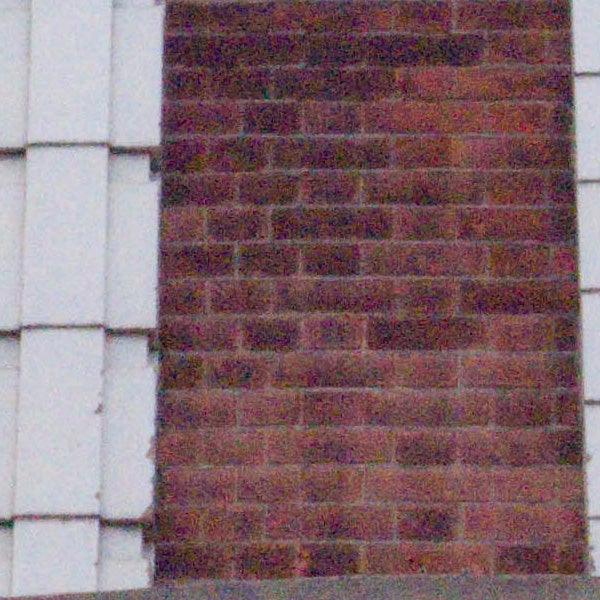 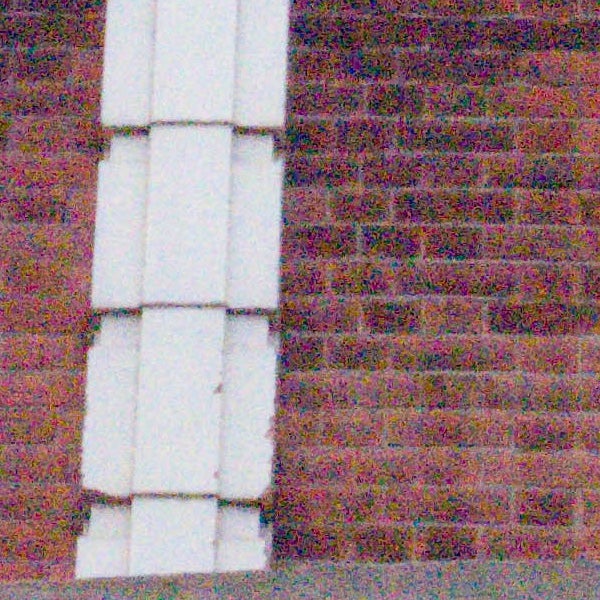 ISO 1600 This is just horrible 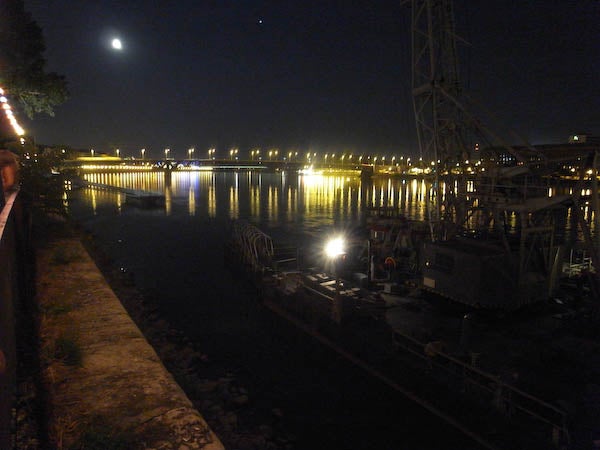 The Image Stabilisation is pretty effective. This was taken at 1/6 sec 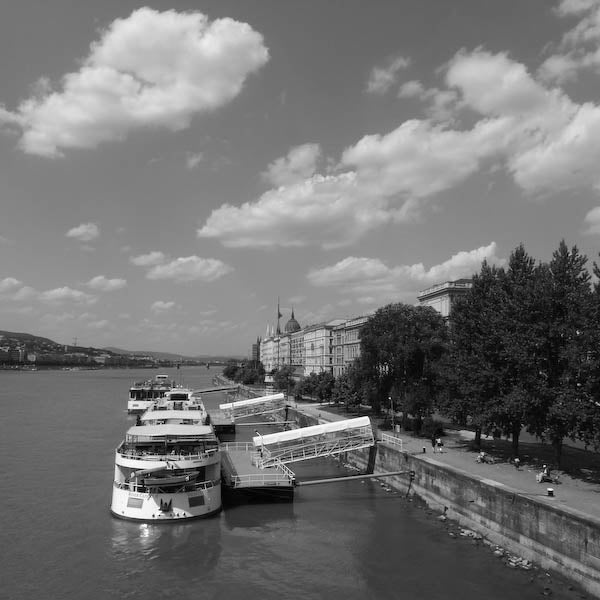 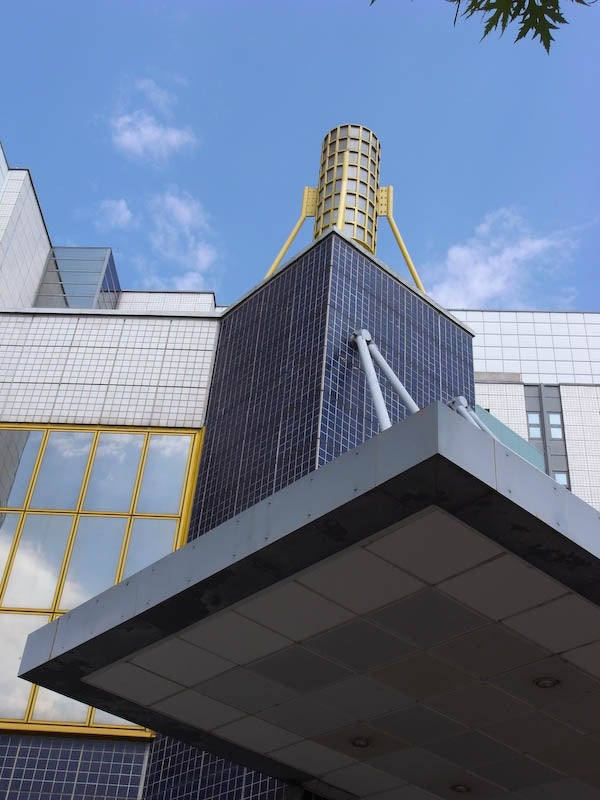 Colour is reproduced well and has plenty of sparkle 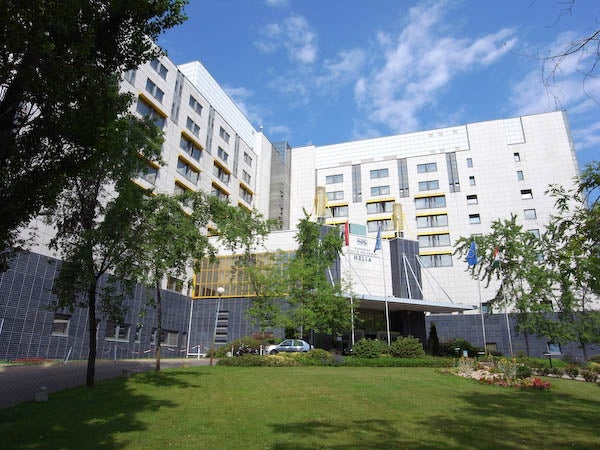 The GX200 does a good job with exposure most of the time, though I had one or two failures 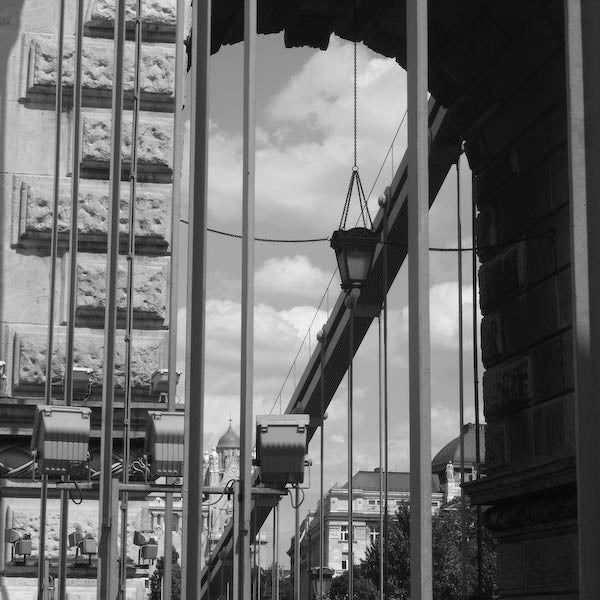 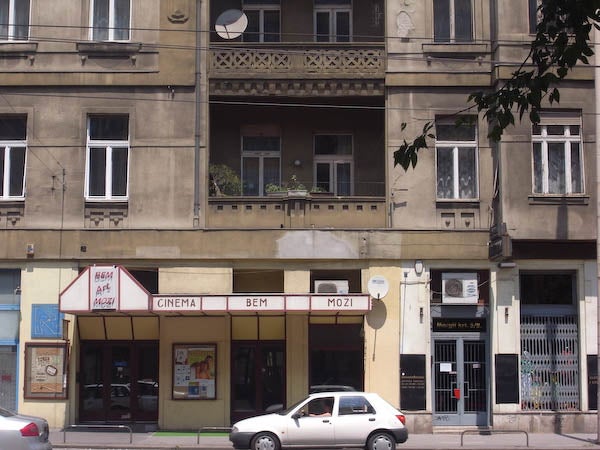