Ricoh is a strange company. Its main business is its extensive but rather pedestrian range of white-cabinet office machinery, such as copiers, fax machines and printers. Another department manufactures specialist microchips for industrial applications, which while no doubt important is hardly exciting for most of us. Meanwhile its digital camera division has, for over a decade, managed to produce some of the most creatively ingenious digital cameras ever seen, often leading the market, and even opening new niches which other manufacturers have exploited. Ricoh’s range of cameras has never been extensive, but models like the GD Digital, GR Digital II, R7, R8 and this year’s R10 have established a well-deserved reputation for quality, performance, value and innovation. Ricoh was the first to introduce the wide-zoom compact, and now with the new CX1 it has taken that innovation one step further. 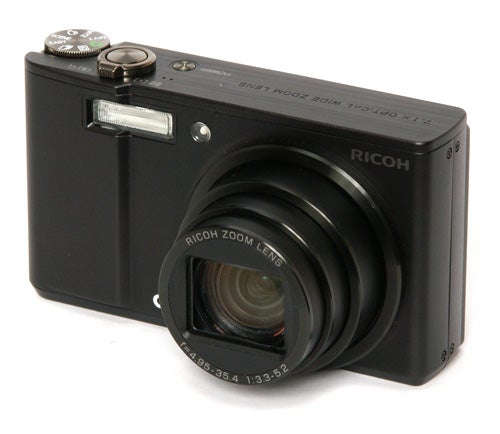 Outwardly the CX1 looks very similar to the excellent Ricoh R10, which I reviewed back in February. It has a strong aluminium body with the same uncompromising box-like shape, and the controls on the top plate are identical. It has the same 7.1x zoom 28-200mm-equivalent lens, and while the shape and layout of the rear panel has been tweaked to accommodate the larger LCD monitor it still has the joystick menu navigation control. However the CX1 is far from being just an update of the earlier model. The new camera features a 9.29-megapixel high-speed CMOS sensor and Ricoh’s Smooth Imaging Engine IV processor, which give it some unique capabilities. 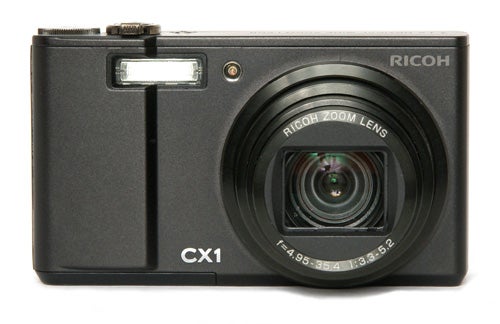 Dynamic range has always been a problem for digital cameras, especially those with very small over-powered sensors. Many recent cameras have attempted to compensate for this with contrast-balancing functions, but mostly these just adjust the tone curve of the image to boost shadow detail. Ricoh however has come up with a better solution. Using the high-speed capabilities of the new CMOS sensor the CX1 can take two pictures at different exposures in rapid succession, and then combine them internally to produce a single image with much greater dynamic range. It’s similar to the Photoshop technique of HDR imaging, but the camera does it internally and automatically in an instant. The resulting images have plenty of shadow detail but avoid the burned-out highlights that plague many other compact cameras.

The shape and style of the CX-1 won’t be to everyone’s liking. It may be available in silver and metallic pink as well as the matt black shown here, but there’s no disguising the rigid linear design. It’s not the most organic shape in the world, but it is surprisingly comfortable to hold, and the repositioned controls leave plenty of room to grip the camera securely.


Ricoh’s camera control interface is simple but versatile. Main shooting options are controlled by a small four-item customisable quick-menu, activated by pressing the joystick. Options such as white balance, ISO setting, exposure compensation, focus mode, metering mode and others can be assigned to this menu for quick access. 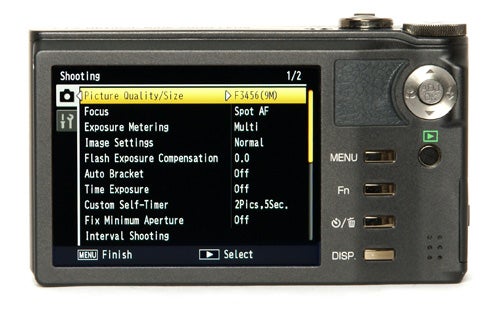 Other options are accessed via the superb main menu. The CX1 has a big three-inch monitor with an ultra-sharp resolution of 920,000 dots, four times the resolution of most other camera monitors, and the menu has been designed to take advantage of this extra sharpness. The lettering is small, but extremely sharp and clear, which is just as well because the list of options is a long one and contains some unusual entries.


The CX1’s list of unusual features isn’t limited to Expanded Dynamic Range setting. The CMOS sensor also gives it a high-speed shooting capability similar to the Casio EX-FC100 which I reviewed in April. It can shoot stills at between 15 and 120fps, pre-recording up to two seconds, but only at a limited resolution, ranging from 2.0MP to VGA. As with the Casio it’s hard to think of a useful application for this function, but it’s an impressive technological feat. Just as impressive and far more useful is the 4fps full-resolution continuous shooting mode. 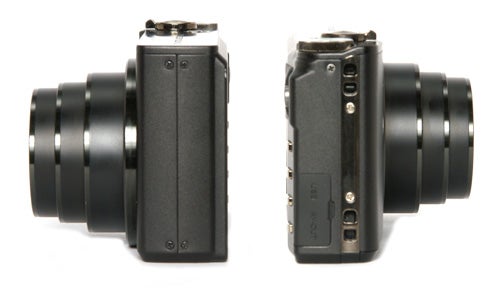 The innovation doesn’t end there either. The CX1 also features multi-pattern auto white balance, which can set white balance differently for different areas of the image, which is useful if your image is lit by a mixture of different light sources. Also potentially useful is focus bracketing, which automatically takes a series of five shots, adjusting the focus between shots. With the camera on a tripod this function could be combined with Photoshop’s Auto Blend feature to produce some interesting results. Other minor but still rather nifty features include colour and white balance bracketing, and a neat little electronic spirit level on the monitor display that works in both landscape and portrait formats.


The only slight disapointment is the video mode. When most other manufacturers are moving in the direction of HD video recording and advanced audio options, the CX1 has to make do with 640 x 480 resolution at 30frames per second, with only digital zoom. I suppose they had to leave something to put in the next model.

Ricoh cameras usually have very good performance, and with its high-speed components the CX1 is even faster than usual. It starts up in a little under two seconds, and shuts down again just as quickly. In single-shot mode it can take a picture every 1.3 seconds, which is as fast as any top-end compact on the market. I’ve already mentioned the 4fps continuous shooting mode, which needless to say is also exceptionally fast. The mechanical noise of the zoom and focusing mechanisms which was a negative feature of several previous Ricoh models has been greatly reduced. 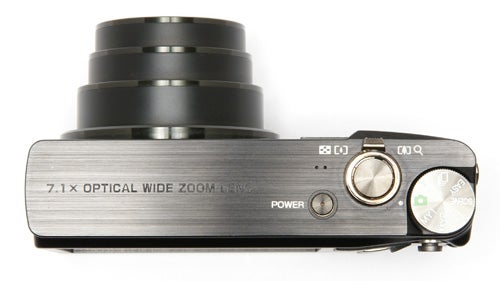 The autofocus system is very good, focusing quickly and accurately in all lighting conditions. The CX1 has a very good AF assist lamp with a range of several meters, so it will focus properly in total darkness. The built-in flash is also good, with excellent frame coverage and good close-range metering. The recharge time from an average flash is about five seconds.


Image quality, and especially high-ISO noise, has been a major problem for many previous Ricoh cameras, notably the R10. I remarked in my review of that camera that a new sensor was needed, and I’ll sit here looking smug because the image quality of the CX1, with its new CMOS chip, is a vast improvement over the previous model. The lens takes some of the credit, producing excellent corner-to-corner sharpness, with no distortion at any focal length and only a tiny hint of chromatic aberration in the corners of the frame at wide angle, but it is the sensor and image processor that deserve the accolades. The overall level of detail is superb, and colour rendition is pretty much perfect. The expanded dynamic range feature works extremely well, producing good shadow and highlight detail even in difficult high-contrast shots. 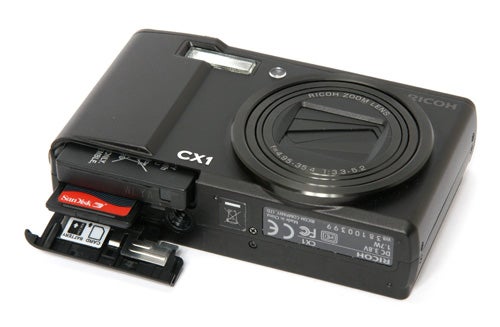 Image noise is handled extremely well, with negligible visible noise at 80-200 ISO, and acceptable image quality at 400 ISO. From 800 ISO upwards noise reduction becomes more noticeable, but the effect is actually oddly pleasant, almost impressionistic, and overall colour fidelity is reasonably good even at 1600 ISO, although a lot of fine detail is lost.

The Ricoh CX1 is a very accomplished camera from one of the veteran names in the industry. It combines excellent build quality, a versatile specification, class-leading performance and superb image quality with a range of innovative features and easy-to-use handling, all for a very reasonable price, and even includes a two-year warranty. It’s impossible not to be impressed. 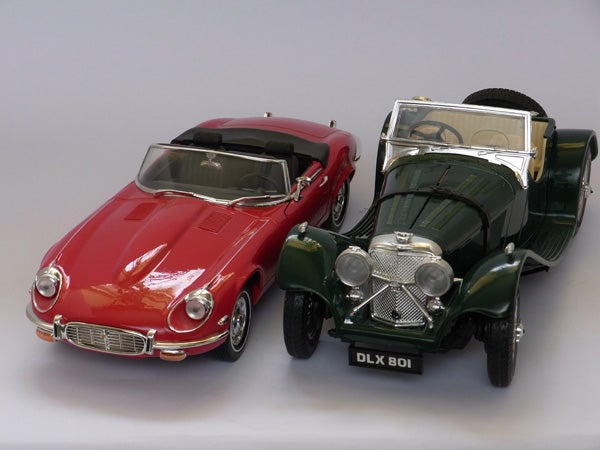 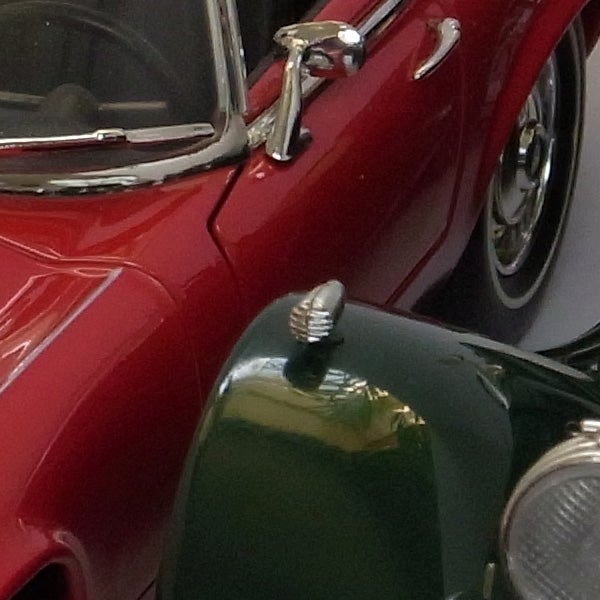 At 80 ISO the image quality is excellent, with smooth colour rendition and lots of detail. 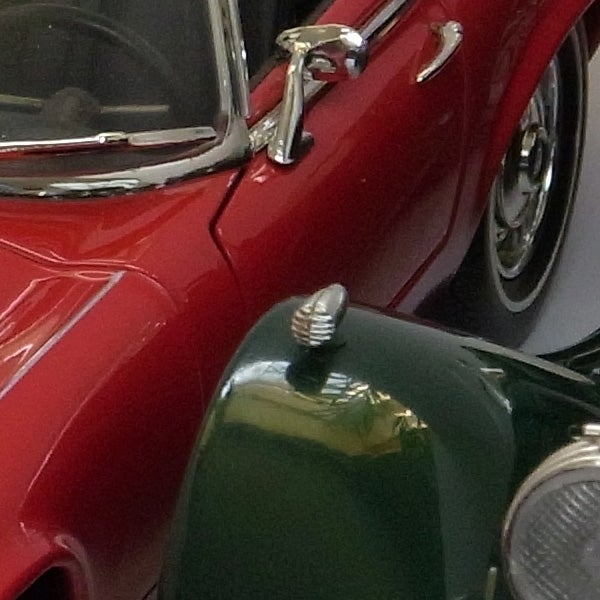 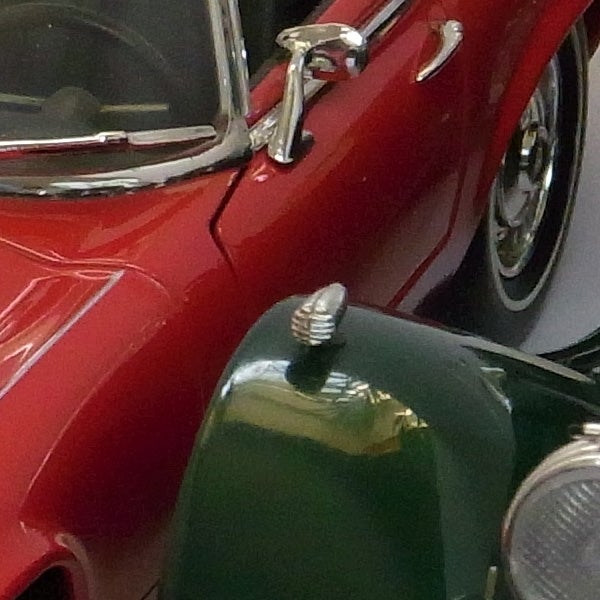 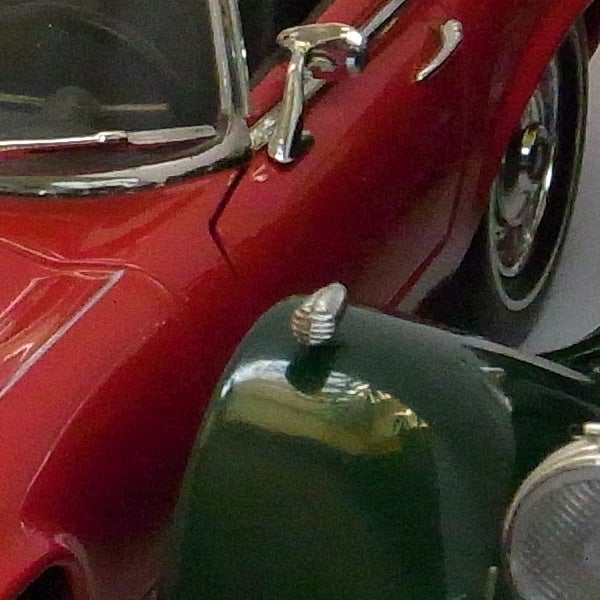 There are signs of noise reduction at 400 ISO, with some loss of fine detail. 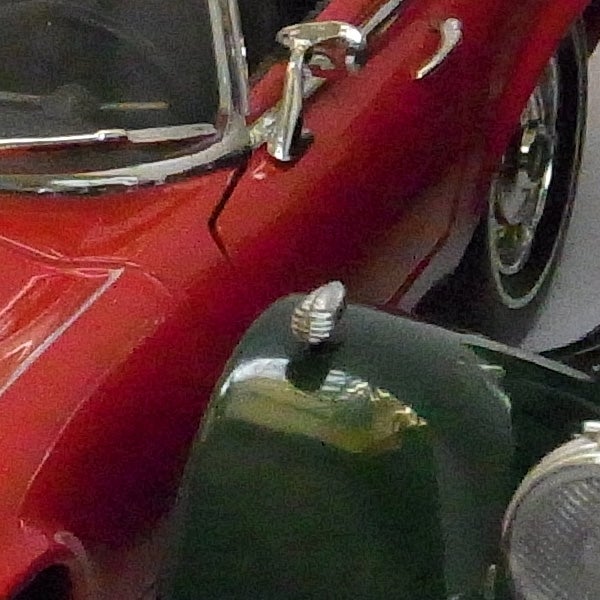 At 800 ISO the noise reduction effects take on an almost impressionistic look. 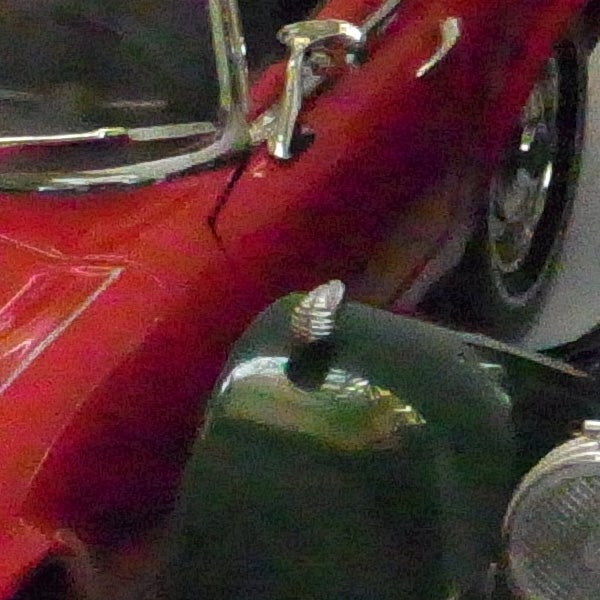 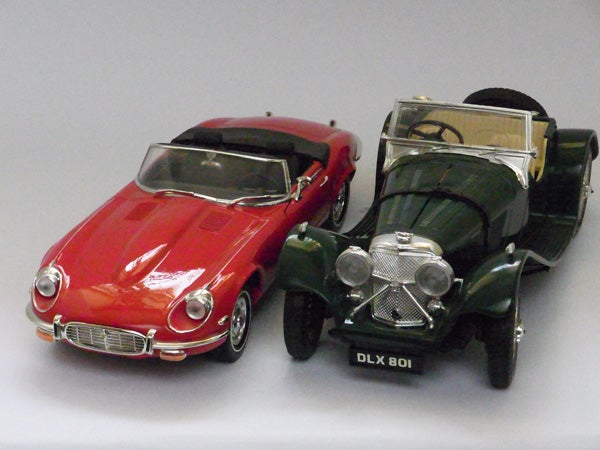 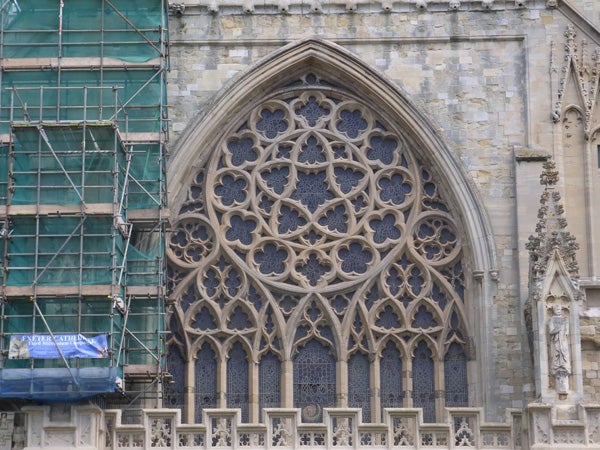 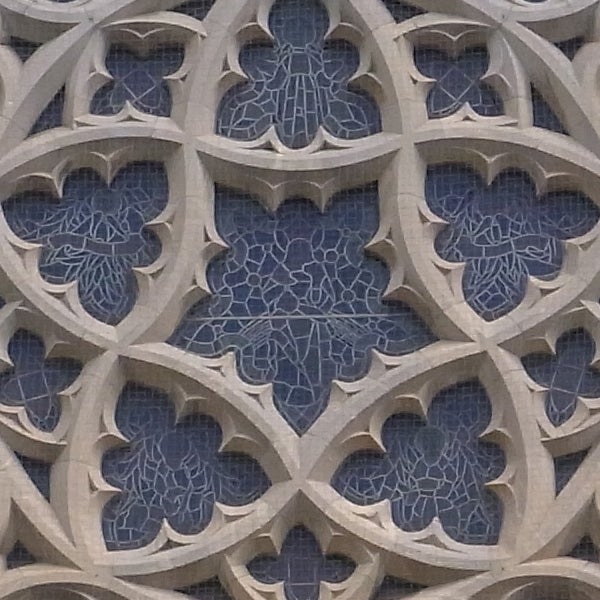 The lens and sensor work well together, producing lots of fine sharp detail. 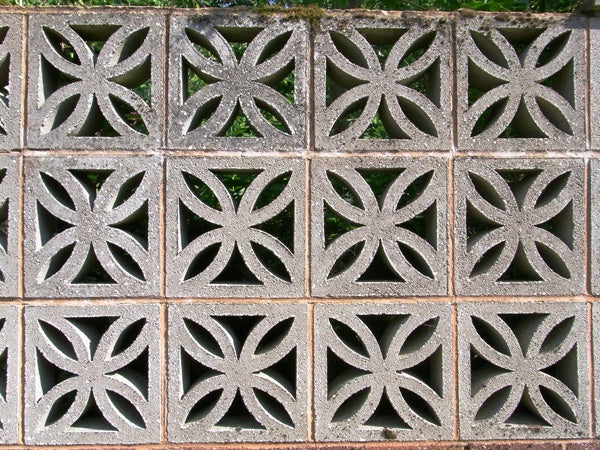 The lens produces almost no barrle distortion at wide angle. 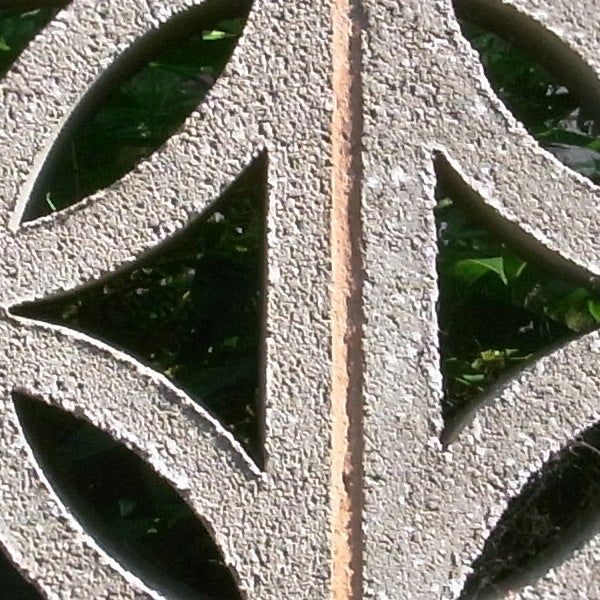 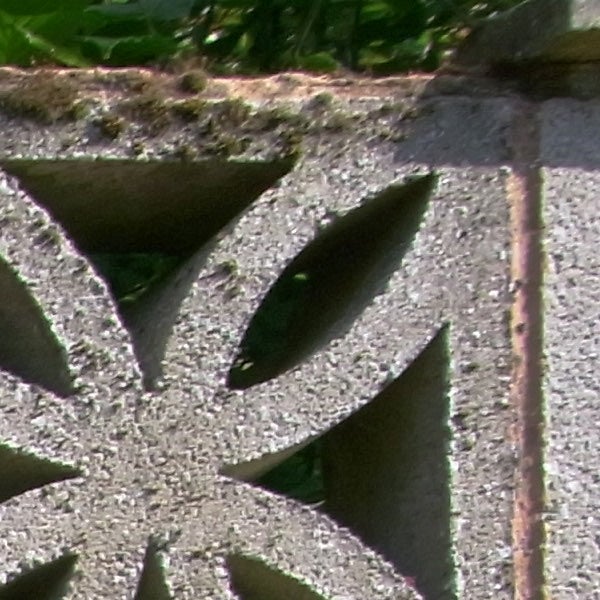 Very good corner sharpness, although there is a tiny hint of chromatic aberration. 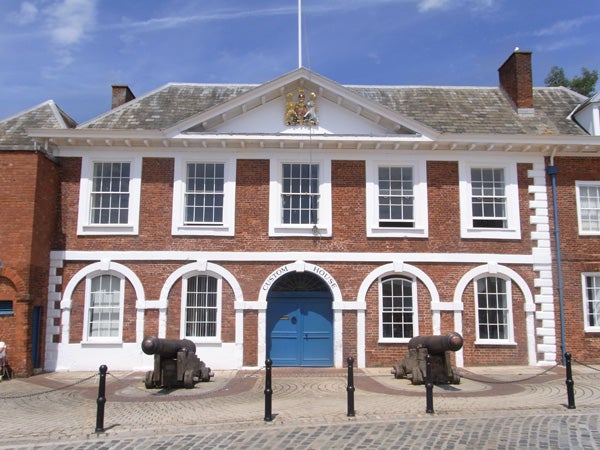 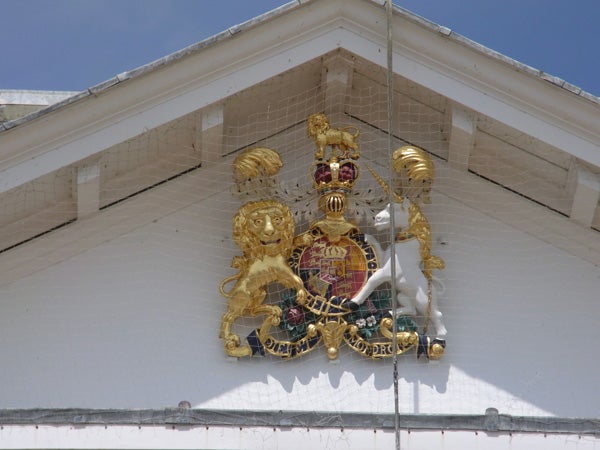 The telephoto end is equivalent to 200mm, a good medium telephoto. 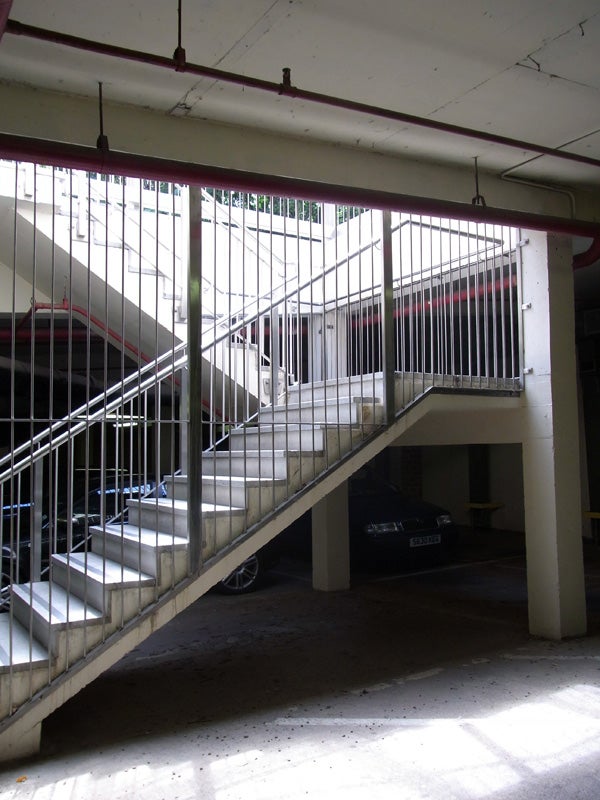 With the Extended Dynamic Range feature turned off the highlights have been burned out. 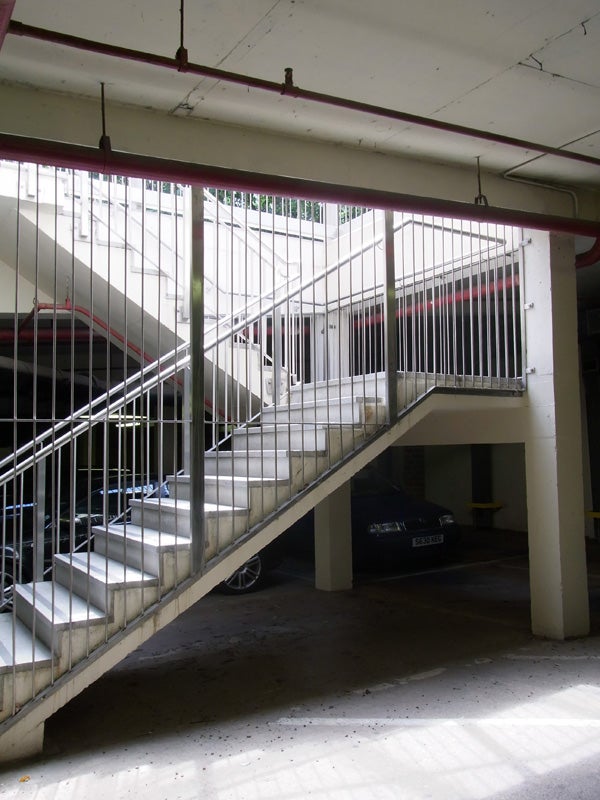 With the Extended Dynamic Range feature on its medium setting, there is visible detail in the highlights and improved shadow detail. 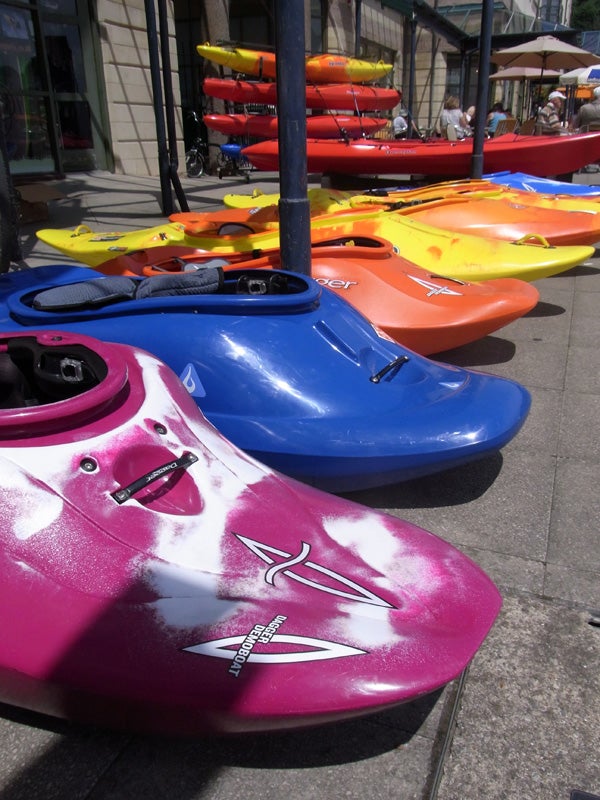