What is the Hyperkin RetroN 5?

If you’re a fan of retro gaming who favours authentic hardware and software over the various digital re-releases available on Sony, Microsoft and Nintendo’s consoles, you may already be aware of the burgeoning market for unofficial “clone” hardware – cheap and cheerful systems produced without the permission of the original platform makers that run a multitude of vintage cartridges.

The £120 Hyperkin RetroN 5 is the latest member of this exclusive club, and marks something of an evolution in the clone console concept. It’s the first system of its type to offer HD output and a selection of other features such as save states and image filters.

The list of formats supported by the RetroN 5 is impressive. It plays original NES, SNES, Mega Drive, Game Boy, Game Boy Color and Game Boy Advance cartridges, and also runs Famicom carts, which is the name the NES went by in Japan. If you have access to a Sega Power Base Converter, then you can run Master System titles on the system too.

The dazzling array of systems supported by the RetroN 5 is impressive, but the design of the console it perhaps a little more divisive. It’s fashioned out of cheap-looking plastic, and the glossy top panel feels flimsy and is prone to picking up marks and scuffs.

The RetroN 5 also has a large footprint, and takes up just as much room as a PS4 or Xbox One. If you already have one of those under your television set, it might be hard to squeeze this in.

Bundled with the system is a bespoke wireless pad that features a six-button arrangement, plus two shoulder buttons and a microswitched stick. The pad contains an internal rechargeable battery that can be connected to the RetronN 5 itself and topped up using the include cable. The pad also has a “Home” button which is essential for accessing the system’s user interface during play.

The pad itself is decent enough, but it’s far from perfect. The microswitched stick is a good idea on paper, but it feels flimsy and imprecise in practice – especially during particularly intense games. We would much rather have seen a standard D-pad, which would make the controller more authentic – all of the systems the RetroN 5 covers used flat pad designs rather than microswitched sticks. Thankfully, the RetroN 5 comes with six controller ports – two each for the Mega Drive, NES and SNES – and you can therefore use your original pads if the bundled one isn’t to your liking. 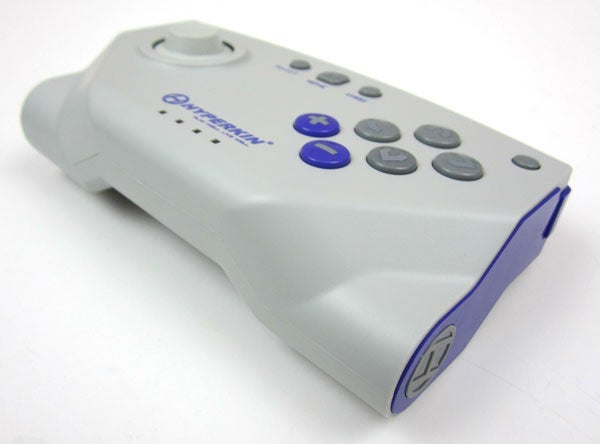 While previous clone systems have usually relied on composite AV or S-Video connections which provide predictably disappointing results on modern flat screen televisions, the RetroN 5 offers a true HD signal via HDMI. The console upscales the image to 720p and offers a standard of quality which simply wouldn’t have been possible on the original machines.

As far as overall performance goes, the RetroN 5 is practically faultless. All of the games we tested ran just as they did on their original host hardware, right down to the infamous sprite flicker that blighted so many 8 and 16-bit games. Some compatibility problems to seem to exist – one of the Famicom games we tested wouldn’t load at all – but every other title we threw at the RetroN 5 ran without a hitch.

We obviously weren’t in a position to test absolutely every single NES, SNES, Mega Drive and Game Boy game ever released, but we tried enough to ascertain that it’s a pretty solid system when it comes to running vintage games properly.

READ: More of our games coverage 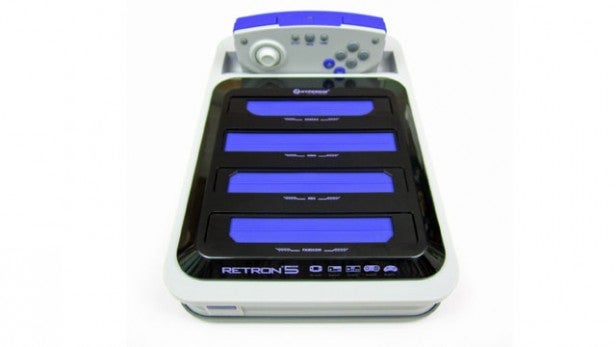 Another thing that sets the RetroN 5 apart from other clone systems is that it runs a version of Google’s Android operating system – albeit one that is heavily skinned. The system boots into the UI the moment you turn it on, and tapping the home button at any time during play pauses the current game and drops you back to the menu. From here you can tinker with various options, including image filters, sound enhancements and button mapping customisations.

The image filters are especially interesting as they allow you to subtly change the way games appear on your television. The majority of the options involve smoothing pixels, but the most interesting one overlays scanlines onto the picture to imitate the look of an old-fashioned Cathode Ray Tube TV set – just like the one you no doubt played your old games console on back in the early ’90s.

Controller button mapping means you can mix and match pads depending on your preference, so Nintendo fans can play Sega games with their SNES controllers, and vice versa. Save states allow you to create resume points in various games so you can return to them later – something that wasn’t possible on the original hardware unless a battery back-up was included, and even then you could only save at predetermined points.

Speaking of which, the RetroN 5 comes with the ability to import and export original save data to and from game carts, but on our review unit the process didn’t work – in fact, the console wiped the save data entirely.

Because the RetroN 5 boasts an SD card slot, it’s possible to upload cheat codes and upgrade the system’s firmware, when such an update becomes available. This latter point means that Hyperkin can improve the performance of the console and iron out any kinks, such as the aforementioned save wiping issue. 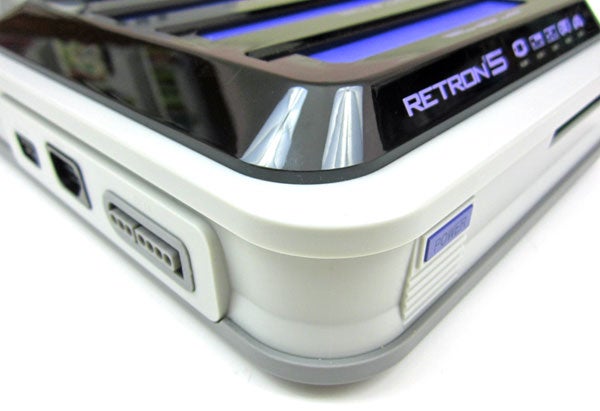 Should I buy the RetroN 5?

For a long time, unofficial clone systems have been a cheap a cheerful means of reviving your old retro libraries without having to track down original hardware, but aside from being able to play multiple formats on a single console, they’ve rarely offered any advantage. The RetroN 5 changes all of that by providing amazing HD visuals, save states, image filters and much more besides.

It’s not quite perfect, with the pad being a bit of a letdown and the much-hyped save import feature being all but broken, but for just over £100 [http://www.funstock.co.uk/retron-5], this console is a real steal for dedicated retro lovers.

If you have a large collection of classic software and you want to experience it in pin-sharp high definition on your massive flat screen telly, this is by far and away the best option.