Hands up everyone with a PS3 who is looking for a Gears of War/Halo beater.


Once again, a heavy burden rests on Insomniac’s shoulders. Pushed in to battle Gears of War at the PS3’s launch, the original Resistance: Fall of Man never had a chance. A kind of hybrid of Halo, Gears and Call of Duty, with a hint of the manic mass destruction of the developer’s much-loved Ratchet and Clank, it felt underpowered in comparison to the Xbox 360 flagship title. While Resistance has its fans among the hardcore PS3 flag wavers, I wasn’t one of them, and I wasn’t really looking forward to the follow up that much. Then Resistance 2 came through the post and – in a spare moment with only the vaguest sort of interest – I put it in my PS3 for a spin. Two levels later I was telling anyone who would listen that this was the year’s big dark horse. Around the same time the first reviews started coming through, and before you knew it Resistance 2 had gone from a minor sequel to being Sony’s biggest, brightest hope. 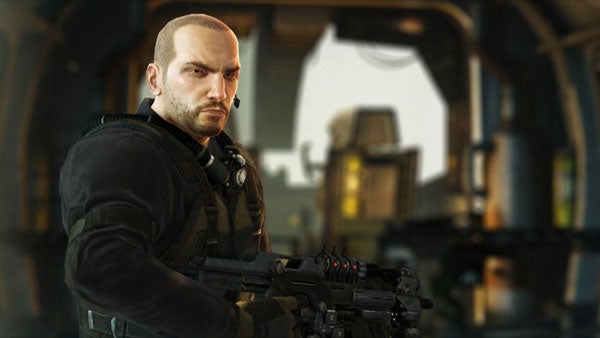 It is very good, and at it’s best simply great. If you found the original a drab, derivative, worryingly generic affair, then you’ll find the sequel virtually unrecognisable. This is the Insomniac who brought us Ratchet and Clank: Tools of Destruction putting all its technical expertise to bear on a big-scale FPS. The story follows on straight from the first game. The alien invasion of 1950s Britain has been dealt with, but now mainland America is under threat. The fate of the resistance rests on the head of Nathan Hales, a US soldier infected by a barely controlled alien virus that will slowly turn him into one of the enemy. On the plus side, this gives him superhuman powers of regeneration (giving the game a handy excuse to use a Call of Duty-style health recharge system). 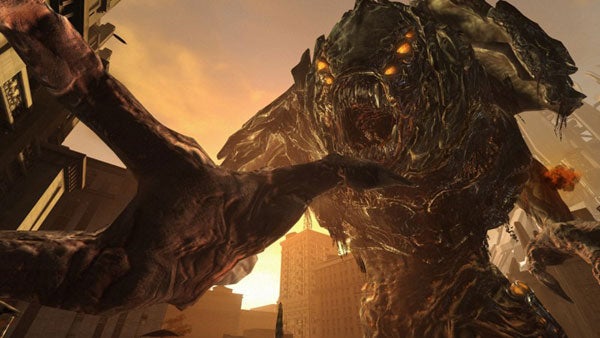 Comparisons to Gears of War 2 are inevitable, and Resistance 2 can’t always match Epic’s Unreal 3 showcase for gritty detail or post-processing effects, but in it own way Insomiac’s game is a triumph. There’s something really solid, lifelike and vibrant about the environments, something richer and warmer about the lighting. There are scenes here of dazzling spectacle to put Independence Day or War of the Worlds to shame, while there’s a personality in the modelling and rendering of the human cast that you won’t have seen in many FPS games outside of Half-Life 2. The aliens – known as the Chimera – are an altogether more impressive bunch this time around, with the different types and ranks achieving the sort of distinctive character and recognisability that the Covenant have in Halo 1 to 3. 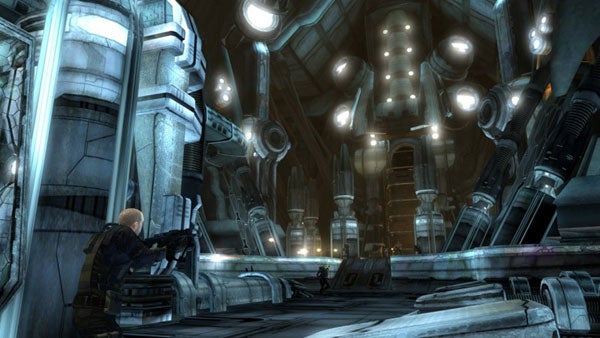 The water effects actually one-up Bioshock for realism. In a way you can see this as Insomniac’s attempt to do a sci-fi FPS in its own house style, appropriating the Pixar-quality surface and lighting techniques we’ve seen in Ratchet and Clank: Tools of Destruction and Quest for Booty and putting them to use in a more realistic action game. Where Resistance looked like a merge of all the games that it was aping, Resistance 2 is a game confident in its own distinct identity. 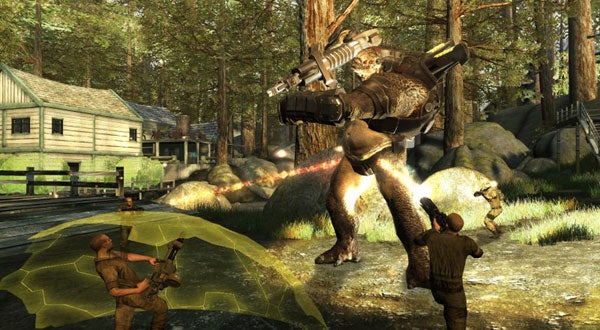 That identity still isn’t particularly original. It won’t take you long before you see elements of Halo, Gears of War and Call of Duty, while the way in which the game steers the narrative along can be very reminiscent of Half-Life 2. In fact, the way the game plays with its fifties America setting, using period styles and music, also makes you think of Bioshock at times. All the same, the blend of fifties style, recognisable locations and a gritty, modern take on alien invasion seems a lot more coherent this time around. Insomniac knows what it’s doing, and knows how to put not just big, but enormous action set-pieces together.


The majority of these are fantastic. The game begins with a big’un – an assault on an Icelandic base by a huge Chimera walker – and only goes up from there, throwing in some genuinely huge battle sequences, fleets of Chimera battle cruisers attacking San Francisco, some stressful sequences fighting cloaked, flesh-tearing monsters in the backwoods and zombie-like critters in a small mid-Western town, daring raids on Chimera spacecraft and all out war in the canyons of Utah. On top of this the game throws in some of the biggest and most impressive boss battles ever seen in an FPS, featuring a range of beasties that will make you feel very small and very vulnerable indeed. 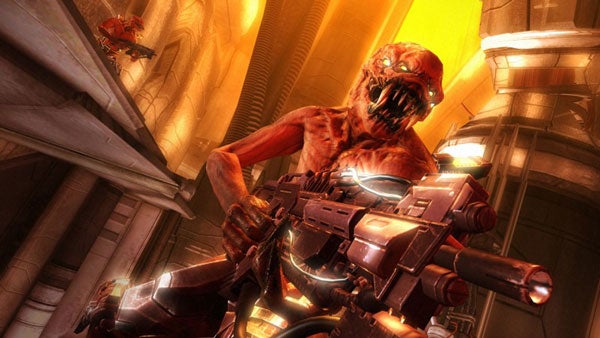 And in these high points Resistance 2 is the equal of any FPS you’ve played. It has Half-Life 2’s drama, the orchestrated action of {link:https://www.trustedreviews.com/gaming/review/2007/11/14/Call-of-Duty-4-Modern-Warfare/p1 Call of Duty 4 and the epic feel of Halo. On top of this the best feature of Resistance – it’s large and ingenious weapon set – is duplicated here, with a heap of guns, each boasting some clever secondary fire mode you can exploit, and each blasting the enemy to smithereens with colorful lashings of gore. If Halo is very much classic space opera then this is its B-movie shadow, splashing around blood, guts and monsters like there’s no tomorrow. The Chimera aren’t as convincingly intelligent as the Covenant hordes, but they put up a decent fight, and there are always – always – enough of them to give you a tough time. 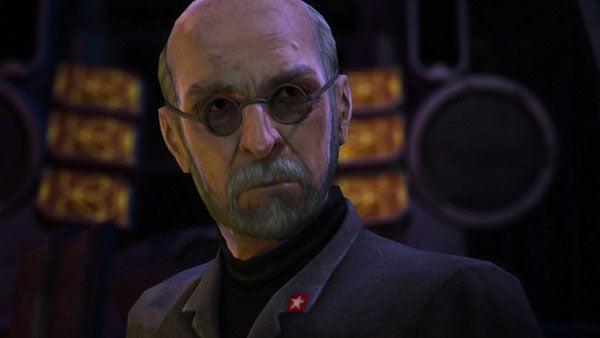 However, these high points don’t constitute the whole game, and there are still sections where you miss the consistently brilliant level design of a Valve or Infinity Ward (and before anyone mentions it, I don’t think any Halo game has been consistently brilliant, either). Some chunks of Resistance 2 still make you feel like Insomniac has run out of ideas and decided that filling a space up with loads of Chimera or three hulking great, rocket launching Titans is good enough to be getting on with. Some of these sections are boring, others difficult without being challenging in any interesting, tactical sort of way. When you finally succeed, it’s more a question of a series of flukes coming off than that you’ve found a way to gain some advantage and win through. And while the core combat is always entertaining, there aren’t many places where it’s as exhilarating or pulse-raising as it can be in the Gears of War games or Call of Duty 4. You’ll come away remembering the big set pieces, but not many of the bits that come between. 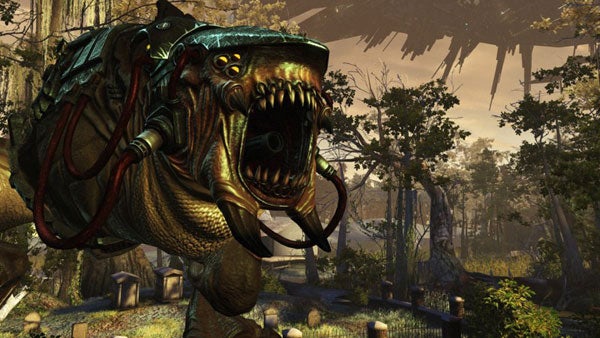 In other words, I still don’t think we have a Halo 3/Gears of War 2 beater here yet, but if you’re not taking part in the usual fanboy nonsense, who really cares? As a single player game Resistance 2 is easily the best exclusive FPS on PS3 and one of the five best of any kind on the system. What’s more, it arguably goes even further than its Microsoft rivals in terms of online play. For one thing, along with the usual competitive deathmatch and capture the flag modes, there are team modes allowing for a staggering 60 players (though these are cleverly split into several competing squads to keep things manageable). 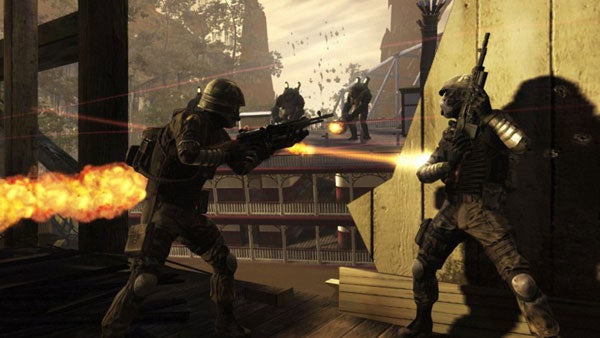 What’s more, Resistance 2 throws in the best co-op mode I’ve ever seen outside of Left 4 Dead, with eight players taking part in a dedicated, six-chapter campaign. In practice you tend to pop in and out of chapters rather than play them as one long story, but each has its own big moments and objectives, while a superb, stripped back class system ensures that everyone has a role to play. You’ve got your Soldiers providing the heavy firepower, your Medics keeping everyone fit for duty and your Special Forces providing tactical support and plentiful supplies of ammo, while the game makes it ridiculously easy to do your bit. Resistance 2 co-op is not as elegant or as tense an affair as Left 4 Dead, but it is a hugely entertaining burst of pure mayhem, with Chimera attacking from all sides, ridiculous numbers of bullets being spat out of preposterous weapons, and a nice experience system offering rewards in terms of additional weapons and options the more you play. Resistance 2 is not a short single-player game, anyway, but throw in the online modes and you’d have to be bananas not to buy it. 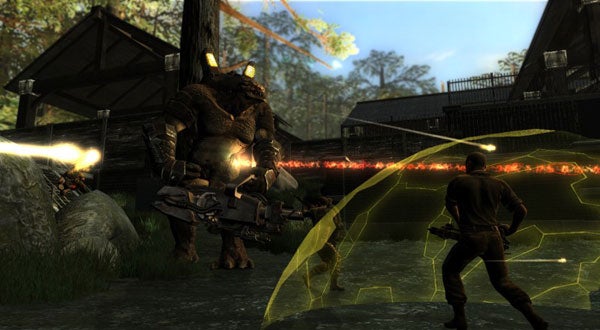 In the end, then, I’d take some of the bigger claims being made for Resistance 2 with a pinch of salt. It is one of the year’s best action games, but I wouldn’t say it was the absolute best by any means. That said, anyone over the age of 18 in possession of a PS3 and their full mental faculties has no excuse not to own it. It’s not quite a full-blooded masterpiece, but it’s a game that PS3 owners have every right to be proud of.


Curb some of your enthusiasm – Resistance 2 has a dozen great moments, but the action doesn’t always hit enough of the right notes to make it a true Gears/Halo beater. Throw in the superb online modes, however, and the PS3 has its first great exclusive FPS.