If asked to name companies specialising in gaming peripherals, there’s no doubt that Razer would be pretty high up the list, rivalled only by perhaps Steel Series and Logitech. Normally said peripherals would be in the form of either Keyboards or mice, but the serious gamer knows that a decent headset can also make a tangible difference to their gaming experience.


Of course, Razer wouldn’t want to make just any old headset, oh no, so instead the company has produced the Piranha Gaming Communicator – naming aside it is, oddly enough, just a set of headphones with a boom microphone attached. Still, the pretty sleek-looking packaging promises “true-to-life” audio quality and explains that the Piranha is “engineered for the most discerning of gamers” and purely in the interests of journalism, I donned my ‘discerning audiophile gamer’ cap and set to work. 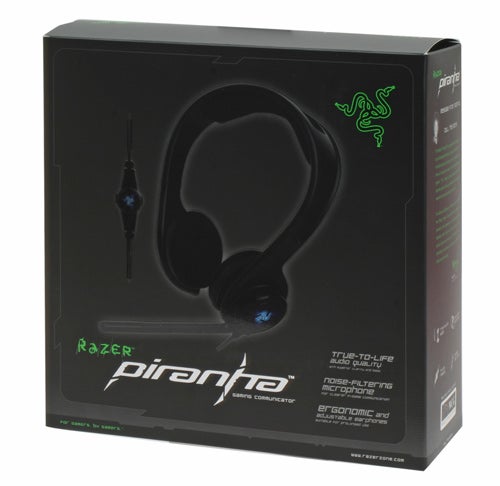 First things first, as stylish as the Piranha’s packaging looks, getting the ‘Gaming Communicator’ out of it is a less than simple affair. It’s a small gripe, but is there really any need to wrap the cable around the moulded-plastic tray the headset sits in? Surely just coiling the wires up in a recess would be simper and, possibly, cheaper for Razer. Further to that, having pulled the Piranhas from their cardboard and polyethylene womb, the initial impression left isn’t perhaps what you might expect.


While the headset certainly doesn’t look cheap, neither does it exude the air of quality you might hope for a Razer product that usually leave little to be desired on a design front. Adding to, or detracting from, the overall look depending on your preference, the Piranhas also sport a pair of glowing blue logos on the sides and on the in-line volume wheel. These are powered over USB and, indeed, are the only use of that connector on the headset. While I can’t say I dislike their addition, I don’t think these lights add anything and if you’re short on USB ports it’s just another cable adding to the inevitable clutter behind your machine. 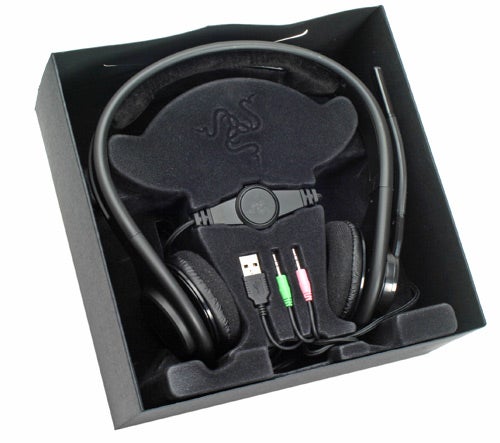 Of course, all a headset has to do it sit on your head and I think I’m in the norm of people who don’t regularly pause their games to go check their look in a hand mirror so while the aesthetics are a consideration, they’re not the main one when it comes to evaluating a set of headphones. Unfortunately for the Piranhas, comfort is a pressing issue, a phrase I use with some irony because that is exactly what the headset did to my head. After a short while of use the steady push of the headset becomes rather uncomfortable and while taking them off for a couple of minutes resolves the problem, it’s not an ideal solution.


Further to that, I also found that the headset was just a bit too small for me, so that the padding on the headband that’s designed to rest on the top of the head, actually sat around half a centimetre off it. Passing them around, various other people in the office also commented that the Piranhas were fairly uncomfortable. After a couple of days I did actually find that the Piranhas became much more usable and no longer caused any physical discomfort, which suggests it may just be a case of getting used to the greater pressure on my ears than found with the Sennheisers I was previously using. Obviously comfort is a very subjective issue anyway, and your mileage may vary, so as we always recommend with such products, if possible, try before you buy.

When it comes to actually using the headset, though, Razer does manage to pull things around in its favour. As the Piranhas are, of course, a Gaming Communicator I felt it only fair to test them out in a wide variety of games – it’s a hard life being a Journalist. Being the old-school fellow I am (it isn’t a real FPS if you don’t move faster with the knife) I first jumped into a quick few rounds of Counter-Strike and was pleasantly surprised at the sound quality afforded by the Razer Piranhas. The quality of the voice communication was as good as can be expected. One small annoyance is that while there is a mute switch on the in-line control, in practice it is far too flimsy and as the volume wheel is on the opposite side to it, easily activated by mistake. 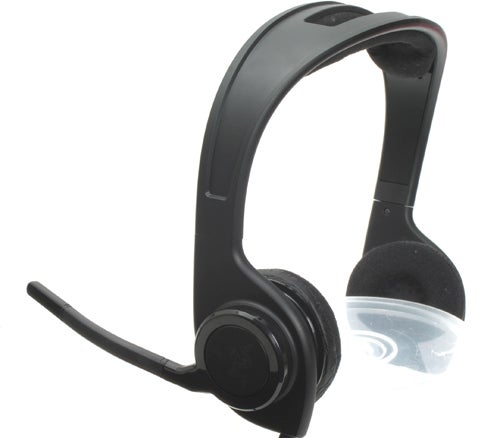 In terms of in-game audio, there were no disappointments either, with gunfire rattling as realistically as appropriate and grenade explosions packing a decent resounding bass level that many cheaper headphones sometimes struggle to achieve. Moving across to Day of Defeat: Source things were no less pleasant, and a quick blast of both Team Fortress 2 and Unreal Tournament 3 also proved an immersive experience.


Of course, contrary to popular belief, many gamers also have a life outside of their virtual ones and thus as good as a gaming headset has to be in games, any prospective buyer will want decent all-round performance as well. To that effect I fired up my preferred music player and got testing. Working through a decent range of genres the Piranhas made a good show for themselves. One area the Piranhas really shine in is volume, going to levels likely to cause complaints from the neighbours without causing any distortion – except to my ear drums. 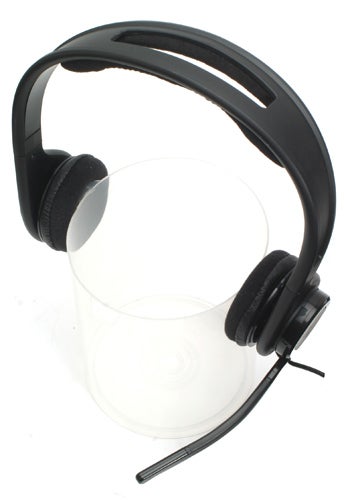 As in games, bass response was good without becoming overpowering while more acoustic fodder was reproduced with admirable quality. Overall, while the quality wasn’t breathtakingly good, especially compared to the Shure SE420 earphones I usually listen to my music on, it was nonetheless easily as good as can be expected for the money.


Assuming the comfort problems detailed aren’t an issue, it’s safe to say that the Piranhas would make a more than acceptable set of headphones to use every day, based on their sound quality. The padding on the earpieces themselves provides a reasonable level of noise isolation too, so if you are using the set in a noisy LAN environment you shouldn’t have any trouble keeping your attention on your game where it belongs.


Gaming peripherals are always difficult to evaluate because you always get the faint impression that the very fact they’re designed for gamers is supposed to excuse them faults that on a normal product would be considered near-unforgivable. Luckily for Razer, it has managed to avoid almost all of these and if you do find the Piranhas comfortable to use and like the styling then you could do worse for the money.