QNAP has traditionally focused on home and SOHO users but its latest TS-409 Turbo NAS appliances move its aim further up into the SMB sphere. There are two members of this new family and on review we have the base TS-409 Turbo NAS. To be honest the differences between this and the Pro version are minimal as the latter only adds support for NFS for Linux clients and AD authentication.


The appliance supports stripes, mirrors, RAID-5, hot-standby and hot-swap and along with these you now get RAID-6 as well, although this will be a costly option for a four-drive appliance. Designed to provide dual-drive redundancy, RAID-6 arrays require a minimum of four drives to function and can survive the loss of two. The drawback is it’ll set you back to the tune of fifty per cent of raw capacity. 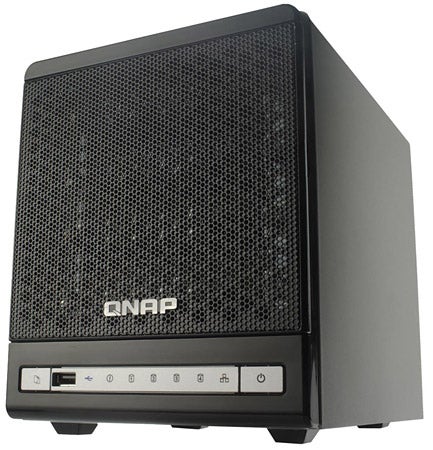 Of more use are the capacity expansion and RAID migration features. The former is very similar to that offered by Netgear’s tasty ReadyNAS NV+ and allows you to add more drives and upgrade on the fly to larger drives. All you do is swap each one out with a new drive and let the appliance rebuild the array each time. The latter feature allows you to migrate from single drive to a mirror and then on to RAID-5 or -6 as required with no downtime incurred.


Fitting hard disks is a simple affair. Just pull out the relevant hot-swap carriers, secure your drives with the supplied screws and slip them back into place. The bundled Finder software hunts down the appliance on the network and, with new drives loaded, will run through an automated process which sets up network parameters, initialises the hard disks as the chosen array and downloads the firmware. For testing we slotted in a pair of 150GB Western Digital Raptor 1500ADFD drives which we configured as a RAID-1 mirror.


The tidy web interface is common across all QNAP appliances and provides easy access to the myriad features. We kicked off with a RAID migration test and added a third Raptor drive. Using the RAID migration option you select the new drive, pick the array type you want to move up to and leave the appliance to get on with it. Migrating from a RAID-1 mirror to a RAID-5 array took 90 minutes to complete although obviously this will take a lot longer if you’re using the latest high-capacity drives.

General performance proved to be good. Copies of a 690MB video file across Gigabit Ethernet between the appliance and a Boston Supermicro 3.2GHz Pentium D workstation delivered respective read and write rates of 27.6MB/sec and 15MB/sec. FTP speeds are pretty good too with the FileZilla utility reporting read and write rates of 43MB/sec and 10.3MB/sec. We also tried a larger 2.53GB video clip and saw similar sustained speeds of 45.5MB/sec and 14MB/sec respectively. The appliance also supports encrypted FTP transmissions over SSL/TLS, but use it with caution, as when enabled on the appliance and client, we saw read and write speeds tumble to 1.6MB/sec and 2.2MB/sec.


Share security for the TS-409 extends to a local user and group database where you set individual read, write and guest access privileges and allow each user to have a private shared area. Shares are swiftly created and you can control usage by setting a global quota limit and individual quotas for each user. The IP Filter adds an extra security dimension as this can be used to create black or white address lists for specific systems as opposed to users. 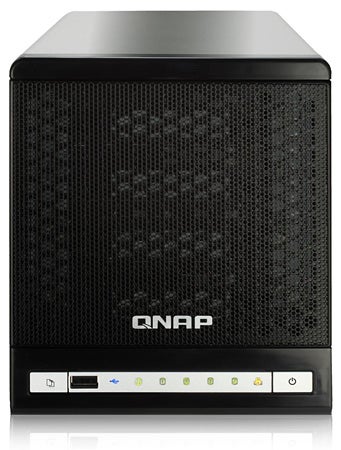 Multimedia is high on QNAP’s agenda as the appliance incorporates a TwonkyMedia UPnP media server which can be configured from the web interface. Naturally, you get the ubiquitous iTunes server where you import music into a default folder which is then made available to iTunes client systems. The Multimedia Station lets you store and view photographs and the browser interface shows thumbnails for selection and offers a slideshow option. An unusual feature is support for PHP4 and the integral SQLite server enabling the appliance to act as a complete web server.


The Download Station is a feature popping up in quite a few desktop appliances and QNAP’s version can be used to retrieve remote files using BitTorrent, HTTP and FTP. Users access this with the bundled QGET utility where they can create new download tasks, pause running ones and view completed tasks, although the lack of scheduling tools does limit its usefulness. Backup is a cut above the rest as remote replication copies a source folder to a remote QNAP appliance – determined by a daily, weekly or monthly schedule – encrypts and compresses the data and can run incremental copies once a full backup has been taken. The NetBak Replicator tool offers basic workstation backup facilities and the left-hand button on the front of the appliance initiates a copy of all data from a USB storage device plugged into the port next to it.


Our favourite NAS appliance is still Netgear’s diminutive ReadyNAS NV+ but QNAP’s new TS-409 Turbo NAS puts up a strong argument in its favour as it offers equally good performance and an impressive range of features for the price. 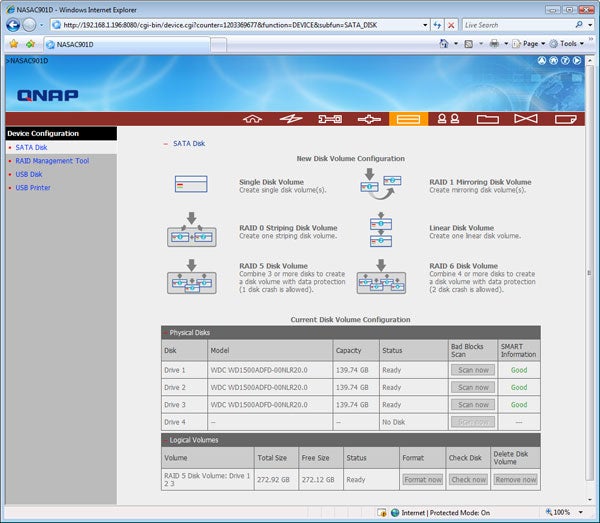 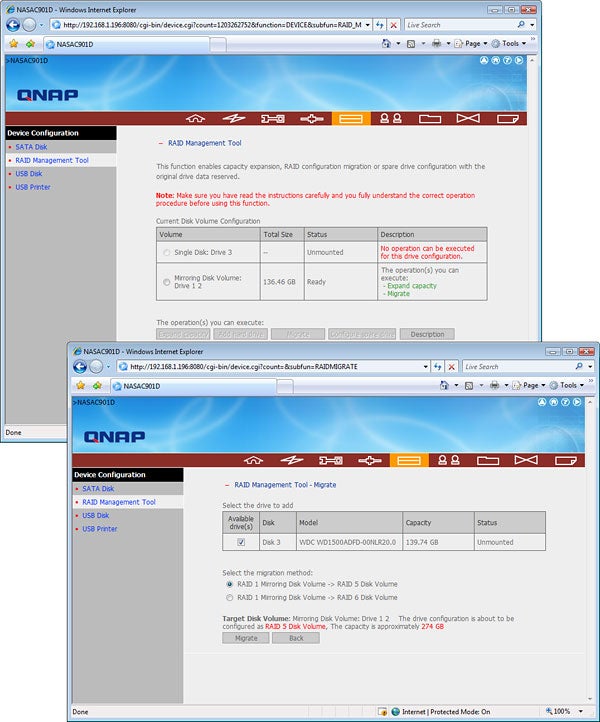 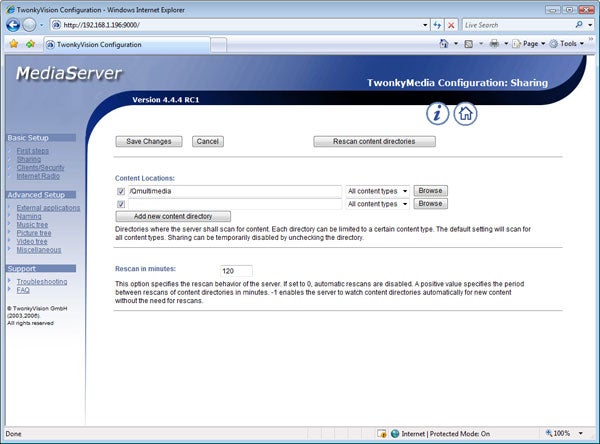 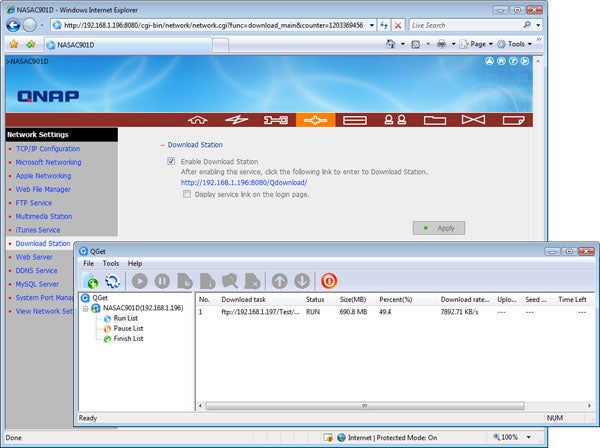