The Alpha P3 presents poise and agility that isn't a given at this price. For those looking for a compact bookshelf speaker, it's worthy of consideration.

The PSB Alpha P3 is a two-way loudspeaker that forms part of its updated Alpha range. Versatile in the sense that it can be connected to either a stereo or home theatre system, it’s an affordable speaker with a small footprint.

Canadian loudspeaker specialist PSB had already been hard at it for nearly two decades when it launched its original Alpha series of speakers in 1991. Having spent most of the time since then concentrating on rather more esoteric fare, PSB used CES 2019 to announce a return to the loudspeaker mainstream with a revitalised Alpha range.

There’s no shortage of speaker brands out there trying to encourage you to part with couple of hundred quid in exchange for some compact speakers – but what worked three decades ago isn’t necessarily going to work in today’s cut-throat marketplace. So do the diminutive Alpha P3s have what it takes?

Virtually every loudspeaker brand has a speaker or two in its range that it optimistically describes as a “bookshelf” unit. Leaving aside the wisdom of putting your speakers on a shelf for a moment, it’s safe to say that the majority of said speakers would require an unpleasantly large shelf on which to sit. 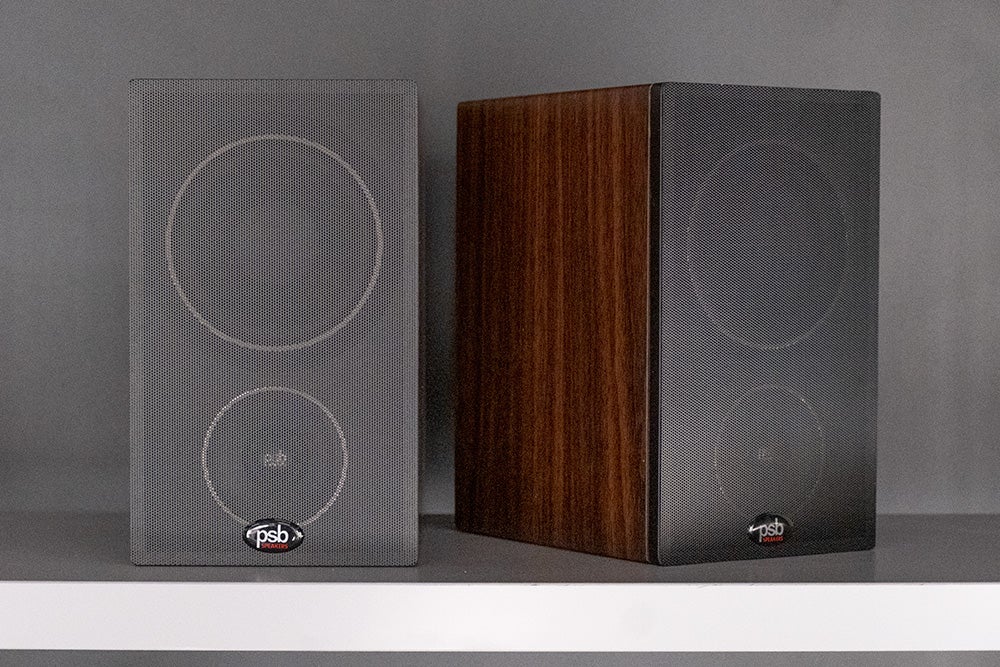 The PSB Alpha P3 are different. For once, here’s a bookshelf speaker that’s compact enough to actually fit comfortably on a shelf. At H22 x W13 x D17cm, they’re about as small as a speaker can be while still retaining sufficient room for drivers of worthwhile size.

At this sort of money there isn’t a lot of scope for luxurious finishes – and, sure enough, the Alpha P3s are available wrapped in black ash or dark walnut effect vinyl.

The finish is smooth, however, and the mildly curved cabinet edges stop the PSBs from looking and feeling too overtly like they’ve been built down to a price. The metal grilles attach to the front magnetically, too, which is a more elegant solution than some nominal competitors use.

Not surprisingly for a speaker so diminutive, the Alpha P3 includes quite tiddly drivers. The black anodised aluminium dome tweeter is just 19mm in diameter, and the polypropylene mid/bass driver is an equally modest 10cm.

Low-frequency reinforcement is provided by a 3.5mm bass reflex port that vents at the rear of the cabinet, just above the gold-plated speaker cable binding posts. 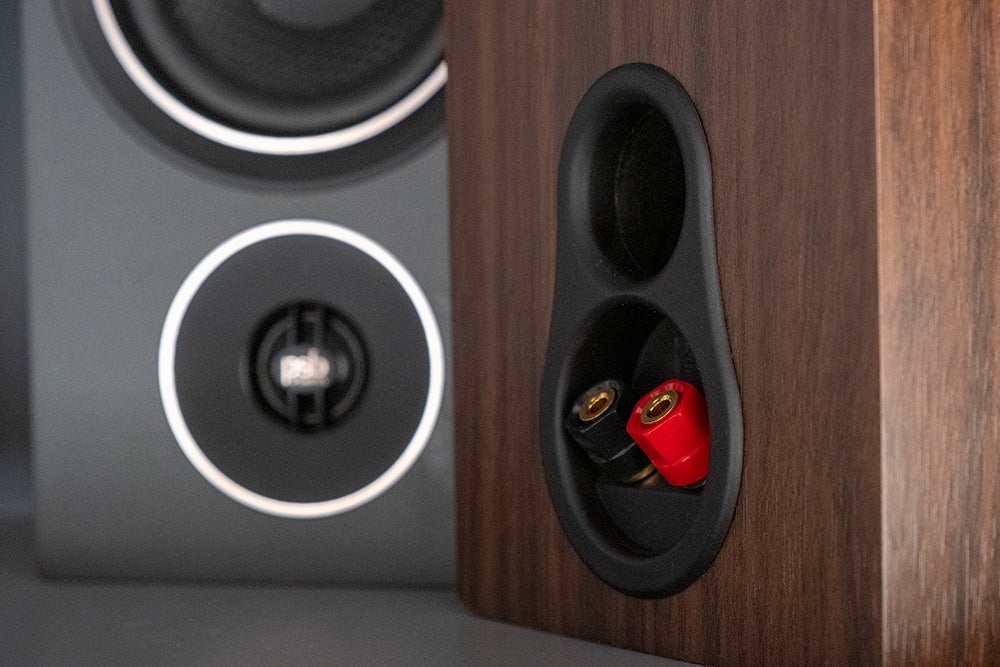 Unusually, the P3s feature an inverted driver arrangement: the tweeter sits below the mid/bass driver. This is intended to help both time-alignment and PSB’s intention to extract as flat a frequency response from the P3s as possible; the crossover is carefully engineered to control directivity, and the drivers are positioned with directivity and stereo imaging in mind too. The tweeter’s waveguide, meanwhile, is intended to improve off-axis performance and improve resolution.

At the rear of the cabinet, above the binding posts and reflex port, there’s a threaded shaft. So, as well as being a genuine bookshelf proposition, the Alpha P3s are easily wall-mounted too.

The sound of the PSB Alpha P3 is a combination of pleasantly surprising and kind-of predictable.

On the plus side, they’re a remarkably large-scale listen. A slow-builder such as Dirge by Death In Vegas grows from strummed guitar, which carries plenty of detail, to a cacophonous drums/bass/guitar/howling electronics crescendo without any alarms. 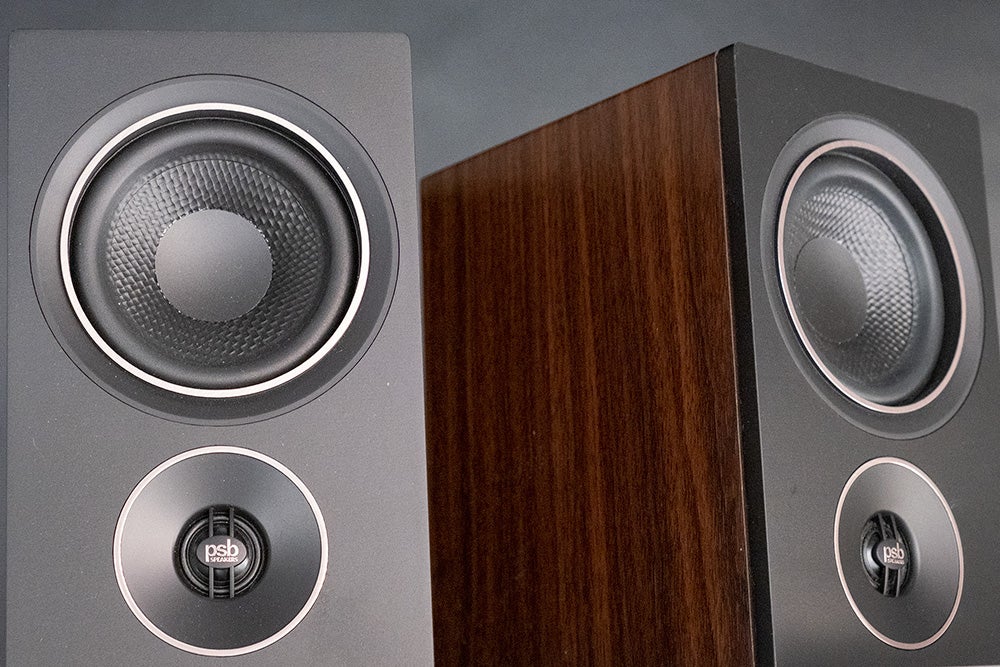 The PSBs simply track the upsurge in volume and the increase in the number of individual elements without getting in any way flustered. As far as sheer size goes, the Alpha P3s escape the confines of their cabinet impressively.

That little tweeter proves refined and detailed during a listen to the top-heavy Pyramids by Frank Ocean. There’s bite and shine at the top of the frequency range, but it’s well judged. Even at prohibitive volumes, the PSBs stay on the right side of the crisp/coarse dividing line. 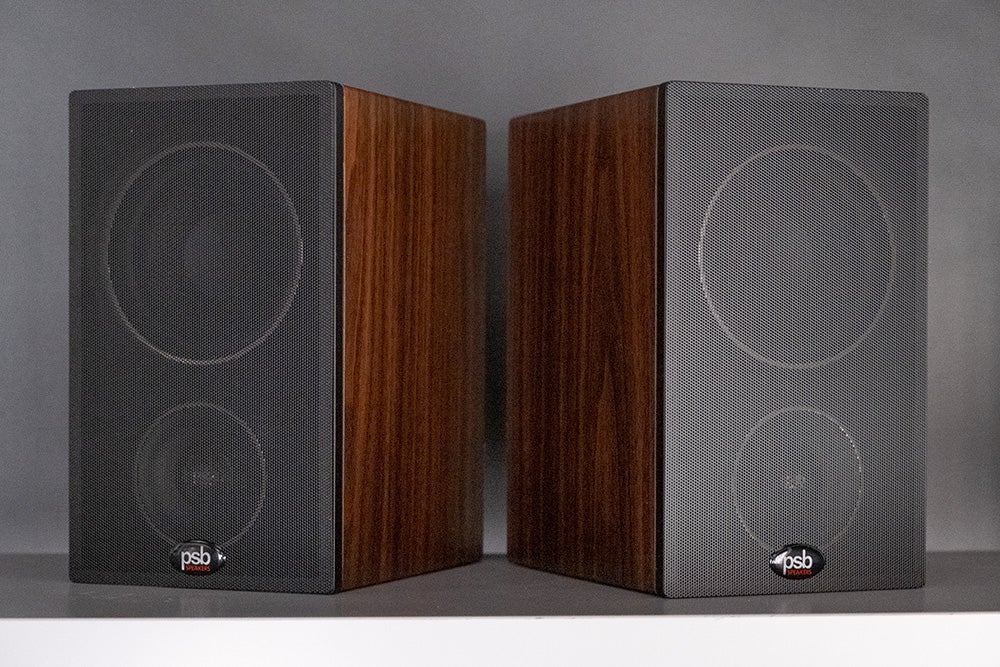 It integrates well with the mid/bass driver above, too – there’s no obvious hand-over between drivers, just a smooth sweep from the top-end (20kHz or so) down to the 57Hz-ish bottom end cut-off point. And throughout the mid-range, the Alpha P3s sat balanced and communicative; Lou Reed’s approximate vocal during The Velvet Underground’s Oh! Sweet Nuthin’ is full of character.

As intended, the P3s remain pretty convincing even if the listener is quite radically off-axis. They’re no magic solution to awkward speaker placement, of course, but they’re better composed and resolved when you depart the sweet-spot than quite a few alternative speakers. 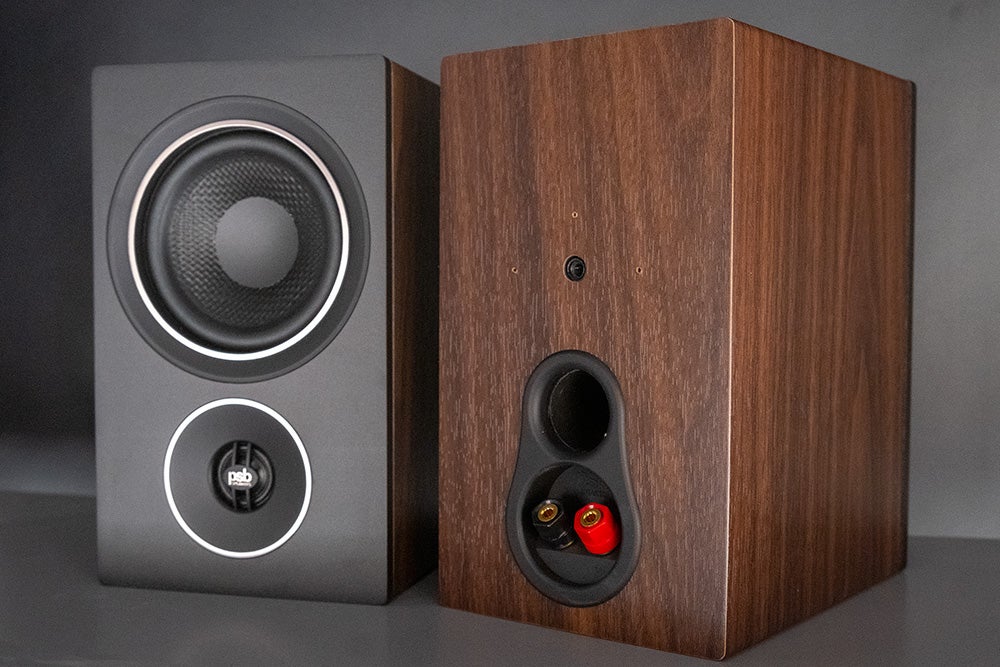 Tonally, the P3s err on the cool side of neutral – there isn’t a great deal of warmth to The Roots’ You Got Me. But it’s this tune that highlights the PSB’s single biggest shortcoming: a lack of extension and rigour at the bottom of the frequency range.

The fast-moving bass guitar line has respectable depth, and remains admirably straight-edged, but the kick-drum that sits below it is fuzzy, jagged and, in simple terms, too low in the frequency range for the Alpha P3s with which to be at all comfortable.

Music that rides on deep and textured bass will fluster the Alpha P3s far more than it does speakers with bigger drivers, greater cabinet volume and more bass extension. Which is hardly surprising news, but needs bearing in mind nevertheless.

You should buy the PSB Alpha P3 if…

The truly compelling reason to investigate the PSB Alpha P3s is the size. You’ll be hard-pushed to find a comparably sized – and priced – pair of speakers that have the poise and agility of the P3s.

You shouldn’t buy the PSB Alpha P3 if…

The obvious contenders are Q Acoustics’ 3010is: they’re hugely accomplished little boxes for the money, and while they don’t have unshakeable low-end authority, they’re a fair bit more composed than the PSBs when the going gets bassy. The same company’s 3020is are a little bigger still in each direction, but they’re correspondingly beefier to listen to.

Mission was one of the first speaker brands to justify the “tweeter beneath the mid/bass driver” arrangement, and its ever-more-affordable LX-2s show off the configuration to winning effect. They’re not the most refined loudspeaker you’ll ever hear, but if the PSB Alpha P3’s lack of outright punch causes you concern, the LX-2s could be just the ticket.