The concept behind the Power Ethernet Socket T1000 is simple, so much so that it falls into the, “why did no one think of that before” category.  Designed to replace a conventional double-plug power socket, the sockets offer a single power plug next to a four-port Ethernet socket and uses your property’s internal electric wiring to create a network. Simply add a second unit and as long as both are on the same wire ring, plug one of them into your router and you have an instant wired network, offering theoretical speeds of up to 200Mbps.

Design
Plug in adaptors using either HomePlug or PowerLine technologies have been available for many years but the Power Ethernet sockets are a much more elegant solution. While on the downside you will lose one power socket to the Ethernet ports, they are neat and remove the possibility of anyone wrecking your network by unplugging them. Extension sockets are known to degrade the signal from HomePlugs and as the Power Ethernet sockets contain a mains filter we were hopeful performance would be appreciably superior. 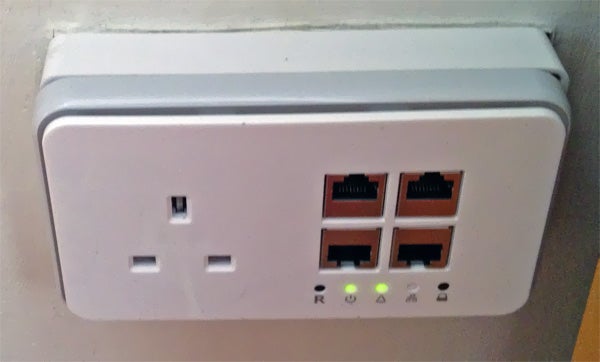 If you’re able to install a conventional electricity socket yourself you’ll be able to cope with a Power Ethernet socket, otherwise an electrician will be required. As we’re more Jar Jar Binks that Bob the Builder we went for the latter option and 45 minutes later two sockets were duly in place. 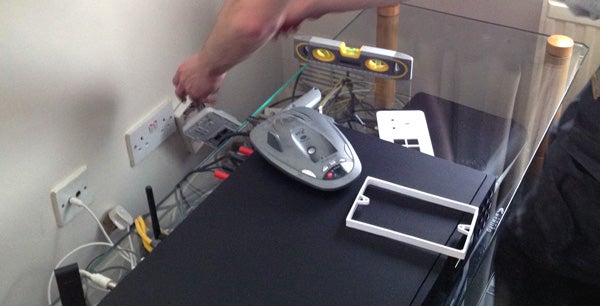 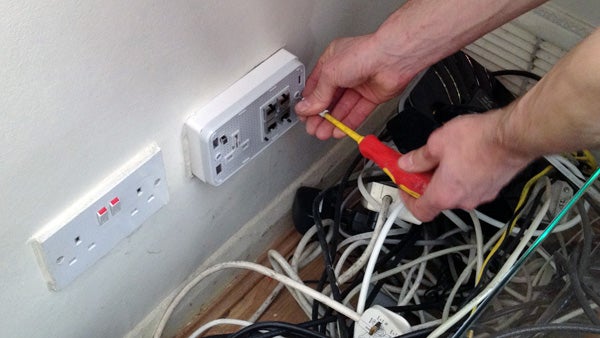 The boxes are much deeper than regular power sockets and embedding them in the walls to make them look flush would be preferable. That said, if you could do that, you’d probably be in a position to run Ethernet round the house so you will probably have to live with them protruding from the wall. The socket is smart-looking at least, with a silver trim around the edge. However, the front fascia on one of our boxes was not fitted flush, which spoilt the look somewhat.

Four small lights indicate activity on the socket – green for an active connection and red for one in standby. When on your hols, you can place the sockets into hibernate mode by pressing down on a small button with a pencil, which will lower power consumption.

In use
In our test room, streaming iPlayer HD content to a PS3 via a wireless connection had always proven to be a frustrating experience, forcing us to switch to Ethernet. However, after running out of ports on the router we were forced to choose which devices to hook up.

With the Power Ethernet sockets in place we now had effectively two more sockets to play with, which was most useful.
Our first test was iPlayer HD streaming, and happily the Power Ethernet Sockets did the job admirably, with no buffering issues.

To get an actual benchmark figure we hooked up a laptop to the secondary socket and saw a 1.02GB file from a NAS box in three minutes 28 seconds, equating to a Douglas Adams-like 42.42Mbps. Clearly this is nowhere near the maximum quoted figure of 200Mbps and in fact was slower than the same test over Wi-Fi by a few seconds. Repeating the same test on the socket next to the router achieved a healthier 93.86Mbps. For comparison we switched to Gigabit Ethernet and copied the same file in 19 seconds. 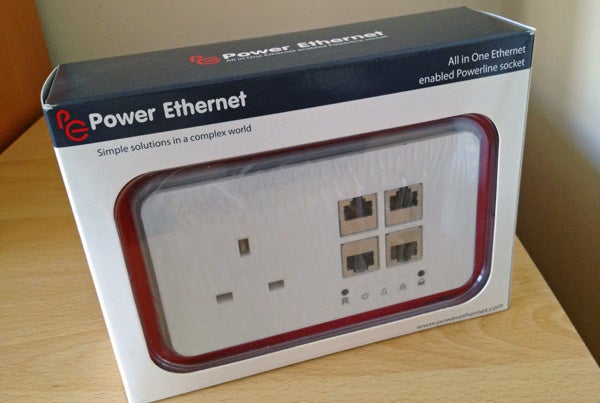 Value
Clearly speed is not a strong suite for the Power Ethernet sockets being neither particularly fast, nor consistent. However, it is up to the essential tasks of HD video streaming and file transfer. Our biggest concern therefore was not speed, but price. Considering you can pick up a HomePlug for less than £40, at £111 per socket, it’s hard to make a case for it on value terms, especially if you have to add the cost of an electrician paying a visit.

If you have Wi-Fi issues and can’t run CAT5 cable round a property the Power Ethernet sockets are certainly the most elegant and discreet way of dealing with the problem, especially as you get multiple Ethernet ports per socket. However, it’s much more pricey option than conventional HomePlug adaptors and lacks any raw speed, or enticing features such as USB charging points (that would be handy), to soften the blow.

The Power Ethernet Socket T1000 is a great idea integrating power and Ethernet into a double-plug sized socket, enabling a property to be networked up quickly and elegantly. However as well as losing a power socket per plug, performance is relatively limp and the cost compared to using regular plug-in HomePlug adaptors is high. That said, if appearance and convenience is paramount over cost considerations, the Power Ethernet sockets are an attractive option.