In the world of sat-nav, the competition’s so tight it’s like a rugby World Cup match between England and Australia. Every time one company takes the lead, another comes back with a sneaky penalty. As a result, budget sat-nav software and devices are now packed with useful tools and features that, a year or two ago, only premium products could command.


It’s getting silly now, with MP3 players and even calculators thrown in to sweeten the deal and persuade people it’s worth paying more than £200 – I’m not too sure how much use anyone gets out of any of these. With Pocket Navigator 7, however, it would seem small British company, Directions Ltd has grabbed the ball from the back of the ruck and, by including extra features that are actually useful, tucked it up its metaphorical jumper.


This is a company that has traditionally specialised in providing integrated vehicle tracking and navigation systems to business company car fleets and trucking companies. But it also sells its Pocket Navigator GPS software – now in version 7 – to the public too, and some of that experience filters down. 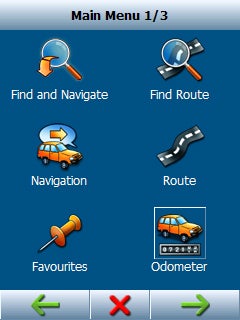 First on the list of features that you don’t normally see in GPS products – not even the top end TomTom GO devices – is an odometer. Now this sounds stupidly simple, doesn’t it? All it does is keep track of the number of miles you’ve driven, with the option to switch between private and business mileage. Yet this little feature makes it a very tempting prospect for any small businessman or, in fact, any worker who uses one vehicle for both business and personal journeys and wants to keep track of how many miles he’s driven in each capacity. 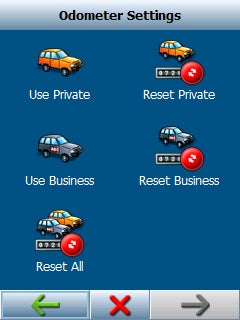 The second feature of note is a truck mode. This will be of interest to anyone who drives a wide vehicle, not just an HGV – such as those with caravans or trailer tents; we’ve all heard the stories about truckers regularly ignoring their common sense and following sat-nav instructions blindly down narrow country lanes only to get well and truly stuck. What this feature does is attempt to keep sat-nav dependants on the straight and narrow, and though it doesn’t know specifically about road widths it’s claimed this feature will try to keep you on main roads to a greater extent than in car mode. 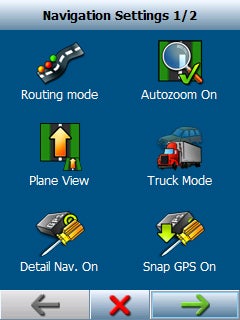 Pocket Navigator 7 costs £89.99 for the version with European maps and £69.99 for GB and Ireland, which is competitive with Wayfinder’s Navigator 7 (£105.99 and £67.99, respectively) and TomTom’s Navigator 6, and your money buys you the product on DVD. All the program files are installed locally on your PDA or smartphone from DVD or a downloaded file, so there’s no need to worry about data charges.

Installation is straightforward too. If you want to install map data for the whole of Europe you’ll need a hefty 4GB of space available on a memory card, but the installation program allows plenty of flexibility. You can install maps by region (England, Wales, Scotland and so on), for instance, so it’s easy to tailor it to fit whatever space you have available. I installed just the UK and Ireland maps on the Mio A501 I reviewed a month or so ago and was able to squeeze everything, application and all, onto a 1GB SD card. The only hitch I experienced was getting it to recognise the built-in GPS receiver – it wouldn’t automatically detect it and I had to set it up manually.


So what else do you get for your money, apart from useful odometer and truck mode? Well, if you were expecting it to fall short in terms of features you’re going to be disappointed. Pocket Navigator seems to have most of the bases covered. On top of the Truck mode, there’s the option to optimise routes for speed, distance and even price. There’s a pedestrian mode too. 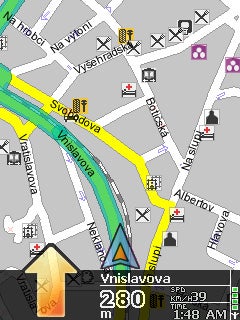 In terms of navigation you get both 2D and 3D navigation modes, an autozoom function that zooms in for a clearer view of junctions, and out again when you’re zipping along the motorway. There’s a banned roads facility – excellent news for all those M6-haters out there – and the route-browsing tools are excellent, allowing you to quickly get an overview of your route and zoom in and out of it without it hitting the performance buffers.


The only omission, it seems, is that there’s no roadblock avoidance tool. You can use the ‘avoid road features’ feature to do this, or simply drive off-route and rely on route recalculation (which is swift enough to cope), but these methods are both compromises and no substitute for being routed around a blockage and rejoining a few miles down the road. 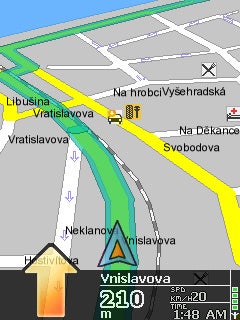 In use the maps are very clear indeed. The route is indicated clearly with a bright pink line standing out clearly against the rest of the map, and the periphery of the navigation screen is clean and uncluttered. There’s a bright, colourful turn icon at the bottom left of the screen and other information is displayed in a semi-transparent black bar at the bottom of the screen, but other options are only activated when the screen or a button is touched.


Routing is fine, and maps seem adequately up-to-date; we wouldn’t expect anything else from a product based on TeleAtlas maps. Even long, complicated routes are swiftly dispatched and the machine makes good decisions, generally speaking, about how it gets you from A to B.

And there are plenty of other nice touches: I particularly liked the way Navigator allows you to easily switch between browsing and waypoint addition modes, making it easy to add points to your route without having to enter a postcode or address first. Zoom in close enough in this mode and you can even see street numbers – something I haven’t spotted on any other sat-nav software. The software also allows you to download and use third party speed camera databases (though no info is installed as standard), add your own POIs (points of interest) and a TMC receiver for traffic information. 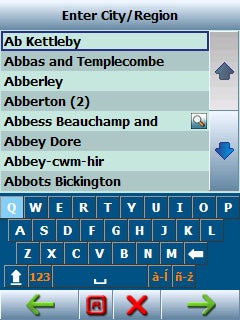 Where it does fall down, however, is in ease of use, and it takes a lot more getting used to than, say, a TomTom product. The menu system for route finding and calculation isn’t particularly logical, and the software keyboard used for entering address information requires the use of a stylus because it’s so small and squeezed into half the screen. It’s also irritating that, whenever, you power down your PDA or phone, the software won’t restart the GPS receiver when you turn it back on again – you have to switch it on manually. 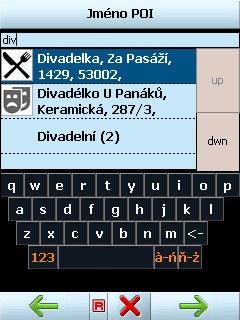 I couldn’t, hand-on-heart, say how useful the truck mode would be either. In an attempt to test the feature I specified a route in Epping Forest where the shortest, fastest route would take you down some narrow lanes with sharp corners – not an ideal route for an articulated lorry – and found that the software simply didn’t seem to take either factor into account. And, several test routes later – across London, to north Wales and short routes in the country in Essex – I still hadn’t managed to find a route that was calculated differently in truck and car mode.


Finally, the POI database isn’t the most wonderful in the world either. Petrol station and travel information seem to be quite good, but try to ask it where the nearest supermarket is and you may well be disappointed.


Directions Ltd has come up with an interesting piece of software in Pocket Navigator 7. It’s competitively priced, has some interesting and genuinely useful features, and in general works pretty well.


If you’re looking for sat-nav software for your new Windows Mobile smart phone this will definitely do the job, and though there are annoyances and niggles there’s nothing that’s a big deal breaker here. It’s just a shame that the truck mode isn’t all it promised to be, as this may well have turned an adequate score into an award-winning one.