You might be wondering why I’m reviewing the Plextor PX-712A so long after its release, and so long after many other publications have tested the drive. The simple answer is that it wasn’t until now that I felt I could do this drive justice, because I’ve only just managed to get my hands on DVD+R media that was rated fast enough to keep up with the PX-712A.


Most of the reviews I’ve read happily state that the PX-712A can write to DVD+R media at 12-speed, but since there have been no discs available, none of them actually tested this feature. The media that Verbatim eventually sent me was actually rated at 16-speed, but the PX-712A was happy to write to the discs at 12-speed. 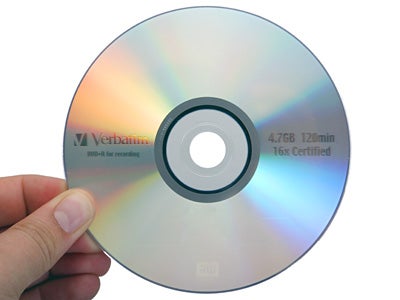 Plextor has always made high-quality optical drives, and the PX-712A is no exception. This is hardly surprising, since it looks pretty much identical to the previous Plextor drive I reviewed. The front fascia is adorned by a single eject button, an indicator light and a manual eject hole. The drive tray features the Plextor logo, the model name and a shiny black strip, which elevates the aesthetic value slightly. At the rear you’ll find digital and analogue audio connectors, a master/slave/CSEL jumper, an IDE connector and a Molex power socket.


Now, although I’ve so far talked about the PX-712A, Plextor also sent me the PX-712SA – basically a drive with identical specifications, but using an SATA interface instead of IDE. At a glance both drives look the same, especially from the front, but once you look at it in profile or from the rear, things look very different indeed. The PX-712SA is a whole centimetre longer than the PX-712A, so it’s not best suited to small form factor machines. Then there’s the rear, where you’re greeted with two slim SATA connectors for power and data – a much more elegant solution than the IDE drives I’m used to.


As I said, despite the interface differences, the base specifications are the same – 12-speed DVD+R, eight-speed DVD-R, four-speed DVD+RW, four-speed DVD-RW, 48-speed CD-R and 24-speed CD-RW. You may have noticed that there’s no DVD+R DL (Dual Layer) support, but to be fair, this drive launched before any dual layer drives were available.


Running our standard suite of burning tests showed that there was pretty much no difference between the PX-712A and the PX-712SA, except when using DVD+RW media where some deviation did appear. Given that I only had a very limited number of 16-speed DVD+R discs, I only tested the PX-712A using this format. The results were very impressive using the 16-speed media, and burning discs at 12-speed on the Plextor resulted in times no slower than I saw on a 16-speed drive that I started testing today (a full review of that drive will be published soon). Burning the 4.3GB MPEG2 file took six minutes and six seconds – that’s roughly three minutes faster than an average eight-speed drive. The mixed files burn and the digital images turned in times of six minutes 15 seconds and six minutes 32 seconds respectively, which again is significantly faster than an eight-speed unit.


But what really surprised me was the DVD-R performance. Although the drive is only rated at eight-speed for DVD-R, and I was using standard eight-speed media, the PX-712A turned in times of under eight minutes for two out of the three tests.


If you burn a lot of CDs, you won’t be disappointed with either of the Plextor drives. The PX712A lagged behind its sibling a little when burning the 700MB MPEG file, turning in a time of three minutes compared to two minutes 46 seconds. But the rest of the tests produced pretty much identical times on both devices, with a CD-RW format taking just over four minutes. Burning, 600MB of MP3 files to CD-RW took three minutes 21 seconds on both the PX-712A and PX-712SA.

The retail box contains the usual Plextor bundle, including an IDE cable (SATA with the PX-712SA), manual, single blank DVD+R disc and a software CD-ROM. The disc contains a copy of Nero for disc burning, InCD for packet writing, Nero Back-IT-Up for backups, Pinnacle Studio for video editing and authoring, PowerDVD for watching DVD movies and PlexTools – Plextor’s own suite of disc utilities. You also get Plextor’s two-year collect and return warranty, giving you significant piece of mind.


So, the Plextor PX-712A is a very fast drive, and although it doesn’t support dual layer media, I can’t really complain since I’ve had this unit in the labs for so long, waiting for fast enough media to test it. As usual, the drive itself feels very solid, and has an air of quality about it. But, as is always the case with Plextor, this quality carries with it a price, and the PX-712A will set you back a not insignificant £72.49. However, if you want to invest in new technology and build a complete SATA system, the PX-712SA will cost you £120, which is over double the price of a fast dual layer drive from most other manufacturers.


For me, the cost of Plextor drives has always been justifiable, because of the quality of the unit you’re getting. The first ever CD-ROM drive I bought was an external Plextor drive which I connected to a Silicon Graphics Indigo 2 Extreme workstation, and every computer I’ve built since then has had a Plextor optical drive in it. But I think for the majority of users that don’t have the history with Plextor that I have, the lure of cheaper, more highly specified drives might be too great.


The PX-712A is a very fast DVD writer, with the usual high quality feel that I’ve come to expect from Plextor. The lack of dual layer support is an issue, but you have to remember that this drive was released before the dual layer format launched. But, it’s probably the high price, especially for the PC-712SA, that will put many buyers off.