If you’ve already been through a few Bluetooth headsets you’ve probably been wondering to yourself why are they all so flimsily constructed? Of course, part of the reason is that most people want their headset to be as small and light as possible and companies have to respond to this desire. However, this trend is annoying for those who need to use their headset in more challenging conditions.


This is where the Plantronics Explorer 370 comes in. It’s a tough cookie designed to withstand pretty much anything you can throw at it. In fact, Plantronics says that it’s been engineered to military levels of toughness – the US military MIL-STD-810 to be exact. As such, it has been designed to stand up to immersion in water, impact shocks, solar radiation, temperature extremes and sandy and dusty conditions. 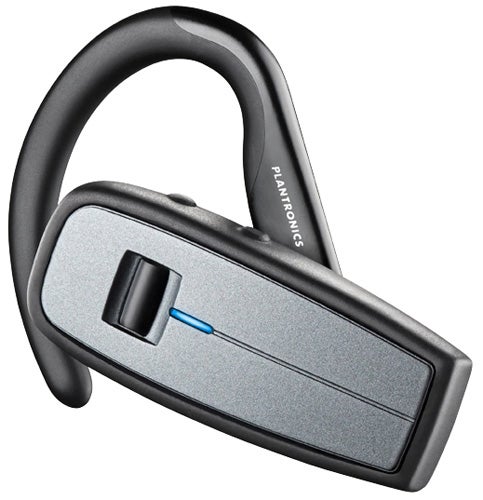 Certainly during our testing it seemed remarkably robust. We bounced it off walls, took it out on a bike ride in the rain and, er, accidentally spilled some water over it and it never complained. But as you would expect this added toughness brings with it a bit of extra girth. The 370 is certainly not one of the smaller headsets on the market. Measuring 60 x 24 x 12mm it’s quite large and boxy.


It’s not just the size that’s been compromised to make this a more ruggedised headset, but also its comfort too. Due to its bulkier frame it feels quite weighty when it’s sitting on your ear and takes a bit of getting used to as it’s initially not all that comfortable to wear. In part, this is due to the design of the ear hook. It’s permanently fixed to the headset and mounted on a pivot so it can be flipped over and worn on either ear, but the problem is that the ear hook is made out of quite rigid plastic so it never feels totally comfortable on your year. 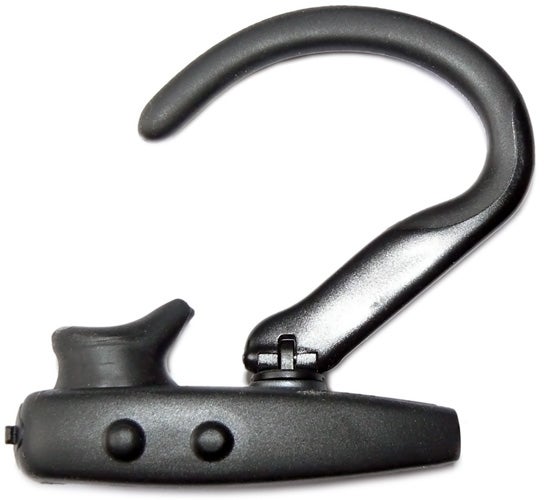 Matters aren’t helped by the fact that the ear piece is also fixed – it doesn’t use rubber inserts like most of the models on the market at the moment. Unsurprisingly, this also negatively affects the comfort of the headset. That said, you do get used to it after a while and we have to say that in use the headset never fell out of our ear, which is an important consideration if it’s going to be used in a tough environment.


When it comes to pairing the 370 with your mobile, things couldn’t be more straightforward. The first time it’s turned on the headset automatically goes into pairing mode. So to get it working with your phone all you have to do is turn on Bluetooth, activate a device search and then turn on the 370. Once your phone finds the headset it’s simply a matter of entering the standard ‘0000’ Bluetooth PIN code to get them talking to each other.

Plantronics has kept the controls on the 370 to a minimum. On the outside you’ll find the multifunction call handling button, while on top there are two volume controls. However, the lack of extra buttons does mean that to work out how to use some of the more complex functions you have to resort to the manual. Unfortunately, only a quick start guide is provided in the box, so getting hold of the main manual involves a trip to Plantronics’ website to download it. Nevertheless, the main call handling functions are straightforward. 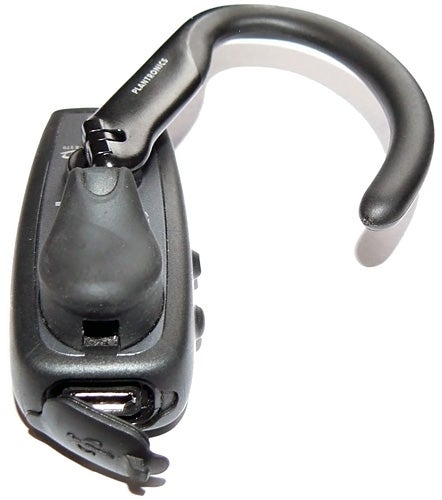 
In terms of call quality the 370 is pretty average. People we called while using it said that our voice could be heard loud and clear, but complained that they could also hear quite a lot of background noise. This is not very surprising given the fact that the headset doesn’t include any noise cancelling technology, apart from some wind shielding to protect against wind noise when outdoors. It’s a shame, because surely the type of demanding environments that this headset is designed to be used in, such as building sites, are also noisy environments. The other issue is that the earpiece isn’t as loud as those on some other headsets that we’ve used, which again is not great when you’re trying to hold a conversation with a lot of noise going on in the background. 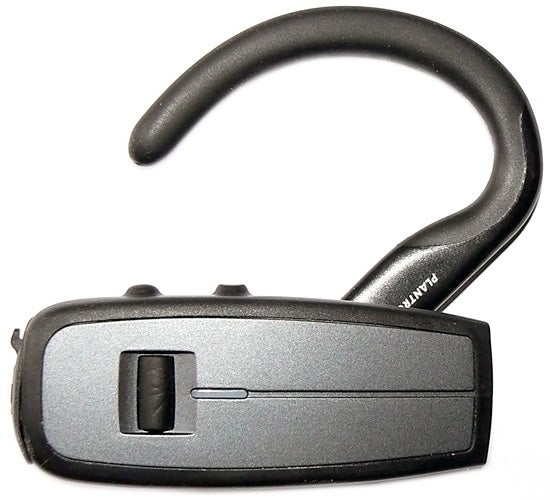 Charging the headset is carried out via the supplied wall charger, which connects to the headset via a microUSB port. The 370 can also be charged via a standard USB port, although no lead is included in the box. It takes two hours to fully charge the battery and Plantronics says that this gives it enough juice to keep it going for around eight hours of talk time. We got around seven hours out of it, but that’s still very impressive. Unfortunately, the only notification of a low battery if when the multi-coloured LED on the outside of the headset flashes red. A proper battery icon would have been a welcome addition or at the very minimum some combination of button presses that could be used to check the current battery level via a sequence of flashes from the LED.


The headset doesn’t support multipoint so it can’t be connected to two handsets at the same time and also lacks support for A2DP audio stereo. As it’s a mono device this is hardly a major loss unless you use your headset to listen to the footy results via your phone’s FM tuner or something similar.


The Plantronics Explorer 370 is a bit of a mixed bag. While it’s certainly tough enough to stand up to life in challenging environments and has good battery life, it’s not all that comfortable to wear and disappointingly lacks noise cancelling features.