Although we’ve previously looked and liked a couple of DLP projectors from US brand Planar, they hardly prepared us for the PD8150 before us today.


For while the PD7010 and PD7060 were surprisingly cheap and, dare I say it, cheerful models considering that Planar’s stuff is predominantly aimed at the premium custom install market, on paper the PD8150 looks like a true cutting-edge home cinema thoroughbred.


For starters, as you’d expect of a £4,400 machine, it sports a Full HD Dark Chip 3 Texas Instruments chipset – this being pretty much the state of the art in DLP terms until the first DarkChip 4 projectors start to arrive. 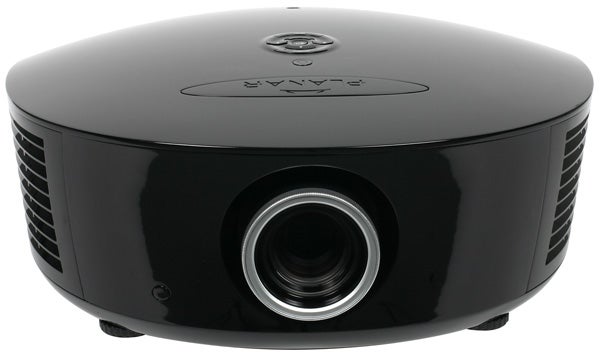 Then there’s the PD8150’s very impressive 15,000:1 contrast ratio claim, which promises black levels of rare depth and naturalism, together with a high (by video projection standards) brightness output of 1000 Lumens, optimised for video use.


The projector’s two HDMIs, meanwhile, are built to the latest v1.3 standard, with full Deep Color compatibility. Those are joined by a D-Sub port for dedicated PC connection; not one but two 12v trigger jacks; as well as IR and RS-232 ports that will doubtless prove invaluable when it comes to fitting a PD8150 into a wider home cinema system.


So far, the PD8150 hasn’t put a foot wrong. And we haven’t even got into all the technical wizardry it’s got going on in the image processing department.


Kicking this off is a custom-tweaked version of the acclaimed GF9450 video processor from third-party image guru Gennum. This should work wonders on such matters as reducing video noise and enhancing the quality of the projector’s picture scaling.


Also potentially very important is something called DynamicBlack. As its name suggests, this is a processing engine aimed at improving contrast. In fact, Planar reckons its incarnation of DynamicBlack actually triples the PD8150’s contrast performance.

It works by studying the level of brightness of every single frame of the incoming picture; then expanding the picture’s brightness range to match that of the Digital Mirror Device at the DLP engine’s heart; and finally closing an iris to one of 200 possible positions so that the final image’s peak brightness is the same as that of the original source.


This clever process is also claimed to combat DLP’s old dithering-noise-over-motion complaint, and since Planar’s application of DynamicBlack uses an exceptionally low-mass actuator and operates at the same frame rate as the incoming video signal, it should keep other image artefacts to an absolute minimum.


The PD8150 carries TI’s BrilliantColor system, too, designed to give colours more punch and contrast, as well as making skin tones look more like they would in the ‘real world’.


As if all this wasn’t enough, the PD8150 can adjust its lamp brightness for each separate segment of the DLP colour wheel; an approach which is claimed to improve colour toning without reducing colour saturation. And as an extra touch, the PD8150 drops the lamp brightness by 50% twice during each colour wheel rotation to counter DLP’s common problems with dithering noise in dark areas and the so-called ‘rainbow effect’, where stripes of pure red, green and blue flit around over bright image components, or around the periphery of your vision. The rainbow effect should also be reduced by the PD8150’s application of a six-speed colour wheel.

There are loads more subtle tweaks and features within the PD8150’s solid onscreen menus, but you’d probably start to get bored if we covered them all. In any case, we reckon you’ve probably got the message by now that there aren’t many stones the PD8150 has left unturned in its quest to deliver supreme home cinema quality.


Before we find out how successful it’s ultimately been with this quest, though, I ought to pause briefly to talk about the PD8150’s looks. For while it’s a pretty large hunk of machinery, in this reviewer’s opinion it wears its size very well indeed, thanks to a distinctive rounded shape and high-gloss black finish. 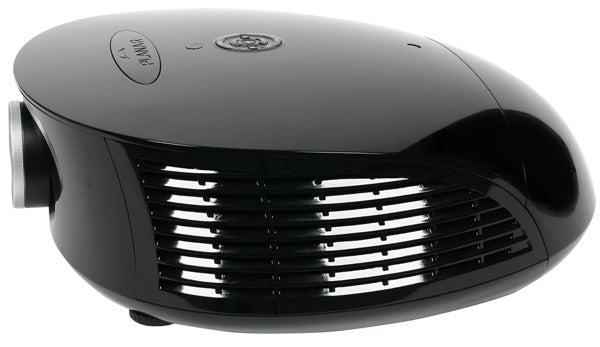 I’m also going to note in passing how flexible the PD8150 is to set up. There’s both vertical and horizontal optical image shifting, removing the need for nasty digital keystone correction, and you can get the projector with either of two lens attachments: one standard fit, and one short-throw option if space is limited.


The only disappointment, perhaps, is that the level of built-in optical zoom is merely 1.3x – but then the presence of two lens options kind of excuses this.


Right: down to business. Or actually, on this occasion it might be more accurate to say ‘down to pleasure’. For the simple fact of the matter is that the PD8150 produces pictures that are nothing short of sublime.


In fact, they fire on so many cylinders that it’s quite hard to start to pick out the individual elements that combine to make the superlative whole. But I suppose I’d better give it a shot! 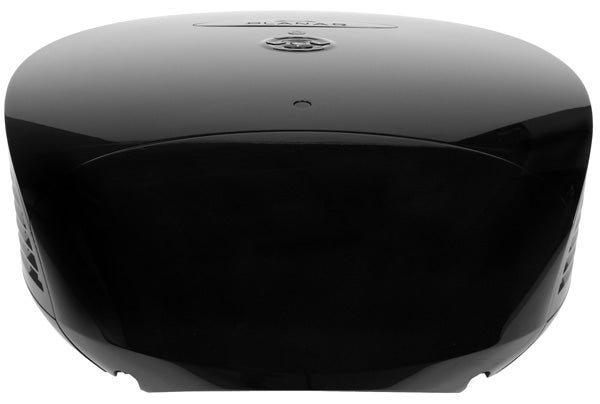 During quality time spent with Tim Burton’s ”Sweeney Todd” adaptation on Blu-ray and ”Call of Duty 4” on the Xbox 360, I was pretty much blown away by the PD8150’s black level response.


The night-time scenes in Todd’s grubby London streets suffer practically no greyness or flattening at all, allowing you to entirely immerse yourself in the full scale of the film’s immaculate Grand Guignol reimagining of our capital’s streets.


And I suffered none of the unfair ‘killed by something I couldn’t actually see’ moments during ”COD4’s” night-time sequences that I’ve experienced so often on lesser projectors.


As well as portraying deep, convincing blacks, the PD8150 further boosts its portrayal of dark scenes by stuffing those black areas with all manner of subtle shadow details, completely avoiding the ‘hollowed out’ look really dark areas can take on with lesser projectors.


The PD8150 is also extraordinarily, almost bewilderingly sharp with HD material. The textures and subtleties in Todd’s beautifully created outfits, for instance, look so clear and defined that you feel you could just reach out and grab them (even though this obviously wouldn’t actually be a very good idea given Todd’s anger management issues).

The ultimate sign of just how beautifully clear the PD8150’s HD images are, though, is the way the sharpness and detailing not only add impact and texture to foreground objects, but also make the picture seem deeper and three-dimensional. As a result, I gained a completely new appreciation of ”COD4’s” graphical achievements – especially in terms of draw distances.


Obviously, the sort of clarity I’m describing isn’t just a matter of pixel-perfect detailing, though. It also owes much to the almost completely noiseless qualities of the PD8150’s images, with practically all source noise immaculately removed and practically no processing side effects that I could see. In other words, there’s absolutely nothing to stand between you and the world on your screen. 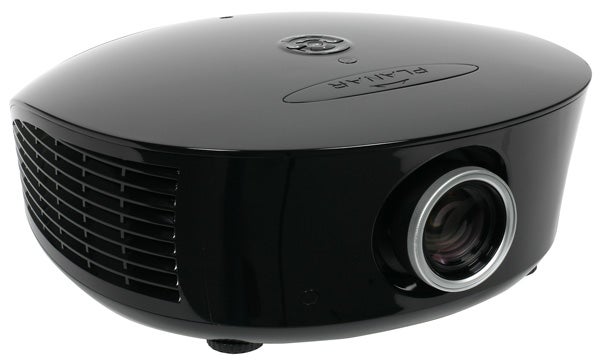 A stellar colour performance enables the PD8150 to deliver a clean sweep of all the most important image elements. The frequently very tricky stylised palette evident throughout ”Sweeney Todd” is handled quite beautifully, with every tricky skin tone or subtle variation of blood red reproduced with absolute authority and credibility. Yet the projector is equally at home with the more ‘console gamey’ look of our ”COD4” test game.


Reluctantly dragging myself away for a moment from the PD8150’s HD glories, I soon discovered that the PD8150 is also a cracking standard definition performer. The Gennum processing does one of the finest jobs I’ve witnessed of turning even a pretty messy standard definition digital broadcast into something that actually sports a vague HD sheen by the time the image has been squirted out onto your screen.


Mighty fine though the PD8150 is, though, I have still managed to rustle up a trio of little niggles for your ‘delectation’. First, it runs a touch more noisily than I was entirely comfortable with – something you may need to consider when placing the projector in your room.


Second, once in a blue-moon I detected the merest, almost subliminal flicker of the rainbow effect. And finally, I’d urge you to not just use the BrilliantColour feature unthinkingly, for at times I felt it rather exaggerated any noise there might be in a source.


Yes, in the interests of full disclosure, professionalism and thoroughness, I finished the review of the PD8150 with some negatives. But let’s be clear about this: the ‘issues’ I raised are in fact so small relative to the PD8150’s emphatic glories that I’m almost embarrassed I mentioned them.