Pervasive as it is, DVD is already being consigned to the bins of history as Blu-ray makes slow inroads into becoming the de-facto optical standard. Today, then, we’re taking a look at a 5.25in drive from Pioneer that will not only let you read but also burn to these high-capacity discs.


So what’s special about this drive? It’s one of the first to offer 8x burning for single-layer (25GB) and dual-layer (50GB) writable Blu-ray (BD-R) discs. You wouldn’t be able to tell from the outside, though. Unlike players such as Sony or LG, Pioneer hasn’t changed the visual design of its drives much over the past few years and were it not for Pioneer removing its logo from the front and the bright green LED indicator having been reshaped and relocated, you’d be hard-pressed to tell the difference between this and the company’s BDC-202BK Blu-ray drive we reviewed last year. 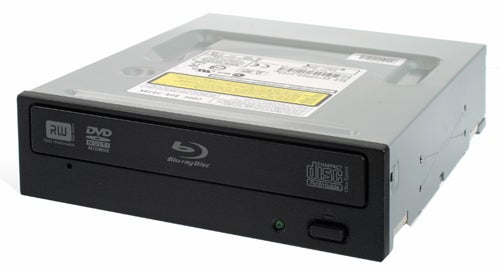 This means you get a plain matte black front with disc formats printed on it in white – a far cry from some of the drives out there with touches like mirror-finish fascias and full-length LEDs. On the other hand, it’s a look that should fit with most rigs.


After inexplicably staying stuck in PATA/EIDE limbo for years while hard drives switched conclusively to SATA, optical drives are finally catching up. The BDR-203BK uses SATA for both power and data connectivity, which is a good thing as this newer standard means cables which are significantly thinner (meaning better airflow in your case) and easier to install.

Of course those with older motherboards that don’t support SATA are left out in the cold, but then these setups would be unlikely to have the processing power and HTCP-enabled video card required for 1080p Blu-ray playback anyway. If you’re just lacking SATA power from your PSU though, cheap Molex to SATA power adapters are available from most IT shops. 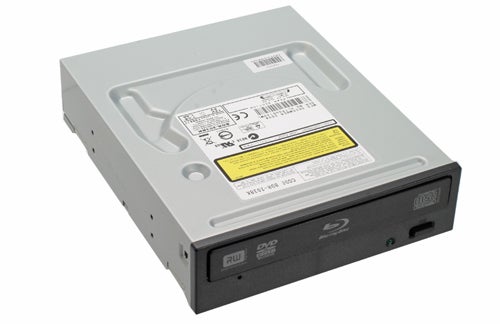 Compared to the class-leading 8x Blu-ray write speed, the BDR-203BK’s Re-writeable Blu-ray disc (BD-RE) burning speed of 2x is not very impressive, but though there are some drives which offer 4x BD-RE writing, keep in mind that the format is in its ‘infancy’ and 2x is still par for the course. Naturally Pioneer’s drive can also read and write CDs and DVDs. However, unlike many competitors it can’t handle HD-DVD, something to keep in mind if you have any interest in the now-defunct high-definition format (which is still available to rent and buy pre-owned).


CD-writing speeds of 32x CD-R and 24x CD-RW aren’t cutting edge either with many DVD-Rewriters offering 48x and 32x respectively, but still plenty for most users. Slow DVD-writing speeds of 16x (DVD-R/+R), 8x (DVD-R/+R DL), 8x (DVD+RW), 6x (DVD-RW) and 5x (DVD-RAM) are less forgivable when dedicated DVD-writers offer speeds of up to 24x, but again it depends on how important this speed difference is to you – to be honest most consumers won’t need faster than this.

Pioneer’s latest optical drive employs the fancily-named Multi-Effect Liquid Cristal Tilt/Thickness Compensation Mechanism, which can compensate for various flaws in writable media and uses fewer moving parts than traditional mechanical mechanisms, while an Ultra Dynamic Resonance Absorber reduces vibration when discs are spinning out of balance. Of course the competition offers similar enhancements, but Pioneer products generally have a well-deserved reputation for reliability.


Both OEM and retail drives, meanwhile, will come with CyberLink’s Blu-ray Disc Suite 6, which is an easy-to-use piece of software with a polished interface that will let you watch and burn all forms of optical media. As expected, our copy of Casino Royale played back perfectly with PowerDVD (which is part of the suite), and the drive was relatively quiet in operation. 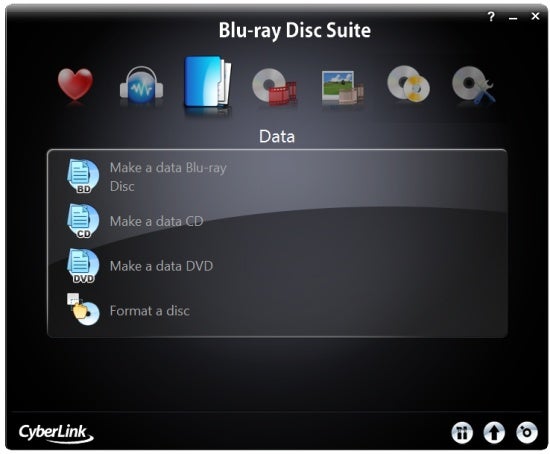 At the moment, 8x BD-R media is about as easy to find as an Ion-based netbook, and the quickest discs readily available in the UK seem to be 4x. However, we were still able to test the drive’s headline-grabbing speeds because certain 4x media from CMC, MBI, Panasonic, Philips, Ritek, Sony, TDK and Verbatim are ‘overspeed’ capable, meaning the Pioneer can actually burn them at 8x. For a 50GB dual layer BD-R, the BDR-203BK took just 30 minutes to burn 46GB-worth of files, a figure that will only improve when ‘real’ 8x media comes out.


Finally then we get onto price. At £160, the BDR-203BK is anything but an impulse buy. Bare Blu-ray drives are available from as little as £50 with writers coming in at around £115. While nothing can match this Pioneer’s BD-R 8x write speeds (the next-fastest option would be 6x), in other regards cheaper competitors from the likes of LG and LiteOn match it. 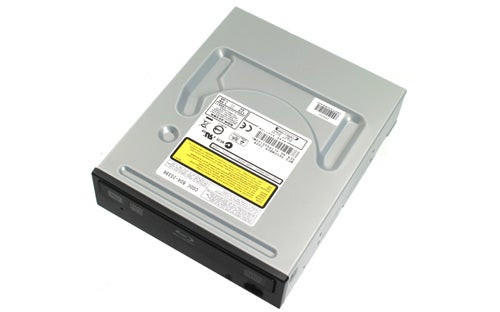 For purely backup purposes you’re better off going the hard drive route, as external 1.5TB drives can be had around the £100 mark these days while writable Blu-ray media can cost as much as £20 a pop. However, if you do write to BD-R often and need it done as fast as possible, the BDR-203BK is your drive.


The BDR-203BK is up to Pioneer’s usual high standards and even OEM drives come bundled with CyberLink’s Blu-ray Disc Suite 6. If you need the fastest BD-R writer around Pioneer has the answer, but it comes at a price. Cheaper drives match it in other speeds and for backup purposes Blu-ray hasn’t reached a feasible price-point compared to hard drives.