The BDP-170 is Pioneer’s latest Blu-ray player, the replacement for 2013’s BDP-160 and the only new model it’s launched this year. Pioneer says this new player improves on its predecessor’s AV performance while adding new smartphone connectivity options.

It joins the older BDP-450 in the range, a deck we applauded for its superb pictures, decent build quality and wide format support, although we weren’t quite so enamoured by its lack of Wi-Fi and comparatively limited web content. Let’s find out how the BDP-170 compares.

The BDP-170 preserves the sophisticated design of past Pioneer players. Its conventional shape will appeal to AV traditionalists, while the sleek black styling is likely to complement most TVs and receivers (it’s also available in snazzier silver).

The slim, robust aluminium bodywork is superior to most similarly-priced players too, which seem to get flimsier every year, but with Pioneer you’re really getting your money’s worth.

The front panel offers a few buttons and a USB port for flash drives and HDDs. Everything blends in with the deck’s black finish, keeping the fascia pleasingly uncluttered. The LED display under the disc tray is easy to read but can’t be dimmed or turned off if you find it distracting.

On the back is the regulation set of sockets for a budget Blu-ray deck – HDMI v1.4a output, digital audio output and Ethernet – alongside an analogue stereo output, which is increasingly uncommon. There’s a second USB port on the back too, which is convenient because you can leave your HDD permanently plugged in without anything sticking out the front, leaving the front port free for occasional connection of flash drives.

Some people might have expected a videophile brand like Pioneer to offer a second HDMI port or component output for legacy displays but that’s wishful thinking at this price.

The BDP-170 boasts a healthy range of wireless connectivity including built-in Wi-Fi and Miracast screen mirroring, which wasn’t found on the BDP-450. Wi-Fi Direct allows you to stream content from smartphones and tablets without the use of a router.

It’s also DLNA certified, allowing you to stream your own media files from devices on the same network. You can also access YouTube and Picasa (including support for the YouTube ‘Send To TV’ feature), which feels like a token effort next to the wealth of apps offered by Samsung, LG and Sony, but that doesn’t make their inclusion any less welcome.

We thought the BDP-450’s format support was excellent and thankfully the BDP-170 follows in its footsteps. On the video side, you can play DivX HD, MP4, WMV, AVCHD, AVI, 3GP and FLV, while supported music formats include MP3, WMA, AAC, WAV, FLAC and APE. You can view JPEG, MPO, PNG and GIF photos too.

The beauty is that you can access all of these files from disc, USB or over a network – except AVCHD and FLAC, which can only be played via USB or disc. But on the plus side it plays hi-res FLAC files up to 192kHz/24-bit.

As for Blu-ray, the BDP-170 spins both 2D and 3D discs. There’s no 4K upscaling but it outputs at 1080/24p and upscales DVDs to 1080p. Super Audio CD playback is supported and it’ll decode Dolby True HD, Dolby Digital Plus, DTS HD Master Audio and DTS-HD if you’re feeding audio to a receiver without those decoders, but will also output them in bitstream form.

Other less glamorous but useful features include a 1.5x View Scan with Audio function, which lets you scan discs while the sound still plays, and a Quick Start mode. The deck also supports Pioneer’s Sound Retriever Link, which improves the quality of compressed audio when used with a compatible Pioneer receiver.

The BDP-170’s operating system is functional but lacks the slickness and pizzazz of a Samsung or LG. The Home menu uses a black screen with three options listed on the left and moody monochrome graphics to illustrate the chosen option. 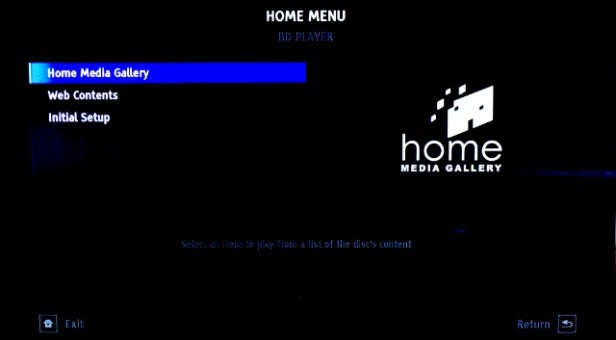 The options are Home Media Gallery (where you access DLNA, USB or disc content), Web Contents (YouTube and Picasa) and Initial Setup. In each case the submenus are dull as dishwater but get the job done, plus the cursor is quick and responsive.

The setup menu houses a detailed list of options, including a Video Adjust menu that lets you select from three presets (Standard, Vivid, Cinema) or adjust the picture yourself by selecting the Custom setting. Brightness, saturation, hue, contrast, sharpness and CTI (colour transient improvement) options are available, plus three noise reduction settings.

A handy Setup Navigator runs through the basics – language, resolution and aspect ratio – although Wi-Fi setup should have been included as it’s buried in the setup menu. A Function menu is available during playback, allowing you to access the disc’s features (subtitles, audio tracks etc). 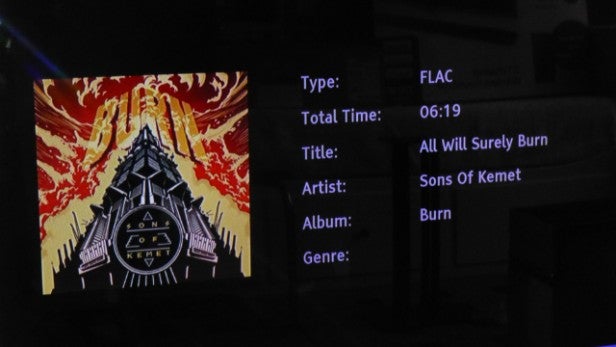 When playing files over DLNA or USB, the Pioneer displays cover art and available metadata. We had no trouble streaming content from a Windows 7 laptop, a Sony NWZ-F886 Android media player (over Wi-Fi Direct) or from YouTube. The deck communicated with all our devices smoothly and the only thing it refused to play was a 96kHz/24-bit FLAC file.

The BDP-170 uses a different remote to that of the BDP-450 and it has a more plasticky finish. The button layout is excellent though, with a direction pad bang in the centre, easily accessible playback keys and good labelling from top to bottom. Miracast and YouTube get their own buttons, coloured blue and red respectively. Our only gripe (and it’s a minor one) is that the squishy buttons need to be pressed down fairly hard.

The BDP-170 is compatible with Pioneer’s iControlAV5 app for iOS and Android devices (see gallery for photos). You can use it to operate all of the player’s basic functions using a series of slick, eye-catching menus, as well as a compatible Pioneer receiver.

Kicking things off with Inglourious Basterds on Blu-ray, shots of the French countryside as Colonel Landa crawls towards LaPedite’s house are bursting with detail like individual blades of grass and leaves on trees. This razor sharp detail retrieval is coupled with a deep contrast that makes the image look punchy and cinematic.

The green hues are rich and radiant but always natural, while gradation and shading are smoothly and skilfully reproduced. Monsieur LaPedite’s skin looks realistic, peppered with pockmarks and beads of sweat. The outline of the house silhouetted against the blue sky is crisply defined and stable.

When the scene moves inside the house, we get to see the deck’s splendid shadow detail reproduction and its outstanding contrast. Objects on shelves and in crevices are visible and you can make out the wood grain on the walls. When Shoshana escapes, the deck tracks her run without any judder or break-up.

Swapping Tarantino for Disney, we loaded up Wall-E and were entranced by the deck’s meticulous reproduction of litter-strewn landscapes and its deft handling of the subtle, hazy colour tones. Every frame is awash with detail and the deck lets none of it slip from its grasp.

With the 3D version of The Hobbit: An Unexpected Journey, the addition of a third dimension does nothing to reduce the detail clarity, colour fidelity or motion stability. Goblins, orcs and hobbits dart about the layered CG landscapes and sets without significant blur, successfully pulling you into the action.

More challenging video clips like moving SMPTE patterns and camera pans across empty football stadiums are assuredly handled, keeping strobing, flickering and moiré noise at bay. DVDs scrub up nicely too – our copy of Attack of the Clones looks clean, crisp and stable.

The deck wakes up in less than five seconds and loads most discs quickly, although it took 35 seconds to start playing the Java-heavy Terminator Salvation, which is slower than some rivals. 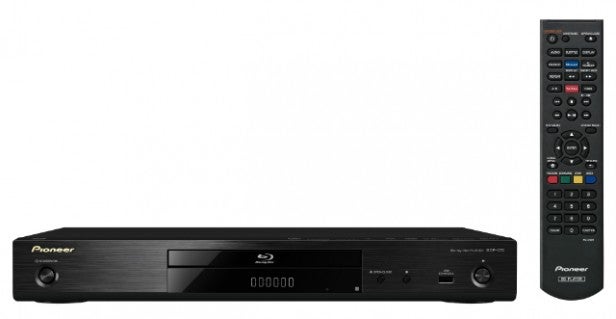 If you’re after extensive internet content, a jazzy operating system, 4K upscaling or an eye-catching design, then the BDP-170 probably isn’t the player for you.

But if you want a deck with superior build quality, top-drawer Blu-ray pictures and the ability to play a wide range of formats without fuss then it’s money well spent.

It carries out its duties smoothly whether you’re spinning a Blu-ray disc or streaming files over a network, and the solid bodywork is much better than you normally get for this sort of money.

It lacks the extensive web content and pizzazz of rival budget players but the BDP-170 is a solidly-built disc spinner with wide format support and useful wireless functionality.

Next, check out our pick of the Best Blu-ray Players