Let’s start this review by admiring Pioneer’s guts. For while history suggests that the more a company hypes a product the harder it is for us reviewer types not to ultimately feel disappointed when it finally arrives on our test benches, Pioneer has blithely gone about hyping its latest plasma TVs to the heavens.


So now that the first of these supposedly revolutionary new Pioneer sets – dubbed Project Kuro for reasons we’ll get to in a minute – are finally with us, surely they’re destined to fall short of the sky-high expectations their marketing has raised in us? Um, actually, maybe not…


Before we get into all of that, though, we’ve got a tonne of ground work to cover. Starting with that Project Kuro nickname Pioneer has given its new ‘08XD’ plasma screens.


Kuro is actually Japanese for ‘black’, suggesting right away that the colour black is somehow particularly important to what makes the new screens tick. As it happens they’re dressed – very nattily – in a minimalist high-gloss black finish. But this isn’t the reason for the fancy Project Kuro name. Rather it’s all to do with the TVs’ black level performance. 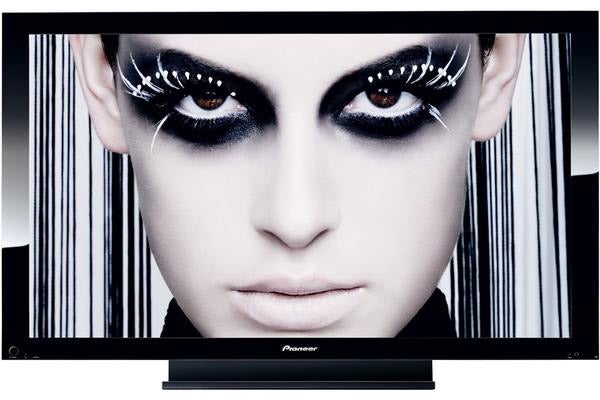 Put like that, Project Kuro sounds about as interesting as a bag of spuds. But if we tell you that in the opinion of pretty much every TV aficionado we know – including ourselves – black level is quite possibly the single most important element of a TV’s picture performance, then hopefully the fact that Pioneer is claiming the best black levels ever seen on a flat TV for its 08XD range starts to sound rather more exciting.


To put some numbers on Pioneer’s claims, the 50in PDP-508XD we’re looking at today boasts a claimed contrast ratio of 16000:1 – a huge 80 per cent improvement over anything Pioneer has managed before, and indeed the highest such figure yet claimed in the flat TV world. What’s more, unlike the contrast ratio figures of most LCD TVs, this figure is a ‘pure’ one, not dependent on any brightness-reducing ‘dimming backlight’ shenanigans.

Four key innovations have gone into making the world’s best flat TV black level, with arguably the single most important being a new Ultra Black Crystal Layer element that significantly boosts the speed with which the plasma chambers go through their charge/discharge cycles. This matters because it means a plasma pixel can go from white to pretty much total black in the blink of an eye, so that there’s no residual ‘greyness’ to reduce the black level in a dark shot.


Also important to the 508XD’s black level response is its screen’s use of a Direct Colour Filter arrangement instead of the usual glass, which results in a big reduction in the amount of contrast-reducing reflections from your living room.


Element three in the black level story is a new processing engine that treats dark scenes entirely differently to bright ones, while the final contribution comes from Pioneer’s uniquely deep-set plasma cell design – dubbed Deep Waffle Rib – that keeps leakage of light and colour between neighbouring pixels to an absolute minimum.


Heading now into slightly more prosaic territory, the 508XD has a sterling set of connections, dominated in fine style by three HDMI inputs. What’s more, these are no ordinary HDMI inputs, for they’re compatible both with the ‘CEC’ industry standard (allowing operation via the TV’s remote of any CEC-compliant source device), and with the 1080p/24fps ‘pure’ HD movie format used to encode the vast majority of films to HD disc. 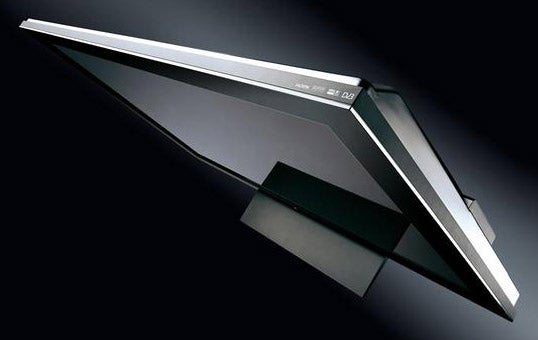 This latter feature has particular significance for Pioneer for two reasons. First, its debut Blu-ray player, the BDP-LX70, features a 1080p/24fps output. Second, the TV is highly unusual in carrying a special 72Hz mode that permits simple 3:3 progressive pull down of 24fps inputs. If that’s all just so much mathematical gobbledegook to you, then all you really need to know is that it should add up to a 1080p/24fps picture with less noise and judder in it than usual.


Next on the 508XD’s frighteningly long features list is its USB 2.0 input, which permits you to view your digital photos in high resolution via Pioneer’s impressive built-in Home Gallery software.


Then there’s the fact that the TV carries all the firmware necessary to have itself fine tuned by an Imaging Science Foundation engineer so that its picture is totally optimised to your particular living room conditions.

Really we could go on for days about all the various tricks up the 508XD’s sleeve, but with the weekend beckoning (!), we’ll restrict ourselves to wrapping up with a mention of a quartet of specialist noise reduction routines: Field NR, 3DNR, Block NR, and Mosquito NR.


And so we finally sit down and watch the 508XD in action. At which point it occurs to us that some days our job really isn’t too bad…


Not to put too fine a point on it, this TV’s pictures really are the very best we have ever seen on a flat TV. No probably, no arguably – they just are. By some margin, in fact.

Not surprisingly the single biggest driving force in this unique performance standard is the black level response. Really dark areas of the picture look just totally black, in a believable, grey-free way that suddenly makes us realise just how far away from a true black all previous flat TVs have been.


This means you can watch dark scenes without having to squint through even a trace of greyness, and without any loss of background shadow detailing.


There’s a further stunning side effect to the black level response during dark scenes, too, in the shape of outstandingly natural colours. It’s a simple law of TV pictures that if you can’t reproduce something approaching a true black, you can’t reproduce a totally true rendition of the colour spectrum. So by getting the closest we’ve seen to a true black, the Pioneer also produces the most expansive and natural colour palette we’ve seen. And so even skin tones during dark scenes – usually such a problem for flat TVs – here look completely believable.


Similarly, rich reds and greens avoid respectively the orangey and radioactive look that blights to some extent every other plasma TV around.

These facts are enough in themselves to make the 508XD at a stroke the most cinematic TV with predominantly dark films like Alien that we’ve ever seen. But the black level prowess certainly doesn’t only impact dark scenes. We’ve seen a moment ago how it helps the set deliver a wider colour palette, and this shines through during bright scenes gloriously – especially as the colour richness and brightness is given such a stark and dramatic counterpoint by the perfect black depth of any dark picture areas an otherwise bright shot might have.


Moving reluctantly on from the genuinely groundbreaking black level story, we also find the 508XD excelling in plenty of other areas. Its picture is remarkably sharp for a 1,366 x 768-resolution screen, with the most minute high definition details rendered beautifully without a trace of softness or noise. In fact, so crisp do HD pictures look that you can’t help but reflect that having a full HD pixel count can potentially have rather less impact on perceived resolution than other factors such as noise suppression and immaculate motion handling. 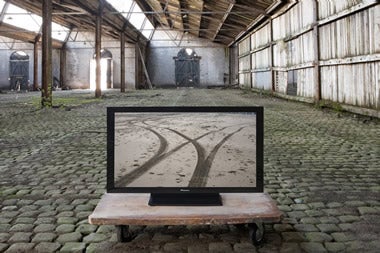 For yes, the 508XD does handle moving objects immaculately. There’s no sign of plasma’s tendency to produce dithering dot noise over motion, and remarkably little of the sort of judder you often see while watching films on a big TV. The Pioneer’s fluidity is particularly apparent while watching 1080p/24fps movies such as Casino Royale on Blu-ray in the TV’s special 72Hz mode.


Normally we like to counterbalance our praise of even the very finest TVs with a negative point or two. But try as we might, we simply can’t think of anything bad to say about the Pioneer’s pictures at all. In fact, if it wasn’t for the fact that Pioneer is flogging the screen at what has to be considered quite a premium price point, the only problem the brand might have with the 508XD is making enough of them.