It’s funny how so many things in life are cyclical. Just when you never thought something will never come back into fashion, it’s suddenly the next big thing. It happens in fashion, it happens in music, in literature and film.


Now, it seems, the comeback has finally hit the world of audio technology. So, just when you thought the idea of multi-room hi-fi had been consigned to the great bad ideas dustbin in the sky, back it comes with a vengeance. Everyone’s doing it: from Sky with its Gnome Wi-Fi radio to Sonos with its higher end wireless system. 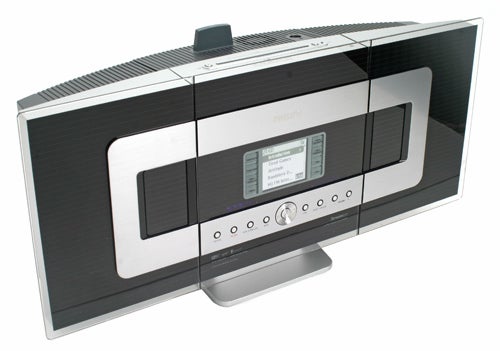 To be fair, though, it’s not solely in the interest of reviving an old, worn-out idea that devices such as Philips’ WACS700 multi-room music centre have started to appear. Technologies such as Wi-Fi and music compression are making such devices practical in a way that they never were back in the Seventies and Eighties, when you had to have a way with a drill and cable clips to set one up in your house.


Philips’ WACS700/05 music system is truly multi-room hi-fi for the wireless generation. It consists of a base station with a CD player and 40GB hard drive built in, plus a satellite unit, which receives and plays back music streamed wirelessly from the base station via built-in 802.11g adapters in each unit. In fact you can connect up to five satellite systems to the WACS700/05 base station and play different music simultaneously on each one – an impressive feat. Oh, and each unit has an FM tuner built in too. 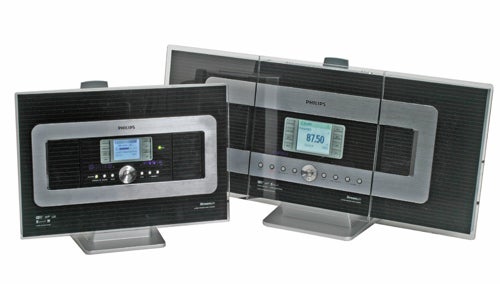 Being able to play whatever music you like without having to hunt through hundreds of badly organized CDs has always been one of the great benefits of MP3 players. But this system takes the convenience to a whole new level. You don’t even have to connect it up to an existing wireless network or PC for it to work properly – just drop in a CD into the slot on the top of the music centre, hit record and it will convert it to MP3 format for you. However, only 128Kbps and 160Kbps bit rates are available. The WACS700/05 has a copy of the Gracenote database stored locally, so it can apply track and artist names without having to connect to the Internet and this is upgradeable via connection with your PC.

Fortunately, if you’ve already ripped your entire CD collection to your PC’s hard disk, you don’t have to go through the whole rigmarole of doing it again, disc by disc. The base station has an Ethernet connection for this purpose, and once set up, you can also send newly encoded albums to it over the wireless connection using the bundled Philips music management software. 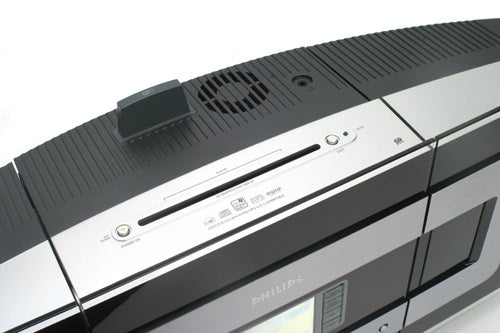 I had the main music centre set up in the lounge, with the station in the kitchen and it worked like a dream. Having my entire CD collection to hand while cooking the dinner, without having to clutter up surfaces with CD cases, is a real boon. Even at far ends of the house, with the centre downstairs and the station upstairs – and several layers of Victorian masonry in between – the streaming worked without a hitch. The two-way remote works nicely too, enabling you to browse your entire music collection on a backlit LCD screen – just as well as the screen on the unit itself is completely unreadable at a distance of more than about a metre and a half.


There are a few extra features which work very nicely too. The base station and satellite systems can be set up so that music ‘follows’ the listener from room to room. With this feature enabled, when you press OK on entering a room containing a music station it will start to play the same music you were listening to in the previous room. There’s also the facility to ‘broadcast music’. This plays the same music on all units simultaneously – what Philips calls the ‘party mode’. 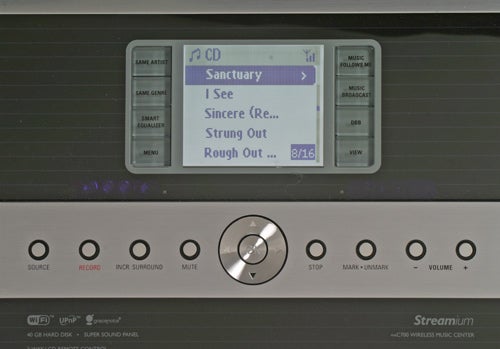 So far so good, but the system is not perfect. Though initial setup proceeded without a hitch, moving the station and centre around can cause problems that are harder to solve. After one particular relocation, the satellite just seemed to lose contact with the base station altogether and bizarrely, only by selecting the Station status option in the Station management menu did I eventually manage to re-establish the link.

Browsing through a large music collection is slow and tedious too, by iPod standards at least – basic artist, album and genre filters are available, but in each case you have to look through everything on the hard disk to find what you’re looking for. There’s no initial letter search and scrolling is slow too. I’d also liked to have seen more storage capacity too or at least the facility to expand it. With hard disks so cheap these days, supplying the WACS700/05 with just 40GB seems stingy. 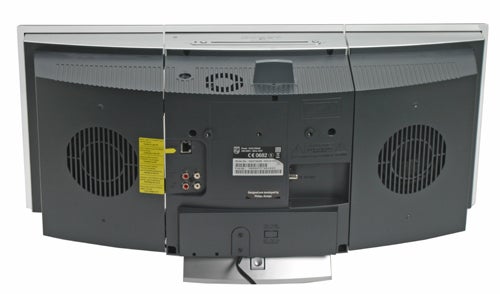 The centre can play back WMA, but won’t play AAC, so iPod and iTunes enthusiasts are left out in the cold and it won’t play OGG Vorbis either. More seriously, it won’t let you play downloaded copy-protected music files – almost unforgivable. And unless you have an infrastructure-based wireless network (using an access point or router), you can kiss goodbye to wireless connection with your PC too – it won’t work with ad-hoc networks.


On top of that, ripping CDs isn’t exactly quick: the first disc of The Very Best of the Gipsy Kings took a mammoth 20 minutes to convert at 160Kbps, at the ‘fast speed’ setting. And transferring CDs using the wireless connection is disappointingly sluggish. With the base station in the same room as my PC and wireless access point, an eleven track album took three and a half minutes to transfer. Connecting directly via the wired Ethernet connection didn’t improve matters much, with the same album transferring just 40 seconds quicker. 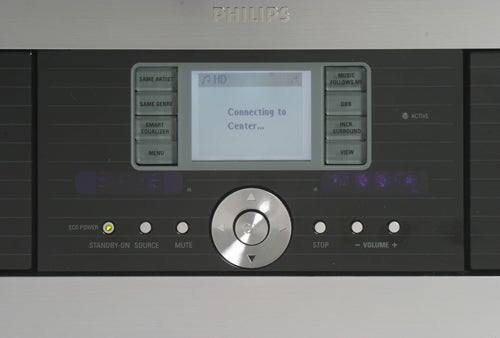 And although musically the WACS700/05 is perfectly acceptable, the sound quality is by no means the best you can get for this sort of money. The main problems are created by the unit’s construction and the built-in sub-woofers. While the system’s electrostatic flat-panel speakers create sparklingly clear mid- and high-notes, lower notes aren’t dealt with nearly as well. The plastic housing can’t help matters here – though the speaker chassis seem solid enough, the centre part of the unit at the back seems relatively thin and insubstantial.

The end result is a strange mish mash of the great and the distinctly average. On the one hand there’s a boxy, closed-in boominess to music. On the other, the electrostatic speakers create moments of true clarity and excitement. Ben Folds’ You To Thank, for example, kicks off with a real spring in its step with notes leaping out at you, but once the simple piano refrain gives way to complex chords and the tempo picks up, the sharp edges are rounded off, swamped by overbearing bass. The unit can’t create an amazingly wide sound stage either, as the speakers are a mere hand span apart and can’t be detached. 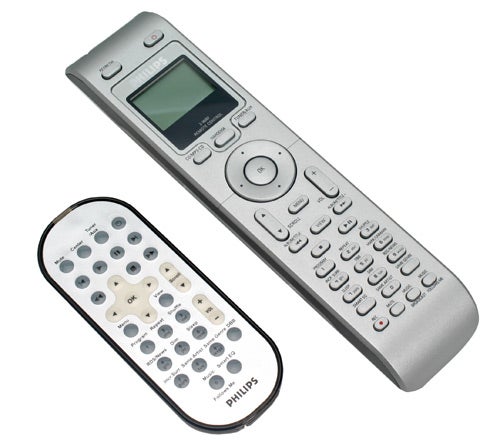 On the plus side the satellite system, while afflicted with similar foibles, doesn’t do a bad job of imitating its base station big brother. In other words, there’s not too much degradation in sound quality moving down from the bigger unit.


Despite the niggles I loved the convenience of being able to access my entire PC’s music collection in several rooms in the house at once. The system is very easy to set up at first, especially for those without a PC, and though it doesn’t boast the best possible sound quality for the money it’s by no means disastrous. I’d be happy to own one as a second music system – one for the bedroom, perhaps, and one for the kitchen.


There’s no doubt that the WACS700/05 does have plenty of shortcomings, some of them serious, which may well put some prospective customers off. But if you’ve just got to have a wireless multi-room system and don’t want to shell out the £900-plus starting price for a Sonos system, it’s one of the most cost-effective ways of doing it on the market right now, even at £539. 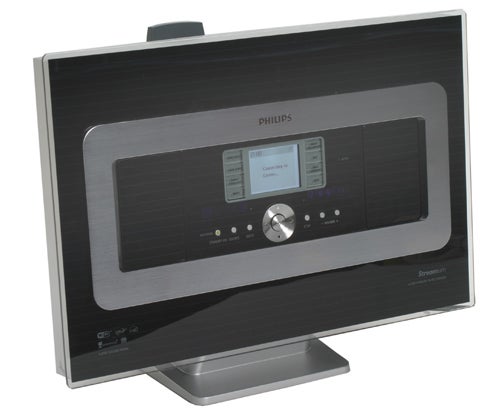