According to Moore’s Law, the power of processors (or more specifically the number of transistors we’re able to place on a given area of silicon), doubles roughly every two years. It’s a famous and often-quoted maxim in the technology world, and one that has held true every year since the phenomenon was first observed by Intel founder George Moore in 1965.


Funnily enough, the rule seems to apply to other areas too, not just processors. Take MP3 players, for instance. Four years ago, the maximum capacity iPod you could buy was 30GB; these days it’s 160GB – it’s doubled, roughly, twice. Two years ago, flash memory-based players maxed out at around 8GB; now 32GB players are commonly available. 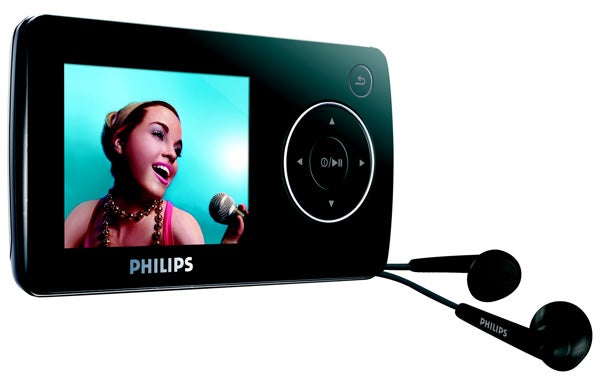 Prices in that time have seemed to follow a reverse Moore’s Law to the extent that good 1GB players can now be had for around £20 and 2GB players for £30. With its 2GB GoGear SA3225/02 coming in at £50 Philips is bravely trying to buck that inexorable trend, but can it do enough to justify the extra spend?


The first thing to point out is that this isn’t just an audio player; the SA3225/02 also plays video. It has a 1.8in, 220 x 176 pixel colour screen and will play back footage at a reasonably smooth maximum of 24 frames per second – that’s better than on the cheap but not so cheerful Trekstor i.Beat Motion I looked at recently. Video playback is a nice extra to have, and for short clips, it’s quite watchable on this device. But don’t expect to watch hour long TV shows or movies on it without going all squinty-eyed – it’s just too small for that. Format support is limited, too, to the rather awkward .smv file type. That means you can forget using your favourite conversion tool to transcode video to the SA3225/02 – you’ll almost certainly have to stick with Philips’ bundled converter tool. 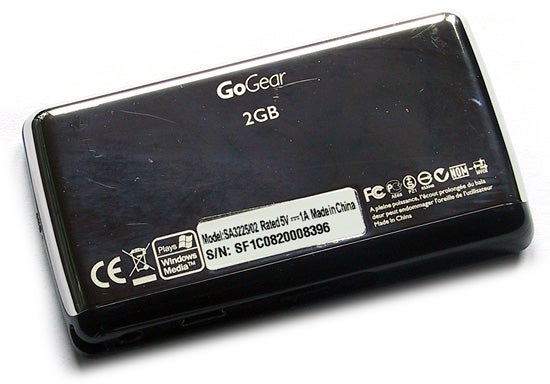 That said, with video at this end of the market still a novelty, that’s to be expected. But the rather limited format support extends to audio files as well. This Philips supports the bare minimum of formats: just MP3, WMA and WAV. There’s no support for the widespread and popular AAC file type, OGG, FLAC nor Audible’s audiobook format. It’s very disappointing, especially as elsewhere the features are quite impressive: you get an FM radio tuner with 20 presets and an external mic for recording audio directly to the memory. Claimed battery life is respectable at 20 hours for audio and four hours for video.


For a budget player, the SA3225/02 looks nice. Its polished steel rear is a world away from the plasticky i.Beat Motion, and the thick gloss-black front is luxurious indeed, though it does pick up fingerprints like a forensic scientist at a murder scene. It’s quite small and pocketable, too, measuring 213 x 135 x 43mm (WxHxD), though it’s not the smallest, neatest video-enabled player around by any means.

As with the SA5285/02 I reviewed last week – this device’s big brother – the front panel features a five-way clickable d-pad/thumb control next to the screen, with a hold switch on the bottom edge of the player and volume controls on the top. Interestingly there’s a button labelled Playlist next to the volume control, and this allows you to quickly add tracks, on the fly, to a custom playlist – a nice touch. 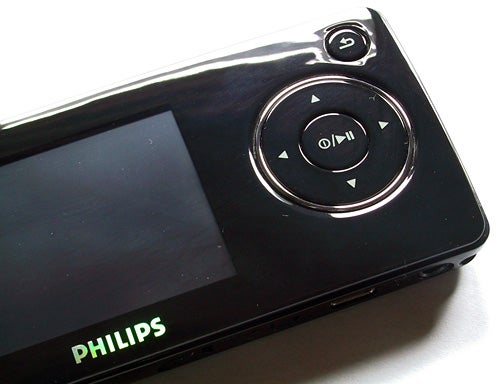 Though the player’s interface is relatively easy to get to grips with, the physical controls are not. As with the SA3225/02’s sibling, the d-pad isn’t very precise and anyone with large thumbs is going to have a tough time using it. Even with my small digits, I repeatedly pressed the centre select key when I was going for up, down, left or right. To compound this problem, navigating up and down long lists of tracks proved to be slow and sluggish – a real pain if you make a habit of shuffling hundreds of tracks from many different albums and artists to the device.


All is normally forgiven if sound quality is good, but here, again, the SA3225/02 is found wanting. I kicked off the listening tests with a recording of Mozart’s ”Requiem” encoded in WAV format – big choral works are always a tough test for cheap MP3 players such as this – and I was immediately underwhelmed. The first problem is that the SA3225/02 doesn’t go very loud. Most of the time, especially with ear-canal headphones, this won’t be an issue, but with classical music and the spoken word you’ll often want to boost the volume during quiet periods. And for those who don’t get on with canalphones, it may prove an insurmountable problem when listening in noisy environments. 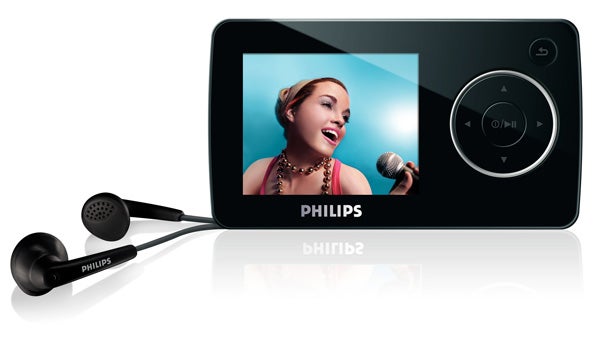 The second is that the sound quality, while acceptable, stands out in no particular way. It’s clean, clear and smooth, but compared to the SanDisk Sansa Clip (which has excellent sound quality for the money but is far from perfect) it’s flat, unexciting and uninvolving. Moving to something more mainstream and the free track – ”Strange Overtones” – from David Byrne and Brian Eno’s new album, the SA3225/02 fared better. The clean, rich sound seems to work well with more poppy tracks. There’s plenty of mid and low bass and this doesn’t overwhelm the top end at all. It’s a balanced sound, but again the Clip outdoes it, with punchier bass, crisper notes at the high end, and generally more involving sound.


There are no decent headphones included either – just a pair of average-sounding cheap earbuds instead of the decent ear-canal phones included with the SA5285/02, so there’s little to redeem it.


Despite the average sound quality, this video and audio player from Philips isn’t terrible. It’s nicely designed and has plenty of features. It’s certainly nowhere near as bad as the Trekstor i.Beat Motion.


However, it’s not special in any particular area either: its sound quality is average, file format support doesn’t stand out and ease of use isn’t up there with the best. If you’re desperate for video on the cheap, it’s a reasonable buy, but if I were in the market for a cheap digital media player, I’d forgo the moving pictures and opt for a 2GB SanDisk Sansa Clip for £20 less.