What is the Philips Brilliance BDM4065UC?

We’ve previously described 32-inch 4K monitors as “huge”, but they look Lilliputian when up against the Philips Brilliance BDM4065UC. This 4K panel has a 40-inch diagonal, and that doesn’t just mean it dominates desks – it dominates rooms, too.

This screen is vast, but it’s more expensive than the competition, too. Its £690 price means it’ll set you back far more than the Samsung U28D590D and the Asus PB287Q – 4K screens that have 28-inch diagonals and cost less than £500 and £600 respectively. 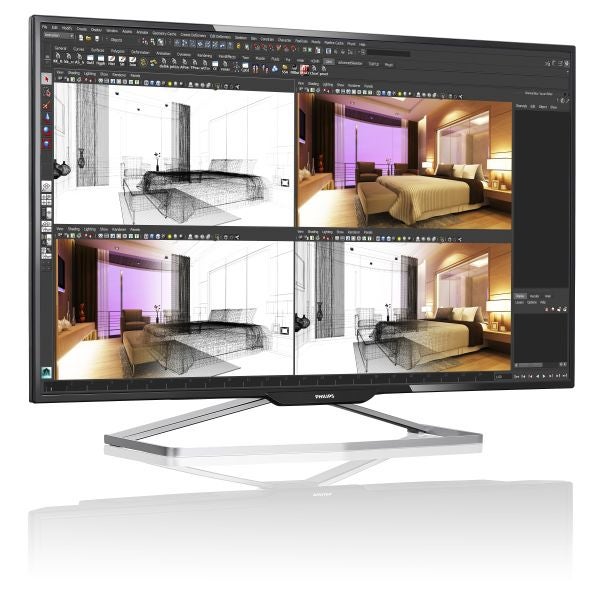 The Philips has practical elements that go beyond its sheer size. The 40-inch screen and 3840 x 2160 resolution means this screen has a ppi of 110 – a more manageable level than the 163ppi and 138ppi densities found on 4K screens with 27-inch and 32-inch diagonals.

The ppi level means this screen doesn’t have the pure sharpness of smaller 4K panels, but it is more practical. Icons and text are sharp and rendered at manageable sizes, so there’s less need to squint at impossibly tiny features or use Windows 8.1’s scaling options make the panel usable.

The panel is a VA unit with a W-LED backlight. The former technology should ensure that this screen has inky black levels, decent viewing angles and good brightness – all attributes we crave on versatile monitors. The VA technology does mean that response times might not be great, though, and we’re intrigued to see how the W-LED backlight performs, as it’s one of the cheaper backlight technologies around.

It’s a good-looking unit. The screen is surrounded by a slim, glossy bezel that bulges at the bottom to house a touch-sensitive Philips logo that acts as the power button. The stand is slim, metallic and looks more like the sort of kit you’d find on a high-end TV. It’s not too huge, either – its 9.7kg weight and 213mm depth are high, but not unreasonably so. 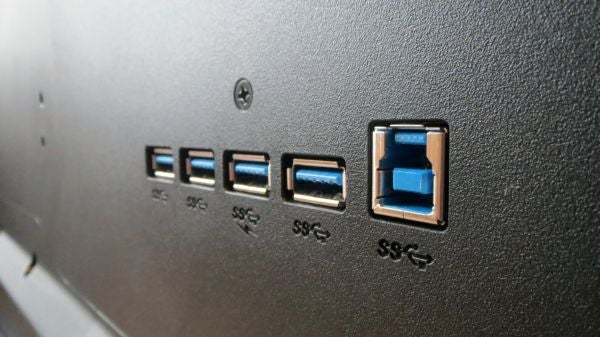 It’s littered with connectivity, and we’re pleased the ports are installed in sensible locations – they’re more manageable than vertical connections, or ports marooned in the middle of the vast rear panel.

The left-hand edge has two HDMI connections, full-size and mini DisplayPort sockets, a D-Sub connector and two headphone jacks, with only DVI missing from the loadout. The left-hand side of the rear panel has four USB 3 connections, with one that supports fast charging.

The full-size power connector sits on the right-hand side of the rear panel, and there’s a physical power switch – handy if you want to turn the screen off entirely rather than rely on stand-by.

There’s one area where the Philips is just too large to compete with its rivals, and that’s the stand. The BDM4065UC has no movement options – so the screen’s angle, height and swivel can’t be adjusted. It does support the VESA 200mm standard, but that’s it. The Samsung and Asus screens are both far more versatile.

Audio comes from two 7W speakers. They’re extremely loud, but we wouldn’t use them for games, movies or music. The bass isn’t deep enough to prove satisfying and it doesn’t have much nuance, but it’s dominant here – so the weak mid-range and high-end is totally overwhelmed.

A few other high-end features are absent, noticeably hardware calibration and human motion and ambient light sensors. You’ll only get features like that if you buy a screen like the Samsung UD970, but professional panels regularly cost more than £1000. 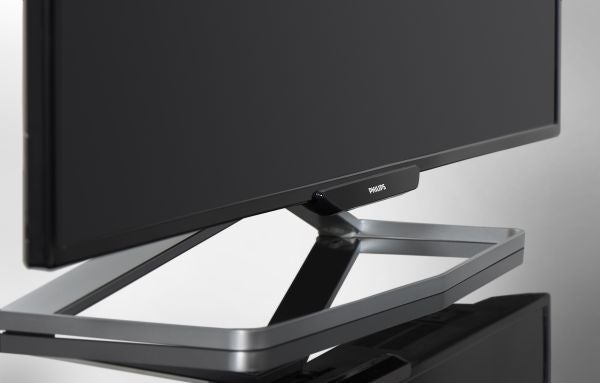 The Philips comes in three parts: the screen, the stand, and a small metal unit used to attach those two major components together. It’s easy enough to put the panel together, but it’s a tad time-consuming: four screws are required to attach the stand to the metal middle unit and, once that’s slid inside the screen, another four screws are required.

It does help the Philips feel sturdy, and we’re pleased that the good build quality extends throughout the rest of the unit.

The BDM4065UC’s on-screen display is controlled by a small joystick installed in the right-hand corner of the rear panel. It’s an initially confusing system that takes a fair bit of getting used to: pressing the joystick left selects image modes, pressing upwards opens picture-in-picture options, and a downward shove loads audio options. Angling the joystick right loads the main menu, but pressing the stick like a button doesn’t actually do anything.

The menu is sensibly-designed and fast to use, but it doesn’t properly deploy the screen’s 4K resolution, so it’s large and pixellated – a far cry from Samsung’s slick, sharp software. The joystick makes its presence felt here, too; pushing up or down moves horizontal menus left and right, and horizontal joystick pushes are used for much of the navigation.

At least the categories are organised sensibly. Input and audio options have their own menu, and the Picture category contains brightness, contrast, gamma, response time and contrast settings. Colour adjustment has its own submenu, too.

Many of these options are replicated in the Philips SmartControl software, which allows adjustment from within Windows. This tool’s categories broadly mirror those found in the on-screen display, and SmartControl also includes several power consumption options and a calibration tool.

The final setup option concerned DisplayPort. By default the Philips uses DisplayPort 1.1, which only supports 4K at 30Hz. To get 60Hz at 4K working properly, we delved into the OSD and changed the relevant option in the setup menu.